The Atlanta Falcons are, essentially, a mess.

Off to an 0-5 start with fourth-quarter collapses in Weeks 2 and 3, owner Arthur Blank fired General Manager Thomas Dimitroff and coach Dan Quinn — glorified as architects of Atlanta’s Super Bowl team just three and a half years ago — and Bob Kotwica, a little-known special teams coordinator who had a whole lot to do with Blank reaching his breaking point before the middle of October.

Next up is a trip to Minneapolis and U.S. Bank Stadium on Sunday. The 1-4 Vikings don’t fashion themselves as a mess quite yet. But they are on edge about facing a team that has nothing more to lose and every reason to play without a hint of conventional restraints.

“They may be more aggressive,” Vikings coach Mike Zimmer said.

“We have to be prepared for any and all, and that’s what we’ve told the guys,” Maalouf said. “Some things I think will stay the same, but we’re ready for fakes, we’re ready for formations that we haven’t seen.

“If you prepare for the unexpected but stay within your scheme and what our guys understand, I think everything will work out for the best. But we have to be ready for pretty much anything.”

Falcons interim coach Raheem Morris, elevated from defensive coordinator, hasn’t been a head coach since going 17-31 with no playoff appearances with Tampa Bay from 2009-11. He said he doesn’t feel like an interim coach because there’s still 11 games left. As for being aggressive on game day, he’s all in.

“He wants to make an impact, he wants to put his résumé on film as well,” Maalouf said. “It’s important that we’re prepared for everything they could throw at us, and we’ve taken the time to actually do that.”

There shouldn’t be much pressure on Parmalee. Kotwica oversaw one of the league’s worst units in the 21 games he lasted after leaving Washington for Atlanta.

He also caught Blank’s public ire last month when the Falcons became the first of 441 teams since 1933 to lose while scoring 39 points without a turnover.

Atlanta’s 19-point lead against the Cowboys was down to two — 39-37 — with 1:49 left. All the Falcons had to do was recover the onside kick — a virtual lock considering the recent rule changes against the kicking team using running starts and overloads to one side of the field.

Dallas kicker Greg Zuerlein spun the ball off the tee. The Falcons could have recovered and ended the game but backed away, waiting for the ball to travel 10 yards before the Cowboys recovered en route to kicking the game-winning field goal.

Doh! Rules prohibit only the kicking team from touching the ball before it travels 10 yards.

“Clearly our players, you know, didn’t do either what they were instructed to do and they didn’t understand it,” Blank said. “In my view, they didn’t clearly understand what the rules were and what they had to do. That’s demonstrated when you watch the video.”

That contradicted what Quinn told reporters. A week later, Quinn — forever tied to blowing a 28-3 lead to Tom Brady in the Super Bowl — added a blown 16-point fourth-quarter lead against Chicago.

Two more losses and, well, the Falcons are a mess — one the Vikings hope to sidestep without getting any dirtier than they already are. 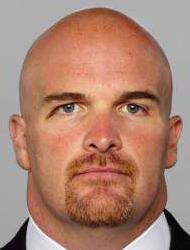 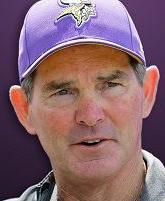