Become a Member
Read Today's E-edition
Share This
What is Pride in Minnesota in 2021?
0 comments
Share this
1 of 4 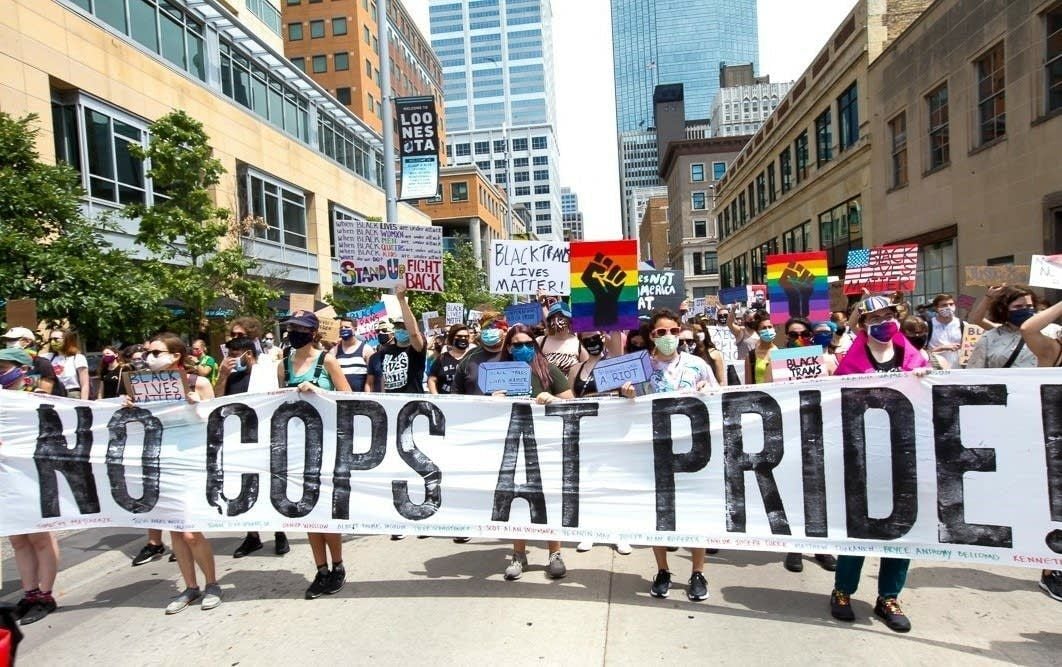 2020's Taking Back Pride march in Minneapolis. This year, protesters will again ask for no cops at Pride festivals, justice for those killed by police, protection for Black trans people and community control over police. 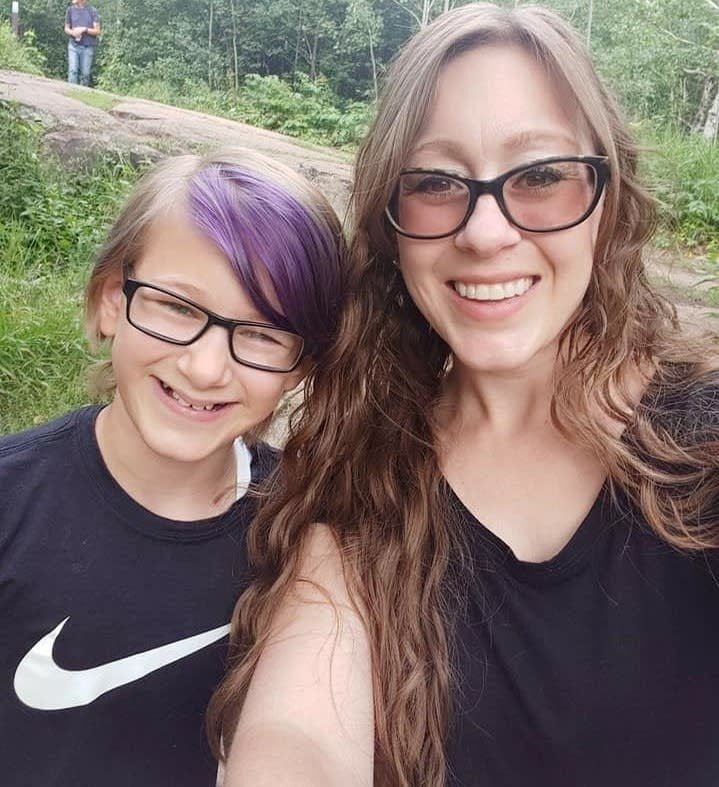 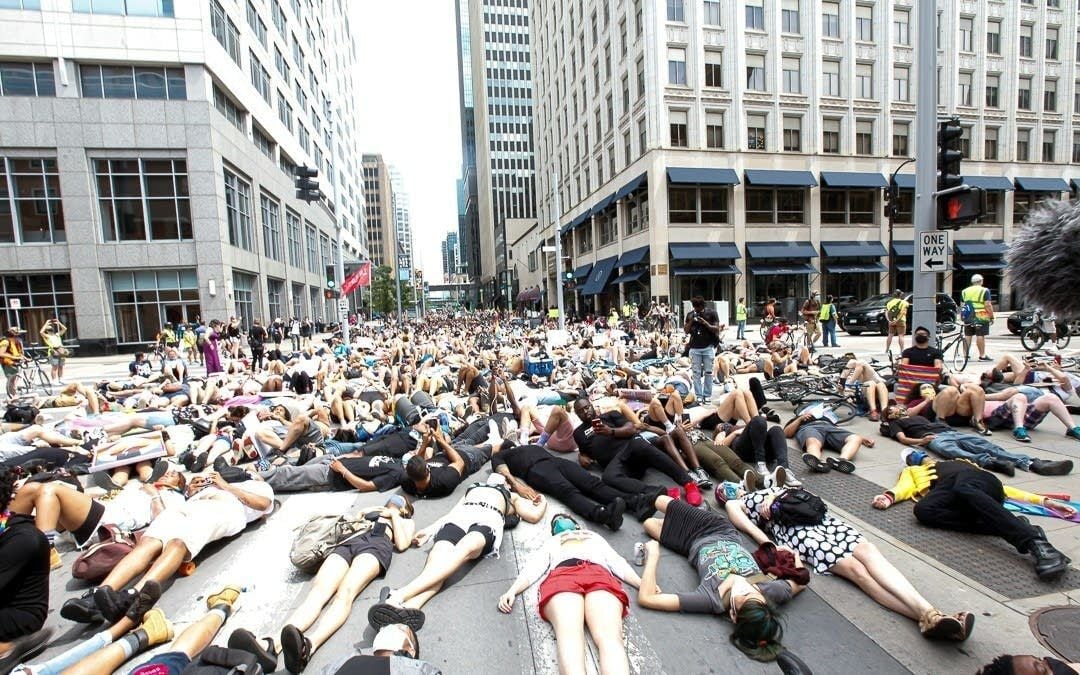 In Minneapolis' Taking Back Pride march in 2020, people participate in a die-in. 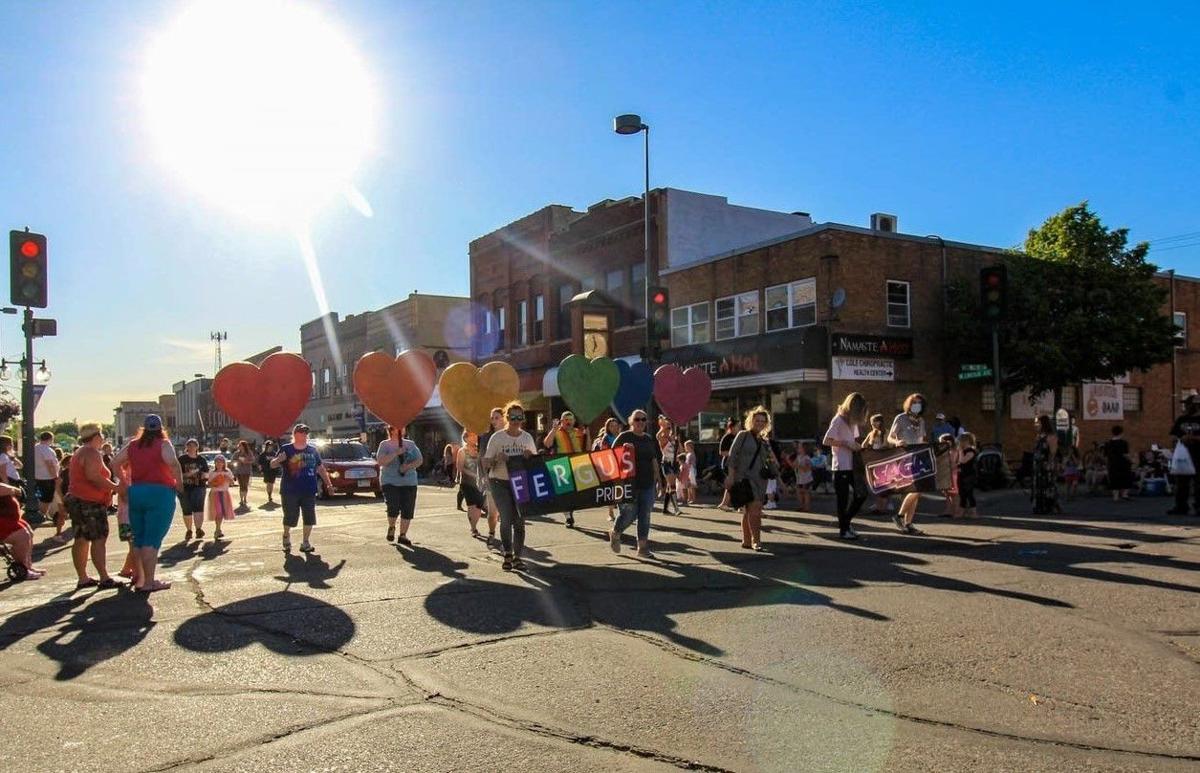 Minnesota is a changed state in innumerable ways since George Floyd’s murder and the toll of COVID-19. The approach to recognizing LGBTQ Pride month is no exception. After missing 2020, the official Twin Cities Pride festival is back on this year, in July instead of its usual June. Across the state, LGBTQ Minnesotans and their loved ones are gathering again to commemorate history, build community and seek justice.

The Rehbein family are self-described introverts, but a special event is getting them out to socialize Saturday. In their home of Duluth, local organization Trans Plus will host a potluck in one of the city’s many parks. Rachel Rehbein and her husband will attend together with their 11-year-old son Preston.

Preston, who goes into sixth grade this fall, is excited for the chance to meet new people. “I think it’ll be a lot of fun,” he said.

This is the family’s first Pride event since Preston came out to his parents as trans. The weekend potluck is meant for Duluth’s trans community to gather with family and friends, share a meal and play games.

Rehbein is a therapist who works with area trans youth. She’s supported other trans kids before, and now she’s doing the same for her son.

“I think it’s beautiful for him to be able to see especially adult trans people that are living their lives and their full identity and their full truth,” she said. “I think that’s really important for him to see and be around.”

Prior to Saturday, Preston hasn’t yet had an opportunity to meet and hang out with other trans people.

“I’m a bit scared because I’ve never been to a potluck like this before, but at the same time I’m really excited to meet new people,” he said.

As he gears up for middle school, Preston will spend his summer swimming with his best friend and playing with their dogs.

“I’m just so proud of him,” his mother says.

For the fifth year, the Taking Back Pride march will head through downtown Minneapolis, asking for no cops at Pride festivals, justice for those killed by police, protection for Black trans people and community control over police. Counter to Twin Cities Pride, this protest march refuses law enforcement and corporate representation. Instead it’s rooted in the more radical origins of Pride — the Stonewall riots of 1969 were in response to police violence.

This year, protestors also demand convictions for all officers involved in the killing of George Floyd and justice for Daunte Wright and Winston Smith, who were both killed by officers in Minnesota in 2021.

“The verdict came out, and folks were asking that the police not be [at Pride] that year,” said TCCJ4J organizer Sam Martinez. “That didn’t really seem like an option for the traditional Twin Cities Pride committee, so because of that folks got together and were like, ‘We’re gonna stop the Pride parade.’ ”

New York City has banned uniformed law enforcement from participating until at least 2025. Martinez says this reality seems not so far off for the Twin Cities, too.

“I could totally see in the next year, Twin Cities Pride in the park not having police,” they said. “Maybe five or six years ago that seemed so far away from happening.”

Taking Back Pride has been in conversation with Twin Cities Pride over the years, whose organizers say they’re open to not having police at their events but haven’t committed to doing so.

Martinez points to former Minneapolis police officer Derek Chauvin’s guilty verdict in the murder of Floyd as a sign of progress toward that goal. Sunday’s Taking Back Pride march begins at noon with opening speeches at The Commons downtown and ends in Loring Park.

Cities from all over Minnesota host their own Pride festivals independent of Twin Cities Pride: Taylors Falls, Hastings and Golden Valley, to name a few.

Fergus Falls in northwestern Minnesota is adding itself to that list, with its inaugural Pride happening this weekend. Hosted by LGBTQ youth organization SAGA Youth, Fergus Pride is three days of events, including a sold-out drag show.

“I initially created this group because I knew kids here needed it,” Frandson said. “I just didn’t know it would be such a huge impact.”

After the parade, Frandson got messages from residents about how meaningful it was to see them marching down the street.

“We do live in a small, conservative town,” Frandson said. “A lot of these kids — they want to connect with other LGBTQ kids.”

The weekend Pride events, though, aren’t just for youth. In addition to Saturday’s drag show, there was also a Friday night Pride party at Fergus Brewing Company.

In putting together the roster, Frandson asked local businesses for ideas or if they were interested in hosting an event. Some said they wanted to help out but that they were worried about how it would affect their bottom line.

“It’s a real problem here. It’s a mentality,” she said. “We get snarky comments on Facebook like, ‘When do we get straight weekend?’ And then people will say things like, ‘Fergus Falls should focus on keeping businesses here instead of doing things like this where people will leave.’ ”

Some LGBTQ people from Fergus Falls, though, have left because of this intolerance. It’s harmful. Several of the drag queens performing Saturday grew up in Fergus Falls, moved elsewhere and will make a righteous return to perform.

“Mrs. Moxie from Minneapolis contacted me saying, ‘I grew up in Fergus Falls, and I wanna stick it to ‘em,’” Frandson said.

All the queens on stage this weekend either live in Fergus Falls or are from there originally. The first annual Fergus Pride — and Frandson said this year is just the beginning — concludes with a Sunday picnic on the beach at Pebble Lake.

Winona State University has been recognized as the No. 1 public school in the State of Minnesota, according to U.S. News and World Report’s 20…

Body found in Wyoming believed to be Gabby Petito

Authorities say a body discovered Sunday in Wyoming is believed to be Gabrielle "Gabby" Petito.

Throwback Thursday: The Second Street Houses were closed... but not for long

This story originally appeared on Nov. 21, 1976, in the Winona Daily News.

Five Saint Mary’s University seniors are currently laying the tracks for research in a newer, lesser-known area of ecological study.

2020's Taking Back Pride march in Minneapolis. This year, protesters will again ask for no cops at Pride festivals, justice for those killed by police, protection for Black trans people and community control over police.

In Minneapolis' Taking Back Pride march in 2020, people participate in a die-in.