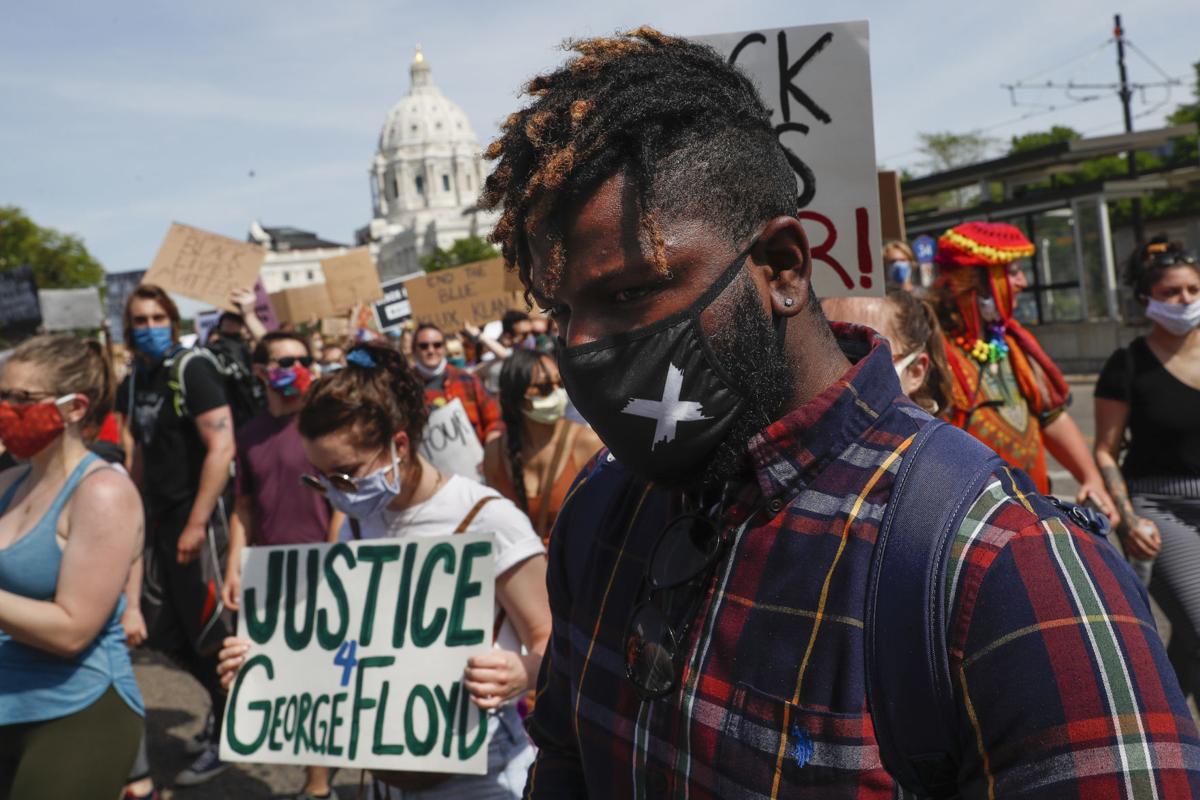 Protesters march away from the Minnesota State Capitol, Sunday, May 31, in St. Paul. 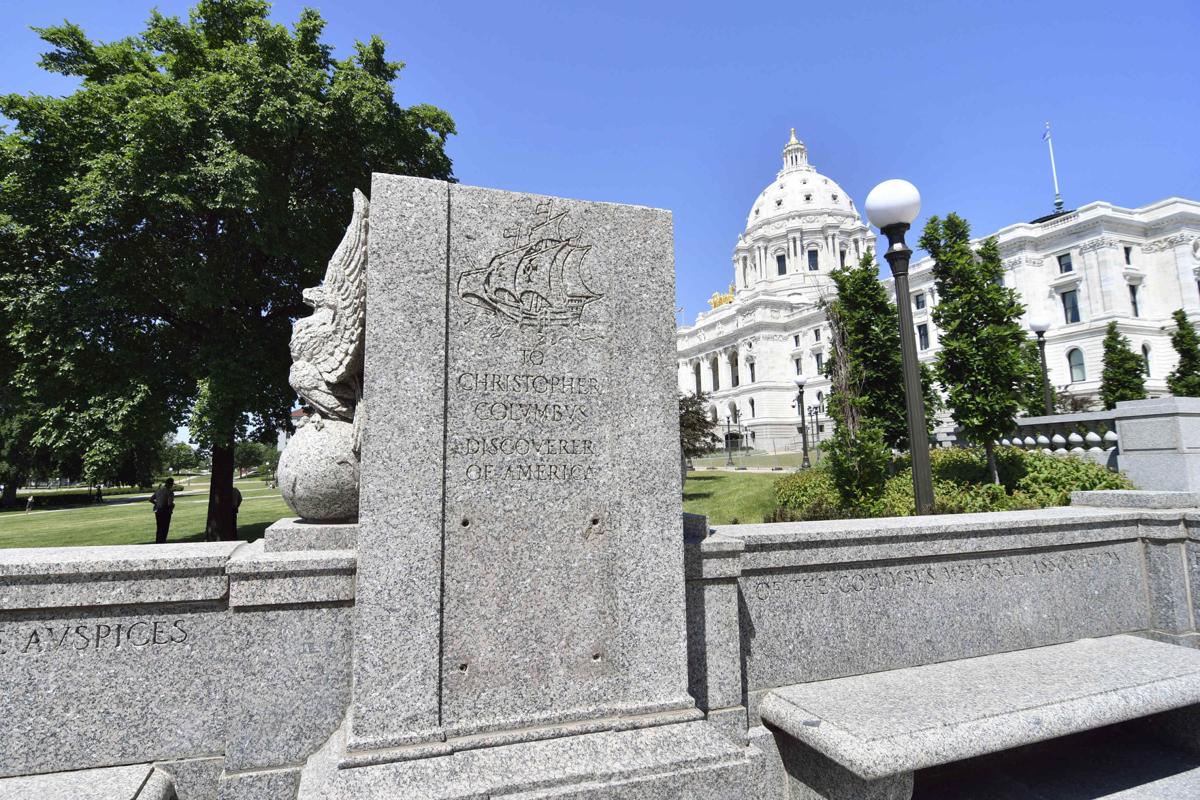 The pedestal which held the statue of explorer Christopher Columbus stands empty Friday, June 12, with the Minnesota State Capitol in the background. The statue which stood in place for decades, was pulled down by protesters.

COVID-19 upended the 2020 Legislature just as it upended business, education and life in general.

Lawmakers worked an unusual session in spring, sometimes reporting for duty remotely, and they gathered for a special session in June.

Agendas from February fell to the wayside, but legislators did pass 52 new laws in the regular 2020 session, including funding for COVID-19 response. They agreed on 10 new laws in the June special session. But they disagreed on plenty and couldn’t finalize a bonding bill or a police reform package.

Lawmakers may return to St. Paul if Gov. Tim Walz seeks to extend his emergency powers or if they find agreement on their major proposals.

Here’s a quick rundown of what lawmakers passed and what they didn’t pass so far in 2020.

Democrats and Republicans have long disagreed on how large a 2020 bonding bill should be. In January, Gov. Tim Walz recommended the state take on debt for $2 billion in bonding for state projects.

Committees traveled the state to visit potential projects that could benefit from those funds, including an industrial park in Becker.

After COVID-19 hit, House and Senate leaders expressed a desire to come together on bonding. But House Republicans wouldn’t support a $2 billion plan at the end of the regular session. And after the June special session, Sen. Jeff Howe, R-Rockville, said in a statement that the House didn’t consider a bonding bill within the Senate’s schedule.

Lawmakers agreed on several bills to fund the state’s response to COVID-19, beginning on March 9 with a $20.9 million measure. It was the first bill in the session to pass.

On March 17 they agreed on a $200 million spending package for the public health response contingency account and a health care response fund.

Less than two weeks later, the Legislature approved a $330 million financial aid package to help state agencies respond to the pandemic, provide grants for child care for essential workers and for small businesses.

People who want to buy tobacco in Minnesota must be 21. This comes after municipalities started to raise the purchasing age of tobacco from 18.

It’s an effort to reduce smoking in the state. Other states have passed similar measures.

The House and Senate could not agree on police reforms despite interest on both sides after the May 25 death of George Floyd in Minneapolis police custody sparked protests around the nation and overseas.

The Senate had 11 police accountability bills, including a ban on chokeholds. The House had 22, which included a provision to let convicted felons vote, according to Howe.

In mid-April lawmakers passed the Alec Smith Insulin Affordability Act, named after a patient who died after rationing his insulin.

The bill established an insulin safety net program to provide 30 days of insulin for people who cannot afford it and need it urgently, as well as a longer-term program for people who struggle to afford necessary insulin.

The measure had been in the works for more than a year. Insulin manufacturers must have policies in place to comply by July 1.

With restaurants largely closed due to the pandemic stay-at-home order, lawmakers passed a law to allow them to sell beer, wine and cider with take-out orders. It passed in mid-April and took effect immediately.

Minnesota 16- and 17-year-olds used to be able to marry, with their parents’ permission. Lawmakers agreed in May that people must be 18 to marry in Minnesota and required proof of age.

The law establishes a new energy transition grant program for communities that face the closure of a local electric generating plant.

And here are some other new laws:

Essential workers who tested positive for COVID-19 were promised worker compensation by law in April.

The Rural Finance Authority received $50 million for loans to farmers in March.

A public safety bill bans police use of facial recognition technology without a warrant and limits the use of government drones.

Starting in November all law enforcement bodies must use the same policy on lineups, which are used when eyewitnesses identify suspects. Witnesses must be told the perpetrator may or may not be in the lineup.

A new law allows teens 16 and up to operate lawn care equipment and amusement rides at work, so long as other conditions are met.

People who provide hairstyling or makeup services don’t have to be licensed in the state. Other cosmetology services still require licenses.

The Opiate Epidemic Response Advisory Council has $2.7 million to distribute in grants next year. And the commissioner of human services received other funds to help address opioid abuse in the state.

Sirens blared in multiple cities in Winona County Sunday night as a likely EF0 tornado was spotted between Wilson and Stockton about 8:40 p.m.…

Protesters march away from the Minnesota State Capitol, Sunday, May 31, in St. Paul.

The pedestal which held the statue of explorer Christopher Columbus stands empty Friday, June 12, with the Minnesota State Capitol in the background. The statue which stood in place for decades, was pulled down by protesters.