Become a Member
Read Today's E-edition
Share This
Walz fights to a draw, comes away with a win
0 comments
Share this

ST. PAUL — A mere nine days ago, Gov. Tim Walz faced a united Republican front intent on blocking the first-term DFL governor’s top legislative priorities — and the specter of a government shutdown if he couldn’t get his first budget passed by July 1.

With the $48 billion, two-year budget soon to arrive on his desk, many of Walz’s priorities were left out: No bump in the gas tax for roads, no sales tax hike for metro transit, no paid family leave and a school funding increase that will maintain the status quo but not much else.

Lock arms with the opposition and call it a win.

“I’m very proud to be able to stand here and bring in a budget deal standing alongside the Republican majority leader, delivering things that I think make Minnesota better,” he said in an interview, referring to Sen. Paul Gazelka, the GOP’s point man in the budget talks.

People around the State Capitol, including Republicans who tried to thwart Walz’s election last year, credit him with an agile bit of statecraft, even if it took a special session to wrap up the budget. He fought to a draw and transformed the deal — and his first legislative session — into a victory.

“He campaigned on finding common ground, and in the end they accomplished that and he deserves credit,” said Doug Loon, president of the Minnesota Chamber of Commerce, which opposed much of Walz’s agenda and is one of the GOP’s most stalwart supporters come election time.

Rarely does an elected official win kudos from the likes of both Loon and JaNae’ Bates, a minister and spokeswoman for Isaiah, a progressive faith group. “Walz has been fighting hard for Minnesota families,” she said.

In a time of increasing political polarization, with many Democratic activists feverish for robust anti-Republican rhetoric, Walz ran on a theme of “One Minnesota.”

The first budget deal of his term enables Walz to claim he’s governed that way as he barnstorms the state, building more political capital and crafting state government in his own image.

“He came in with a unity message, and he’s leaving with a unity message,” said Bob Hume, a DFL operative who served former Gov. Mark Dayton for eight years. Rather than let the clock run out on the legislative session and use his megaphone to travel the state and hammer the Republicans, Hume said, “He chose the high ground, wrapped his arms around compromise and declared victory.”

But some Republicans say Walz was ready to take the state on a binge of higher spending and taxes if the Senate GOP hadn’t stopped him.

Republican operative Gina Countryman, a longtime Walz-ologist who runs a GOP-leaning group that tried to beat him last year, said Senate Republicans saved Walz — and Minnesota — from himself.

She pointed to his lengthy list of proposed tax and fee increases on drivers, businesses and even canoers. Those all landed with a thud, allowing Republicans to brand the new governor as out of touch with ordinary Minnesotans.

“Republicans in the Senate stood their ground and stood up for the taxpayer,” Countryman said. “The stakes are higher for the 2020 election, because think of what he can do if he can get rid of Senate Republicans as a negotiating partner?”

Walz and his staff still were nearly ecstatic with the results.

On the policy side, he pushed Republicans to increase school funding during the next two years by more than $1.25 billion compared to the current biennium, or 6.7%. The per-pupil funding formula will increase 2% each year, or quadruple the original Republican offer. He also beat back one of the Republicans’ most cherished goals — tax credits to people and institutions that provide scholarships to students to attend private schools. Walz and his allies in the state teachers union consider that a back-door voucher program.

“The governor has no bridges to repair with Education Minnesota,” said Denise Specht, president of the state teachers union.

Walz scored his most important policy victory on a health care tax that Republicans sought to kill off. Set to expire at the end of this year, Walz negotiated to keep it in place, albeit decreasing from 2% to 1.8%. The hundreds of millions of dollars it raises are increasingly important for the state’s health and human services budget. For years, its impending expiration has loomed like a giant storm system for state budget writers.

Still, the cut in the health care tax, coupled with a middle income tax cut of 0.25%, means state government gets less money than if current taxes had stayed in place. On that, Republicans could claim victory too.

Walz turned to the Washington playbook he learned during a dozen years in Congress to make it all work. In a bit of creative accounting, the deal banks on revenue results continuing to beat expectations, while taking from the state’s rainy day fund.

Walz was also instrumental in resurrecting a compromise wage theft bill that was an important priority for the building trades unions. He signed bills aimed at stemming the opioid epidemic and protecting seniors and vulnerable adults.

More than any policy victory, however, Walz seems most pleased that he and the nation’s only divided state legislature showed they can govern together.

At last week’s news conference to announce the deal, Gazelka and DFL House Speaker Melissa Hortman beamed beside Walz while he raised his arms as if to signify a touchdown — an indelible image for his first session.

“He’s shown he can govern,” Gazelka said. The Nisswa Republican, who scored his own victory by staving off Walz’s gas tax proposal and winning the state’s first income tax cut in decades, said Walz earned his respect by acknowledging where government is failing.

Gazelka cited Walz’s decision to shelve the state’s troubled driver’s license and registration system, known as MNLARS, and turn to a private software solution as a meaningful olive branch to Republicans exhausted with bureaucratic failure.

“There’s so much pressure, lots of emotion, lots of frustration and yet somehow we figured out how to do it. And it’s because we had a good relationship,” Gazelka said.

The Senate majority leader brought Walz a framed Steve Sack cartoon satirizing their time on the boat during the Minnesota fishing opener two weeks ago, when they were seemingly miles apart in the negotiations.

CALEDONIA, Minn. — There might have been a little extra spring in Eli King's step as he roamed, dribbled and shot a basketball in the Caledoni…

Hair loss beginning 2-4 months after a COVID-19 infection has become recognized as a potential result of the infection. The process is called … 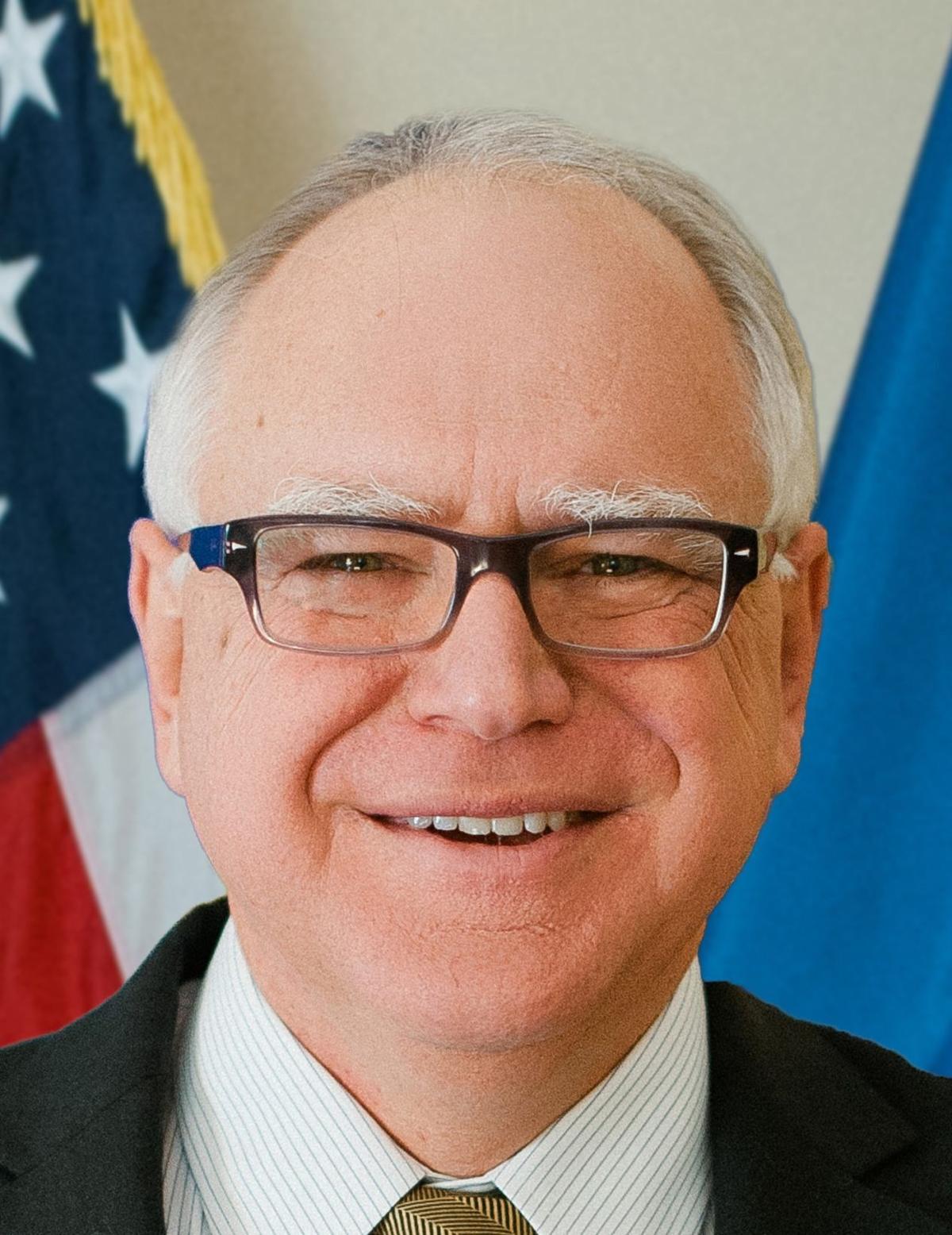 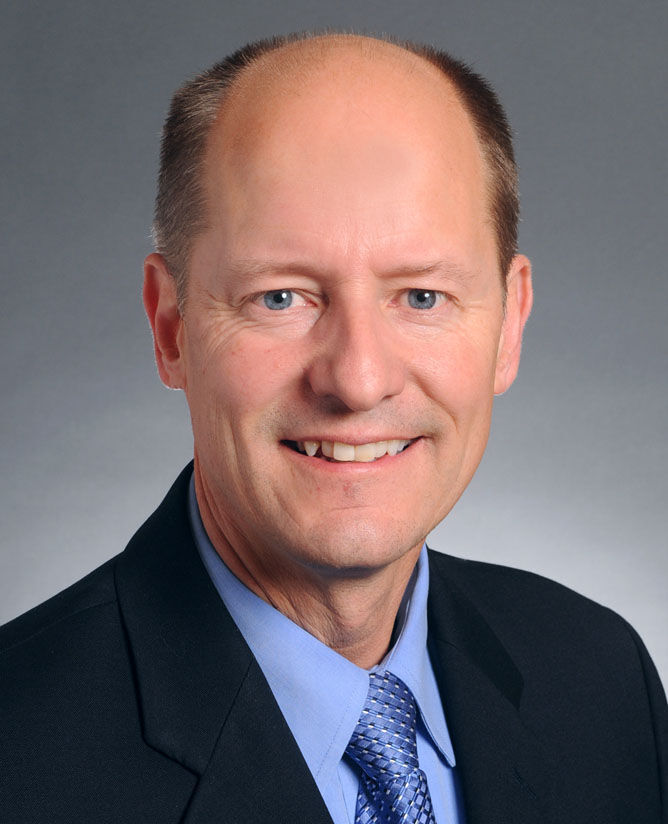