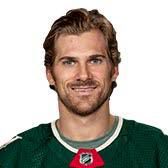 ST. PAUL — The Minnesota Wild dug themselves out of one hole already this season. Can they do it again?

After a 1-6-0 start to the season, Minnesota went 18-9-5 to pull within a point of the eighth playoff spot in the Western Conference, ninth overall after a 6-4 victory at Colorado on Dec. 27.

That, however, has evaporated quickly.

After a ragged, 4-1 loss to the Vancouver Canucks on Sunday at Xcel Energy Center, the Wild found themselves 11th in the West and seven points behind the final wild-card spot held by Edmonton.

“There’s no panic; there’s a lot of time left in the season,” winger Jason Zucker said. “But I think we have a few things we need to shore up, and one of them is we need to start burying some of these chances that we’re getting.”

Minnesota had a large handful of chances on Sunday, a few after pulling goaltender Devan Dubnyk trailing 3-1 with 2:26 left in the game. But they couldn’t solve Vancouver goaltender Jacob Markstrom, who stopped 23 of 24 Wild shots.

Zucker returned from a nearly month-long injury absence on Sunday, yet his 12 goals in 34 games still rank third on a team that has scored just once in four of its past six games (1-4-1) — five of them at home. He had seven goals and five assists in 14 games for the Wild before fracturing his right fibula Dec. 15 at Chicago. The Wild were 9-2-3 in those games and had pulled back into the playoff chase.

They’re in another hole now but play 11 of their next 13 games at the X.

“We looked at January as a homestand, and we haven’t really done much to it. It’s frustrating,” said Marcus Foligno, who scored the Wild’s goal Sunday on a breakaway. “You can’t stop. We can still salvage it and get it back before all-star break (Jan. 23-31) to make something out of it. These efforts, these games, they stink. That’s all it is.”

Elias Pettersson, Bo Horvat (twice) and Troy Stecher scored for Vancouver, which improved to 9-2 since Dec. 19. Foligno tied the score 1-1 when he crashed the net on a juicy rebound off the chest of goaltender Jacob Markstrom at 11:58, but the Canucks scored 13 seconds later and never trailed again.

“We just scored a goal, got the crowd into it and then seven seconds later, it’s in our net,” Wild coach Bruce Boudreau lamented. “That’s the thing. ... And we won the draw to boot. So, you know, it’s, I don’t know what to say.”

With thirteen total penalties, Sunday’s game was played in fits and starts, but the Wild were 0-for-5 on the power play and were being outshot 21-9 at the 13:32 mark of the second period.

“Not a lot of (rhythm),” Zach Parise said, “but we should score on the power play.”

Aside from Zucker, Eric Staal (16) and Parise (14) are the only other Wild player with more than 10 goals, and the team’s goal differential is minus-15. Asked how the Wild can change course, a frustrated Parise said all there was to say.

“Start generating some offense. Scoring on the power play. Score some goals,” he said. “You’ve got to do it.”

After playing at Pittsburgh on Tuesday, the Wild play four straight at home before the break. As Zucker noted, there are still a lot of games to be played, but getting back into the race will require another long streak of solid play starting now — and Pittsburgh is 7-2-1 in its past 10 games, 16-5-3 at home.

For the Wild, time is just about out on performances like Sunday’s.

“We didn’t get beat; we beat ourselves in a lot of categories,” Foligno said. “It seems like a lot of losses like that have happened this year where we beat ourselves. We have to go back tomorrow and play a team that’s playing great, but you know what? If we go in there and we can beat that team, it can maybe give us some momentum going forward.”

WHO: Minnesota at Pittsburgh

Could you pass a US civics test?