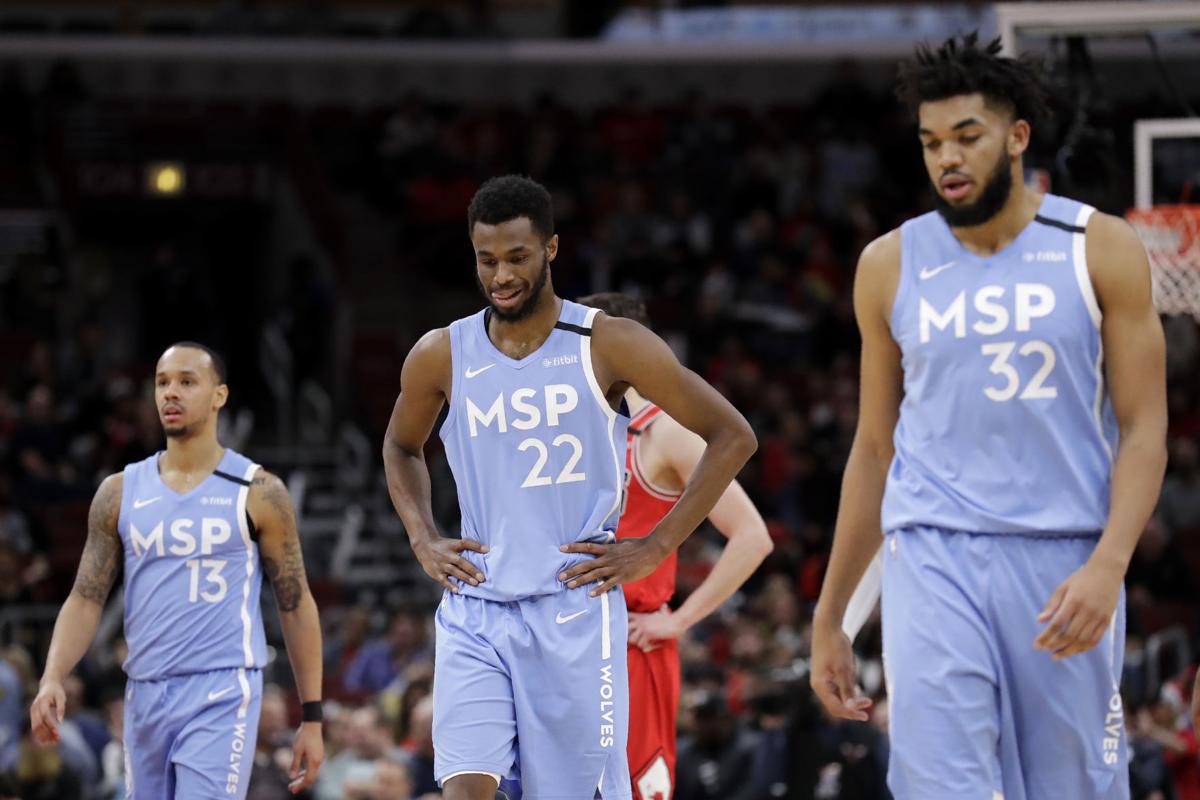 Minnesota Timberwolves forward Andrew Wiggins (22) reacts as he walks with guard Shabazz Napier, left, and center Karl-Anthony Towns after missing a basket during Wednesday's game against the Chicago Bulls in Chicago. 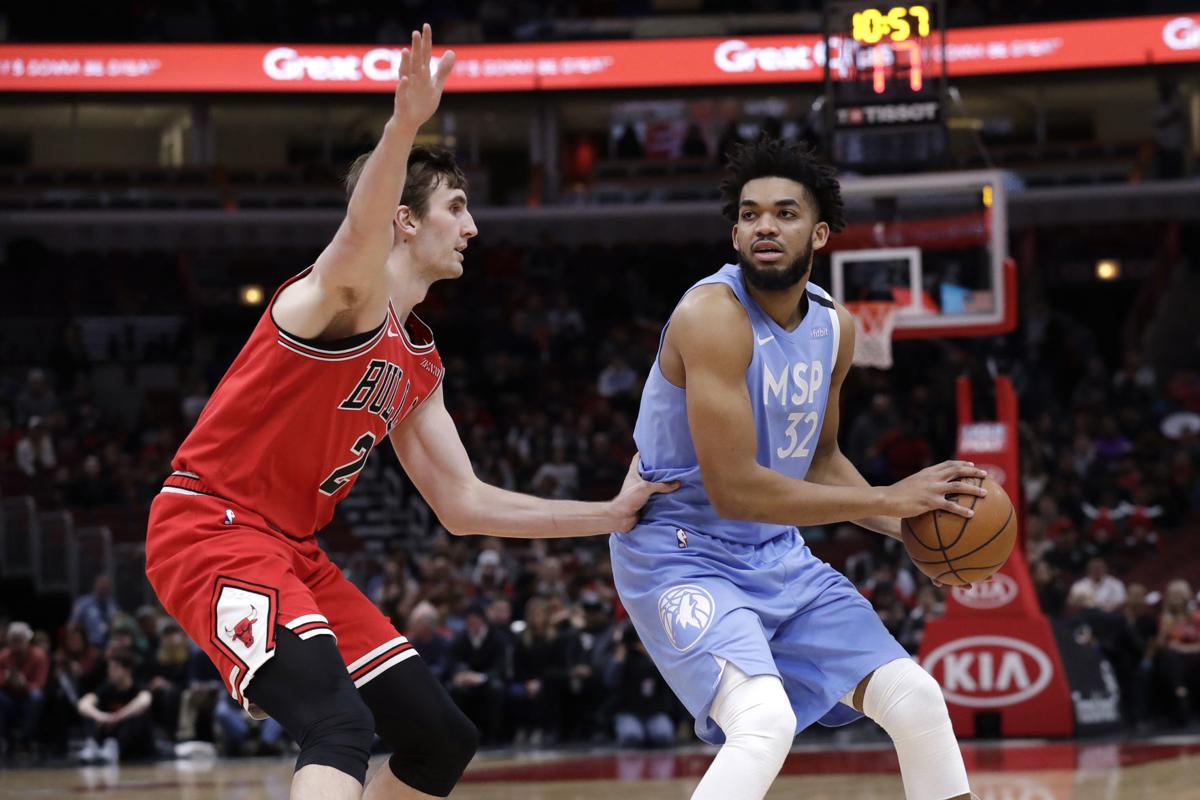 MINNEAPOLIS — Timberwolves head coach Ryan Saunders had a lot to say to his team at halftime of Wednesday’s loss at Chicago, and he had plenty more to say after the game was over to reporters.

There was unvarnished truth in plenty of what he said about Andrew Wiggins and the state of the team in general, but the highlight of his candor was probably the most basic thing he said: “We’re not a very good basketball team right now.”

That has been confirmed by the eye test several times in the last two months, with the first half in Chicago representing at least an aesthetic and effort-based low of lows.

Basic numbers bear out that the Wolves aren’t just a bad basketball team right now. They’re the worst basketball team in the NBA — at least since Dec. 1, when their 5-21 record between then and now is the worst in the league.

It feels like a long time ago that the Wolves started 10-8, leading to a lot of early national (and local) chatter that they might be a sneaky contender for a playoff spot in the West. Even a 5-3 stretch sandwiched between an 11-game losing streak and their current seven-game skid feels far more like a mirage than something that could be replicated anytime soon.

In a way, the Wolves are maybe victims of their relative early success since their current overall record of 15-29 pretty well matches preseason expectations.

But when the losing involves inconsistent effort and the all-too-familiar problems of sixth-year max player Andrew Wiggins disappearing for stretches and fifth-year max player Karl-Anthony Towns failing to add defensive acumen to his considerable offensive gifts … well, then there’s a problem.

Even if the roster around those two core players is subpar, and even if this year is more about developing a system than it is about winning, basic improvement is a pretty low bar to clear — and something Towns and Wiggins have only done in stretches.

Whether it’s because of the time he’s missed, the Wolves’ slide in the standings or the stalling of his overall game, Towns — an All-Star the last two years — finished 13th among Western Conference frontcourt players in the vote of his fellow players for this year’s game in Chicago.

As Saunders said postgame Wednesday: “I’m honest when I tell you guys, I don’t look at losing streaks. I look at, ‘Did we get better today?’”

And as he said Thursday before practice: “You can always control your focus, control the type of maximum effort you give, no matter when it is.”

The Wolves are not a playoff team this year, but that doesn’t mean the final 38 games are without meaning. Minnesota can ill-afford to give away development time and start playing the season at 80% speed, which is what it seemed like was happening in the first half at Chicago.

In the big picture of the franchise’s potential arc, the clock is ticking. By Year 3 of this Gersson Rosas-led rebuild, which also coincides with Year 3 of Towns’ five-year max deal, the Wolves need to be an actual playoff contender.

Every minute they play like they did in Wednesday’s first half pushes that timeline for possible success further into the future. What we see from them in a pair of back-to-back games at Target Center on Friday against Houston and Saturday against Oklahoma City will tell us a lot about how the Wolves intend to respond at this critical juncture of their season.

If the NFL resumes this fall, the league might do so without the usual official offseason workouts and practices, and without the informal wor…

CHICAGO (AP) — Ed Farmer, an All-Star reliever who spent nearly three decades as a radio broadcaster for the Chicago White Sox, has died. He was 70.

Anthony Lynn has expressed plenty of confidence in Tyrod Taylor if he ends up becoming the quarterback for the Los Angeles Chargers, but there are a lot of questions that still need to be answered between now and the start of the season.

Gronkowski set to serve as grand marshal for virtual NASCAR

Gronk is coming to iRacing.

Cubs-Cardinals series in London in June canceled by MLB

NEW YORK (AP) — Major League Baseball has canceled a two-game series in London between the Chicago Cubs and the St. Louis Cardinals because of the coronavirus pandemic.

Minnesota Timberwolves forward Andrew Wiggins (22) reacts as he walks with guard Shabazz Napier, left, and center Karl-Anthony Towns after missing a basket during Wednesday's game against the Chicago Bulls in Chicago. 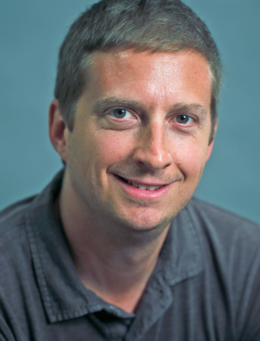