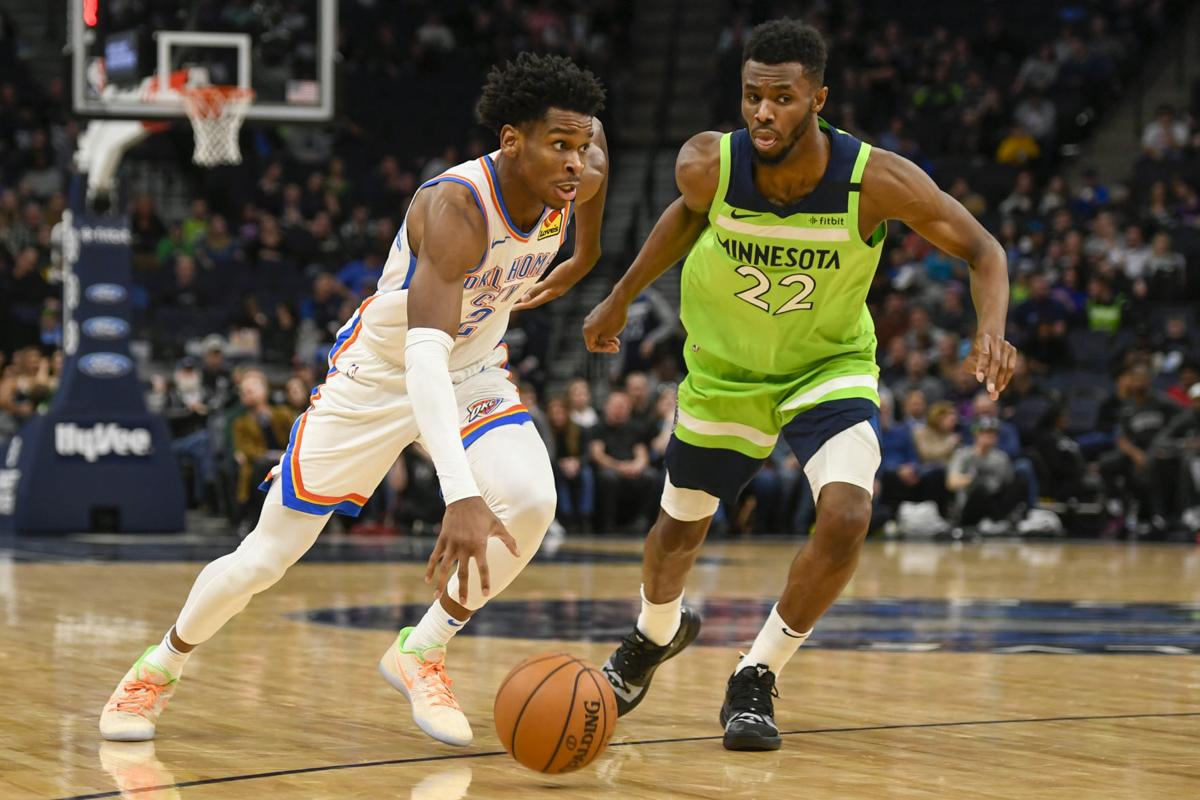 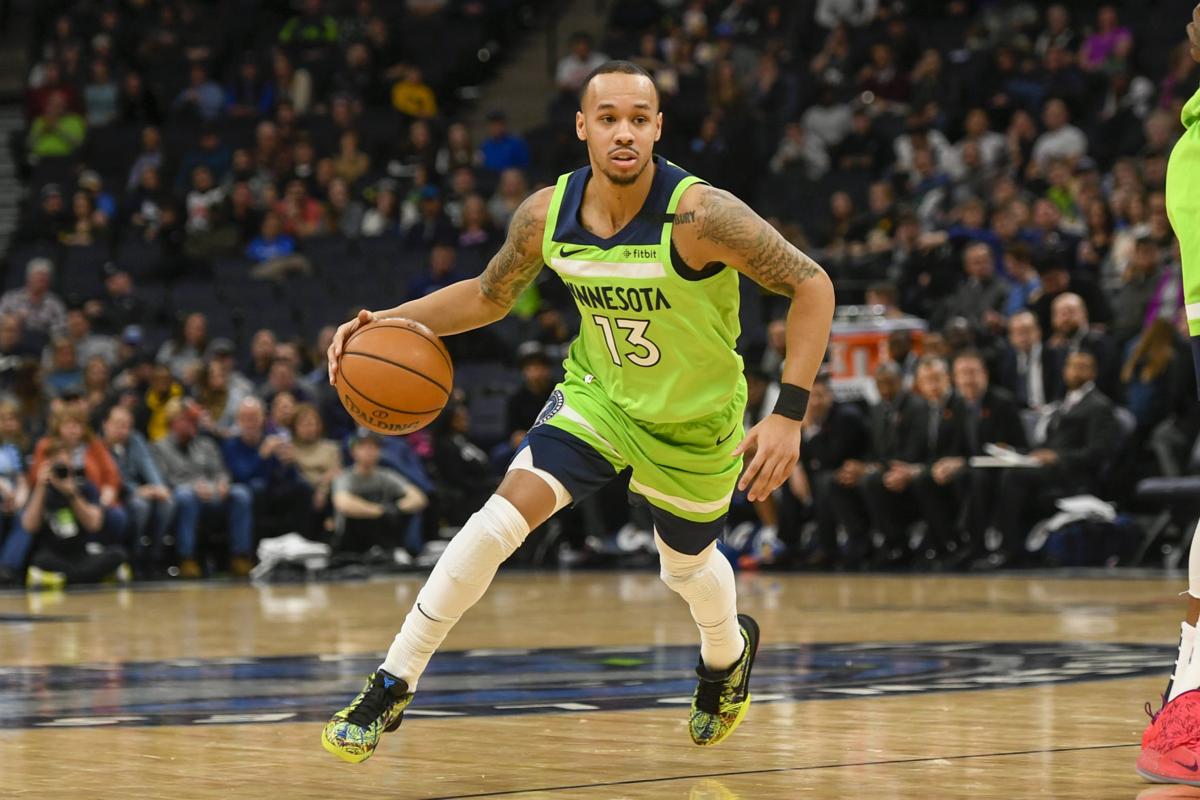 Minnesota Timberwolves guard Shabazz Napier drives to the basket against the Oklahoma City Thunder during Saturday's game in Minneapolis.

MINNEAPOLIS — Both Shabazz Napier and Andrew Wiggins were clear on Saturday night after the Timberwolves fell to Oklahoma City for their ninth straight loss: Don’t blame the system. Blame the players.

Given the Wolves’ trouble over the past few months, which includes losses in 23 of their past 28 games, it would be fair to wonder if the new style of play they are installing this season under President Gersson Rosas and coach Ryan Saunders actually works. To some of the players, the answer is a strong yes.

“Learning the system is cool. It works,” Wiggins said. “It worked at the beginning of the year. But we got to win. I want to win. Everyone in this locker room wants to win.”

Added Napier: “It’s not holding us back. When we play that way, we look good. There’s times in games where we get away from it, and it’s my job as a point guard to get us back into it. I have to do a better job of that. But it’s not the game plan that the coach is designing for us.”

There were bound to be bumps in the road in the first year of an overhaul of the Wolves front office and coaching staff. Rosas, in an interview recently with the Star Tribune, said the Wolves have been limited by their salary-cap situation to bring in the kind of personnel that might better suit how the Wolves want to play, which is up-tempo and heavy on 3-pointers and getting to the rim as much as possible. But he added that it’s important to have the system in place first even if the personnel don’t quite fit.

But losing is not easy, even if you expect it a lot, and the Wolves are going through an extended period of it for the second time this season. It would be easy to lose faith in what the front office and Saunders are trying to preach, especially as loss after loss piles up for weeks on end. Monday’s matchup against the Kings will mark two months since center Karl-Anthony Towns has been able to contribute on the floor to a Wolves victory. His last one came Nov. 27 in San Antonio.

“We’re competing hard, but this is a league where they don’t care about us being down and stuff,” Towns said. “We’re going to have to pick the pieces up and find a way to play a little harder and a little better.”

It’s also fair to wonder if the Wolves are actually getting better amid all this losing, especially when they started the season 7-4. Are they seeing the kind of acclimation to their system they want, especially out of their main figures? Saunders’ assessment was mixed.

So why aren’t the Wolves in a “climb?” Why does it seem like a free fall at times? Wiggins said there’s something off with the team.

“I feel like at the start of the year we were such underdogs, and we played with more of a chip on our shoulder,” Wiggins said. “And then we got complacent. Some people got hurt. I feel like we kind of lost our edge a little bit.”

You could look back at the losing streak in which Towns missed several games and offer that excuse of roster availability. But outside of Jake Layman, who’s still recovering from a toe sprain, the Wolves are fairly healthy. They need to find consistency.

If the NFL resumes this fall, the league might do so without the usual official offseason workouts and practices, and without the informal wor…

CHICAGO (AP) — Ed Farmer, an All-Star reliever who spent nearly three decades as a radio broadcaster for the Chicago White Sox, has died. He was 70.

Anthony Lynn has expressed plenty of confidence in Tyrod Taylor if he ends up becoming the quarterback for the Los Angeles Chargers, but there are a lot of questions that still need to be answered between now and the start of the season.

Minnesota Timberwolves guard Shabazz Napier drives to the basket against the Oklahoma City Thunder during Saturday's game in Minneapolis.