Shawn Fury knows a thing or two about the jump shot.

Besides faithfully practicing shots at his neighborhood basketball court in New York City, the Janesville, Minn., native recently published a 350-page book on the topic, and he’s coming to Winona on Wednesday for a presentation and book signing.

The Daily News talked with Fury about the evolution of basketball over time, the prominence of the jump shot today, and the process of writing the book. The interview has been edited for length and clarity.

Take us back a little bit and tell us what basketball was like before the jump shot rose to prominence.

Yeah, it was pretty much all played completely on the court.

It sounds really basic and kind of hard to envision, but from the time it was invented in 1891 up through the 1930s and even the early 40s, it was a game where when people shot, they kept both feet on the ground.

So it was much more earthbound game, it was much more low-scoring, and what most people would consider more boring. There was a lot more passing because the teams would have to pass it constantly just to get someone open, because you had to be completely open to be able to shoot that set shot.

It took a few guys — there are like a dozen or so people who are credited with doing the jump shot in the 30s, some of the first players. And they would be jumping off the court and it was just such a revolutionary tactic, because no one had done it. People didn’t really know how to react to it.

When the jump shot came in, one player now could take a couple dribbles and kind of shoot on his own, so it changed the game as far as the teamwork went too.

So was there any kind of resistance against it, and it changing basketball?

Oh, definitely, and that was one of the most surprising things that I found when I was doing my research. Coaches would see one of their players doing this, and a lot of times they would tell the player to stop. And fortunately, a lot of those players didn’t really listen to their coaches and continued to do it.

And then even into the mid to late 50s, there was still a lot of resistance to it from people in the media. I found a lot of old newspaper clips rallying against the jump shot, of how it was wrecking basketball.

There was a couple reasons for that. Partly it was that thing that happens, especially in sports, where things were better back in the day. So a lot of people would say basketball was better when there was more defense. In the 50s the jump shot really increased scoring — people were scoring in the 100s — and a lot of people didn’t really like how much more offense there was in the game.

And there were people who saw it and said it kind of eliminated teamwork and gave the individual much more power, and they kind of feared what kind of effect that would have on the game.

So even though the jump shot made the game more exciting, and arguably more fan-friendly, there was still some push against it?

Yeah. And to me, it seems really crazy. As a player and a fan, I think most people want high-paced action, a lot of scoring.

I have a section in my book where I found this old Sports Illustrated article. They asked 10 or 15 sports celebrities if they liked basketball 20 years earlier before the invention of the jump shot, when it was much more low-scoring and defense.

To me, that sounds like a trick question — who would want the slower, more low-scoring game? But in the questionnaire there were a lot of people, some coaches and some players, who said yeah, they preferred that older style.

But fortunately, I think, the game kept progressing, kept evolving, and the jump shot was a big part of that, and played a role in growing the sport’s popularity.

That’s a huge section I write about in my book, and definitely something I thought about when I was just researching the idea for the book, because the 3-pointer has become so dominant at all levels, whether it’s NBA, college, high school. It’s kind of gotten to the point where, after 70 years or so, the jump shot has completely taken over basketball.

If you think of Golden State now, and Steph Curry, with just how popular he’s become and what a great shooter he is, and he’s really the first player who’s just dominated with the 3-pointer like this. There’s been obviously other great shooters who have used the 3-pointer, but he’s completely changed the sport in some ways, and it’s all because of the threat that he presents from the three-point line.

The NBA only started using the three-pointer in 1980, and it took 15-20 years before anyone really knew how powerful that shot could be.

Now everyone knows it, and it’s just I think going to continue to grow in popularity.

What inspired you to write a book about such a particular element of the game?

Part of it’s just because I was always a basketball fan, a basketball nut. Played it growing up in school, and then a couple years of junior college. And I still play it today, every week, here in New York. So I always wanted to write something about basketball, as a book. But I didn’t really know how to approach it.

One night — this is a true story — I literally had a dream, and in the dream I thought, I should write a book about the jump shot. And that was about six years ago now. I woke up and just scribbled the idea on a notepad next to the bed, and I didn’t think anything of it.

A few months later, I revisited the idea, and all these things came together. It’s a very focused book on that one play, but within that one play, I found out I could write so much about what’s happened in basketball over the past 100 years. And that really appealed to me.

Tell me a bit about the process of writing about the book, what were some highlights?

Well, I wrote the first proposal for the book in 2010 after I had the dream, but didn’t sell the book at that time.

And then in early 2014, I went back to the idea, and we sent it out to some more publishers, and then right away got this deal with Flatiron Books right here in the city. Then I did research through August of 2014, so it was a good eight months of research and traveling.

I went to the Naismith Hall of Fame to look through their archives, things like that. I went down to Atlanta where I wrote about Mark Price, a player in the 80s for the Cleveland Cavaliers. He runs a basketball camp for kids down there, so I went and hung out there and talked to him and some other people.

I drove through Ohio and Indiana for two and a half weeks. Obviously, Indiana is kind of a basketball crazy state, they’re kind of known for that, and several of my chapters are set in Indiana. I met with Bobby Plump — he and his team were the inspiration for the movie “Hoosiers.” His team won the 1954 Indiana state championship, and he made the game-winning jump shot at the buzzer.

He’s nearly 80 years old now, and it was just fun to talk with him because here’s this guy, in his late 70s at the time, and this one jump shot that he took when he was 18 had completely changed his life. Just when we were together at his restaurant in Indianapolis, we were interrupted six or seven times by people just wanting to come up and chat with him.

I think it was like 12 states I ended up traveling to. Now they’re kind of blurring together, but that was definitely one of the most enjoyable parts — just getting to meet all these people, number one, and hearing their stories, but then also just seeing how basketball is played and how it’s regarded, whether it’s Indiana, Atlanta, Massachusetts, California.

People kind of have the same reaction when they talk about a great player, when they talk about their careers, it’s just kind of a joyful experience for them. That’s something I try to capture in the book, and I think being able to travel and meet those people helped a lot with that.

WHAT: Shawn Fury presenting his recent book, "Rise and Fire: The Origins, Science, and Evolution of the Jump Shot ― and How It Changed Basketball Forever"

DETAILS: Copies of the book will be available for purchase, and Fury will be present to talk and sign books.

The Lancers win over Zumbrota-Mazeppa on Friday ended a winless drought that lasted nearly five years and 21 games.

The Chatfield, Minnesota driver dominated the race and held off the challenges of a charging second-place Jake Timm and third-place Dustin Sorensen.

Who can afford to buy the Phoenix Suns?

Who can afford to buy the Phoenix Suns? 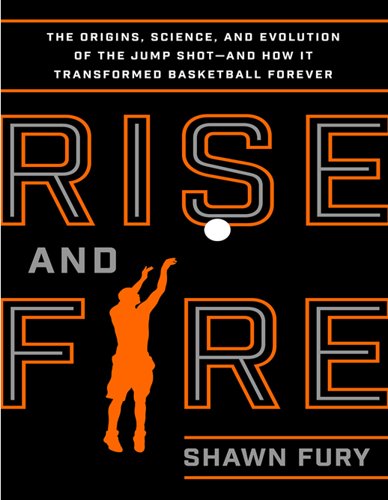 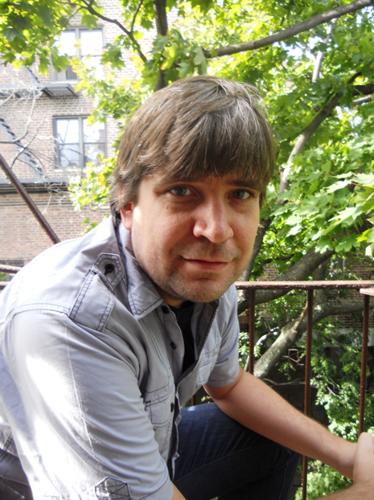