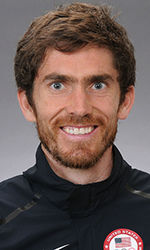 The Winona Senior High ‘Break Fast for Champions’ club normally devours pancakes, but on Thursday afternoon they happily dined on the words of WSHS alumni and professional track and field athletes Elliott and Garrett Heath instead.

The club wanted to help its student athletes during the coronavirus pandemic and the idea of having the Heath Brothers give mental health tips and advice via a Zoom meeting was a no-brainer.

“We wanted to do something that gives some motivation, inspiration throughout this time while we aren’t able to practice,” WSHS track and field coach Jed Reisetter said. “(Garrett and Elliott) came straight to mind.”

Garrett and Elliott Heath etched their name in the history books long ago having each won their fair share of individual accolades during their illustrious career. Garrett won eight state titles in track, cross country, and nordic skiing while Elliott was a five-time state champion and won the 2007 U.S. junior 5,000-meter race as a high school senior. Both went on to have All-American careers at Stanford before starting their professional careers.

The two are quarantining together at Elliott’s home in Portland, Oregon. Garrett was actually visiting his younger brother before the COVID-19 breakout and decided to stay rather than venture back home to Seattle where he runs professionally for the Brooks Beast — a Seattle-based pro team that includes Olympic hopefuls in distances from the 800- to the 5,000-meter run. For Elliott, who retired from professional running in 2014 due to injuries and now works for Nike in product development and marketing, it’s been a bit of a blast from the past.

“The one positive that’s come out of all of this, as we have been holed up together with Garrett … I have actually had the chance to run more now than I have in the past five or six years, as I try and help my brother with some training, as he is still pretty dialed into the professional scene,” Elliott said.

For Garrett, he finds himself in a similar situation as most high school athletes. He should be in Albuquerque, New Mexico with his team at altitude camp right now getting ready for some of their biggest races in hopes of qualifying for the Olympic trials, but obviously that’s not happening. Runners often need routine and structure, something that is lacking during the pandemic.

“We have had practice canceled just like you guys have had there,” Garrett said. “We are all kind of dispersed right now. We have one teammate stuck in Portugal, one guy down in Albuquerque, some quarantined in Seattle. Training has certainly been different and gone a little bit towards fall base training. That’s one of the things — going to the mental side of it — helpful for me, because you don’t have that race on the calendar. You don’t have that big, tangible goal right in front of you to go for. Going out the door and doing (your workout) is a little bit harder to wrap your mind around.”

During the hour long question and answer session, both stressed the importance of sticking with routines, finding new motivation to make running or working out fun but mostly just try and take advantage of this less-than-ideal situation the best that they can.

“I just try to look for opportunity in everything,” Elliott said. “Looking at the optimistic side, what can you do? Not thinking about what can’t you do right now, but what can you do and what can you do really well and trust that if you control those things, you are doing better than others out there. There is always an opportunity. I have heard this a few times now but it goes back to that Winston Churchill quote: ‘Never waste a crisis.’ We are certainly in that case right now. Everyone has a choice on how to deal with it. Just looking for opportunity and what you can control right now.”

We are all in a similar boat at the moment, but the ones that use this time wisely will be the ones that see the results. But at the end of the day, don’t be afraid to push yourself.

“It’s when times are tested and I think that it applies to racing as well — when people don’t expect much from you or when things are going really hard, those are your opportunities to really thrive because you have nothing to lose and so much to gain,” Garrett said. “Everyday that you are going out and training, everyday you are going out and working you are making up ground on everyone else that’s not. The more that you can stay focused now the more you will see those gains.

“... There’s no reason to fear failure. Putting everything into something and going into it is really a worthwhile endeavor, but if you aren’t willing to do that you are never going to give yourself the opportunity to go after those things.”

Garrett Heath is sitting right where he wants to be right now.