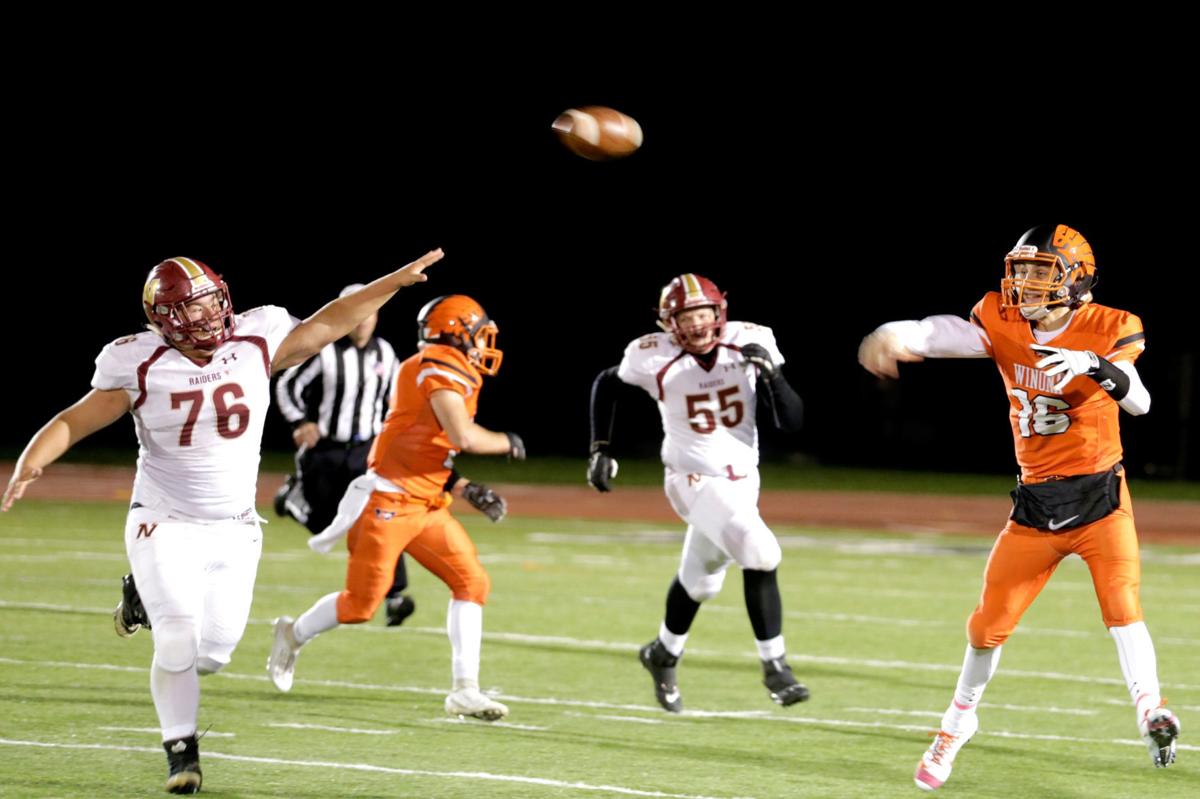 Winona Senior High's Jackson Nibbelink (16) throws a pass while being chased by the Northfield defense during Friday night's game at Paul Giel Field. The Winhawks won 31-7 to stay unbeaten. 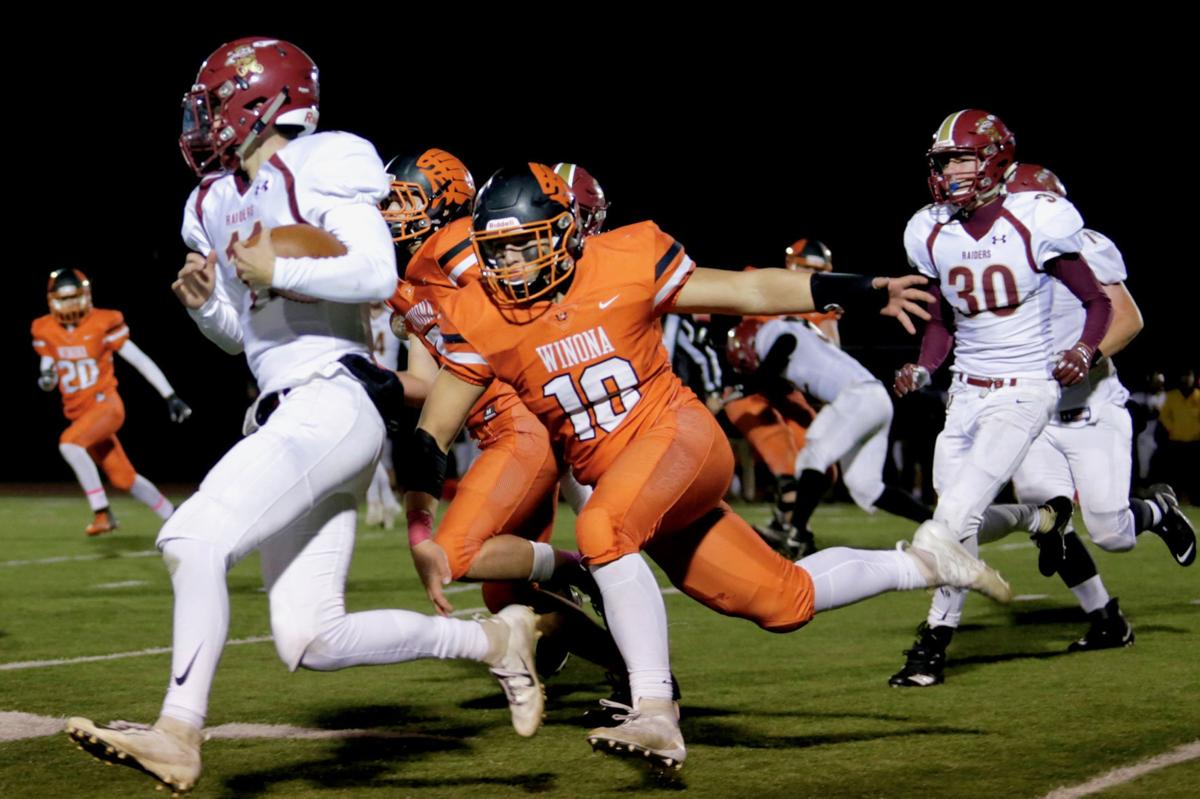 Winona Senior High's Jackson Nibbelink (16) throws a pass while being chased by the Northfield defense during Friday night's game at Paul Giel Field. The Winhawks won 31-7 to stay unbeaten.

Another undefeated season for the Winona Senior High School football team marches on.

Jackson Nibbelink and Colton Beier each rushed for a pair of touchdowns as the No. 4 Winhawks (6-0) rolled to a 31-7 victory over Northfield on Pink Out night Friday at Paul Giel Field.

It was the fourth time this season Winona held an opponent to just one score, and the second week in a row the touchdown came in the fourth quarter.

Winona, which already clinched the Big Southeast-Blue championship, has now won 22 straight regular season games and 20 straight at Paul Giel Field. It has won 27 of its last 29 overall and is 46-6 since the beginning of the 2015-16 season.

Nibbelink scored both of his rushing TDs in the first half, while Beier scored in the second half. Both finished with 67 rushing yards.

The Winhawks played for the second week in a row without all-time leading rusher Trevor Pomeroy, who is working his way back from a knee injury. He could return this week against Rochester Mayo.

Nibbelink completed 6 of 14 passes for 69 yards, with four of those completions going to Austin Mlynczak for 55 yards. The Winhawks lost one of their top receivers in Dayne Gamoke to injury in the game as well.

Winona faces what will likely be its stiffest challenge of the regular season on Friday at Rochester Mayo (4-2). The Spartans bounced back from back-to-back losses to state powers Owatonna and Mankato West to beat Rochester John Marshall 24-12 on Friday.

It was a great weekend for the Winhawks in the Twin Cities.

Winona went 4-1 on the weekend to place second out of 10 teams at the Apple Valley Tournament.

The Winhawks ended the regular season on a winning note at Paul Giel Field.

Winona earned the sixth seed in the MSHSL Section 1A tournament and will host either Lake City or Stewartville on Thursday night at Paul Giel Field.

The Winhawks drew with the Saints in the regular season finale.

Winona hosts Caledonia in the first round of the section playoffs on Tuesday night at Paul Giel Field.

Imagine that, all Winona High sports.