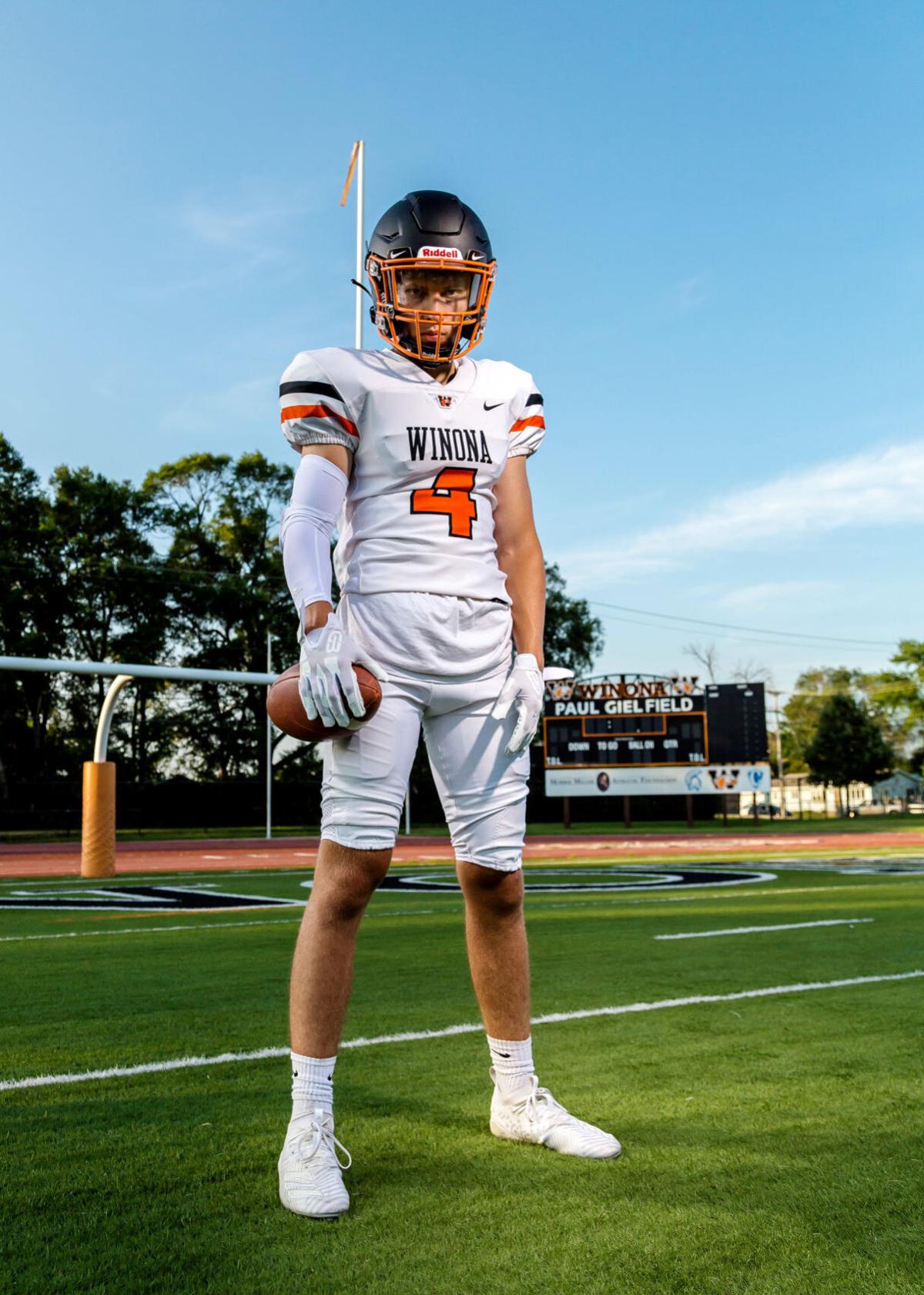 Winona Senior High senior defensive back Trent Langowski is ready for the next chapter of his football career, but COVID-19 has made that process difficult. 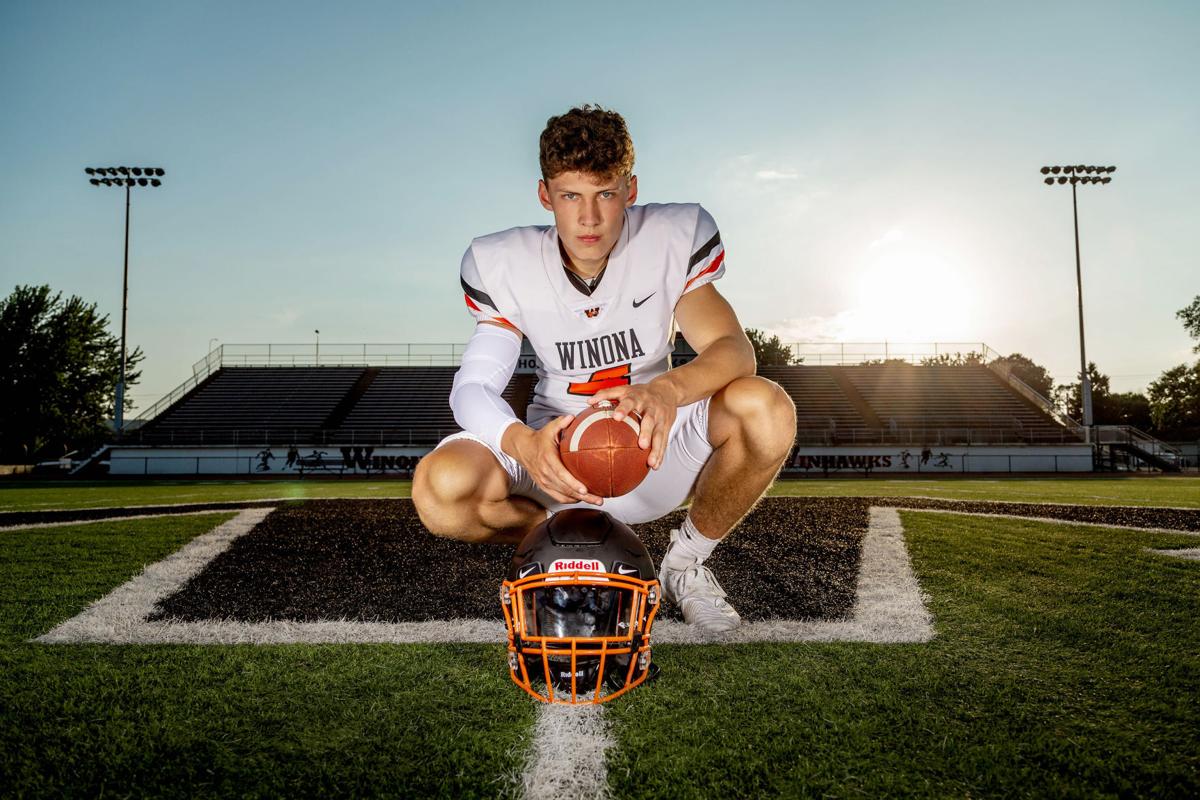 Langowski is holding out hope the Winhawks will get the chance to play this fall, as it would be big for his recruitment.

He does know one thing: He will play college football.

He’s just not sure where yet.

Scrolling through Twitter, the Winona Senior High senior defensive back sees fellow competitors his age making their collegiate commitments. But with the COVID-19 pandemic, there is so much uncertainty for not only this upcoming season, but also the next for college football.

With the NCAA granting an extra year of eligibility to all fall athletes — whether they participate this fall or not — coaches at every level (from Division III to Division I) are unsure of who is coming back next season, throwing a wrench into already complex recruiting boards. That makes it difficult for recruits like Langowski to find the right fit for the next chapter of their athletic careers.

“I think the No. 1 thing is even a lot of coaches don’t know what they’re going to do,” Langowski said. “So it’s frustrating at times just because you kind of just don’t really know what’s going to happen.”

Even the MSHSL isn’t exactly sure what lies ahead.

It would be a boost for many athletes who plan to play a fall sport in college, specifically football players as most high school football seniors traditionally sign their letter of intent in February on National Signing Day. If an athlete goes the Division II route, they have until August to sign, but Division I has only until April.

Langowski holds four Division II offers — Concordia-St. Paul, Northern State, Winona State and Minnesota State-Moorhead — but has seen plenty of interest from the FCS Division I level, having taken visits to South Dakota and South Dakota State in January. If the MSHSL decides to keep football in the spring with a March 15 start date, odds are Langowski would need to have his decision made before playing a snap of his senior season.

“Any film that I would have in the spring wouldn’t really matter because I would have already been committed and signed with a team already,” Langowski said. “That’s the most unfortunate thing about playing in the spring. It doesn’t impact me as much as kids who don’t have any offers and relying on their junior film to hopefully get one or two offers.”

Langowski was eager to build off a junior season that saw him garner all Big 9 first team honors with 45 tackles and four interceptions for the Winhawks. Possessing a rare combination of size (6-foot-2) and speed (4.6-second 40 time) to go along with soft hands, Langowski was in high demand from a slew of college teams after the season ended.

But perhaps the most intriguing part? Langowski still has plenty of room to grow.

He didn’t go out for football as a freshman because of some tough seasons in middle school. But that didn’t stop Winona coach John Cassellius from constantly recruiting him.

He kept telling Langowski he needed to give football another try, and finally, Cassellius broke through to him. It’s something Langowski thinks about often.

“I’m so thankful, because I don’t even know where I would be right now without football,” Langowski said. “It didn’t even occur to me how much I actually missed it. It was like, ‘Why did I quit in the first place?’”

He played sparingly as a sophomore before bursting onto the scene as a junior, helping the Winhawks reach the MSHSL Class AAAA semifinals. That’s when teams began calling.

Seemingly the whole NSIC conference along with NAIA and Division I schools such as St. Thomas, Cornell and Army in addition to South Dakota and South Dakota State showed interest.

Suddenly, Langowski’s spring and summer was full of junior day and spring game invites to go along with plenty of visits. Of course, with the COVID-19 pandemic, those invites turned into Zoom meetings, more letters and phone calls from coaches and a lot more social media graphics.

For someone who really only has one season of varsity tape for college teams to go on, it was a tough break. But speaking like a true cornerback, Langowski understands that he just has to move on and continue to do what he can control.

“It’s tough at times,” Langowski said. “But I’m just keeping a level head and just working as hard as I can to get where I want to be. A lot of this is out of everyone’s control, so you just have to do what you can do and keep moving forward.”

For Langowski, that meant waking up at 5 a.m. four to five times a week throughout the summer to drive to La Crosse’s Three Rivers Performance to work out with Caledonia High School strength and conditioning coach Eddie Hodges along with brother Mason and teammate Bryan Cassellius.

“This was the only opportunity we had, and we felt really fortunate to be able to have somewhere to go,” Langowski said. “I’m really thankful for that.”

It’s that work ethic combined with great physical attributes that prove Langowski is going to be a steal wherever he ends up. For now, he’s just happy to have the option.

“Last year, I never even imagined I would even have an opportunity to play anywhere,” Langowski said. “It’s such a blessing for me just because I didn’t imagine myself being in this position. I’m just so grateful and so thankful for everyone that’s gotten me here. Whether it’s my friends, my family, my coaches, I’m just thankful.”

“It was cool to see this group do it on their own and take that next step,” coach Mike Costello said. “And I think they’ve really developed a culture within the group that is a great example for the younger kids."

LEWISTON — The Lewiston-Altura High School football team forced four turnovers and averaged over eight yards per rush, as they bounced back fr…

The Winhawks will now play in the Section 1A quarterfinals 7 p.m. Thursday against top-seeded Austin.

OWATONNA — With teams being split into five separate sessions due to COVID-19, the MSHSL cross country Section 1AA meet looked much different …

Elsewhere, the Winona boys soccer team saw their season come to an end in Austin.

Winona Senior High senior defensive back Trent Langowski is ready for the next chapter of his football career, but COVID-19 has made that process difficult.

Langowski is holding out hope the Winhawks will get the chance to play this fall, as it would be big for his recruitment.