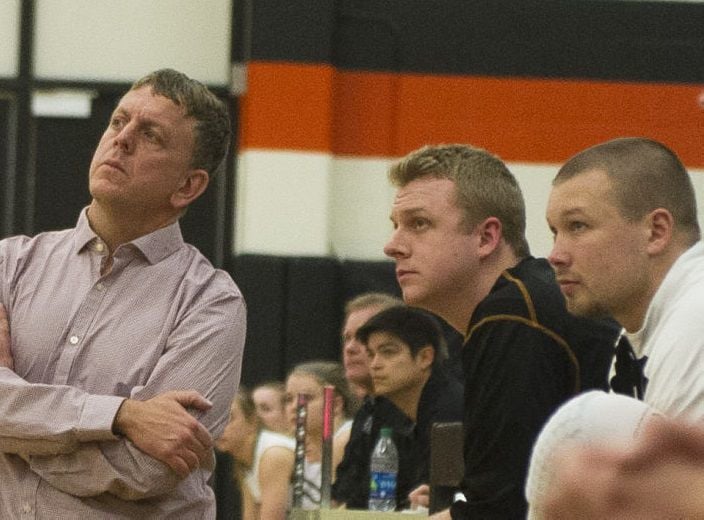 Kyle Martin, center, was announced as the new Winona boys basketball coach on Wednesday. He spent the last five years in the girls program under head coach Tim Gleason, left. Matt Van Straten is to the right. 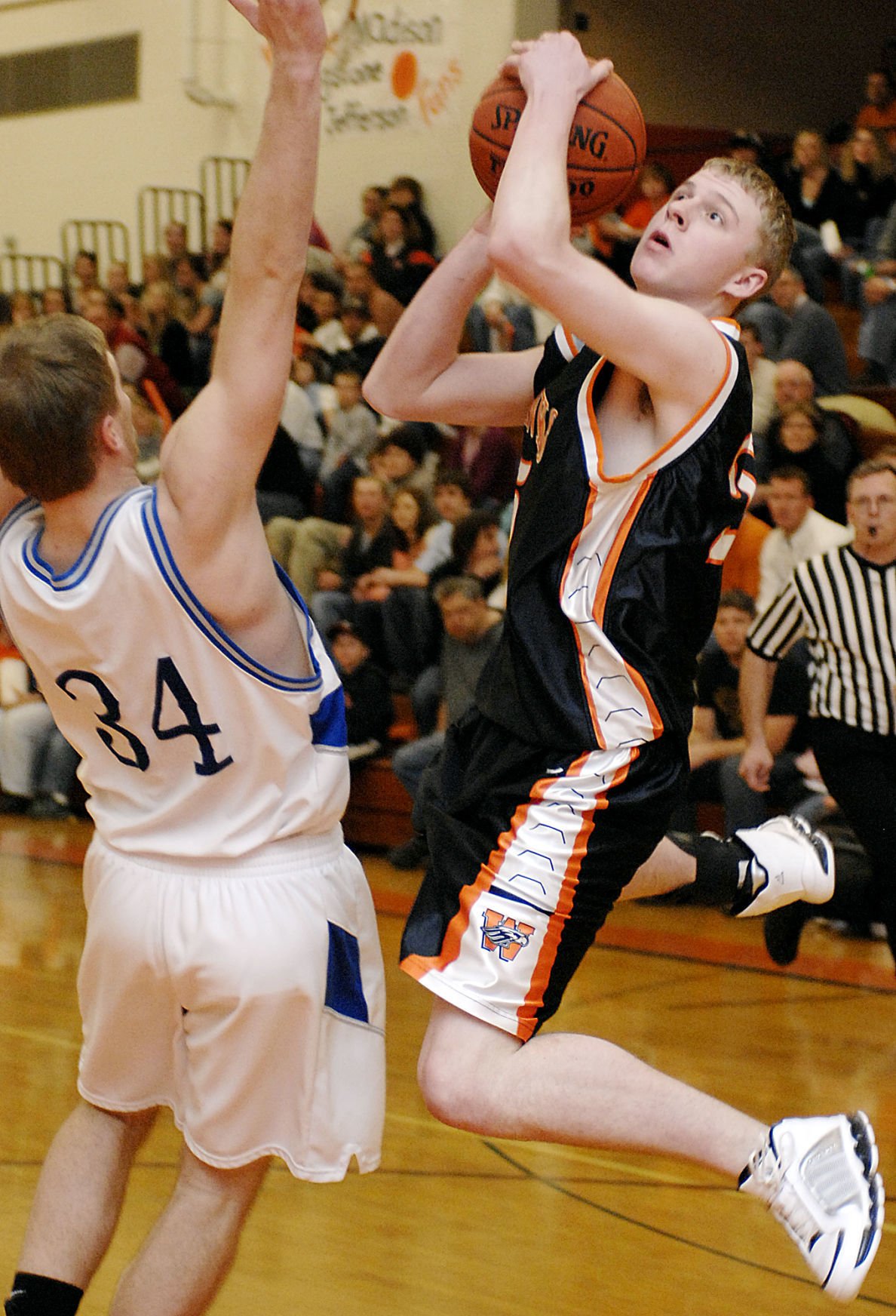 Kyle Martin takes a shot over Owatonna's Kyle Melcher in a 2008 game in Winona. Martin, a 2008 WSHS graduate, was named the Winhawks boys basketball coach on Wednesday.

Kyle Martin, center, was announced as the new Winona boys basketball coach on Wednesday. He spent the last five years in the girls program under head coach Tim Gleason, left. Matt Van Straten is to the right.

Kyle Martin takes a shot over Owatonna's Kyle Melcher in a 2008 game in Winona. Martin, a 2008 WSHS graduate, was named the Winhawks boys basketball coach on Wednesday.

Ten years after graduating from Winona Senior High School, Kyle Martin is taking over the boys basketball program at his alma mater.

Martin, a Winona Senior High School graduate, was announced as the program’s next head coach by athletic director Casey Indra on Wednesday.

“It’s great to be back in that same gym and be a part of that team again,” Martin said. “It’s hard to believe it’s been 10 years ago already, but it’s pretty cool.”

Martin takes over for his old coach, Rocky Peterson, who stepped down last week after 17 years as the head coach. Peterson amassed 253 wins, three state tournament appearances, and three section coach of the year awards with the Winhawks.

“I loved being coached by Rocky,” Martin said. “He’s a great friend of mine. It’s neat that all of the coaches have reached out to me. As he’s stepping down, I’m happy to fill his shoes, it’s pretty great.”

Martin has been the JV coach for the girls basketball team for the last three years and part of the program for five years in all. Martin helped the Winhawks reach the MSHSL Class AAA state championship game in 2016 and 2017. He says there will be a lot of carryover from the girls game going into his new job, but there are definitely differences.

Martin, a 2008 WSHS graduate, played on the basketball team and earned the nickname “Crazy Kyle” for his aggressive style of play. That aggressive mentality has stuck with him over the past 10 years and he intends to bring a similar energy to the sideline as a coach.

“I think it’s gonna be high energy and high pace,” he said. “I rarely come to a game without energy. I want to match the energy of my guys. And I hope through my energy we can do great things. I’ve got good relationships with these guys and I know they’re going to be capable of great things. That first practice and that first game is one that I’ll be thinking about here for a long time.”

Martin’s dad, Kevin, was the WSHS boys basketball coach for eight years (1992-2000) and was also a girls basketball assistant coach along with Kyle. His mom, Hayley, was the longtime volleyball coach. Both are teachers in WAPS.

“I was hanging around in those little ball carts when I was six or seven years old,” Kyle Martin said. “And I’ve been able to coach with him with the girls program for a while. We have a great relationship on and off the court.”

Martin, who qualified for the state tennis tournament as part of a doubles team, went to the University of Wisconsin-Green Bay and majored in elementary education. He’s currently a second-grade teacher at Jefferson Elementary.

From our archives: 'Crazy Kyle' goes all out for Winona boys basketball team