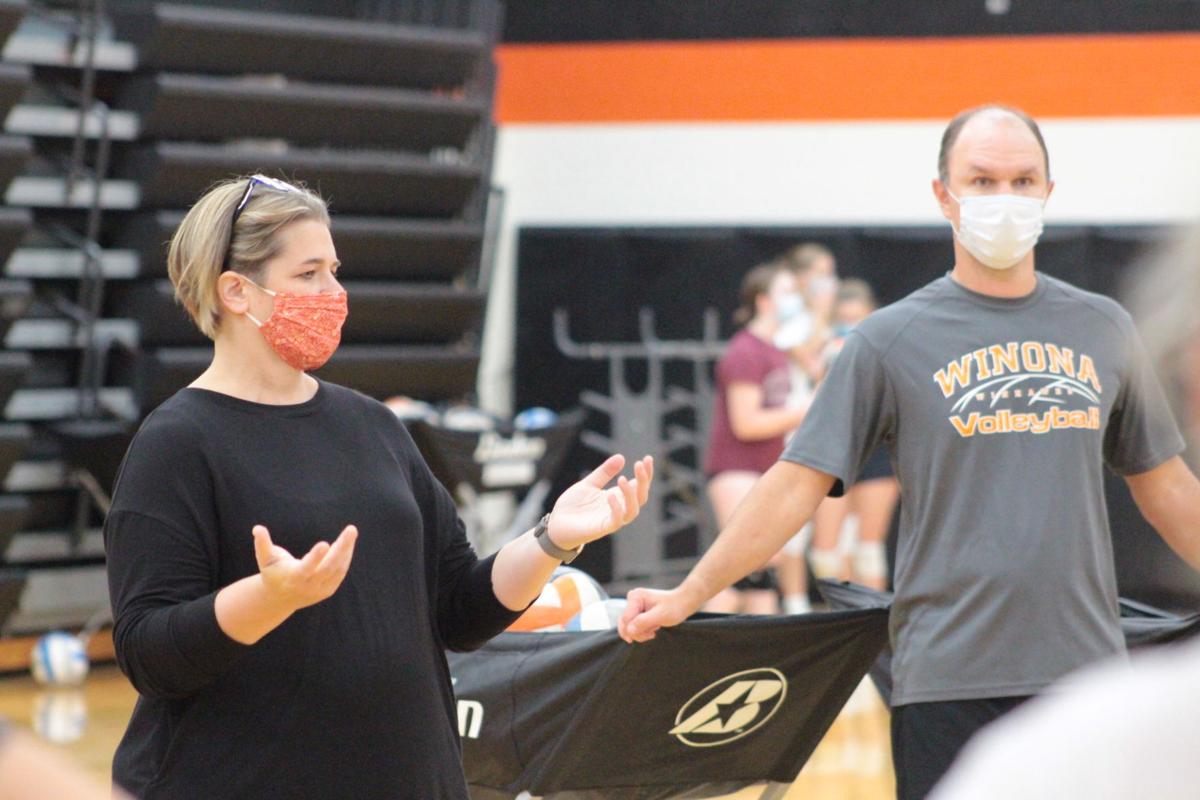 Winona Senior High coach Amber Mlynczak (left) talks to her team after finishing up practice on Friday. It's been an interesting past few weeks, but the Winhawks fell confident heading into the season opener against Rochester John Marshall. 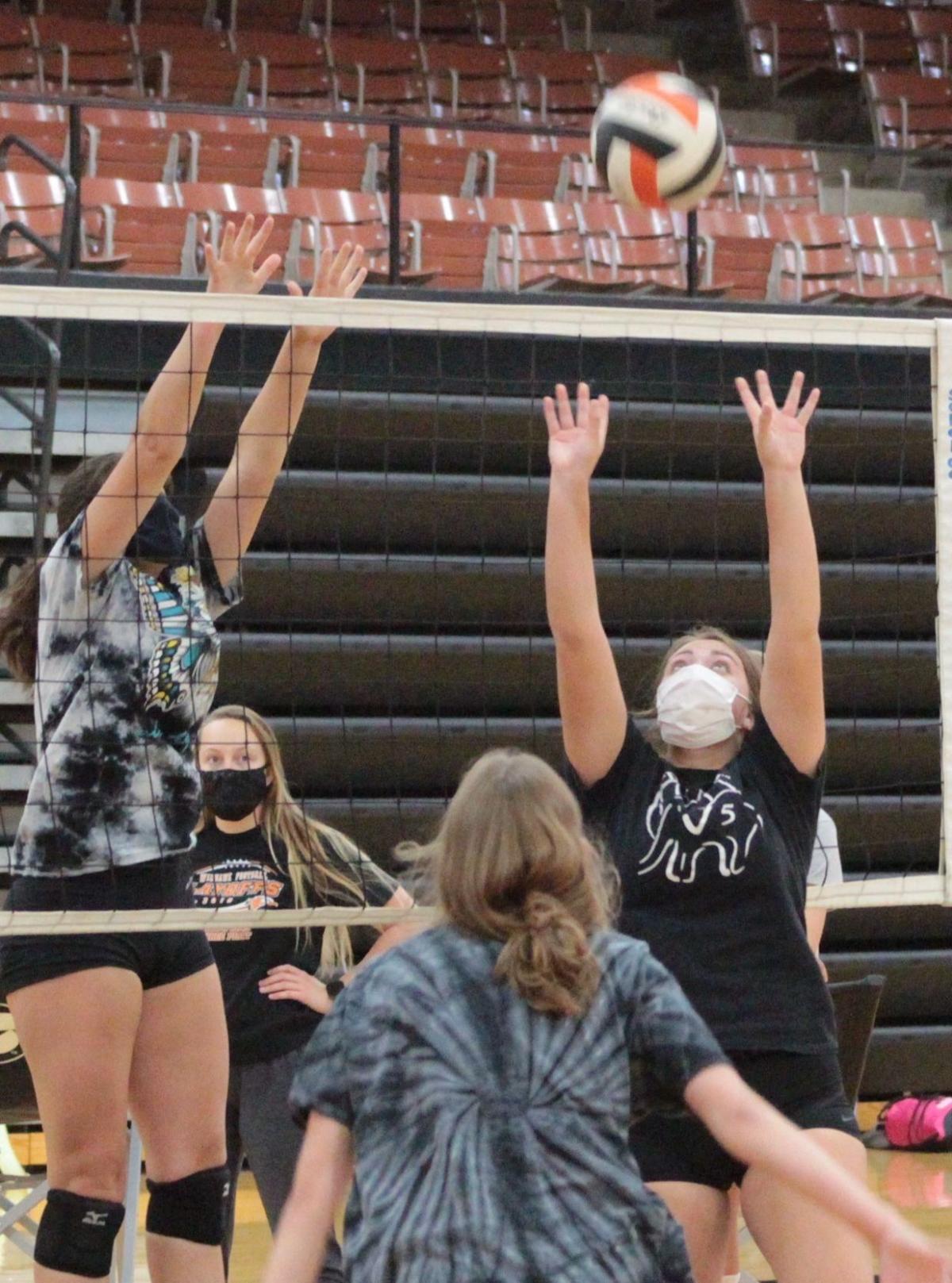 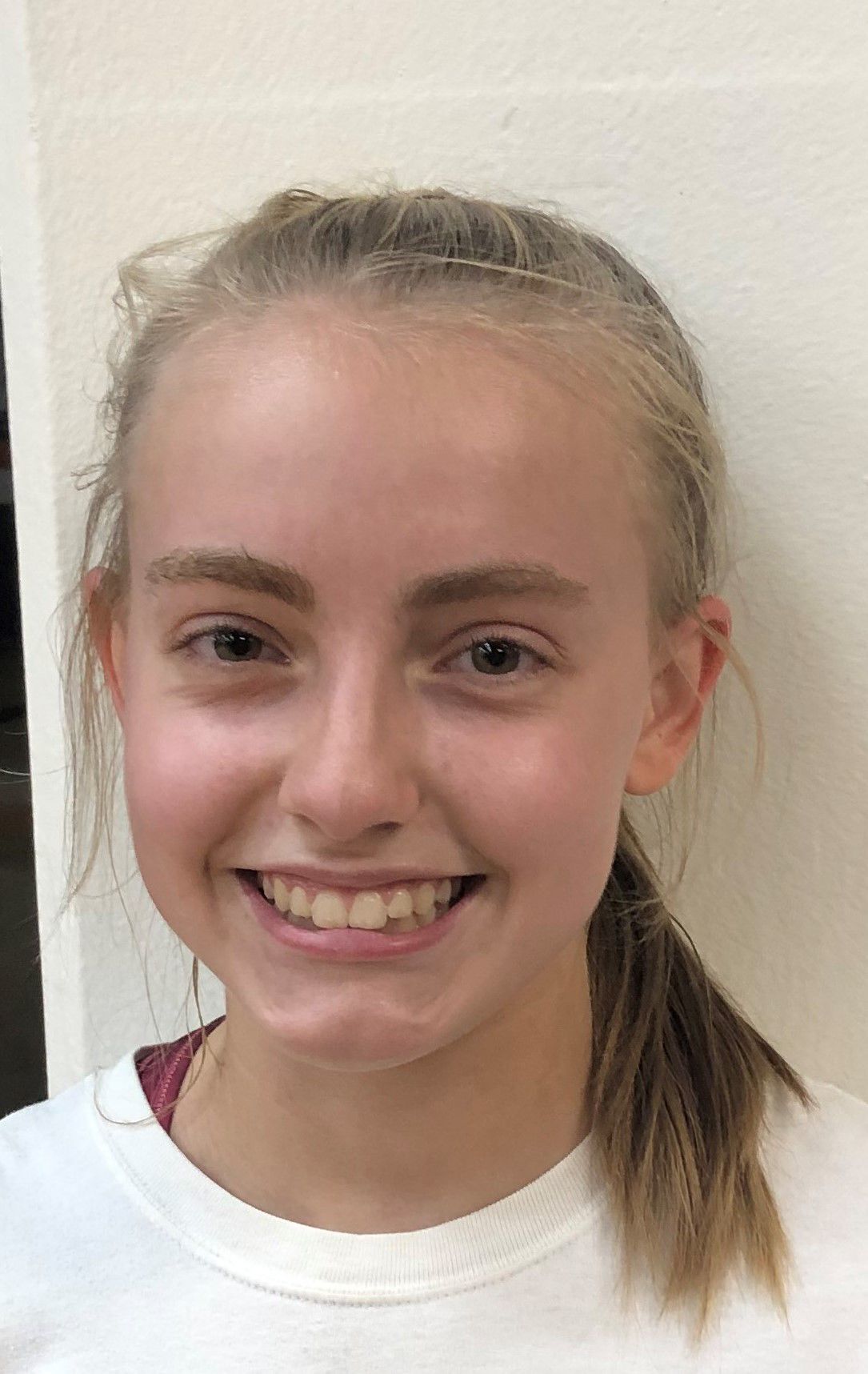 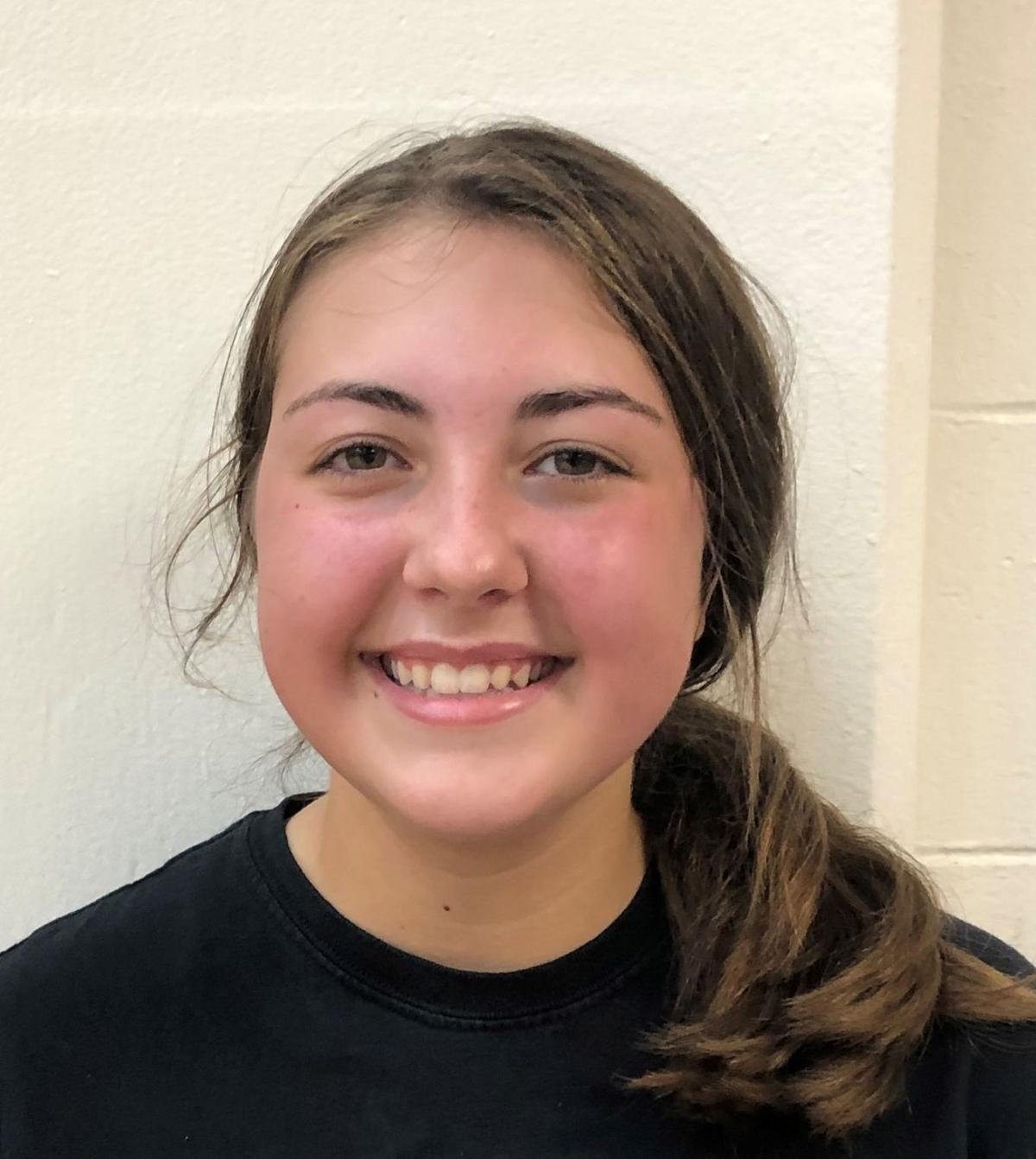 To say it’s been a hectic past couple of weeks for Amber Mlynczak and the Winona Senior High volleyball team would be an understatement.

Just three weeks ago, the Winhawks — unable to do the three-week practice window the MSHSL allotted because Winona Senior High was still in distance learning due to the high number of COVID-19 cases in the county — were sitting at home thinking they were playing in the spring.

But then on Sept. 21, the MSHSL reversed its decision moving volleyball — as well as football — back to the fall, sending the Winhawks into an unexpected, but welcomed scramble to get ready for a season opener on Oct. 8 when the Winhawks host Rochester John Marshall at 7:30 p.m.

“Yeah, it was kind of out of the blue,” senior Izzy Goettelman said. “Someone told me one day they were talking about it bringing it back and I was like, ‘Oh really?’ And then the next week we were going. But it was a lot of excitement because that was the week we started school again. Honestly, that was a week of happiness and joy.”

One could sense the excitement and energy at practice, as this year’s team is just happy to be out on the court after an unprecedented past seven months.

“This team just loves to be on the court,” senior setter Paige Grafton said. “It’s just all love here for this team right now. Not a lot of difficulties with teammates. Everyone just loves to be here and is excited to be playing.”

Sure, the season will look much different.

The season will be just 14 games with only a section tournament after the MSHSL announced in their Oct. 1 meeting there will be no state tournaments for fall sports.

Games will be streamed on the Winona Area Public Schools website as no spectators — including parents — will be allowed. Social distancing must try to be maintained throughout the match, including timeouts and after the game. Even something as simple as celebrating a point will look much different than normal. But Mlynczak has been proud of the way her group has responded to the changes — like the diligent wearing of masks throughout the duration of practice.

“Everything was so unexpected,” Mlynczak said. “But they’ve worked really hard without complaint. They’re adjusting to such new things, wearing masks all the time as they play and not one complaint has been heard by my ears.

“There’s been lots of smiles, good energy. They’re excited to get the season going. I know there’s lots of questions about what that might look like. But they’re thrilled to be in this position.”

The no spectators is going to take some time to get used to.

The MSHSL did say pods of junior varsity, B-squad, C-squad players can stay and watch if they maintain social distancing and wear masks. That will help a bit, but the fact that parents can’t watch their child in person will be difficult. Mlynczak and the parents have some ideas in mind in how to be there without actually being there like making customized posters for each game. Games will also be streamed for every level to give the parents and fans the ability to watch the team.

“We have parents who are willing to help out in any way that they can, whether they can help with getting the live stream going and things like that,” Mlynczak said. “We’re going to livestream our home games at all levels, which I think is fantastic. It’s not quite the same, but at least it’s something we can offer

The Winhawks need to replace 10 seniors — including standout Grace Rohde, who now plays at Viterbo — from a team that went 15-11 last season. But they have been pleased with the development of Goettelman and Kaitlyn Clemons as outside hitters and Grafton is a reliable setter. They also hope that senior Phoenix Matthees can come back strong from a torn ACL suffered at the end of last season. There will be some moving parts, but Mlynczak is confident in this group that they can build off of last season.

“Our floor looks quite different,” Mlynczak said. “But I also know that the girls who are stepping in to fill big roles have been prepping for that for years, and are ready to do that. I have no doubt in my mind that we will not miss a beat and we’ll be ready to play at the same level that we left off at.”

And although this will be a season that will bring on changes unlike any other, the fact that they have a season at all is worth cherishing.

“I try to say to people complaining about things, ‘Let’s just be thankful we have a season (because) some people didn’t get their season,’” Goettelman said. “I’m just so happy to be in the gym again. I was jumping up and down when I heard we were going back to school and volleyball is starting right now. It was, honestly, the best news of the year so far.”

WHO: Rochester John Marshall at Winona

Winona Senior High coach Amber Mlynczak (left) talks to her team after finishing up practice on Friday. It's been an interesting past few weeks, but the Winhawks fell confident heading into the season opener against Rochester John Marshall.