McConnell says Trump, others 'provoked' attack on US Capitol 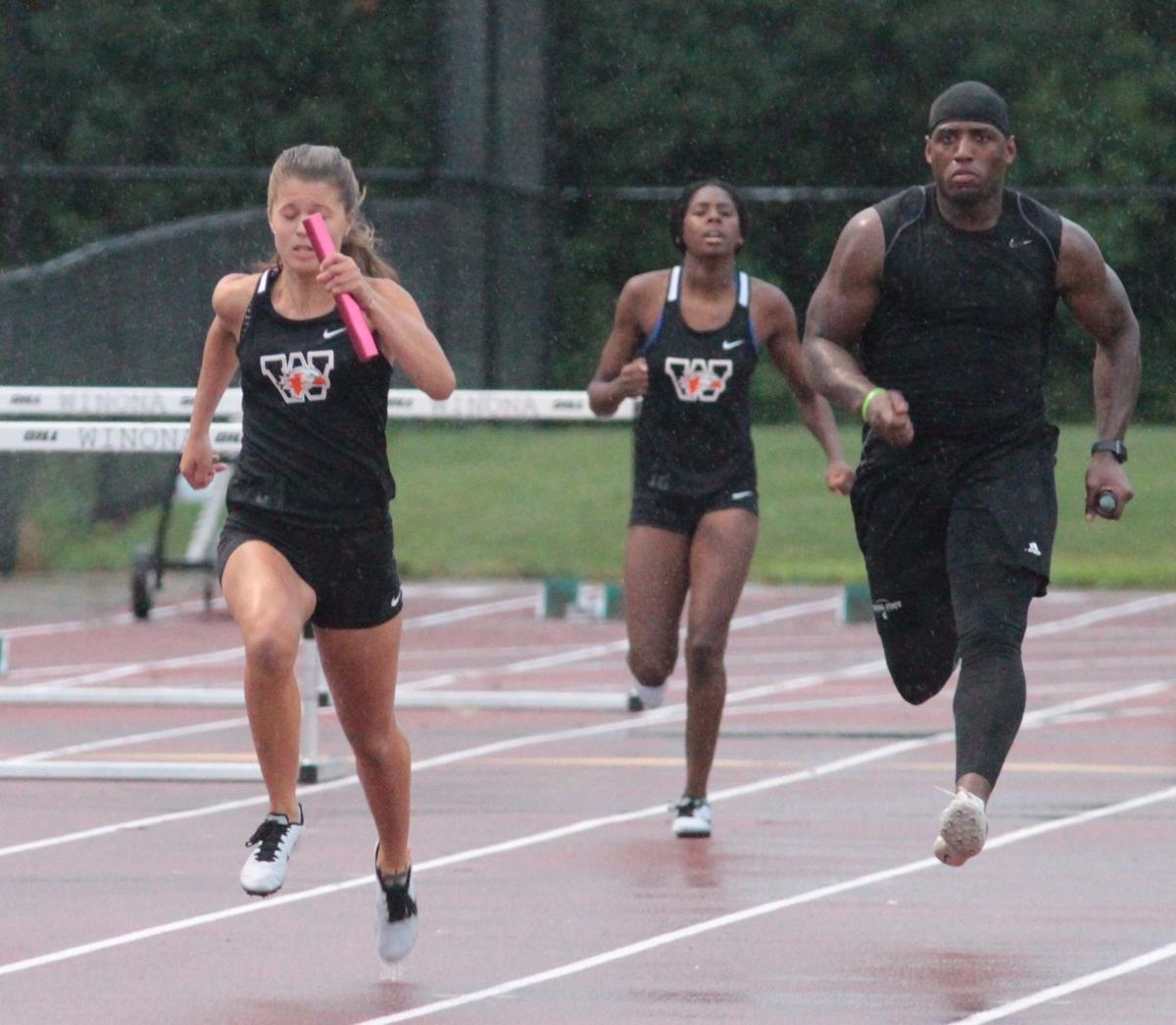 Winona Senior High sprinter Anissa Lee takes the baton from Marquetta Berlin-Burns while their coach Eric Lee runs next to them during the 4x100-meter dash an intrasquad meet the Winhawks held Thursday night at Paul Giel Field. 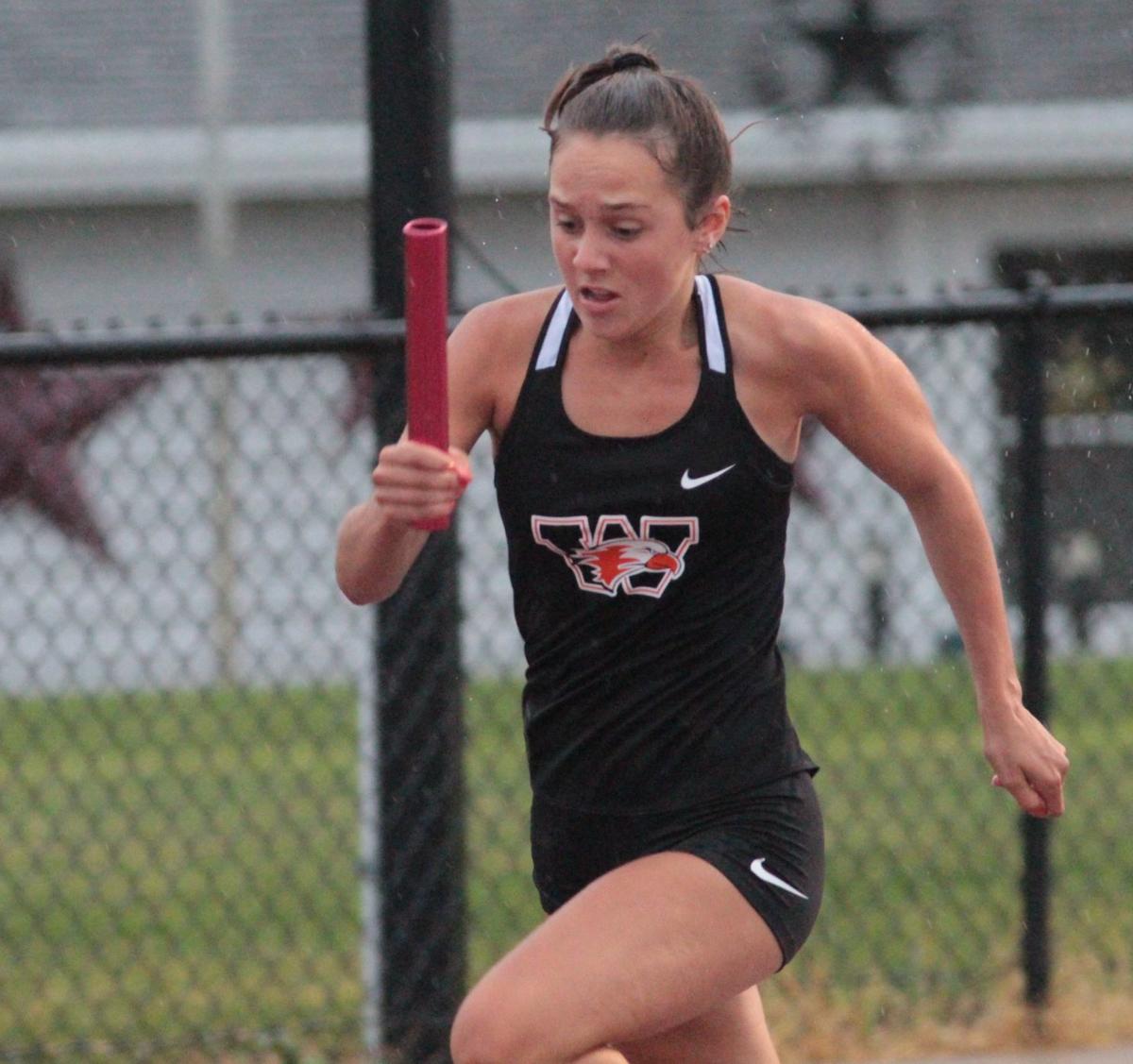 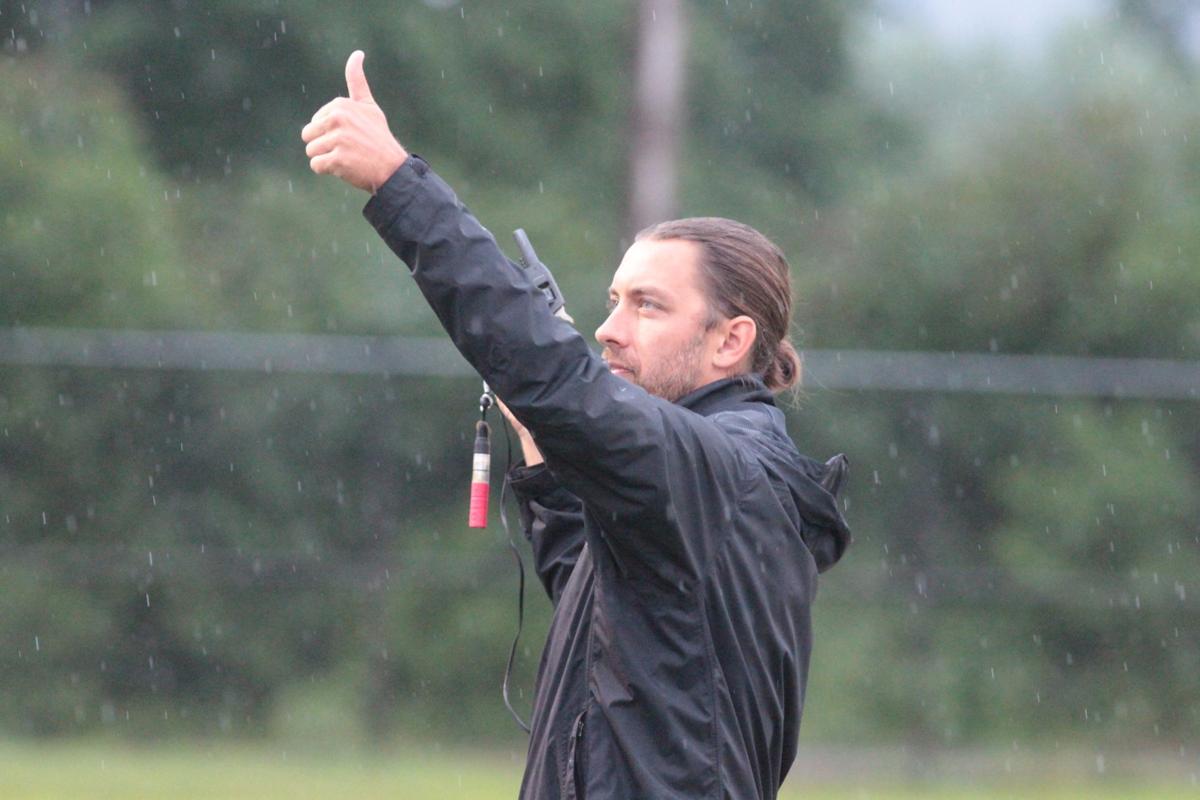 WSHS track and field coach Jed Reisetter gives the OK to get the intrasquad meet at Paul Giel Field started.

For the first time in what has felt like years, the stadium lights at Paul Giel Field shined brightly once again, piercing through the dark and rainy Winona sky on Thursday night.

For a moment, it felt like old times, as the Winona Senior High School track team decided to put together an intrasquad meet. The scrimmage-like meet was something that had been talked about by coaches Jed Reisetter and Tim Gleason since the spring season was canceled. Once the MSHSL gave the OK for outdoor sports to begin inter-team scrimmages on June 24, the plan was put into action.

“Tim brought it up in the spring that in the worst case scenario if we don’t have a season in the spring then is there something we can do in the summer,” Reisetter said. “It’s something we kept in the back of our minds. A lot of these players have been training throughout. … The (MSHSL) guidelines said teams could scrimmage. In track, we don’t have scrimmages, so this is kind of our way of doing that.”

In all, only about 20 athletes participated, including WSHS sprint coach Eric Birth and former WSHS track standouts Travion Clark and Robert Warren. No fans were allowed, but by the end of the meet, plenty of cars were parked along the fence that surrounds Paul Giel, as they tried to get a glimpse of what was going on.

It was really fun for Birth, who is credited with helping the likes of sprinters Marquetta Berlin-Burns and Anissa Lee reach new heights. The former Winhawk standout and former Winona State running back and sprinter reminded his pupils on Thursday they still have a long way to go to surpass their teacher.

“We put a bet on it that if they would have beat me, I would have bought them dinner or something,” Birth said with a laugh. “I didn’t make them owe me anything, but I should have.”

The meet featured the 100-meter dash, the 1600, the 100 hurdles and the 4x100 and 4x400 relays. It was fun watching long distance runners such as future Augustana Viking Carter Briggs participate in the shorter sprints, as well as see the talented sprinters in Berlin-Burns and Lee do their thing. Although, it wasn’t a real meet, the butterflies and race jitters were still there for some.

“It was exciting, but I was really nervous,” Berlin-Burns said. “I hadn’t ran a race in forever, so I was like, ‘Oh my gosh, what if I’m slow.’”

Of course, slow and Berlin Burns don’t normally go together. She, along with Lee, qualified for the MSHSL Class AA state meet in the 100-meter dash as a sophomore and was a part of a 4x100 relay team that had its eyes set on a state title this spring after placing fifth in 2019.

“We were going to break the record at state,” Berlin-Burns said confidently. “But it gives us a chance to get better and to get faster for next year.”

The relay team of Gwen Buswell, Kaelah Simmons, Berlin-Burns and Lee ran just over 49 seconds on Thursday in difficult conditions, something Birth will more than take.

“It’s good to see what type of marks they are putting down right now,” Birth said. “To come out and run a 49.3 for your first time all summer is really good. They ended last year with a 48.7, and I honestly believe this relay together could run a 47.”

Simmons graduated, but they are confident with Izzy Goettelman or Ruby Baker filling in.

“Next year, when it comes to the 4x1, I feel like it’s Winona and everybody else,” Birth said. “It’s going to be exciting to see. We will have to replace Kaelah Simmons, but as you can see we have Ruby Baker and Izzy (Goettelman) and then we have some other people that will look to fill that spot.”

The Winhawks are hoping to host another meet in a few weeks that will hopefully feature teams from around the area. The MSHSL stated they would allow schools to play teams in their local community starting on July 8 before saying teams are allowed to expand beyond their local community, depending on the COVID-19 case activity level and risk in certain communities starting July 22. But for now, it just felt good to be back out under the lights of Paul Giel Field.

“Mother Nature tried to get in our way, but it was a lot of fun,” Reisetter said. “Hopefully we get the chance to do it again.”

Winona Senior High sprinter Anissa Lee takes the baton from Marquetta Berlin-Burns while their coach Eric Lee runs next to them during the 4x100-meter dash an intrasquad meet the Winhawks held Thursday night at Paul Giel Field.

WSHS track and field coach Jed Reisetter gives the OK to get the intrasquad meet at Paul Giel Field started.