After a remarkable season that ended with a fourth place finish and multiple state records in the MSHSL Class A state meet, the Winona Senior High boys swim team received more accolades this week when they found out they had earned seven NISCA (National Interscholastic Swim Coaches Association) All-American honors.

To be an All-American, you have to make a certain time and finish in the top 100 nationally.

Herczeg earned All-American honors in the 100 last year as a junior with a time of 45.38. This year Herczeg was named the Class A Swimmer of the Year after winning four state titles in the MSHSL Class state meet. Coach Chris Mayer was named Coach of the Year.

Saturday was one of for the record books for the Winona Senior High swim team.

Schmidt earned her honor after finishing second in the one-meter dive at the MSHSL Class A state meet. Schmidt, a junior, grew up doing gymnastics before a serious back injury forced her to retire from gymnastics in the Spring of 2017. She transitioned to diving seamlessly, taking fifth at the state meet as a sophomore before setting the school record and placing second as a junior.

Issara Schmidt cannot remember the exact moment she hurt her back, but she has an idea. The …

Grant Wolner has made his decision.

High school swimming: Group of seniors has left its mark on WSHS swimming

Jack Herczeg, Grant Wolner, Alex Jorgenson and Tanner Lozenski have helped build the Winhawks into one of the state's best programs.

High school boys swimming: Winona's Jack Herczeg has been a man on a mission

Jack Herczeg understands he has done a lot in his high school swimming career. 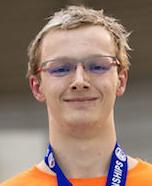 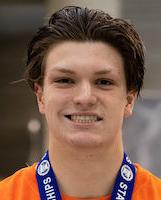