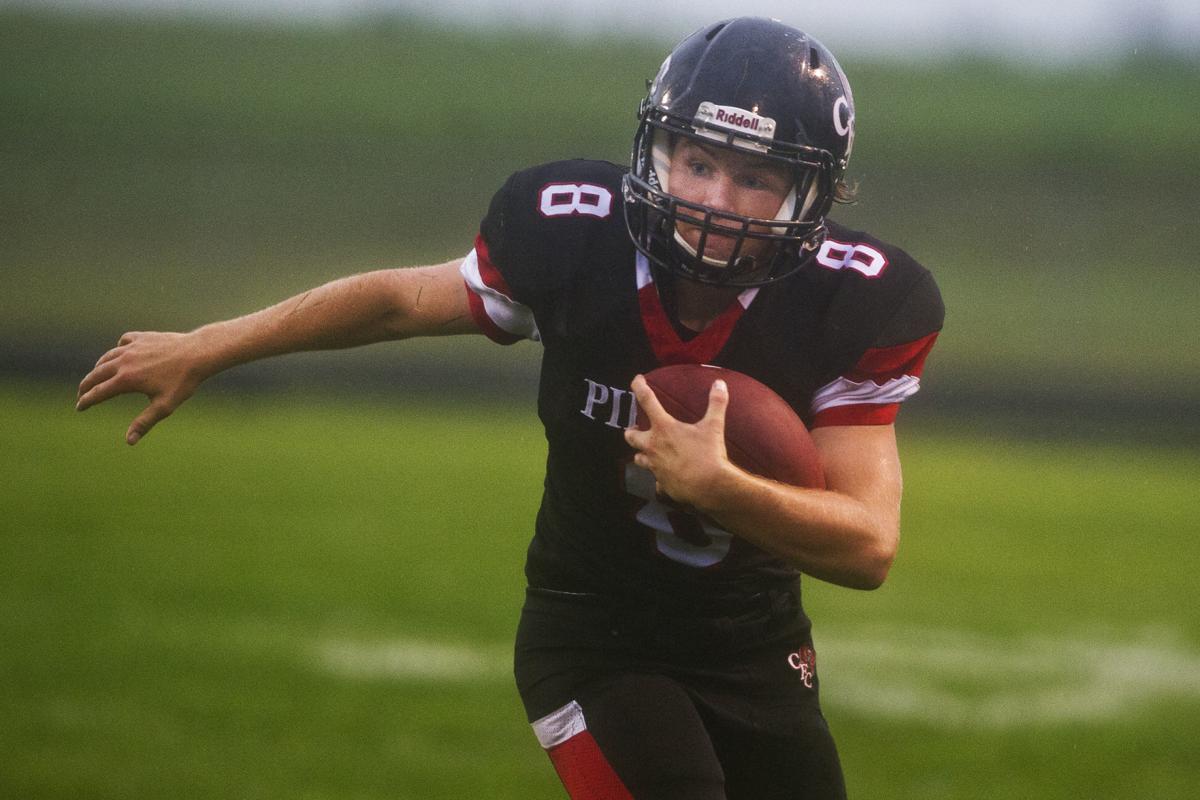 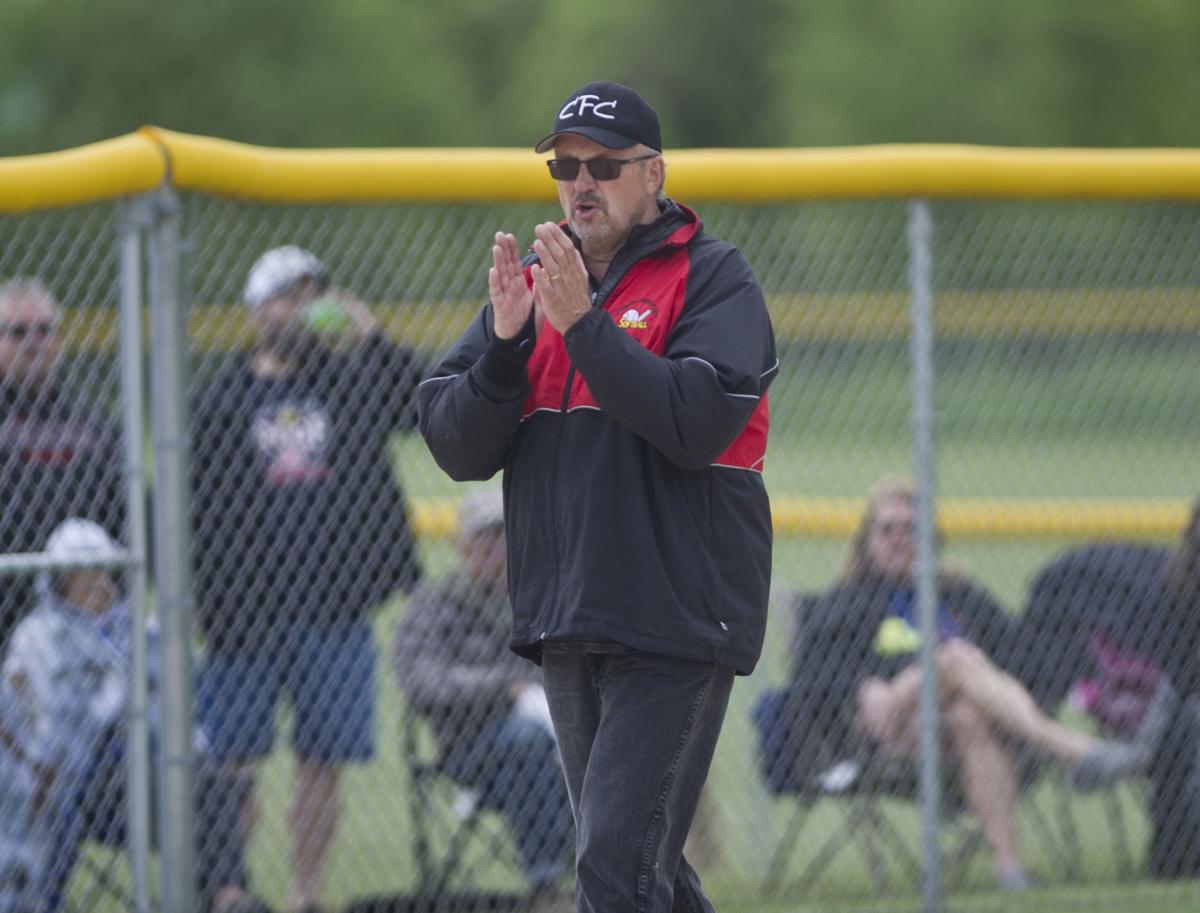 Former Cochrane-Fountain City head coach Steve Lyga claps on the sidelines during a game in 2017. Lyga stepped down from the coaching position after 30 years with the program and 25 as head coach. Luke Kjelland steps in as the new head man in 2019.

Former Cochrane-Fountain City head coach Steve Lyga claps on the sidelines during a game in 2017. Lyga stepped down from the coaching position after 30 years with the program and 25 as head coach. Luke Kjelland steps in as the new head man in 2019.

For the first time in a quarter century, the Cochrane-Fountain City football team has a new head coach roaming the sidelines.

After 25 years as head coach and 30 years with the program, Steve Lyga stepped down as head coach and Luke Kjelland has stepped up to fill the void. Lyga posted a career record of 131-115 with the Pirates and led them to the WIAA playoffs 14 times including a run of eight straight appearances from 2009-16. But now it is Kjelland’s time to step up and try to match his predecessor’s success.

The coach wants to do that by bringing a renewed sense of aggression to his team and wants to run the ball more inside of his Jet Wing-T offense, a change from the spread offense the team has run in the past.

“I think for us it’s about breeding aggressiveness into the program,” Kjelland said. “We talk about establishing the line of scrimmage — something they haven’t done as much in a spread look before because it’s more about walling off people. But now we’re looking to get off the ball and move people. I think that’s a good mentality throughout the team.”

The offense will focus on using motion and misdirection to create mismatches in the running game. The jet sweep action will get players to the edges at a full sprint to out-flank the defense for large gains on the perimeter. And the threat of the outside run keeps the defense from loading up the interior and creates space to run inside power and traps. It will also allow the team to take advantage of its large offensive line, which the coach says should be the strength of the offense this year.

“If you look at our linemen, we’re going to be big up front, and we have an opportunity to be tough up front too,” Kjelland said. “Those guys know we’re going to go as they go. We’re looking to match them up up front with people and let them show what they have.”

The line will be led by 6-foot-3, 210-pound senior offensive tackle Marcus Bunkwoski and 6-0, 210 junior tackle Michael Bissen. Making the change from spread offense pass blocking to the more aggressive run blocking assignments has been a challenge for the linemen, but the coach says they are catching on. There were a couple of missed assignments in the team’s scrimmage last week, he said, but they are catching on and enjoying the opportunity to be more aggressive.

“Run blocking is always a lot of fun,” Bunkowski said. “It’s fun to be able to go more head-to-head against the guy across from you. Pass blocking is a little more passive, but run blocking we get to really go out and set the tone and show the other team that we mean business.”

The Pirates have a lot of production to replace at the skill positions with last year’s leading passer, runner, and receiver all gone to graduation. Quarterback Brady Drazkowski passed for 742 yards, eight touchdowns and seven interceptions last year, while Cole Nisbit rushed for 355 yards and two touchdowns, and Jacob Bjorge had 321 receiving yards and three touchdowns.

Lambert and Foley were the second- and third-leading rushers for the squad last year behind Nisbit. Lambert gained 172 yards and a touchdown and averaged 4.5 yards per carry, while Foley rushed for 146 yards. Brett Drazkowski completed 6 of 12 passes for 59 yards last year as the backup quarterback.

“There’s been a lot of people to step up,” Brett Drazkowski said. “We got a lot of solid playing time last year out of the guys that are starting.”

Defensively, the team brings back a solid core of contributors and Drazkowski said he thought that side of the ball looked great in its scrimmage. The Pirates bring back a lot of experience and production with four of the top seven tacklers from last year returning.

Foley led the defense in tackles last season with 88, while Lambert was third with 69, including eight for loss, Brett Drazkowski had 45 tackles with nine for loss and Julian Spriggle had 41. Defensive coordinator Randy Knecht stayed on the coaching staff and the players will have continuity on defense and a chance to build on what they accomplished last year.

“My assistant coaches have really helped out with all of the new stuff and understand that we’re trying to change the culture of the program,” Kjelland said. “These are guys that have put in a lot of time, do what I ask them to do, and buy into a kid-first approach. It doesn’t mean we’re easy on the kids or here to say just to do whatever they want. We’re tough on the kids and we’re hard on them. But in the same sense, I think they know that we care about them.”

The Pirates open the season Friday at home against Elk Mound. The Mounders went 8-3 last season but are replacing an all-state running back in 2,000-yard rusher Brady Redwine and seven all-conference players on each side of the ball.

“I think our game Friday will be a good challenge for us,” Kjelland said. “We’ve got 28 kids and they’re going to bring 70-80 kids. So the numbers our going to be a challenge and our depth. It’ll be a good experience to see a little bigger school, used to seeing a little bigger competition. They’ll bring some speed and intensity that will be good for us to learn from.”

PLAYER TO WATCH AND WHY: Senior running back and linebacker Dresden Lambert averaged 4.5 yards per carry last season while finishing second on the team in rushing with 172 yards and on defense was the third-leading tackler with 69 and had eight tackles for loss.

WHAT ELSE TO KNOW: The Pirates are transitioning to a Jet Wing-T offense this season under new head coach Lucas Kjelland after running a spread in recent years. The offensive line led by senior Marcus Bunkowski and junior Michael Bissen should be a strength for the team.