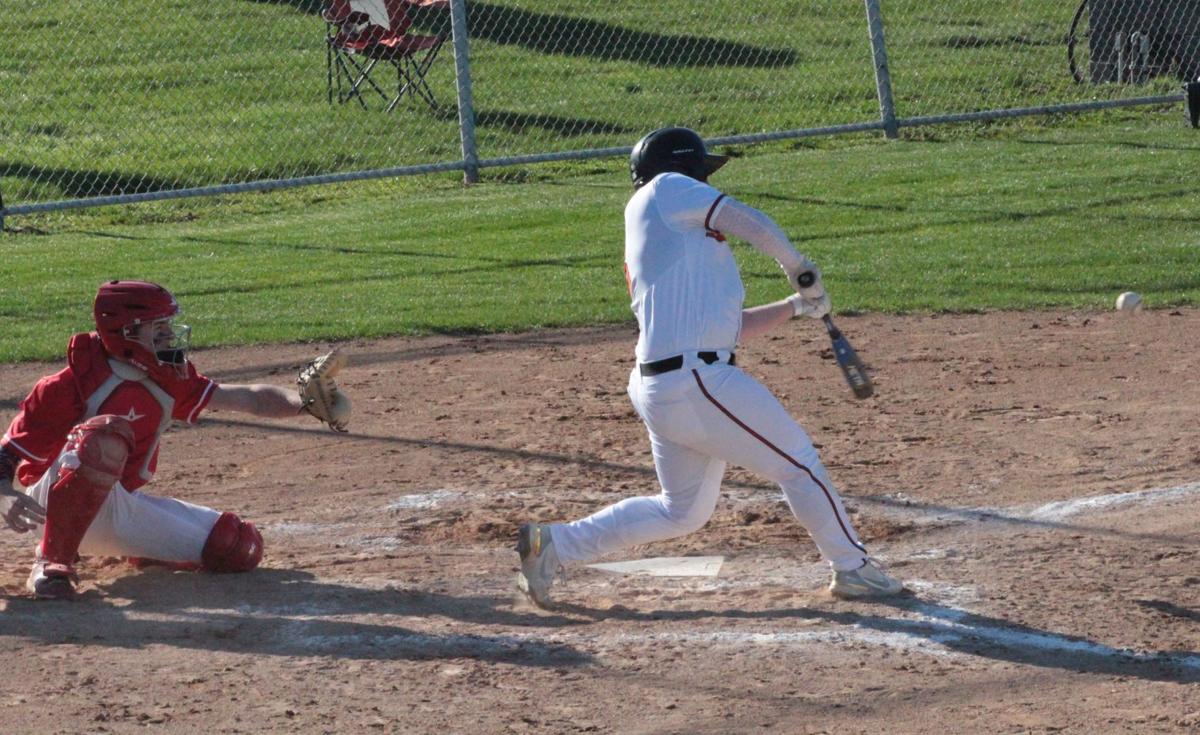 Winona's Quinn Larsen fouls off a pitch during Thursday's game against Austin. 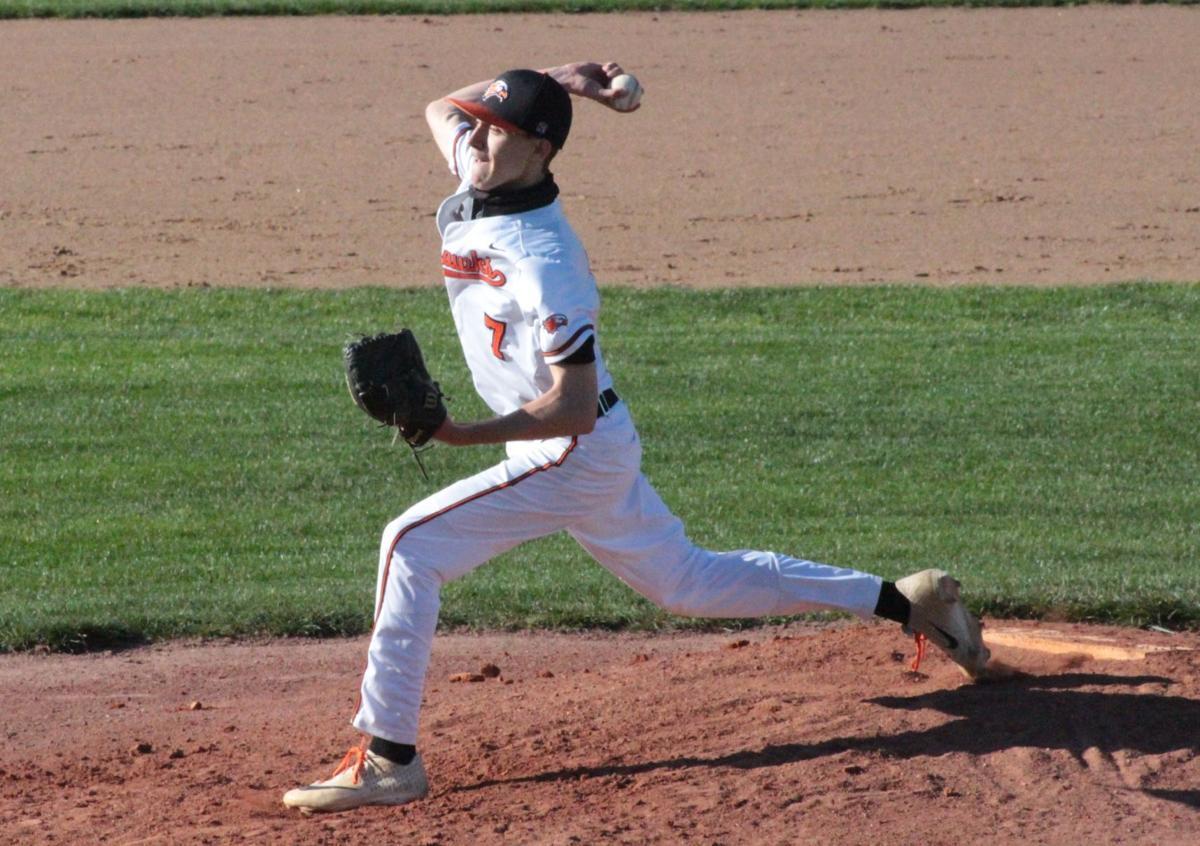 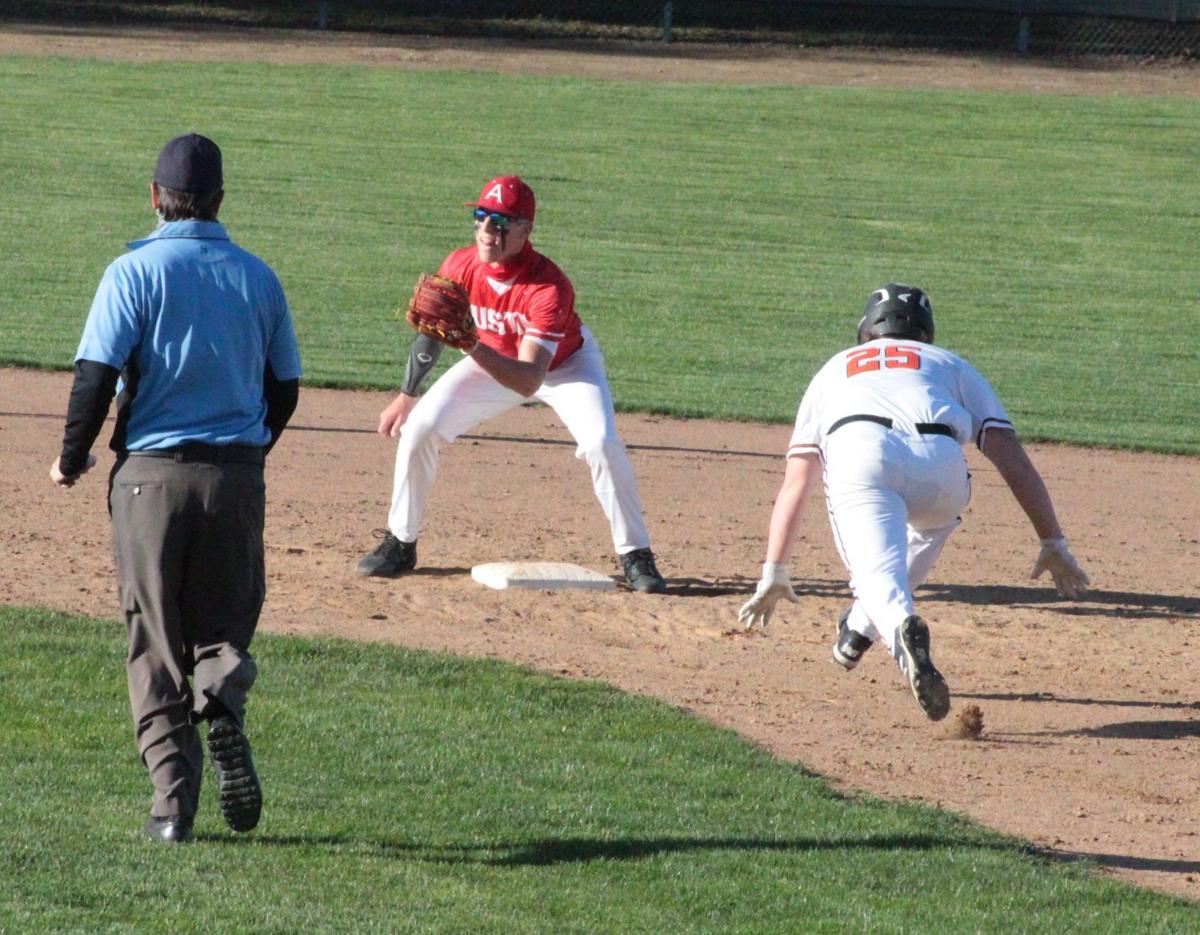 Winona's Ashten Vaughn steals a base during Thursday's game against Austin.

For five innings, the Winona Senior High baseball team’s offense was kept in check to the tune of just one run on four hits.

But then, like a flip of the switch, the Winhawks’ bats sprung to life.

Winona sent 13 men to the plate as part of an eight-run sixth inning that was highlighted by a grand slam from Quinn Larsen, as the Winhawks knocked off Austin 9-4 Thursday afternoon at Jerry Raddatz Field.

It may have taken a bit longer than coach Matt Smith and company would have liked, but it's always better late than never.

“As long as they eventually heat up that’s all that matters,” coach Matt Smith said with a laugh.

The Winhawks (5-4, 5-4) trailed 4-1 entering the bottom of the sixth after Austin starter Nick Robinson was effective in limiting the Winhawks to just four hits. The soft throwing lefty did just enough to keep the Winhawks off-balanced.

“We were having a little bit of trouble staying back,” Tucker Merchlewitz said. “We weren’t waiting for the ball to come in, it seemed like. We needed to let it travel a bit and stop swinging out of our shoes.”

But when the Packers had to go to their bullpen, the Winhawks took full advantage.

Cody Hundorf led off the sixth with a single and after an out, Marcus Winter was hit by a pitch, before a four-pitch walk to Carter Shields loaded the bases for the lead-off hitter Larsen.

After taking a home run cut and coming up empty in the first pitch of the at-bat, Larsen moved himself up in the box intent on not missing the next one.

Larsen smashed an 0-1 fastball well over the right field fence for a grand slam to give the Winhawks a 5-4 lead with one out in the sixth.

“I was trying to hit a single to right field,” Larsen said. “It just happened to go out. … I think the wind helped.”

The Winhawks would go on to add four more runs, thanks to three wild pitches and an RBI from Hundorf. In all, they sent 13 men to the inning, scoring eight runs on three hits.

“As the game progressed, we started hitting the ball hard,” Smith said. “More hard hits and ground balls for outs. I think that got the momentum going and then boom the big inning. That’s the thing with baseball you just never know.”

The Packers (2-7, 2-7) broke a 1-1 tie with a three-run second inning that was aided by Winona defensive blunders. An errant throw on a sacrifice bunt attempt scored one run, before a passed ball scored another to make it 3-1 off of Winona starter Merchlewitz.

Yet, from there, the senior right-hander settled down.

He put up a zero in third and then again in the fourth after he started a 1-5-4 double play to get himself out of trouble.

“I was just trying to throw strikes and let my defense work,” Merchlewitz said. “They had a couple of bloopers that were unfortunate. I just had to keep going up there and do my job. Just relax and keep throwing strikes. Trust my pitches and just let them go.”

The Winhawks were thinking about pulling him after the fourth inning, as he finished the frame with 86 pitches. But, he convinced the coaches to give him one more inning and he responded with a three-up, three-down, 11-pitch inning. His final line was four runs — one earned — on seven hits with three strikeouts in five innings.

“He kept us in it,” Smith said. “He could have easily hung his head — it could have ballooned out, but at 4-1 he kept us in the ballgame. We were thinking about taking him out (after the fourth), but he wanted one more inning. We had him at 86 pitches going into the fifth and he then went on to record an 11-pitch fifth inning. It was exactly what we needed from him and he delivered.”

Marcus Winter picked up the win after pitching two scoreless innings in relief for the Winhawks, who are now a perfect 5-0 in Section 1AAA play. They will put that perfect mark up against section foe Kasson-Mantorville when they host the Komets 1 p.m. Saturday at Jerry Raddatz Field.

Why is there still so much doubt surrounding the Atlanta Hawks?

Winona's Quinn Larsen fouls off a pitch during Thursday's game against Austin.

Winona's Ashten Vaughn steals a base during Thursday's game against Austin.