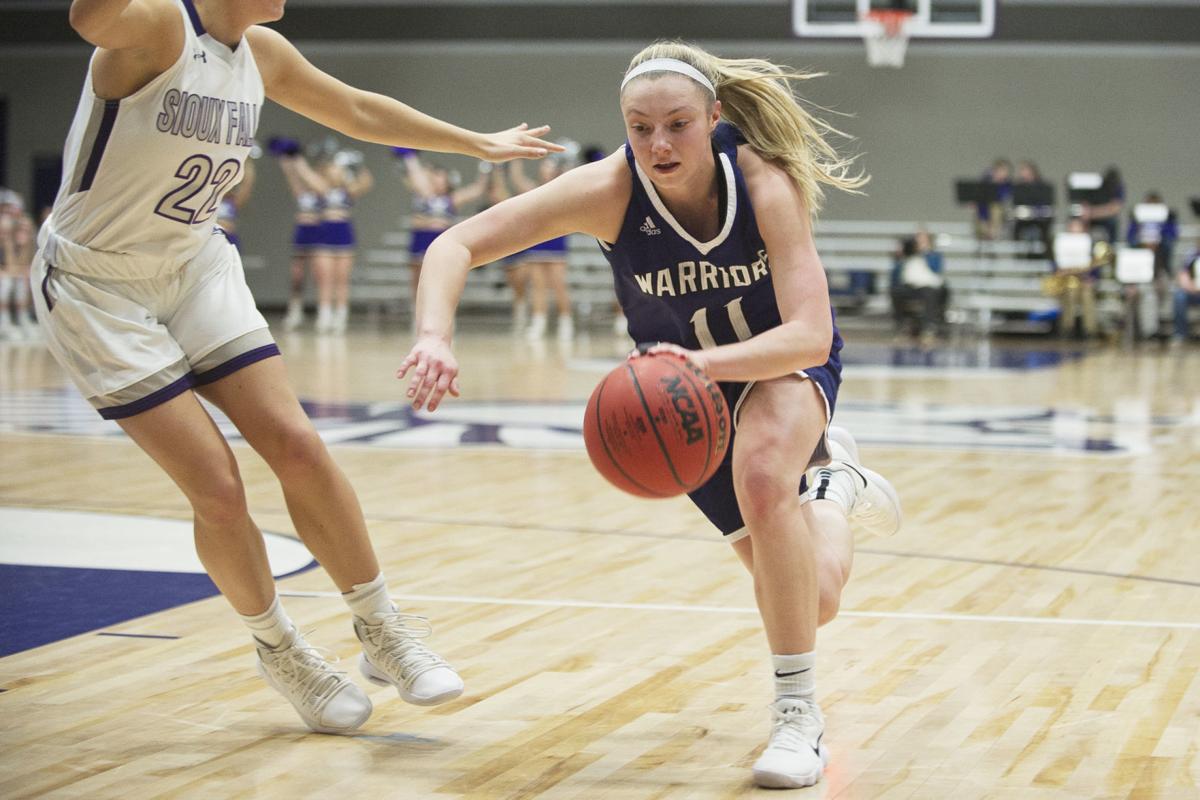 Winona State's Emily Kieck drives to the basket on Saturday during the Warriors' game against Sioux Falls at McCown Gymnasium. 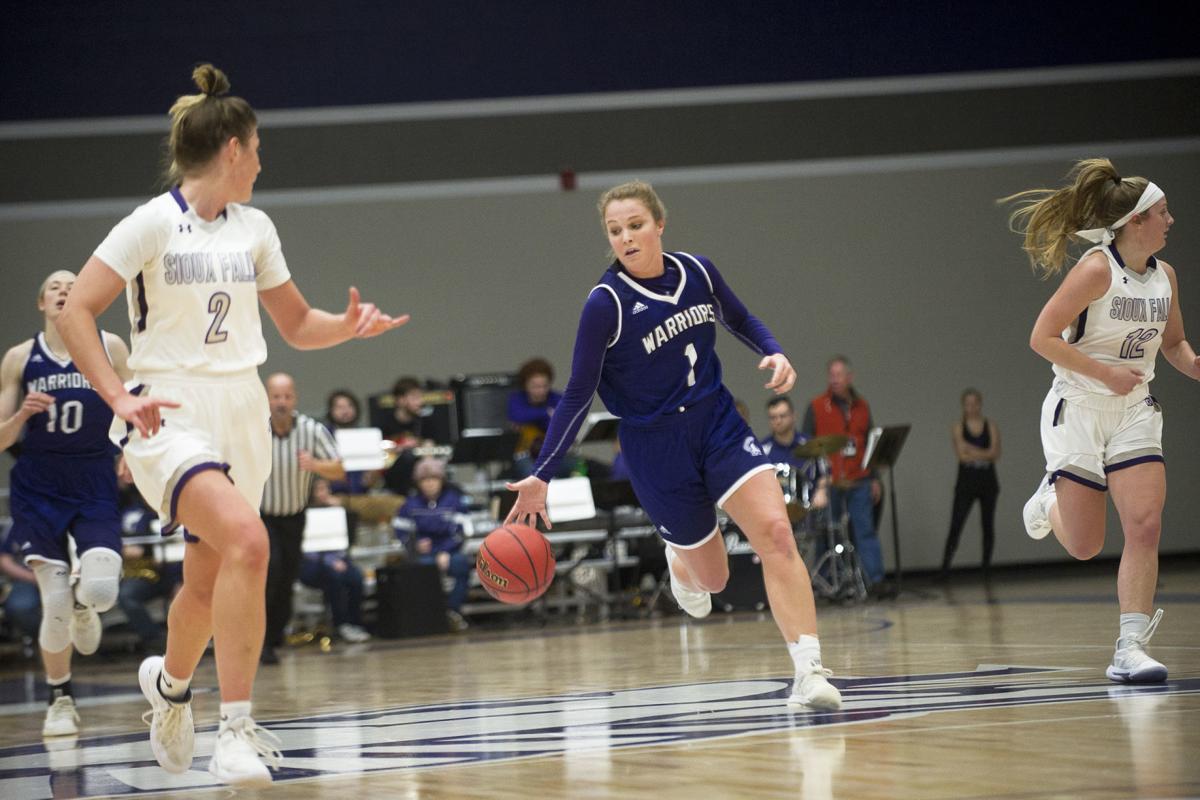 Winona State's Gabie Doud (1) dribbles the ball up the court on Saturday during the Warriors' game against Sioux Falls at McCown Gymnasium.

Julia Silloway’s bank shot, a buzzer-beating 3-pointer to end the first quarter, was what the Winona State Warriors needed on Saturday.

It was almost if that bank shot turned on the Warriors’ switch to what was their best performance this season.

At the beginning of the second quarter, Winona State started a 14-2 run that lasted 6 minutes, 19 seconds and was bookended by Kayla Schaefer field goals. Schaefer had a big night, and led the Warriors with 14 points. Allie Pickrain came on strong, too, scoring 11 of her 13 points after the first quarter.

Emily Kieck hit the go-ahead shot on a transition layup with 4:08 remaining in the second quarter, and WSU did not surrender its lead after that.

“We really needed that and that gave us a boost,” WSU senior Rachel Novotny said. “It definitely changed that momentum. It got us going.”

There was little time to think whether Silloway’s shot was going to make an impact, according to Winona State coach Scott Ballard. He hoped the Warriors would make something out of it.

“We dominated in the second quarter,” Ballard said of the impact of the turnaround 3. “It makes you think maybe the tide had turned. When we finally took the lead and finally built on it, we felt good about ourselves. I thought we had good basketball IQ and played with toughness and focus. I thought we were well-prepared.”

Friday’s 71-69 win over Southwest Minnesota State and the win on Saturday marked the first time this season in which WSU swept an NSIC weekend.

There are four more weekends before NSIC tournament play begins on Feb. 27. The Warriors will spend Super Bowl weekend at UM-Duluth and St. Cloud State.

Defense played a large key in the Warriors win, too.

“That is the first time I’ve seen Hummel get locked up,” Ballard said. “She’s their leading scorer. How are they going to make that up? You go into it not with the plan of holding her to 10 points or less, but you just want to contain her.”

The Cougars had to rely on Jessie Geer’s 15 points. Geer entered weekend play with 7.2 ppg.

WSU WBB Tournament Round 1 Vs Minot

25-7: Second-quarter score in favor of WSU

To see video highlights from this game, go to winonadailynews.com.

One could say it was Taylor Hustad's night.

As the lone senior on the Winona State men's basketball team this season, Caleb Wagner has carried the load more often than not.

PITTSBURG, Kan. — The 2020 baseball season is underway, and Winona State is in the win column. The Warriors tallied their first opening day vi…

Sioux Falls missed its first seven free throw attempts on Friday night inside McCown Gymnasium. However, the Cougars knocked down a pair of sh…

The Winona State women's basketball team had lost four straight since defeating nationally-ranked Sioux Falls on the road three weeks ago. On …

Winona State's Emily Kieck drives to the basket on Saturday during the Warriors' game against Sioux Falls at McCown Gymnasium.

Winona State's Gabie Doud (1) dribbles the ball up the court on Saturday during the Warriors' game against Sioux Falls at McCown Gymnasium. 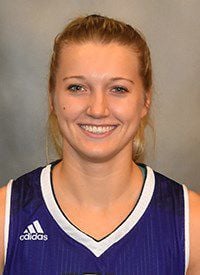