SIOUX FALLS, S.D. — There are many reasons the Winona State University women’s basketball team had its best season in program history.

The Warriors play strong half-court defense. They are efficient on offense. And they have superior depth.

The latter was on full display Saturday afternoon, as the eighth-ranked Warriors held off a hard-charging Augustana team despite missing a conference player of the year candidate for all of the second half. But a number of different players managed to step up for WSU, which put the finishing touches on a rather dominant regular season with a 69-59 victory over the Vikings.

Tara Roelofs had a game-high 21 points and Connor Nagle and Kayla Timmerman each added 14 for WSU (27-2, 20-2), which played without leading scorer Alexis Foley for the second half.

“She had a bad bruise in her quad right before halftime,” WSU coach Scott Ballard said. “We think in a couple days she’ll be fine. She would have played through it but she wasn’t cleared.

“When you play against that kind of team that presses, and we were missing one of our biggest playmakers and one of our better ball handlers, it forces other kids into that situation.”

It meant that Nagle and Roelofs had to stay on the court. It meant extended minutes for senior Emily Passint. It meant that the Warriors, who led by as many as 19 points, had to find a way to the finish line without one of the steadiest players in the NSIC.

“Not having Foley on the floor takes away our leading scorer, our best driver,” Ballard said. “She can make long skip passes. You don’t realize how important she is to tour team until you don’t have her.”

The Warriors didn’t have Foley for one game this season — an exhibition loss at the University of Nebraska.

Roelofs helped pick up the scoring slack. She was 7-for-15 from the floor and 4 of 8 on 3-pointers.

“She was aggressive,” Ballard said. “She hit some shots early and got her confidence going.”

Nagle added four more 3-pointers to her total and now has 98 for the season, five shy of the single-season record set by Becca Friestleben. She’s made at least four 3-pointers in seven straight games.

“She had to handle the ball twice as much,” Ballard said. “That wears on her and limits her number of looks. She made them pay when she had the chance.”

Timmerman blocked four more shots to add to her single-season record total. She has 87, an average of 3.2 per game.

The conference tournament is up next. The Warriors will play Bemidji State (7-19, 3-19) at 6 p.m. Wednesday in the first round. The first meeting wasn’t as lopsided as one might expect by looking at the records; WSU survived an ugly 65-56 game in Bemidji on Jan. 29. The Beavers have lost six straight games, while the Warriors have won 11 in a row.

WSU is going to enjoy a terrific regular season — Ballard joked his team gets one day off before returning to practice Monday — before looking toward the postseason.

“This is a special group of kids that has done some special things,” Ballard said. “The regular season is over, now it’s playoff season. We’re in a good position to make a run in the conference tournament. That’s our next objective.”

The week's top 10 (or so) in review: WAPS board votes on facilities future; $65K ring missing; winter sports playoffs ahead; 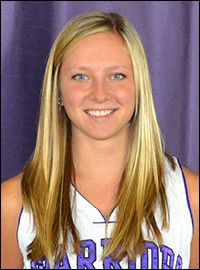 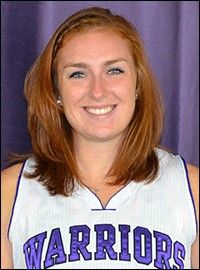