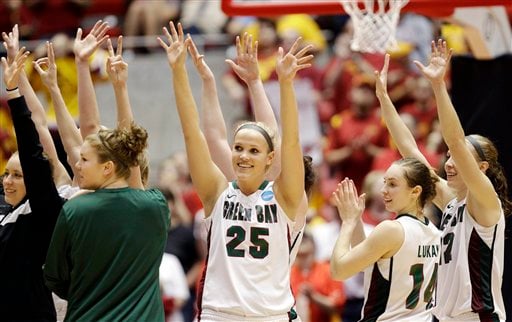 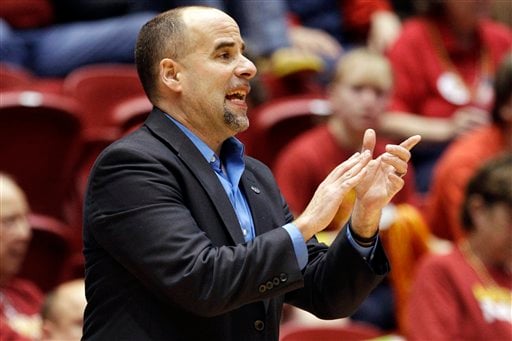 AMES, Iowa — Green Bay thought it should have been seeded much higher than seventh. Drawing host Iowa State only seemed make things worse for the Phoenix.

Instead of complaining about a lack of respect, Green Bay went out and earned some.

Lydia Bauer and Sarah Eichler each scored 16 points and seventh-seeded Green Bay rolled over the Cyclones 71-57 in the NCAA women’s tournament on Saturday.

Adrian Ritchie added 15 for the Phoenix (31-1), who’ll take on second-seeded Kentucky in the second round Monday night.

Green Bay blitzed through the Cyclones in their own gym, running out to a 42-23 halftime lead and barely looking back.

Iowa State got within 10 with 3:01 left, but the Phoenix held on to reach the round of 32 for the third year in a row.

Hallie Christofferson led five in double figures with 12 points for Iowa State (18-13), which committed 30 turnovers and lost its NCAA tournament opener for the second straight year.

displeasure with being a No. 7 seed. That’s despite winning 30 games, sweeping its matchups against high majors and earning the No. 10 spot in the last AP Top 25.

After 20 minutes, it was tough for even the thousands of vocal Iowa State fans to disagree with him.

Green Bay grabbed the lead early and never let it go. The Phoenix shot 9 of 18 from 3-point range in the first half and forced the Cyclones into a staggering 19 turnovers.

Still, Iowa State was within four with 5:29 left in the first half. But Green Bay closed the half on a decisive 20-4 run, as Bauer and Eichler each drained two 3s to make it a 19-point game.

The Cyclones made one last push by closing within 55-44. But the Phoenix moved the ball around and found Eichler for a 3-pointer to push Green Bay’s lead back to 14 with 6:36 left.

Green Bay star Julie Wojta was held to 14 points, nearly six below her average. But that hardly mattered as the Phoenix spread the ball around at will, with 17 assists on 25 made buckets.

Iowa State was in the NCAA tournament for the sixth year in a row. But the Cyclones sneaked into the field after losing to Kansas State in the Big 12 tournament, and they offered little proof they belonged there with such a sloppy effort protecting the ball.

The Cyclones did have the support of their typically raucous home crowd. A small but vocal group of Phoenix fans made the trek down from Green Bay as well, with a few sporting signs reading “Yes We Can.“

If they stick around for Monday’s matchup with the Wildcats (26-6), they should find plenty of seats available in Iowa State’s Hilton Coliseum.

Winona State's football team righted the ship at home against a rival on Saturday,as the Warriors (4-3, 1-1) snapped a two-game losing streak …

A college basketball player hatched the idea after seeing a discrimination case nearly implode his own team, then wondering why nobody had done anything about it sooner.

WINONA — The Winona State University football team (3-3) played well in the second half, but could not overcome a poor first-half performance …

Saturday marks just the fourth meeting between UW and a service academy program and the first since 1979, but all three previous matchups were notable for their own reasons.

Red Zone podcast: An autopsy on the Badgers offense and a look at Michigan

State Journal beat reporter Colten Bartholomew and columnist Jim Polzin take a 30,000-foot view of the Badgers offense and if their style is tenable long-term, what’s wrong with UW’s offensive line, and how the defense has a tough test against Michigan’s offensive line. They wrap up by making Big Ten picks.

While it’s been many years since Winona State has offered a varsity wrestling team, that has not stopped the grapplers of years past from cele…

Braelon Allen's maturity and willingness to seek guidance helped make him an integral piece of the Badgers offense by the midway point of his freshman season.