Scott Fowler: 'The Last Dance' portrayed Michael Jordan the champion, but he's failed as an NBA owner
0 comments
Share this
× 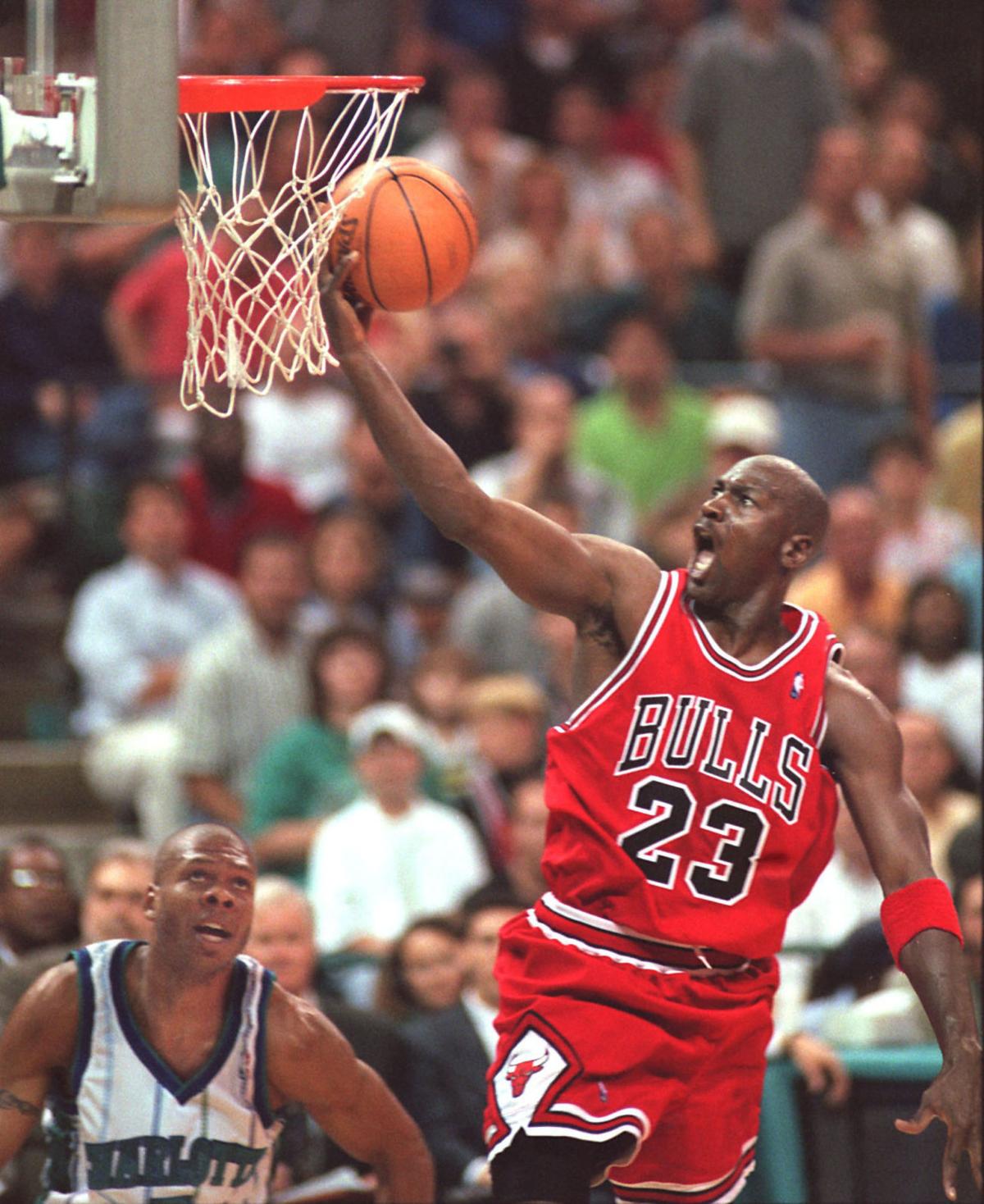 As a player, Michael Jordan (23) owned the Charlotte Hornets and everyone else. As an owner, his Hornets have been mired in mediocrity for the past two decades. (Patrick Schneider/Charlotte Observer/TNS) 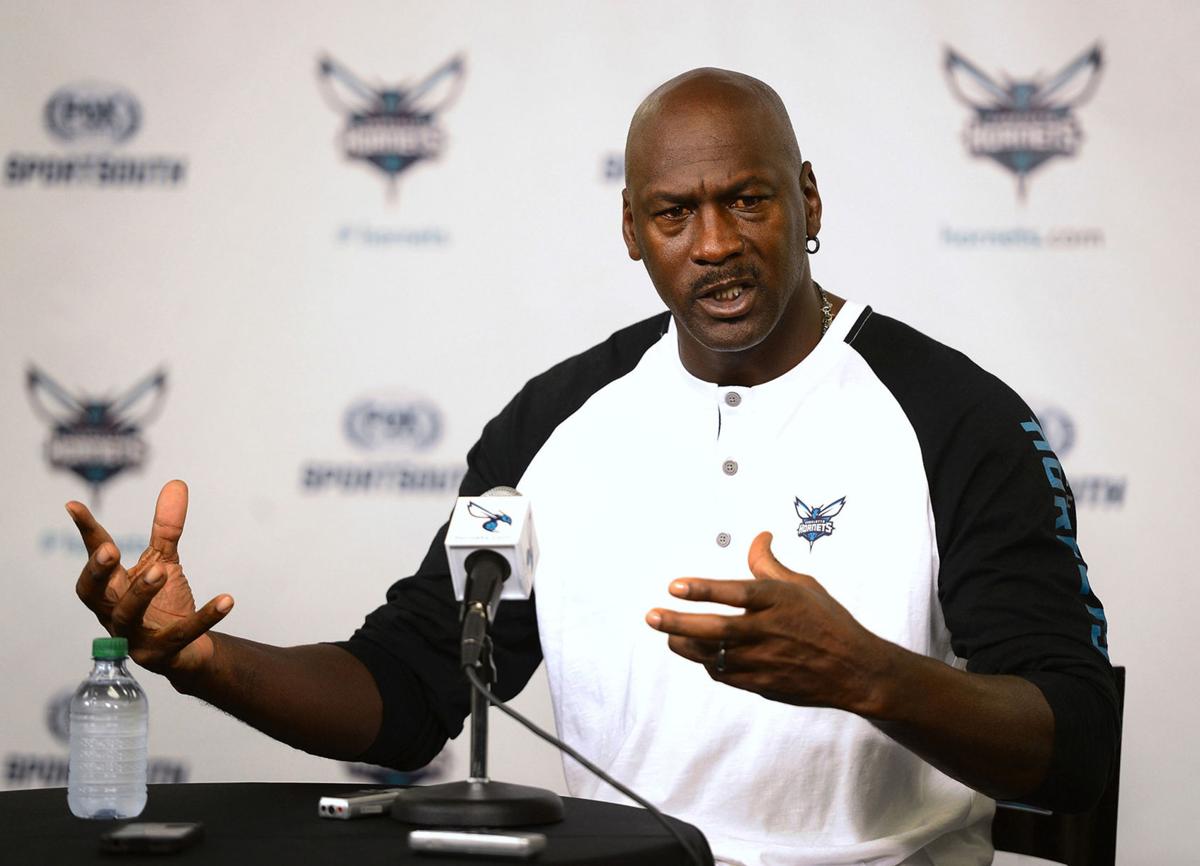 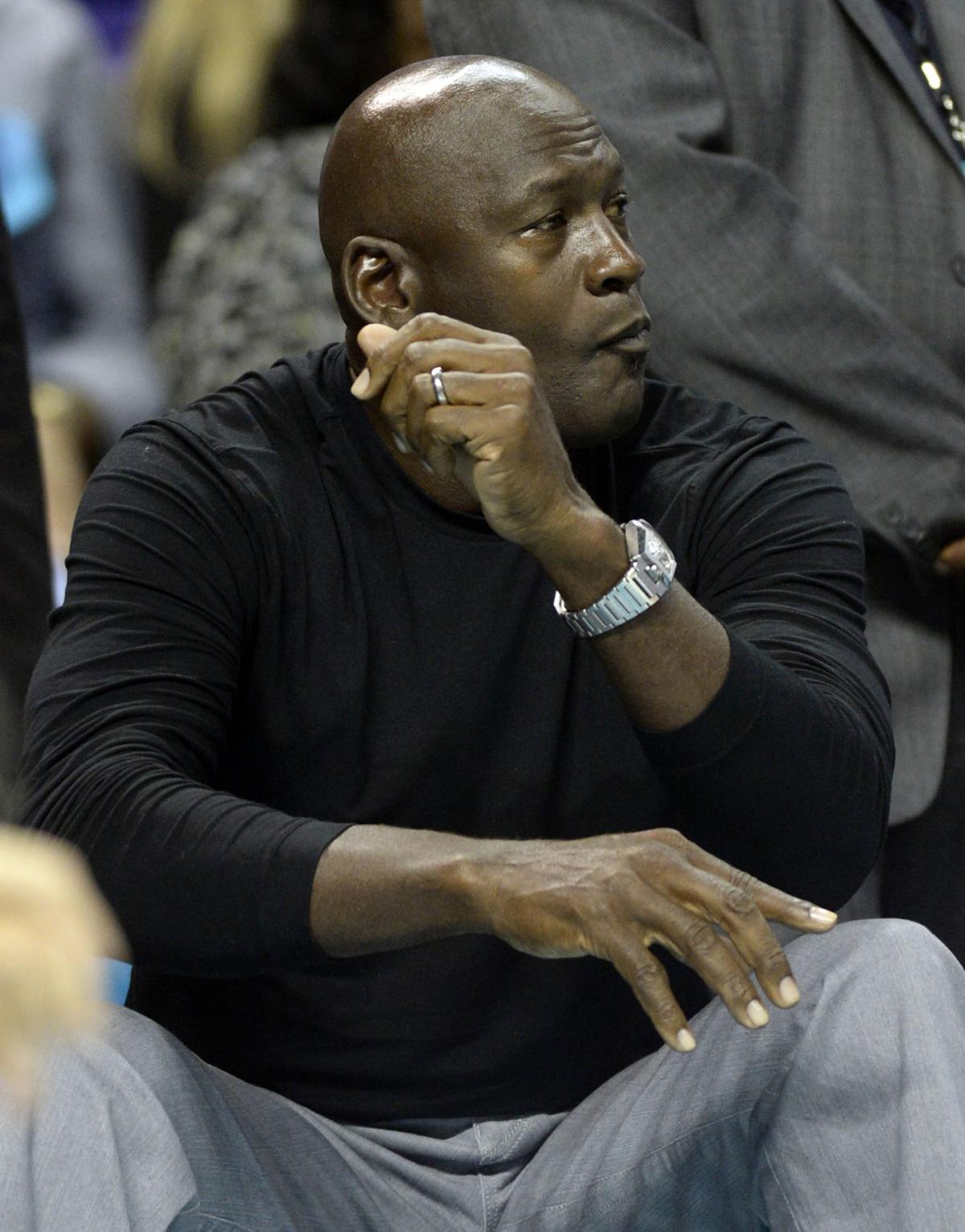 "The Last Dance" was superb entertainment - a 10-hour starburst of nostalgia that showcased the 1997-98 Chicago Bulls in general and iconic basketball player Michael Jordan in particular.

But the series focused its Jordan-centric lens only through June 1998, when Jordan was 35 years old and once again standing at basketball's mountaintop.

Jordan is 57 now. But the ESPN documentary only contained six words in its tiny postscript about MJ's last 22 years: "Michael Jordan went back into retirement."

There's been a lot more to Michael Jordan's large life than that. He un-retired one final time, playing two seasons for the Washington Wizards. He bought the Charlotte Hornets. He got divorced, got married again and had twin girls. He gave a Hall of Fame speech in 2009 that provided a glimpse behind the disrespect curtain that this documentary then pulled back for good.

But the great question left unanswered by "The Last Dance" is this: Why has Jordan - still consumed with and motivated by all slights, real and imagined - been so spectacularly unsuccessful as an owner?

The second act of Jordan's basketball life has been the polar opposite of the first. The man who willed his team to hundreds of wins as a player just can't do the same thing as an owner.

As a player, Jordan won 30 NBA playoff series in his 13 years playing for the Bulls. As Charlotte's primary basketball decision-maker, Jordan's teams have won zero playoff series in 14 years. He's had final say over the franchise's basketball operations since becoming a minority partner in June 2006.

Jordan has been Charlotte's majority owner since 2010 after he bought out Bob Johnson. Since Jordan has been heavily involved in the basketball decision-making, the Hornets have lost 58.4% of their games. Yes, an owner has far less direct effect on basketball games on a night-by-night basis then a star player does. But still, the Hornets are 464-651 since Jordan bought in. That's a large sample size, and not a good one.

"The Last Dance" was a 10-part documentary series on Michael Jordan and the 1990s Chicago Bulls. ESPN

The business part of things has worked out fine. Jordan's investment in the Hornets has appreciated considerably.

Michael Jordan the owner never has employed anyone like Michael Jordan the player, and that's been his biggest problem. But even when he drafted an NBA all-star like Kemba Walker, Jordan and his management team failed to provide enough talent around him to make the Hornets a serious threat for a deep playoff run. The Hornets eventually lost Walker in free agency, with no compensation, to Boston last year.

It is true that Jordan has evolved for the better as an owner. Jordan, general manager Mitch Kupchak and head coach James Borrego all appear in synch now as the team embarks on its latest rebuilding-with-youth project. Kupchak has the sort of juice that previous Charlotte GMs were never granted. Jordan listens better now. He's more patient.

Still, the Hornets were consistently better 20-25 years ago - when they were playing and losing against Jordan's Bulls, but also winning 50 games a year - than they are now.

Does all this losing as an NBA owner eat at Jordan? Of course it does. He won six NBA championship rings as a player with Chicago in the 1990s, as well as the 1982 NCAA championship at UNC. Winning consumes him. As a player, it defined him.

As an owner, Jordan has never seen Charlotte get even to the second round of the Eastern Conference playoffs. Charlotte's most statistically notable season came when the then-Bobcats went 7-59 in 2011-12 - which is, by winning percentage, the worst record in NBA history.

As incredibly good as "The Last Dance" was in terms of sheer entertainment, it skips over Jordan's Charlotte ownership entirely. It ends with Jordan celebrating while at the height of his powers, the way we all would like a documentary about our own lives to end.

And I get that, because the show was mostly about the 1997-98 season. Watching Jordan get angry about an officiating call in yet another Charlotte loss in 2012 would not be nearly as compelling as the Michael Jordan highlight reel that "The Last Dance" often was.

"The Last Dance" does overdo it on occasion, burnishing the myth of "The Great and Powerful MJ" by telling the same story over and over.

The story always goes like this: Jordan feels like someone disrespected him (a high school coach who cut him from the Wilmington Laney varsity; B.J. Armstrong when he played for the Hornets; former Bulls GM Jerry Krause - who absolutely gets trashed in "The Last Dance.")

Then Jordan deals with that perceived disrespect by winning. He drags his teammates along for the ride, challenging them when they don't necessarily want another challenge. He yells a lot. In the case of Steve Kerr - and wouldn't it have been something if Jordan had hired his former teammate as Charlotte's head coach at some point - Jordan punches him in the eye.

Undoubtedly, Jordan has felt disrespected as an owner, too, because in his competitive life, Jordan thrives on disrespect. So there's always something. If he doesn't have anything handy, he makes something up. The LaBradford Smith story from "The Last Dance" is a prime example.

But Jordan has never has been able to shake off the Hornets' incessant mediocrity like he shook off Bryon Russell on the last shot of "The Last Dance." He has miscalculated - or allowed others to miscalculate under his watch - on numerous personnel decisions (signing Lance Stephenson; hiring Sam Vincent and Mike Dunlap as head coach for one bad year apiece; drafting Adam Morrison with the No. 3 overall pick and picking Malik Monk over Donovan Mitchell; giving Nic Batum $120 million).

And the MJ name - and all the magic that still comes with it - still hasn't been able to lure a superstar to Charlotte. This was always supposed to be the ace in the hole when Jordan assumed primary ownership in 2010, because who would turn down a chance to play for MJ? Lots of people, it turns out. Instead, the superstars and the super-agents have always located their super-teams elsewhere.

Surely Jordan has more appreciation now for the great work Krause did as a GM in Chicago. Although few people appeared to like Krause much at all, GMs aren't supposed to win popularity contests. Krause found Scottie Pippen and Horace Grant in the same draft in 1987, used a second-round pick on Toni Kukoc long before locating foreign big men who could shoot became an NBA trend and plucked future head coach Phil Jackson out of the CBA.

As much as Jordan wouldn't want to hear this, what he could have really used his own Jerry Krause in Charlotte. He long ago realized it's more difficult for him to own a team and win than it is to play for one and win.

"It's harder because I can't impact the game in shorts and tennis shoes," Jordan said in 2014 in Charlotte. "When I did have those on, it was easier to prove people wrong. It's harder to do that now when I've got a suit on."

And so here we are, with Jordan still trying to produce a winner in Charlotte. I'd love to see it. It would be a lot more fun to write about than another 36-46 team.

But after a decade of Jordan as the Hornets' majority owner, I'm not holding my breath for ESPN's filmmakers to ever find a worthy sequel in Charlotte. Last dance? Shoot, I'd settle for a first dance.

Jordan was unbelievable in shorts and tennis shoes. But now he's in a suit, it's 14 years later, and we're all still waiting.

As a player, Michael Jordan (23) owned the Charlotte Hornets and everyone else. As an owner, his Hornets have been mired in mediocrity for the past two decades. (Patrick Schneider/Charlotte Observer/TNS)