Become a Member
Read Today's E-edition
Share This
Inside the Lines: Whyte won't let whip from wave wipe her out
Share this
1 of 3 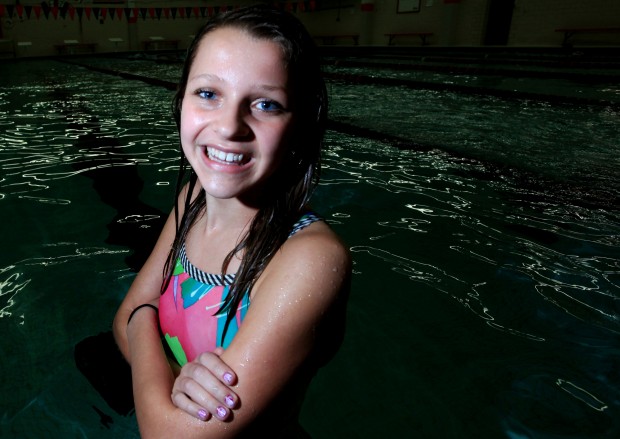 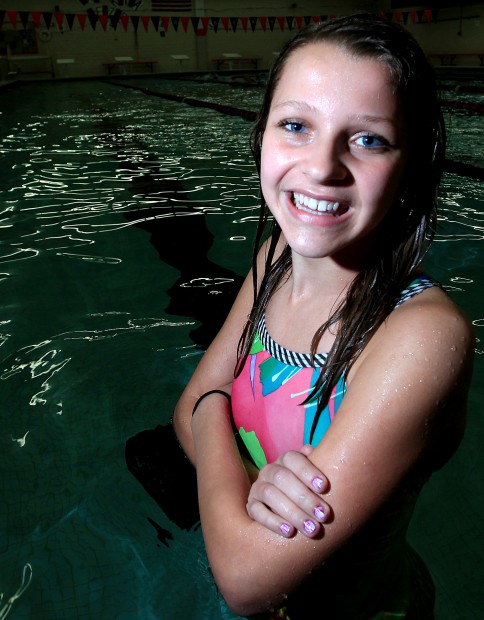 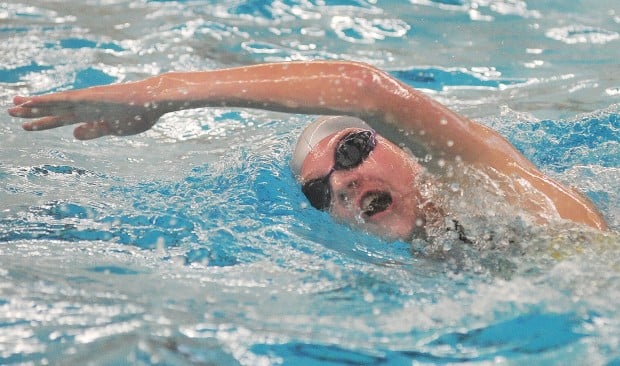 As she saw her friend, Emily Thurow, bounce out of the tube after hitting a big wave, she tightened her grip.

As the boat busted through the lake water, the second wave turned out to be a doozy.

So much so, it would change the next three months of Morgan Whyte’s life.

“We hit the second wave and I twisted backward, still holding onto the thing (tube),” Whyte said. “I kind of got whipped off. I didn’t feel anything.

“People ask me if I heard it crack or anything. I didn’t hear anything. I thought it was fine, then I looked at my (right) arm and it was moving back and forth. You could see the broken bones (pushing at the skin). It was gross.”

A freak accident while tubing on a lake near Cable, Wis., abruptly changed Whyte’s July afternoon. Suddenly, Whyte, now an eighth-grader at Cotter and a two-year member of the Winona Senior High School swim team — was unsure of how seriously she was injured.

Or, believe it or not, if she would be able to swim for the Winhawks this season.

“It (her upper right arm) broke in three places. We were kind of in the middle of nowhere, Lake Namekagon, which is close to Hayward. (On the 40-minute drive to the hospital) the roads were wavey and bumpy. It wasn’t very much fun.”

The 14-year-old went to a hospital in Hayward where her arm was x-rayed. It was such a serious break, actually multiple breaks, that she was told to see a specialist immediately.

Well, when you’re in the lake country of north-central Wisconsin, immediately means an hour or more drive to the nearest major hospital. Whyte wound up going to Duluth, Minn., where she was given a choice.

“It was midnight by the time we got there (the accident happened around 3 p.m.),” Whyte said.

“The doctor told me I needed surgery. He said we could do it then, or wait until morning. So six in the morning, I did surgery.”

While there are a lot of things Whyte would like to forget about that particular day, there is one thing she could not get out of her head.

A backstroker and freestyle swimmer, Whyte was going to miss a good share of the Winhawks’ season. That pain, she says, was almost as bad as what she incurred from the injury and subsequent rehabilitation.

“They (doctors) said that I would be able to get into the water once they started to see healing. It had to heal because that plate was in there,” Whyte said. “It took about two weeks, maybe three, until they actually saw healing.

“It was so hard watching everybody (else) swim. I was really sad about the thought that I wasn’t going to be able to swim for awhile. It was hard to go to meets and watch all of your friends swim.”

That may have motivated Whyte even more, said Winona High swim coach Steve Burt. Although he saw a young athlete who was a bit unsure of how her arm would react to vigorous training, he also saw a determined one.

“Just knowing what I know about broken bones and how long they take to heal, I knew she was looking at a long haul,” Burt said.

“I also know that swimming is important to her. She wants to do well, and when she isn’t, things like that bother her. Some kids are here for the social aspect of it.”

Whyte was not allowed to do full workout until the first week of September. Until then, she spent an hour or so of each practice just kicking with her legs.

“I would miss swimming too much if I did that (completely stop training). For two weeks, I came to practice and I kicked for two hours every day,” Whyte said.

“Once the doctor said I could swim, I could only swim for an hour. It was a little frustrating. My friends helped me a lot. They said, ‘Morgan, you just broke your arm and had surgery. You don’t need to be going as fast as you were last year.’”

She’s not, but she hasn’t given up on the fact that she might be. If not this year at the upcoming sectional meet (Nov. 10), then next season.

For as long as he can remember, Carson Thompson has loved Winona State University’s football team.

CALEDONIA — When one thing does not go right for Caledonia’s boys basketball team, the Warriors are talented enough to change their game aroun…

Back on January 7, the Cotter girls basketball game had a 10-game winning streak snapped in a road loss against Dover-Eyota, and the Ramblers …

Jim Polzin: Aaron Rodgers, Packers out of sync in what could be his final performance for Green Bay

The star who likely will be named the NFL’s MVP for the second consecutive season and fourth time in his career was closer to mediocre on a night the Packers needed him to be excellent.

GALESVILLE — The Galesville-Ettrick-Trempealeau girls basketball team is starting to find its footing.

Innovative insulation unveiled for Team USA ahead of Winter Olympics

Innovative insulation unveiled for Team USA ahead of Winter Olympics