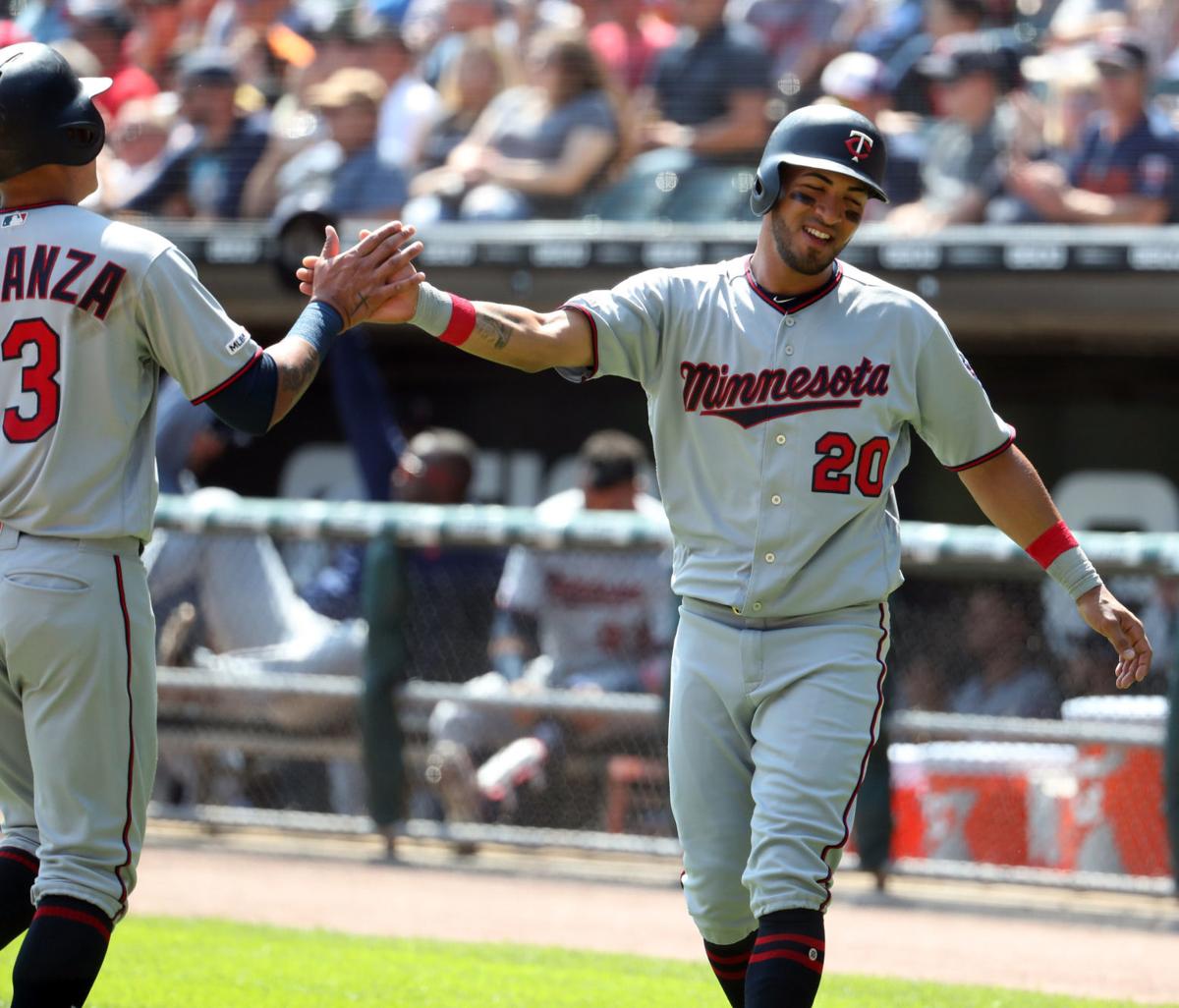 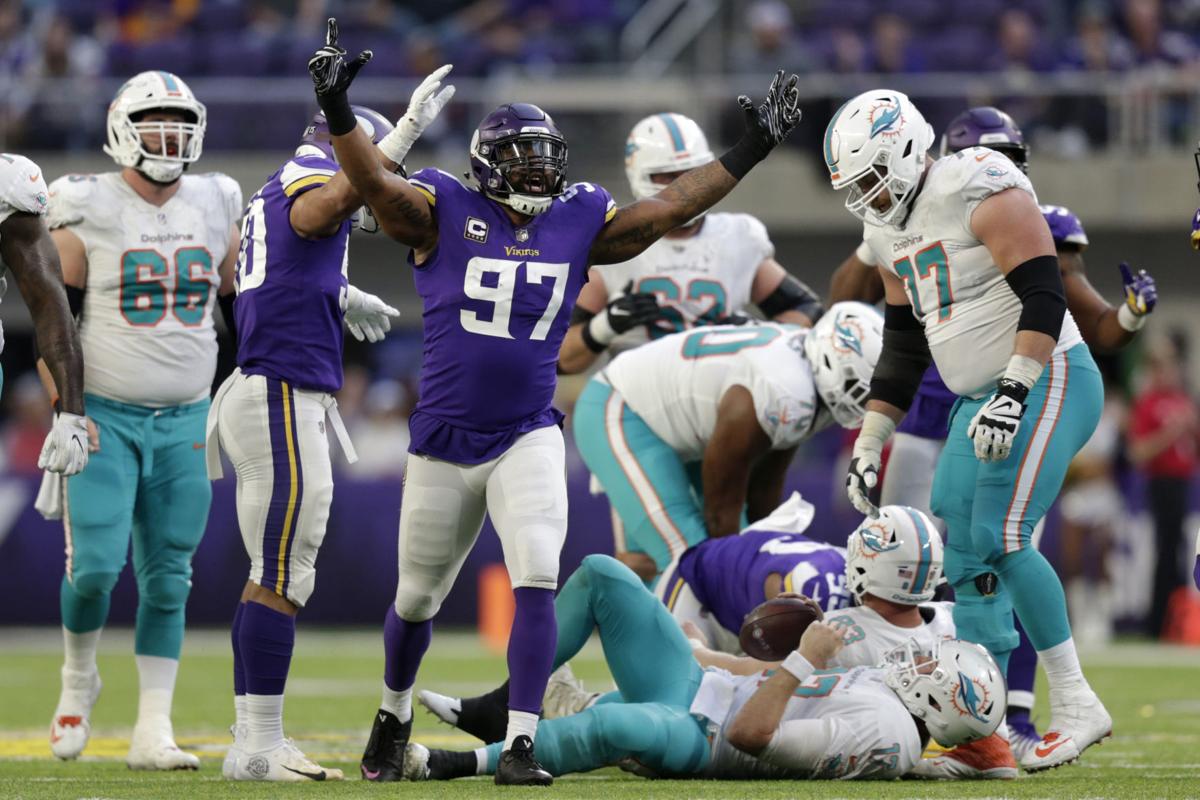 MINNEAPOLIS — The situation represented a pass rusher’s dream. Third-and-16, no threat of a run with a 21-point lead and the home crowd whipped into a frenzy.

Atlanta Falcons quarterback Matt Ryan might as well have been standing on a porch, ringing a bell, yelling “Come and get it!”

At the snap, Danielle Hunter blew past tight end Austin Hooper, who was supposed to chip him but whiffed. That rendered right tackle Kaleb McGary helpless as Hunter zoomed past him, too.

Ryan spotted Hunter, the 6-5, 252-pound chiseled freak of nature, bearing down on him and did what any sane person would do at that moment. He dropped to the turf and rolled over in an act of self-preservation.

Hunter touched Ryan for a sack in the second quarter of a 28-12 win on Sunday. A split second later, Everson Griffen fell on top of Ryan after overpowering Atlanta’s left tackle on the other side.

For all the conversation this offseason about the Vikings new offense, Gary Kubiak’s arrival and Dalvin Cook’s impact when healthy, the season opener once again revealed the team’s heartbeat resides with the defensive line and a ferocious pass rush that can turn even veteran quarterbacks into a puddle of nerves.

“We’ve got some nightmares out there,” safety Harrison Smith said of the front four. “There’s not a lot of guys that are like them once they get that scent in the water.”

They smelled blood against a Falcons offense that started two rookie linemen and was forced to abandon the run after falling into a hole in the first half.

The defense produced four sacks by four different players and seven quarterback hits. Their 20 quarterback pressures were the second-most in the NFL in Week 1, according to Pro Football Focus. Hunter registered 10 pressures by himself, which tied Green Bay’s Za’Darius Smith for NFL-best in the opening week.

The pass rush — spearheaded by Hunter and Griffen off the edges and Linval Joseph up the gut — is a sight to behold when they get into a rhythm. The foundation for a Top 5 defense starts there.

“Those boys get to the quarterback and we make plays on the ball,” cornerback Xavier Rhodes said. “Force him to make bad throws and bad decisions. Give thanks to the ‘D’ line and the front seven for making our job a lot easier.”

Ryan never appeared comfortable on Sunday. Both of Anthony Harris’ interceptions were aided by pressure, the second one coming in the end zone when Ryan made a panicky throw.

“We kept Matt Ryan kind of uptight,” Griffen said. “Got around him and affected him.”

It started from the opening play. Mike Zimmer employed a creative wrinkle by shifting linebacker Anthony Barr to right end just before the snap, with Griffen sliding a few feet inside. That confused left tackle Jake Matthews, who blocked neither one. That left Barr with a free run at Ryan for a sack.

That quickly grew into a bonfire, which is Zimmer’s defense at its best — a relentless pass rush that can be sustained mostly with the four linemen and then Zimmer’s favorite blitzes sprinkled in for greater effect.

Utilizing Barr as an extra pass rusher presents a different dynamic. He produced a sack, two quarterback hits and a pressure on one of the interceptions.

“Barr is a special player,” Joseph said. “You pay him a good bit of money, you expect him to do a lot of different things. He’s living up to the hype.”

They have several guys worthy of hype.

Hunter is a star at age 24, and Joseph is a force inside. Zimmer lauded Griffen’s opening performance by noting “he looked a lot like when he was at the Pro Bowl.”

If Griffen regains that form after a challenging 2018 season personally and professionally, Zimmer’s defense should rank among the NFL’s best again in points allowed and sacks.

“We’ve got some guys that can roll,” Smith said.

And as we witnessed in the opener, sometimes they make quarterbacks drop and roll.

Retired Cowboy, former Badger Travis Frederick lines up to take on his biggest opponent yet

Travis Frederick retired from football, and unlike so many ex-NFL players who eventually return, do not expect him to follow that same tired p…