This year’s Iowa caucus could go down in history as illustrative of what happens when progressive Democrats are in charge.

We had unintended consequences, confusion, undeserved shame for the state, TV cameras perplexed by the curtains not rising, presidential candidates wondering what they were supposed to do next and why they had campaigned so hard and spent so much money.

Finally, after waiting around for days to see who won, the results were announced with ignored pleas by top Democratic officials that there had to be a recount.

Although it could be an alternate reality, it seems that presidential candidate Pete Buttigieg may be a fraction of a percentage point ahead of Bernie Sanders in the popular vote and that each one has at least 11 delegates.

It is interesting that Sanders emerged reasonably well out of the chaos because he is a champion of chaos, someone who wants to dismantle essentials of free enterprise, squeeze liberty to the point of being a flat tire, spend us into economic ruin and thereby win the hearts of the people.

His ambitions include scorching taxes, “Medicare for All” while Medicare is already in financial straits, a Green New Deal aiming to generate more change than the climate is capable of, and paying off mostly middle class student loan debt, meaning less government money will be available for the poor, a socialist sin.

Sanders and his followers are mostly wedded to equality of monetary outcome even though it can only be achieved through coercion. They do not know that no economic system has ever benefited humanity as much as capitalism. And the youthful Sanders supporters don’t seem to get it that this elderly man with adolescent dreams has less common sense than President Donald Trump.

But wait, you might say. Pete Buttigieg also did really, really well in Iowa, and is a veteran, a Harvard and Oxford University grad and a moderate.

Some of that’s true, and there’s no question that this 38-year-old former mayor of South Bend, Ind., is articulate and alert enough that his campaign workers figured out he had done well days before the caucus managers were announcing anything.

The day of the vote, he gave a victory speech about a new generation bringing about political unity under which inequities would disappear and America would thrive.

Understand, however, that he is not a moderate and flubbed the job in South Bend.

Is it moderate to want to reshape the Supreme Court so that constitutionalists will lose their majority position? Is it moderate to want to replace the Electoral College with a system that would lessen the standing of less populous states in a union that aimed to ameliorate that issue? Do those of us who do not live on the East or West Coasts want them to rule us? And Buttigieg struggled to get along with his police department and some in the black community who felt they were victimized by police.

It’s true that Buttigieg has modified his policy positions to the point of not being as extreme as Sanders or Sen. Elizabeth Warren, but he is still mostly racing down the same track, if at a slower pace. He does have some good ideas in my view, but I frankly doubt his leadership capacity, and a serious problem has been his inability to connect with black voters.

Buttigieg’s success at the polls might have something to do with his having a chance to campaign heartily in Iowa while a number of the other candidates, being U.S. senators, were stuck in Washington impeachment proceedings.

But fumbling Joe Biden also had the opportunity to scoot around the state to no benefit whatsoever. Some are saying he’s in trouble now and are looking at billionaire Michael Bloomberg, former successful mayor of New York City, to be the real moderate, and, yes, he is less scary than Sanders, as are most politicians in the country.

Let’s hope the next primary elections are conducted more smoothly than this last one and that the more sensible candidates do climb to the top.

Jay Ambrose is an op-ed columnist for Tribune News Service. Readers may email him at speaktojay@aol.com.

Oh no, the cabal has set a plan in motion. The best laid plans are always conceived at the bar. Especially when excessive alcohol is involved. Hopefully Lyft was called for ride home.

Hive, you are/were exactly right as we talked about earlier at the bar..

At JD, Martin and dodgers who use noggins, don't waste your time., best ignore him. Capt Norb is right!!!

I'm exercising my right to call you an idiot, and you can do the same to me. I'm not stomping on anyone's rights.

You are constantly patronizing and threatening me. Which is far worse than vulgarity. And in greater abuse of the rules than myself for saying mean words.

Worse yet, you lie, dodge and remove accountability/responsibility for it. And will continue to do so after this post.

Mr. jdinifinity3, I’m not telling you what you can and can’t say. I’m just suggesting that you avoid obscene, vulgar, lewd, racist or sexually-oriented language and degrading people. That shouldn’t be difficult for a righteous person such as yourself.

Maybe you don’t realize it but when you question or disparage ones intelligence by calling them an idiot or moron you are stomping on their rights.

Hey Johnson, I'm not the one that sits here like the toolbag that you are, threatens people with banning their accounts by telling what they can or can't say.

So don't tell me I stomp on ppl's democracy. Far from it.

Mr. Hive, The US population grew by less than 0.5%. I would not call that a “ prodigiously and exponentially growing population.”

The value of a college degree will be greatly reduced if everyone between 18 to 35 is given one for free. Toilet paper will become more valuable than the paper a degree is printed on. In regards to housing, people will have to understand that not everyone can live in California. Not everyone can live in the big city. People will learn to appreciate life in rural America.

I don’t know how to address your last question. It’s a paragraph long and runs all over the place. Sorry 😐

So obvious. Had to do it!

Dodger, we, well I for one, cannot keep up with your "driven impetuousity," which some who deal with personality problems might define as an "A type obsession"...a personality disorder bordering on "character disorder;" and character disorder is a very serious disorder diagnosis, which may be the crux of POTUS' problem.

Bo-speak, "Never mind that I can’t explain how I’m going to pay for all free, free stuff. "

Well. explain to all how a prodigiously and exponentially growing population can be sustained by us?

Explain too, jow the Law of Diminishing Returns (Marginal Utility) does not affect us, in every facet of life, including where these jillions of dodgers will live...

Then explain to us how justice is served by increasing the levels of want to "lower" needy numbers...as corporate welfare, tax loopholes and military spending shroud education of unwilling to learn classes...like blacks and latino groupls that shun freedom - like conservatives...

Mr. jdinifinity3, “ We should all grow up to become loudmouth idiots that step on other people and democracy.”. You do this everyday, tell us something about you we don’t already know. 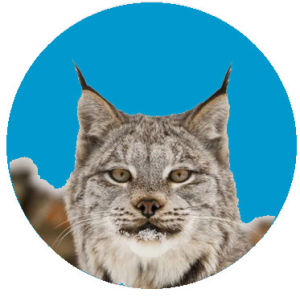 Unfortunately, if a past editor were in charge, by the name of Bremmer, most of the comments here would have been tossed in the wastebasket.

I for one, do enjoy your comments as one of the few thought out, respectful and articulate items here.

We should all grow up to become loudmouth idiots that step on other people and democracy.

Yup, Vote for me because I’m the only one that can beat Trump said the top seven Democrat 2020 hopefuls. Never mind that I can’t explain how I’m going to pay for all free, free stuff. The main thing is I can beat Trump. Who cares if the economy is good, who cares unemployment is down, who cares that wages are up. I will replace it with free Medicare for all, Free College and Student Loan forgiveness, Guaranteed Minimum Wage of $20/Hr and I will give everyone $1,000/month universal basic income, as a way to offset job loss from automation. Automation due to the $20 minimum wage because businesses decided to invest in Robots instead of People. But hay you can still stay in your parents basement until the next election in 2024 when Americans realize how much free, free stuff really costs.

Yeah, like Donald Trump is a lesson for kids to emulate!