The eye-catching packaging features cookies in gourmet flavors like sea-salt and snickerdoodle. Delectable-looking caramels. Mouth-watering chocolates. These treats are enough to tempt anyone — especially impressionable adolescents.

But these “edibles” are more than just tasty treats. They contain cannabinoids like tetrahydrocannabinol, or THC, the chemical in marijuana responsible for most of the drug’s psychological effects.

Slick marketing of edibles and other marijuana-based products, along with legalization of marijuana’s recreational use (now in at least 10 states and Washington, D.C.), is shifting societal attitudes toward the drug. As more permissive perspectives toward recreational marijuana take hold, the drug’s detrimental effects on its youngest users appear to be overlooked.

In Maryland, a bipartisan group of lawmakers is said to be investigating the pros and cons of legalization for adults. One of the likely discussion points? Potential tax benefits for legalizing marijuana.

Some lawmakers say taxes from the sale of legal marijuana would help pay for costly education reforms. In fact, this has been cited as one of the primary reasons Maryland lawmakers are considering legalizing recreational marijuana.

By legalizing recreational marijuana, Maryland is likely to face a host of costly education and other problems.

Scientific evidence tells us that being “high” on marijuana results in immediate impaired attention, memory and learning.

For teenagers who toke up or munch on edibles before or after class, residual but very real effects can last much longer. Mounting data show the deleterious and potentially long-term effects of marijuana on the developing adolescent brain.

One landmark study, which tracked more than 1,000 adolescents in New Zealand between early adolescence and middle age, found that individuals who habitually smoked marijuana before turning 18 lost up to eight IQ points by the time they turned 38.

Marijuana use during adolescence also has been linked to mental-health issues later. A 2019 meta-analysis of more than 23,000 participants published in the medical journal JAMA Psychiatry found that individuals who began using marijuana at least weekly before the age of 18 were almost 40% more likely to develop depression in adulthood. This early, regular usage also significantly increased the likelihood of suicidal behavior in later years.

But marijuana use isn’t just bad for teenage brains. It increases the risk of immediate, dangerous consequences to anyone who uses it.

Statistics in states that have legalized recreational marijuana bear this out. Marijuana-related traffic deaths involving drivers who tested positive for the drug have nearly tripled in Colorado since the state legalized marijuana for recreational use. Marijuana-related emergency room visits and hospital admissions in Colorado also have escalated since the drug became legal, especially among adolescents, according to multiple studies.

The high levels of THC found in today’s marijuana-based products could have something to do with the rise in emergency room visits.

The Alcohol and Drug Abuse Institute at the University of Washington found that today’s marijuana “crystals,” sold in a legal marketplace in Seattle, contained a maximum of 79% THC. Marijuana “waxes” and “sauces” from the same legal marketplace? Up to 85% and 83% THC, respectively. In contrast, the average THC content of marijuana tested in 1980 was just 1.2%.

Critics might argue that in states where recreational marijuana is legal, buyers must be 21 years of age and, therefore, teens won’t have access to the drug. But many young people in our country fail to wait until they’re 21 to drink alcohol. And scores of parents to underage children turn a blind eye to the illegal consumption of alcohol.

What’s to say it would be any different for marijuana?

All things considered, we seem to be moving toward a state where adolescents face few incentives to avoid using marijuana. We’ve already got the marketing and packaging in place to lure young people to consume marijuana-based edibles (plus wildly popular adolescent-friendly vape products, frequently used to smoke marijuana). Lawmakers are purporting the supposed financial gains of making recreational marijuana legal.

So, what’s missing? A sound public health campaign on the risks associated with recreational marijuana use, especially in young people. It just might prevent a pending public health crisis.

Elizabeth Heubeck (emheubeck@gmail.com) is a Baltimore-based freelance writer whose writing has appeared in the Washington Post, the Hartford Courant, U.S. News & World Report and other news outlets.

Like the ones came with cell phones, car screens and drones? Dumb arse us! 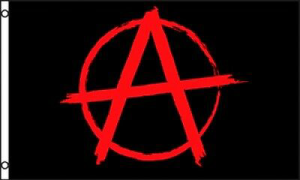