The White House is seriously thinking about pushing for new tax cuts to bring added relief to middle class families.

This strategy stands in stark contrast to the approach taken by the Democratic presidential candidates, all of whom have, at one time or another, proposed hiking taxes on income, energy and payrolls as well as adding an entirely new tax on wealth.

Several ideas under consideration in the Oval Office, including White House chief economist Larry Kudlow’s suggestion of a 15% income tax rate for the middle class. Another proposal pairs strong political appeal with good economic incentives; it would allow middle-class families to put as much as $10,000 each year into a tax-free savings account.

This would address a financial trend that almost everyone agrees is troubling. Americans aren’t squirreling away enough money for a rainy day.

One recent survey found that more than half of Americans have less than $1,000 in a savings account — not counting retirement plans like 401(k)s. While the first Trump tax cut raised savings rates for families, helping them build bigger nest eggs would give them better protection.

One factor contributing to the shortage of savings for many millions of households is that savings are typically taxed twice: first when the money is put into the account and again on the interest or capital gain when the money is taken out.

The double taxation provides a greater incentive to spend, rather than save. This punitive treatment of savings leaves Americans more vulnerable to economic downturns and more dependent on federal programs.

Universal Savings Accounts create the opposite incentive, empowering Americans to expand their nest egg. These simple, flexible accounts would allow every American to save more for the future, and the growth on the savings would be tax-free. They offer a way to fully tap into what Albert Einstein once called the most powerful force in the universe: compound interest.

If young people began to stash away even a few thousand dollars a year tax-free into a simple stock index fund (which rises at the pace of the overall stock market), and kept doing that throughout their working lives, by the time they reached age 70, with average returns they could have $1 million or more.

Current high payroll taxes on workers and underfunded entitlement benefits reduce the opportunities and incentives for lower income and middle class families to build their own reserves.

Our hope is that the Universal Savings Account will cultivate a new ethic of savings and thrift in America that will be good for families and society as a whole. Lord knows that the government, with its more than $23 trillion in debt, isn’t going to provide the prudent level of savings we need.

The left’s proposed remedy to the savings crisis — a crisis that government itself helped create — is to charge even higher taxes on private savings and make Americans even more reliant on government programs.

Some, such as Sen Bernie Sanders (I-Vt.), want to raise Social Security benefits, but that can only be done by raising the taxes even higher. Sen. Elizabeth Warren (D-Mass.), who also favors higher benefits, has proposed a higher capital gains tax rate, new financial transactions taxes, new taxes on your bank and a new annual tax on any investment gains, even if you haven’t sold the asset yet.

As a political matter, it’s hard to make a case against Universal Savings Accounts. Families could tap these accounts, without penalty, to pay for emergency medical expenses, school tuition, starting a new business or buying a home. The plan would add to national savings — not subtract from it, as most government spending programs do.

Similar savings incentives have proved popular in the past. IRAs and 401(k) plans have been successful savings vehicles — but universal accounts have even greater appeal and reach. These new savings plans would not include all the restrictions on when you can use the money and penalties for accessing the funds early.

Similar accounts have succeeded in promoting saving around the world. The U.K. and Canada pioneered the model of simple, flexible savings accounts to help people save for their own priorities. A total of 40% of households in Canada have saved money in these accounts, and more than half of those households are low-income savers. While 43% of British adults hold an account and similar to Canada, 52% of account holders earn less than 20,000 pounds (about $26,000).

Universal Savings Accounts are a natural fit for Trump’s populist, pro-growth agenda. The rationale for them is simple: Stop taxing Americans for doing something good; instead, help them save.

When you tax something, you get less of it, and the government’s punitive tax treatment of savings is living proof of that adage. With Universal Savings Accounts, we will tax Americans’ savings less, and we will get more of it.

Adam N. Michel is a senior policy analyst in The Heritage Foundation’s Hermann Center for the Federal Budget. Stephen Moore is a distinguished visiting fellow managing the think tank’s Project for Economic Growth.

If nothing else, President Donald Trump’s July Fourth speech at Mount Rushmore clarified the battle lines of our culture war.

Commentary: Wear your masks, because my child needs to go to school this fall

Wear your damn masks, because my child needs to go to school this fall. It's been approximately 3,839 days of quarantine, and I'm in a pretty good routine. I broke down and bought a proper desk; unlike the table I had been using, it doesn't have a support beam underneath that barks my shin a dozen times a day. I set an alarm every morning. I figured out how to schedule calls and interviews ...

My son, who is nearly 17 years old and Black, is afraid to go outside. "Mom, I am a Black guy wearing a mask in Oakland," he told me. "I am going to be killed." Even before the COVID-19 outbreak, my 19-year-old daughter was afraid to ride the Bay Area Rapid Transit system. "Mom," she explained, "they kill Black girls on BART." She was referring to the July 2018 murder of Nia Wilson, an ...

Commentary: There's a place for Trump's proposed 'National Garden of American Heroes' — on the scrap heap of history

President Donald Trump's proposal for a "National Garden of American Heroes," is a ludicrous, transparently political stunt. It's also his latest, ill-considered salvo against modern art and architecture. Back when the 45th president was a real estate developer, he dressed his skyscrapers in glitzy glass and metal. But ever since he moved into 1600 Pennsylvania Avenue, he's gone retro, as he ...

Everyone knew what would happen. Coronavirus cases spiked after millions of people throughout the United States flooded shops and restaurants without masks or social distancing during the first weekends of summer. For months, the news media has touted rising death tolls, CDC warnings, and WHO alerts, but millions of Americans still regard the odds of contracting the virus, suffering and dying ...

Commentary: A lower COVID-19 death rate is nothing to celebrate

The recent spike in U.S. COVID-19 infections has mercifully been accompanied by a declining death count. There were days in the spring when the country had half the number cases but twice as many deaths. Now, at least, the U.S. is testing more widely. And even though death is a lagging indicator, and the numbers are likely to catch up to some degree, there is reason to hope that the lag could ...

Commentary: 'The rules are different for you': Black lawmakers on when they got 'the talk'

Keep your hands visible. Don't be disrespectful. Say "yes sir, no sir." No sudden movements. These are the instructions inherited by Black children for generations. The directions are given, to sons in particular, with the hope they will get home alive should they come in contact with the police. Passed down like grandma's recipe for banana pudding, the fear cuts across class and income. ...

Commentary: Facebook: This is one boycott I am all in on

is not a date Facebook CEO Mark Zuckerberg is likely to forget anytime soon. Some of the most iconic and biggest spending brands in American life, including Coca-Cola, The Hershey Company and Ford Motor Company, have joined a call for the suspension of advertising on Facebook this month. From Adidas to Verizon, many of the brands you see every night advertising on TV have signed on, ...

Commentary: Colleges don't know how to handle coronavirus. But Trump has a cruel plan for foreign students

If there's a cruel way to handle an immigration issue, the nation can rest assured that the Trump administration will find it. The latest chapter in President Trump's book, "How to Close Down a Nation to Foreigners" (and no, that's not a real book), is a pending order that international students enrolled in U.S. colleges must attend in-person classes or leave the country. Never mind that the ... 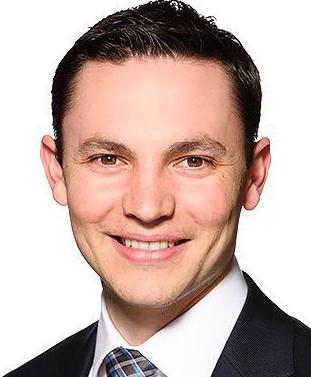