MINNEAPOLIS — Minnesota will lift nearly all its COVID-19 restrictions just before Memorial Day weekend and drop its statewide mask requirement once 70% of residents age 16 and older get their first dose of vaccine, but no later than July 1, Gov. Tim Walz announced Thursday.

"Our nation-leading vaccination effort has put us in a strong position to safely transition toward life as we used to know it," Walz, a Democrat, said in a statement ahead of a televised address and news conference Thursday.

The first step in his three-phase timeline takes effect at noon Friday. It removes capacity limits for outdoor dining, events, and other get-togethers, and ends outdoor mask requirements except for large venues with more than 500 people. It also eliminates the state's mandatory closing time for bars and restaurants.

The second step begins May 28, the Friday before Memorial Day, when remaining capacity and distancing limits will end, including for indoor events and gatherings. But masks will still be required in indoor public places and workplaces, and for outdoor events that exceed 500 people.

The third step, once the state hits the 70% target but no later than July 1, lifts the state's remaining mask requirements. Local governments and businesses can still require masks and maintain other restrictions beyond July 1.

About 59% of Minnesota's population 16 years and older has received at least one vaccine shot, and nearly 46% have completed the series, according to the Minnesota Department of Health. The governor's office says the state is on track to hit the 70% first-shot mark by the end of June.

Because younger Minnesotans are not yet eligible to be vaccinated, the state's hybrid model of in-person and distance learning for schools will continue until the end of the academic year to protect students, teachers, and staff. Other emergency measures Walz has imposed under his emergency powers will remain in place, including an eviction moratorium and a price gouging ban.

"I know the last year has tested us. But we made those sacrifices to save lives until a vaccine could keep Minnesotans safe," Walz said. "We all now have the ability to protect our loved ones. So go get your vaccines, Minnesota, and do your part to finally put this pandemic behind us."

Republican legislators, who have struggled unsuccessfully to roll back the governor's emergency powers since last summer, were quick to say his new steps don't go far or fast enough.

Senate Majority Leader Paul Gazelka, of East Gull Lake, said that there's no need to wait for Memorial Day. He said the changes won't let students finish the year with normal graduations and celebrations like proms, or allow for normal participation in sports and other summer activities.

"My reaction today is simple: Not good enough and not soon enough," Gazelka said in a statement. "The emergency is over and the mandates need to end."

House Minority Leader Kurt Daudt, of Crown, noted in a statement that restrictions have been in place for more than 14 months.

"The data clearly shows we've made incredible progress reducing case counts and getting Minnesotans vaccinated, but the Governor insists on holding on to powers he doesn't need — it's time to open up and end the emergency powers," Daudt said.

A former Minnesota state trooper who stopped at a crash scene in March 2020 took the victim’s cell phone and texted himself her nude photos, he admitted in court.

After a ruling in their favor from Nebraska's highest court, Kelly Hoagland and Maria Salas Valdez were finally able to adopt the child they had been raising since birth.

A company hired to help extinguish a fire that gutted a northern Illinois chemical plant this week used foam containing toxic compounds that have tainted surface waters and groundwater across the U.S., officials said.

Ready to break free of the pandemic and travel again this summer? Watch video and read about 10 Midwest adventures from the Indiana Dunes to Iowa's Field of Dreams.

Six Flags Great America has agreed to a $36 million settlement to end a class-action lawsuit over the amusement park’s use of finger-scan entry gates.

An 84-year-old Clemmons woman and another woman from Winston-Salem were found dead Monday as police investigated a violent shooting spree in Winston-Salem.

R. Kelly is set to go to trial Aug. 9 on charges alleging he ran a criminal enterprise that recruited women and girls for illegal sexual contact, then isolated and threatened them to keep them under control.

Told to take down their pride flag, this Wisconsin couple lit up the neighborhood instead

After a Racine County couple was told their rainbow pride flag violated neighborhood rules, the couple found another, brighter way to share their message.

A man died Tuesday after he got stuck in a manure tank on Sievers Family Farm in Stockton, Iowa.

The Minnesota State Fair is back.

Watch now: He tried to get to Canada to see his fiancee. But he ended up in a cell.

Watch now: He tried to get to Canada to see his fiancee. But he ended up in a cell. 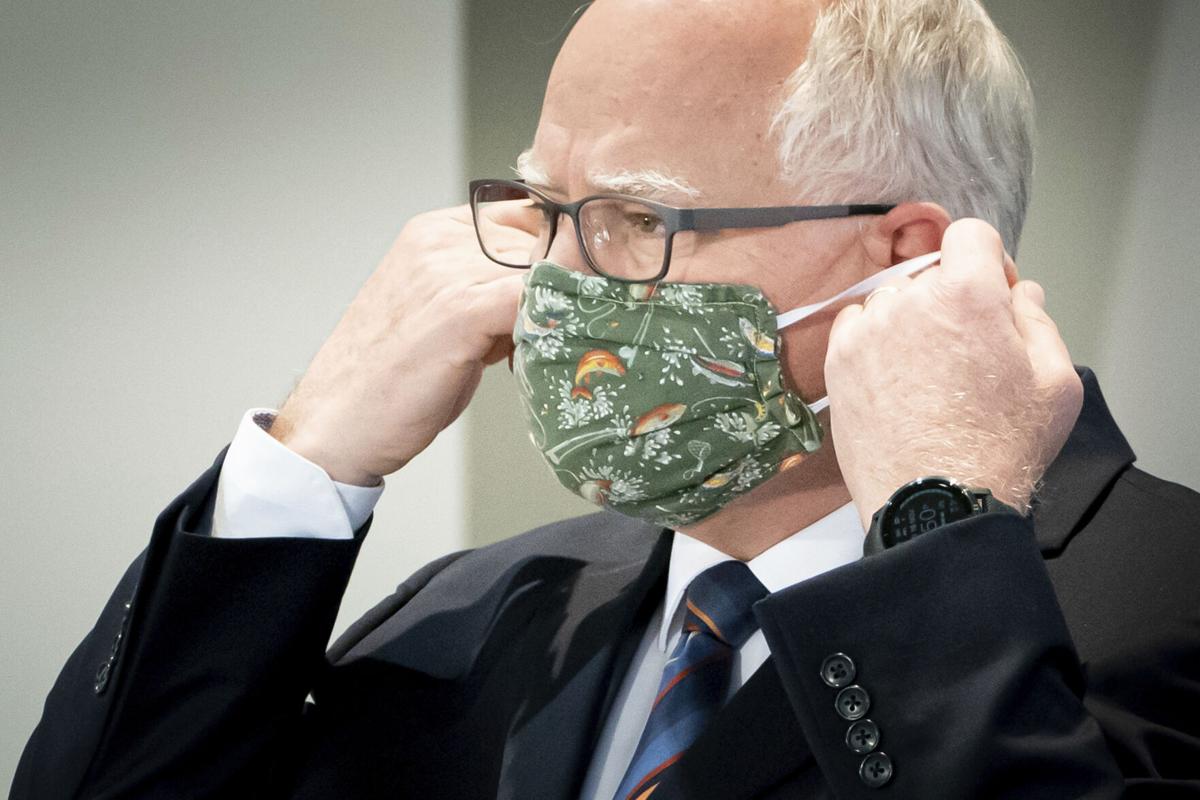 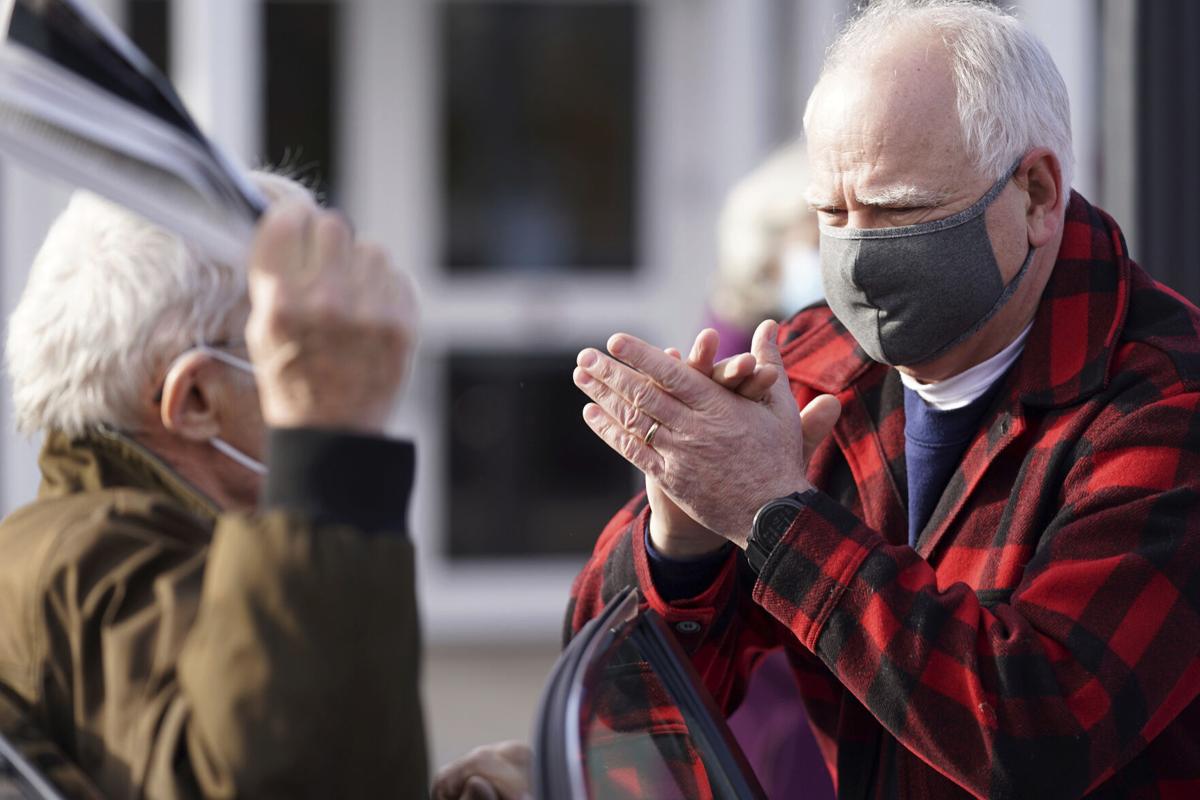