MINNEAPOLIS — Gov. Tim Walz denounced Minnesota Republican leaders Monday for refusing to clearly state that the presidential election was free and fair, and disclosed that state troopers had to rush his frightened son to safety last Wednesday as a "Storm the Capitol" rally in St. Paul shifted to the official governor's residence.

That rally coincided with the deadly riot at the U.S. Capitol by supporters of President Donald Trump. While it was peaceful, it was also marked by some of the same sort of incendiary rhetoric as the insurrection in Washington. One speaker warned of "a civil war," and another drew cheers when she predicted "casualties" in Washington.

Democratic House Speaker Melissa Hortman said several Republican lawmakers who attended the state Capitol rally will face an investigation into whether they did anything illegal.

"The election has been decided. It was free and fair. Every state did that. Just because you're angry with the result of it isn't an excuse for what's happened," the Democratic governor said at a legislative forum for reporters sponsored by Forum Communications Company.

Meanwhile, the FBI is warning of plans for armed protests at all 50 state capitals and in Washington leading up to President-elect Joe Biden's inauguration. And Yahoo News, citing an earlier Dec. 29 memo from the FBI's Minneapolis field office, said the FBI had evidence of credible threats related to events planned for next Sunday at capitols in Minnesota and Michigan. The Associated Press confirmed the Dec. 29 memo.

The FBI memo said "a few Minnesota-based followers of the Boogaloo movement" attended legal protests at the Minnesota Capitol last month to "perform reconnaissance" on law enforcement and to identify "escape points and defensible positions in the event that violence occurred." It said they also scouted out "law enforcement sniper locations" that would need to be blown up to protect extreme right-wing Boogaloo fighters if a gun battle broke out.

Walz did not mention that warning during the legislative forum.

Bruce Gordon, a spokesman for the State Patrol, which provides security at the governor's residence and the state Capitol, said the patrol increased its presence at the residence as a precaution during Wednesday's protests but said he couldn't provide additional details for security reasons.

"I take real umbrage with the idea that what happened here at our Capitol on Wednesday was OK," Walz told reporters, adding that the State Patrol entered his family's living quarters and removed his 14-year-old son "to a safe location, as he's crying looking for his dog, wondering what's going on."

Also appearing at the forum were the two top Republicans in the Minnesota Legislature, Senate Majority Leader Paul Gazelka, of East Gull Lake, and House Minority Leader Kurt Daudt, of Crown, who both agreed that President-elect Joe Biden won the election. But they stopped short of declaring that claims that the election was rigged are false, despite reporters and Democratic leaders pressing them to do so.

While they condemned the violence at the U.S. Capitol, they also drew equivalences between the riot in Washington and the looting and burning that followed the police killing of George Floyd in Minneapolis last summer.

"Those that were peacefully protesting, we need to protect their right to do that. And we need to listen, and listen to people on the other side of the aisle (who) we might not agree with and understand, why do they feel so passionate that they would want to gather together and protest," Daudt said.

Daudt also said he wasn't aware of any protests planned for Sunday at the state Capitol but that GOP lawmakers should "probably not" participate in them if they happen.

Later in the day, all 59 members of the Minnesota House Republican Caucus issued a statement saying they "unequivocally condemn the violence and violent rhetoric at the events in Washington D.C. and Saint Paul on January 6." The signatories, including some who attended the St. Paul rally, said people who threatened violence there "should be investigated and held accountable." But the letter did not criticize anyone who has sought to undermine public confidence in the election results.

Hortman, of Brooklyn Park, told reporters the governor was right to be upset with the Republican leaders for saying people who dispute the election results need to be heard. She said the GOP leaders need to step up and heal the divisions instead.

Who are they? MN children reported missing as of January 1

These are recent reports of missing children made to local law enforcement. If you think you have seen a missing child, contact the National Center for Missing & Exploited Children at 1-800-THE-LOST (1-800-843-5678). 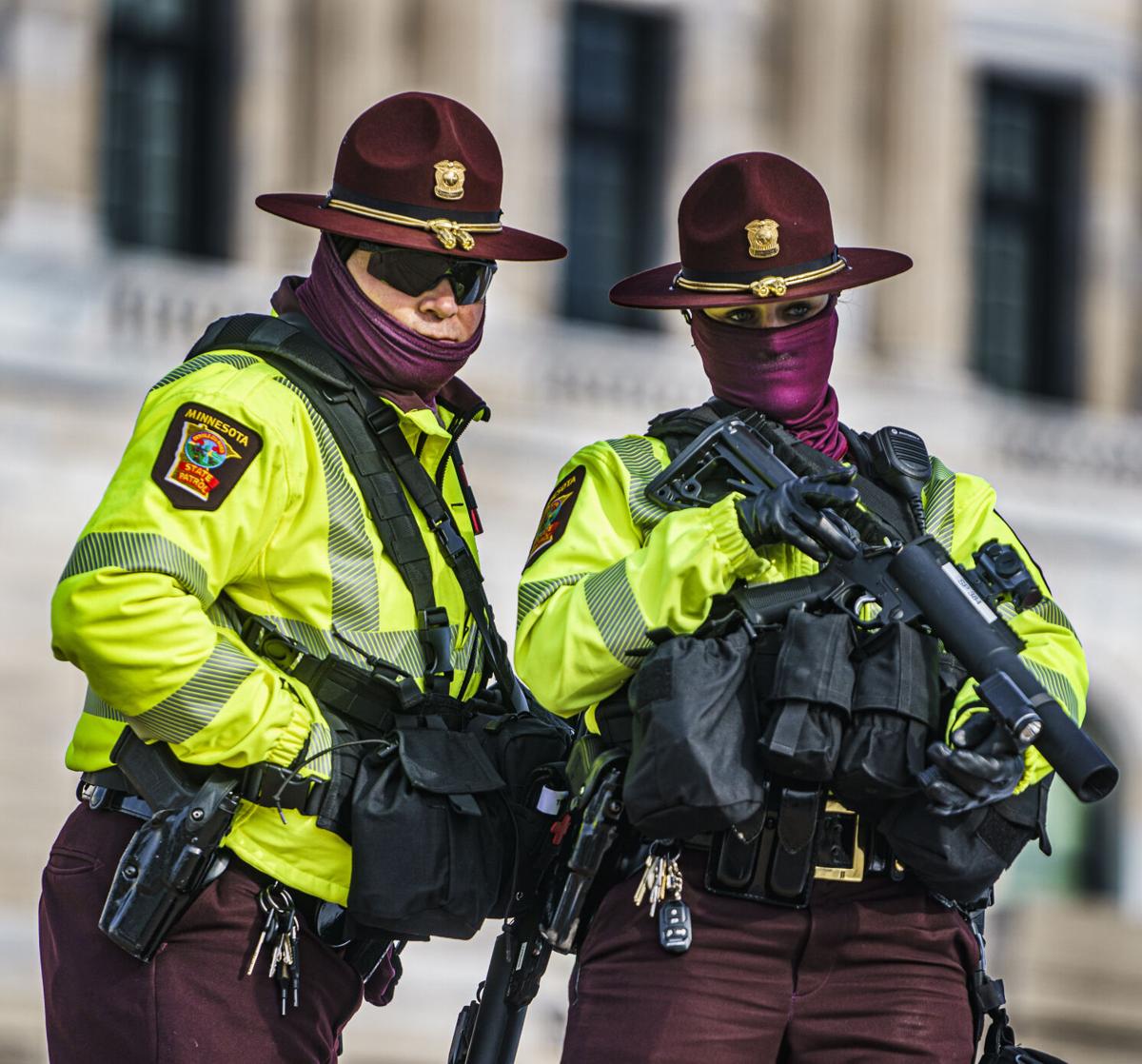 Capitol security watch protesters during a rally in support of President Donald Trump on the steps of the Minnesota State Capitol on Wednesday, Jan. 6, 2021 in St. Paul, Minn. 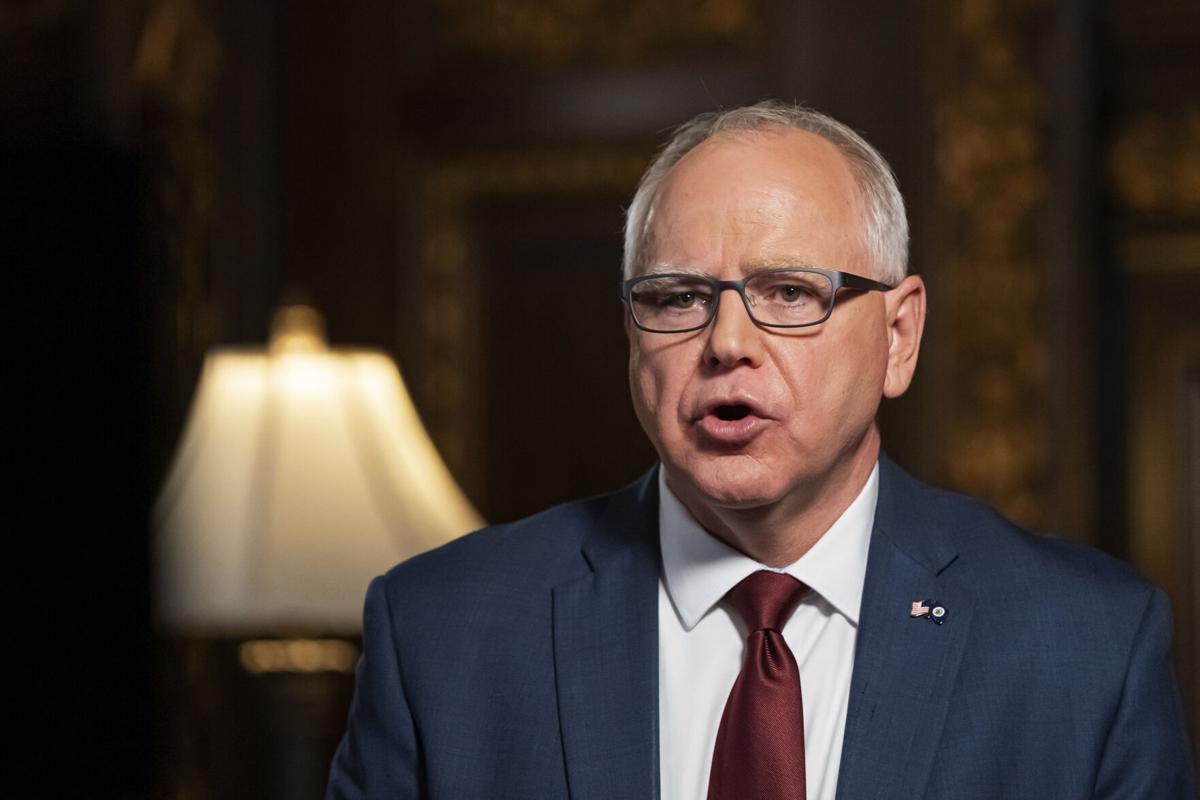 Minnesota Gov. Tim Walz speaks from the Governor's Reception room at the State Capitol, to discuss the latest steps in his response to COVID-19, Wednesday, Nov. 18, 2020, in St. Paul, Minn. 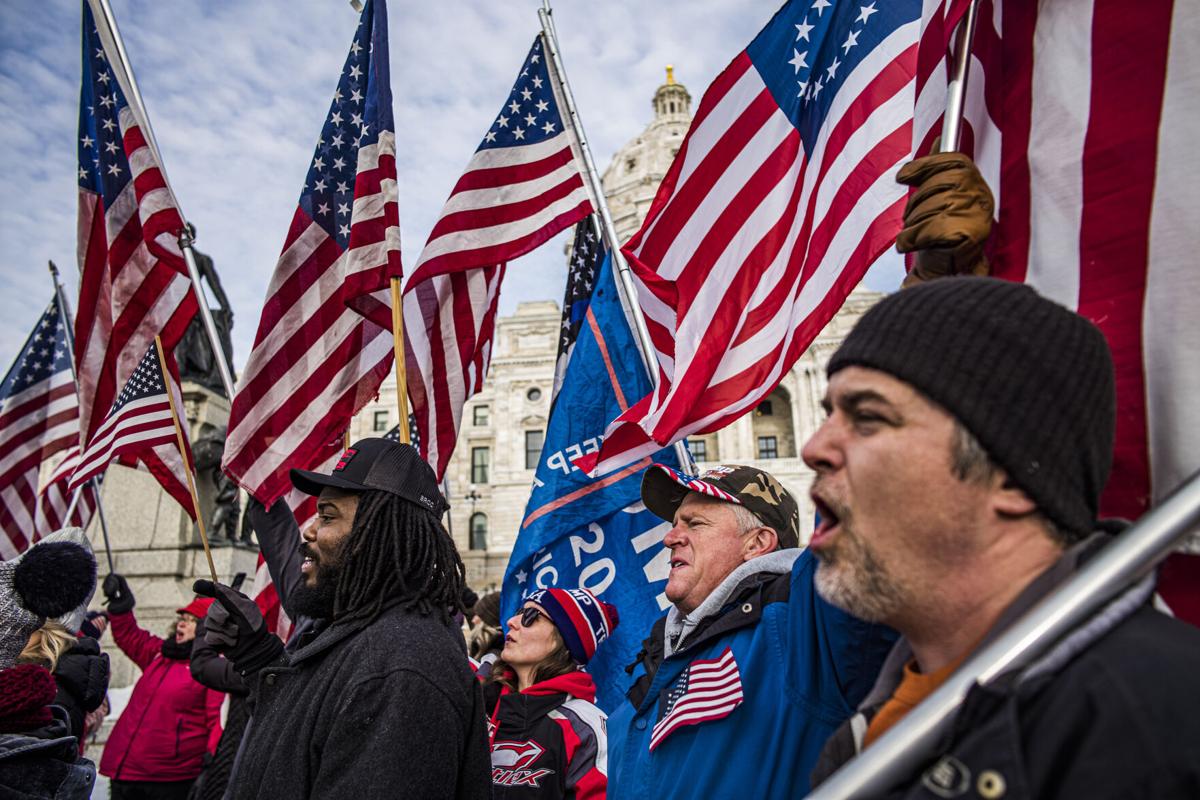 Protesters attend a rally in support of President Donald Trump on the steps of the Minnesota State Capitol on Wednesday, Jan. 6, 2021 in St. Paul, Minn.