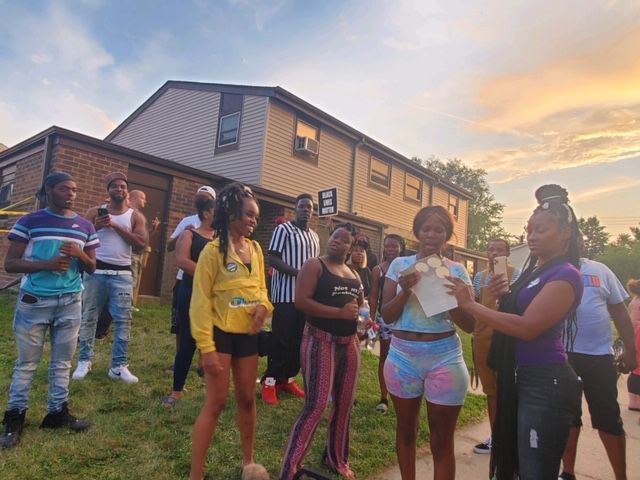 At scene of shooting 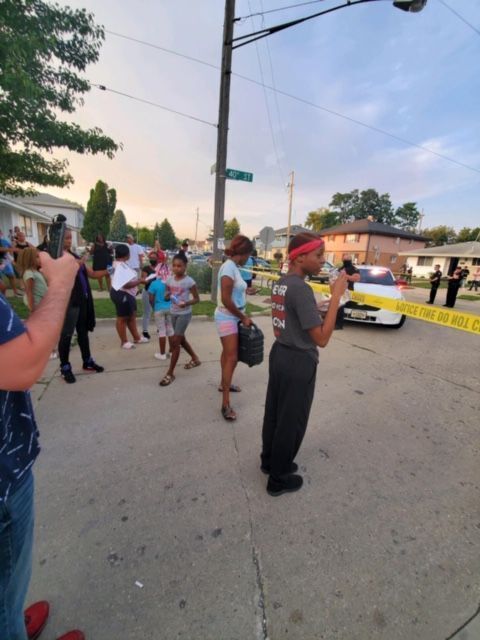 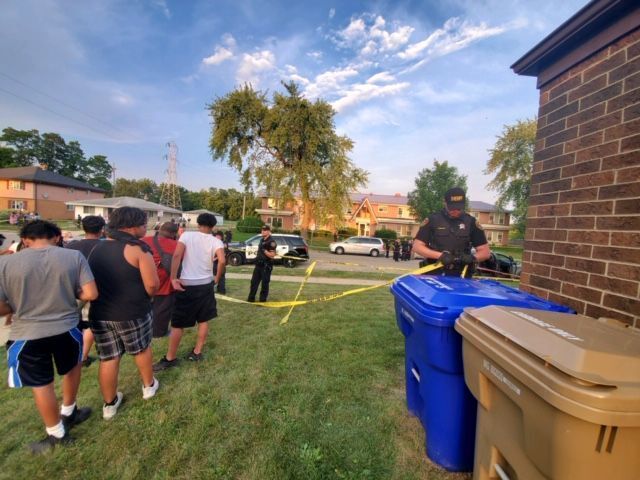 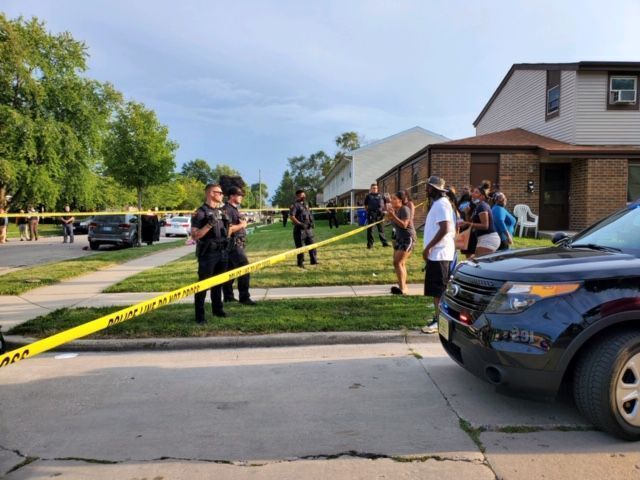 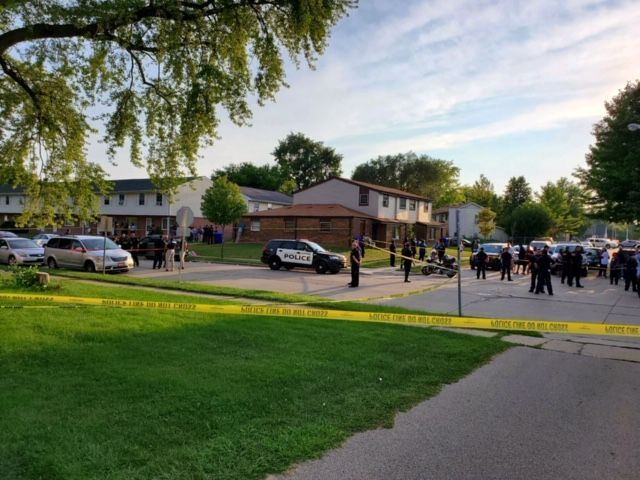 Scene of the shooting 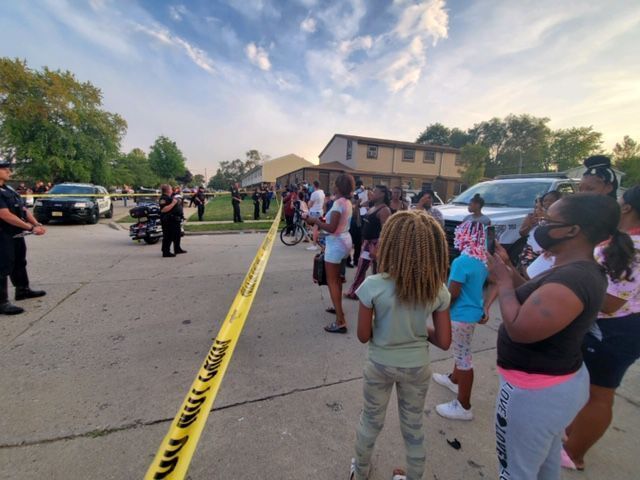 Crowd control at the scene 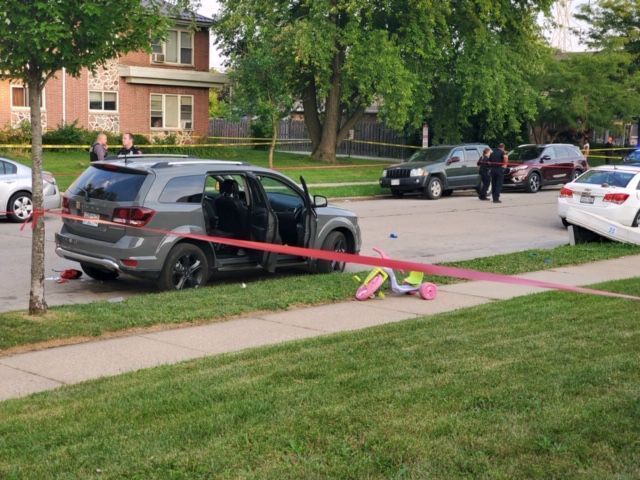 Vehicle where man was at time of shooting 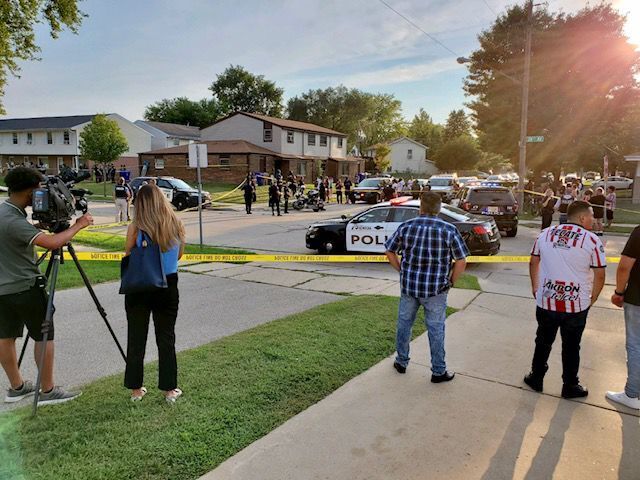 Neighbors at the scene 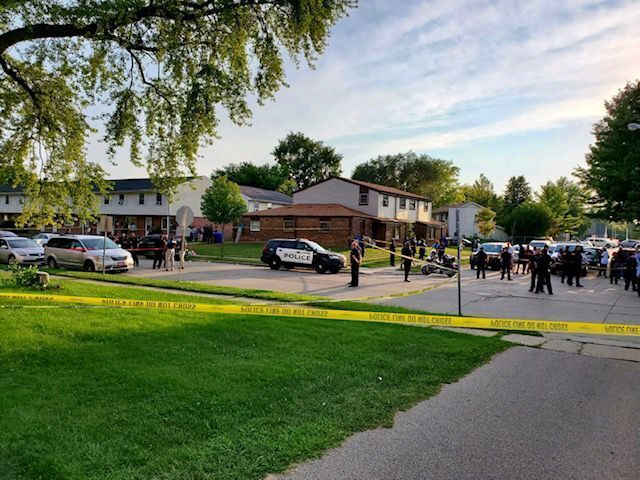 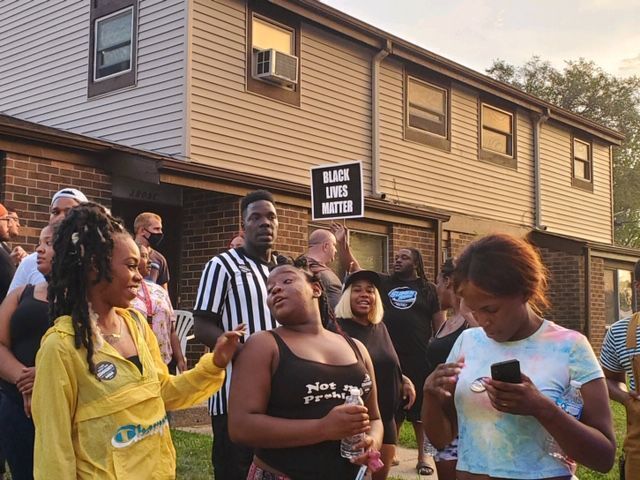 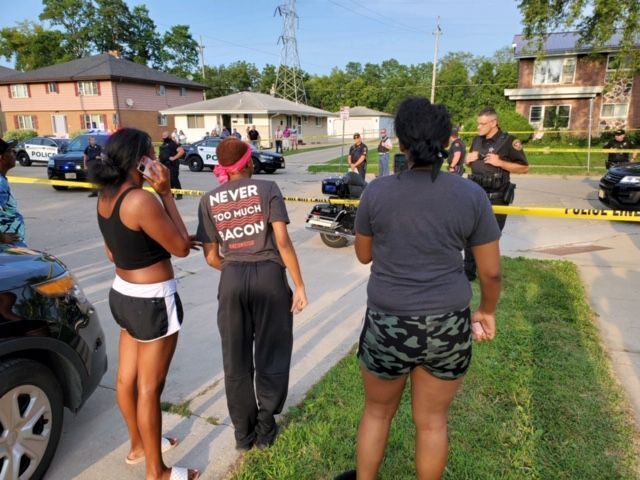 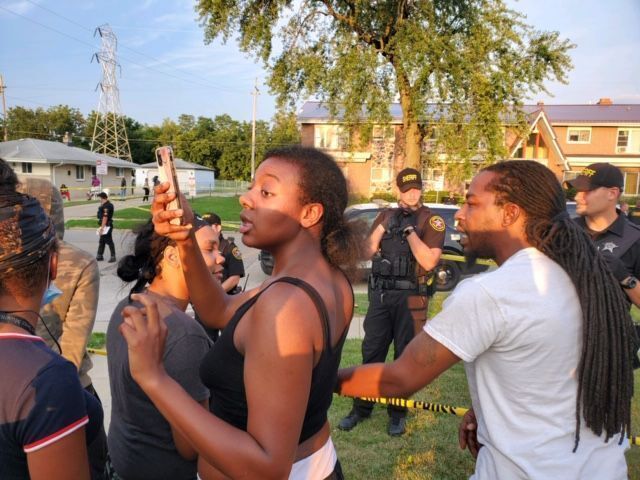 A man, identified as Jacob Blake, was in serious condition at a Milwaukee-area hospital after he was shot when officers were sent to the 2800 block of 40th Street late Sunday afternoon for what police called a domestic incident.

More than 60 people were gathered following the shooting at the scene with several saying that the Black man was trying to break up a verbal altercation between two women shortly after 5 p.m.

According to a police department press release, Kenosha police were sent to the incident at 5:11 p.m. and were subsequently involved in an officer-involved shooting.

According to the release, officers provided immediate aid to the man, who was transported via Flight for Life to Froedtert Hospital in Wauwatosa. The man was in serious condition. Police radio traffic indicated that a landing zone was established at Bradford High School just before 5:30 p.m. and the man was then transported.

Dozens of squad cars from the Kenosha Police and Kenosha County Sheriff’s department and Wisconsin State Patrol converged in the Wilson Heights neighborhood, lining the streets approaching the scene.

The incident was being turned over to the Wisconsin Department of Justice, Division of Criminal Investigation, which will be investigating the officer involved shooting.

At least a half dozen witnesses said that the man had tried to break up a fight between the two women outside a home at 2805 40th St. and that police had attempted to use a Taser on the man prior to the shooting. Then, they heard at least seven gunshots ring out.

Witnesses said he was unarmed and shot in the back.

A video that has since gone viral on social media shows the man walking away from officers and going around the vehicle to get inside. While the man is entering the vehicle the video shows an officer firing a gun at the man inside the vehicle. A woman in the video is screaming as he is being shot.

It was not immediately known whether the man had a weapon.

Residents who live across the street from the residence said while they have heard gunfire in the neighborhood before, never that close until Sunday.

“We’ve never had anything like this happen before,” said Juventino Camputano who has lived in the neighborhood for 40 years.

Annie Louise Hurst, a 50-year resident of the neighborhood, just shook her head.

“There’s never been nothing like this before,” said her husband John.

As people from the neighborhood and outside the neighborhood ventured toward the scene, more law enforcement officers arrived, adding at least two more buffer zones with crime scene tape boundaries.

A vehicle with an amplifier blaring an NWA song momentarily encouraged the crowd to chant expletives at officers standing guard in the street. From time to time, people would approach the officers expressing anger for shooting the man while they brought out camera phones to record their actions.

An hour later, members of the local Black Lives Matter movement in Kenosha along with a representative from the Lake County movement also arrived to protest the shooting.

County Board Supervisor Zach Rodriguez, who also arrived at the scene, said the whole incident highlights the need for officers wearing body cameras as he pointed out how city officers do not wear them. Sheriff’s deputies also do not have body cameras.

“This situation what happened here today, whether it ends up being justified or not, this highlights the need for the city, the mayor especially, to address the situation this year with this budget,” he said. “And commit to all citizens to say that our officers are going to carry this equipment.”

The NAACP said it is at the Public Safety Building demanding answers from KPD.

Gunman kills 6, then self, at Colorado birthday party

A man opened fire at a birthday party in Colorado, killing six people before killing himself.

The CDC on Thursday will ease indoor mask-wearing guidance for fully vaccinated people, allowing them to safely stop wearing masks inside in many instances.

The trial of three former Minneapolis police officers charged with aiding and abetting in the death of George Floyd will be pushed back to March 2022, a judge ruled Thursday.

Schools fear dropouts will surge as result of pandemic; parents rush to get shots for kids

Soaring numbers of U.S. students are failing classes or chronically absent. Experts fear the worst. Get the latest as the U.S. grapples with consequences of the COVID-19 pandemic.

Masks come off in 'great day for America'; Palestinian families flee Israeli bombardment; WNBA is back

MINNEAPOLIS — A Minnesota judge has ruled that there were aggravating factors in the death of George Floyd, paving the way for the possibility…

Jerusalem on brink of eruption as clashes escalate; McCarthy says Cheney's ouster is near; deadly birthday party shooting in Colorado. Get caught up.

The FDA has agreed to let adolescents between the ages of 12 and 15 receive the Pfizer COVID-19 vaccine, making it the first available for use in children under 16.

Drought-stricken California trucks its salmon to the sea

Drought-stricken California trucks its salmon to the sea

At scene of shooting

Scene of the shooting

Crowd control at the scene

Vehicle where man was at time of shooting

Neighbors at the scene