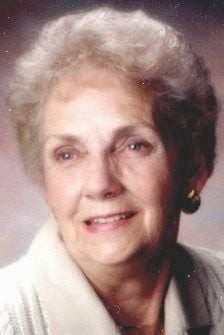 Joyce’s family thanks St. Anne’s staff and Dr. Parker for their wonderful care. Mass of Christian Burial will be at noon Saturday, Nov. 30, at St. Mary’s Catholic Church, Winona, with visitation at 11 a.m. in the visitation commons of the church. Father Mike Cronin will officiate.

Services entrusted to Fawcett Junker Funeral Home and Crematory, Winona and Fountain City, Wisconsin. Words of sympathy and remembrance can be given at www.fawcett-junkerfuneralhome.com. 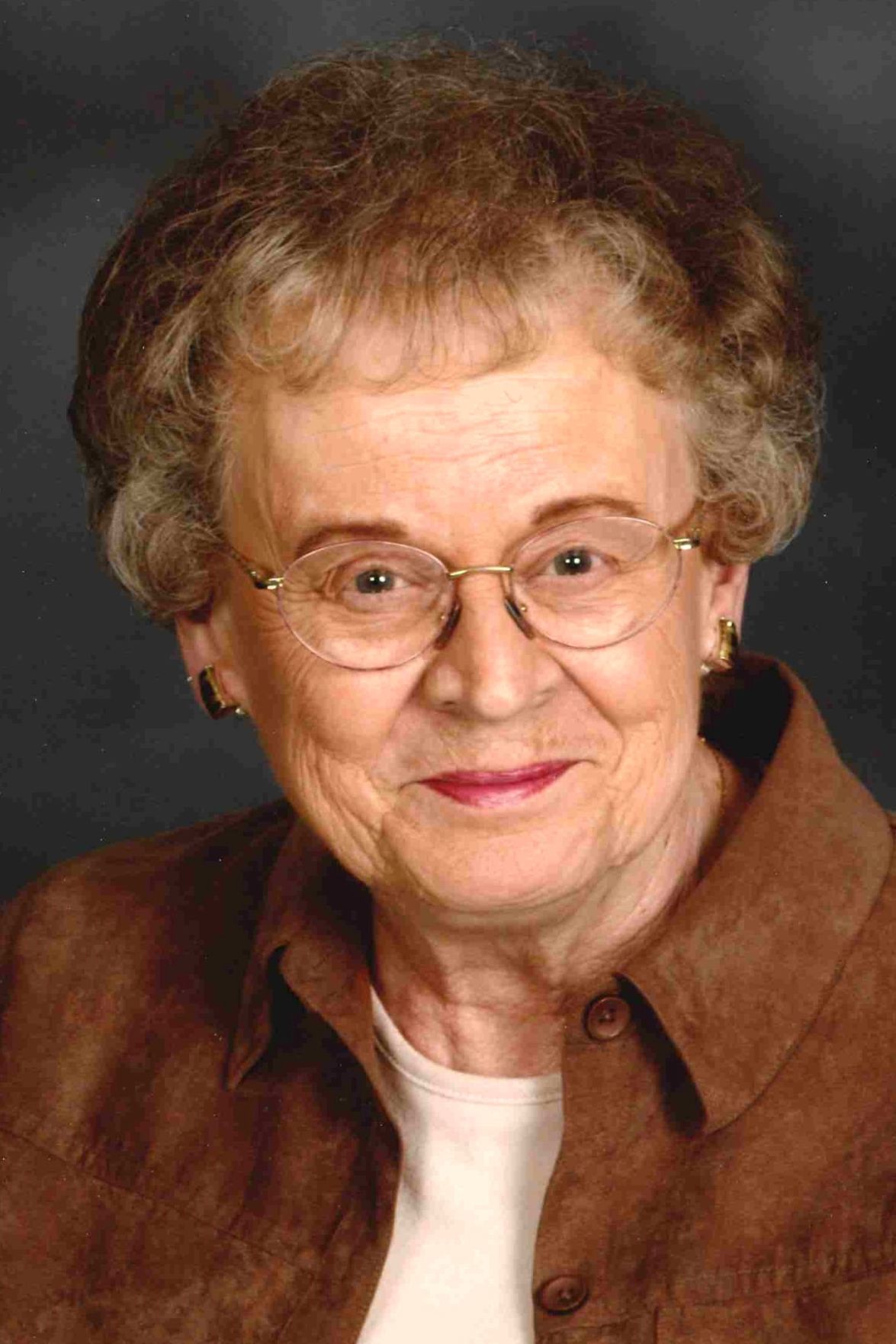 Margaret was born June 16, 1929, in Winona, to George and Leona (Grossel) Hoeppner. She graduated in 1947 from Cathedral High School (Cotter) then attended Winona State University for business and accounting. She worked for Watkins Products for 19 years in accounting. On Sept. 3, 1966, she married Bernard Bednar in Winona at the Cathedral of the Sacred Heart. After moving to Austin and starting a family, she began working part time at JCPenneys in sales. She retired in 1994. She was a member of St. Augustine Church and the St. Elizabeth Unit as well as an active member of the American Legion Auxiliary. In her earlier years, she enjoyed bowling and golfing. She expressed some of her mother's craftiness through ceramics and other projects. She liked to cook and could often be found watching her “cooking shows” in the afternoons, reading a book, or taking a walk. She enjoyed spending time with friends at the Legion club, having a “cocktail” and playing a few tickets too. Her family was very important to her. She was very dedicated to sending cards to everyone she knew for birthdays and special occasions. We will all remember her sweet smile and the twinkle in her eye.

A funeral Mass will be celebrated at 11 a.m. Saturday, Nov. 30, at St. Augustine Catholic Church, Austin, Minn., with Father James Steffes officiating. There will be a 5 p.m. rosary service Friday at Mayer Funeral Home where friends may call from 5 to 7 p.m. and also one hour before the Mass at the church Saturday. Interment will be in Calvary Cemetery.

Arrangements by Mayer Funeral Home. Condolences may be left online at www.mayerfh.com. 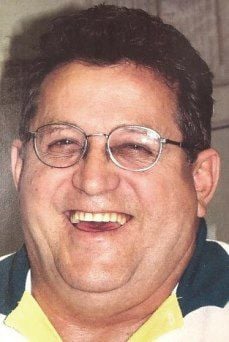 SHERRILL, Iowa — Carlyle L. Olson, 77, of Sherrill completed his earthly journey Wednesday, Nov. 20, 2019, at home surrounded by his loving family. To honor Carlyle's life, his celebration of life for family and friends to gather and visit will be held from 1 until 5 p.m. Monday, Nov. 25, at Breitbach's Country Dining, 563 Balltown Rd., Balltown, Iowa. Family and friends are also invited to visit from 10 a.m. until 2 p.m. Saturday, Nov. 30, at the Fawcett Junker Funeral Home, 1476 West Broadway, Winona. Carlyle's memorial service will be held at 2 p.m. Saturday at the funeral home with burial following at the Bush Cemetery in Ridgeway, Minn., where full military honors will be accorded. Online condolence's for Carlyle's family may be left at www.fawcett-junkerfuneralhome.com.

Carlyle was born June 29, 1942, in La Crosse, Wis., a son to Hector Sr. and Ida (Selke) Olson. He proudly served in the U.S. Army before being united in marriage to Norma L. Stark. They spent their lives together raising their family as Carlyle invested over 28 years as a Supervisor at John Deere. He was a kind and generous man who enjoyed collecting beer steins and hunting. A problem solver by nature and his ability to fix anything were always on display and his love for others was surely his best trait. We will miss Carlyle with all of our hearts and carry his memory close through each day until we meet again. 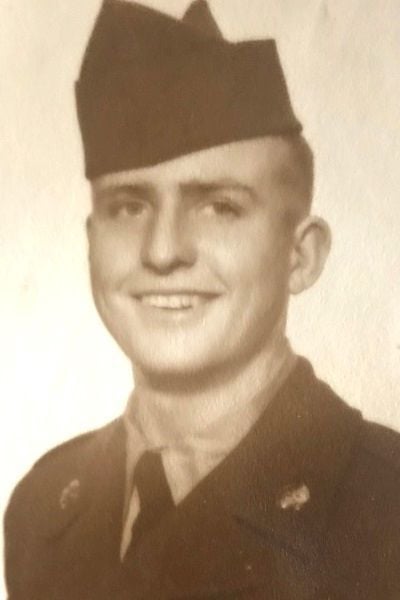 Andrew and Gertrude (Weiker) Olson, the sixth of seven children. And as older siblings often do, they nicknamed him Bounce which was an abbreviated form of “bouncing baby boy.” It stuck.

He attended Winona Senior High and Cotter High School but was far more interested in athletics than academia. He played baseball, football, and his favorite sport of all, basketball. He enlisted in the U.S. Army during the Korean Conflict and spent his service time in Germany. After returning home he met Janet Meisner and they eventually were married Nov. 16, 1957, in St. Martin's Church.

A proud dad of his children, Dane, daughter Leslie, and Derek, Bounce spent many hours of his spare time teaching athletic skills to them, and enjoying the outdoors including fishing, hunting, and camping. As the children grew older and discovered other interests of their own, it allowed him to spend more of his own time playing golf with his partner Bill Schneip and many other golfers. He played until his health wouldn't allow it anymore. He then began watching TV sports of all kinds and loved every minute of those contests. Western movies also were favorites of his.

His employment was in construction, working for several companies, with longest tenure being with Johnson Bros. Construction as labor foreman for about 25 years. His work took him all over the U.S. helping to build bridges, electric producing plants, sewage disposal plants, and dams. He loved the work and enjoyed lifelong friendships with his supervisors including Martin Peplinski and Bob Defetter. He also was a lifetime member of Local #563 Laborers' International Union of North America and a staunch Democrat, always willing to discuss politics.

He is survived by his wife of 62 years, Janet; sons, Dane and Derek; daughter, Leslie; grandchildren, Lauren and Ian; and great-grandchild, Abigail.

He was preceded in death by his parents, Andrew and Gertrude; sisters, Geniveve Miller, Francis Knutson, Daisy Borger; brother, Andrew; and in-laws, Harold and Harriet Diekman.

Our family would like to express our sincere and profound gratitude to the health care team of the dialysis unit at Winona Health, for without you, Bounce's lifetime would have been severely shortened. We thank you all for every day you gave us. Your kindness and compassion is incredible.

A memorial service will be held at 11 a.m. Friday, Nov. 29, at Hoff Celebration of Life Center, Goodview, with Funeral Celebrant Jodi Heim presiding. Visitation will be from 10 a.m. until the time of the service. Please leave a memory of Lauren and view his video tribute when it becomes available at www.hofffuneral.com. Hoff Celebration of Life Center, Goodview, is assisting the family. 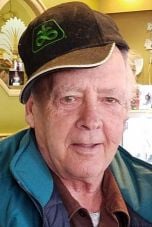 Fran was born March 12, 1938, to Donald and Bernette (Meisch) Maschka, at Oak Ridge. He was raised on the family farm in Mount Vernon Township and graduated from Holy Trinity School in Rollingstone, in 1956. Fran served in the Naval Reserves and U.S Navy from 1956 to 1961. Fran and Lola Rauk were married Dec. 1, 1962. He farmed at Oak Ridge in Mount Vernon, from 1956 until his death. Fran also worked for Lewiston Sales Barn from the early ’90s until illness forced him to retire in November of 2019.

A funeral Mass will be noon Wednesday, Nov. 27, at Holy Trinity Catholic Church in Rollingstone, with the Reverend Chinnappa Pothireddy and the Reverend Michael Cronin officiating. A visitation will be from 4 to 7:30 p.m. Tuesday and one hour before services, all at the church. Burial will follow in the church cemetery. Come as you are, no need to dress up. Fran wouldn’t want that. Please share a memory of Fran at his online guestbook and view his video tribute when it becomes available at www.hofffuneral.com.

In lieu of flowers, the family prefers memorials to the Eagles Cancer Telethon. Hoff Celebration of Life Center in Goodview is assisting Fran’s family with arrangements.