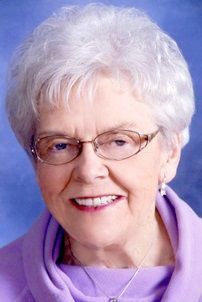 Marguerite Marian Schneider, 94, of Winona was welcomed home by our Heavenly Father Saturday, March 21, 2020. She was surrounded by her loving family in her home.

Marguerite was born March 30, 1925, in Winona, to Fredrick Jr. and Gertrude (Thiele) Strange. She graduated from Winona Senior High School in 1943 and then attended Winona Secretarial School. She was employed at Bay State Milling Company.

She met the love of her life, Julius J. Schneider, in 1942. They married May 14, 1946, at St. Casimir Church. Together they raised a family and started Motor Parts and Equipment. Many a teacher, PTA parent, coach and neighborhood child would mention her name with a smile and a recollection of her strength, and many a homeless person knew which house to stop at for a free sandwich.

Marguerite has taught us all many important life lessons: hold fast to your faith, perseverance, life is a cycle, humor is a lovely medicine, quiet strength is honorable, thankfulness is admirable and love deeply.

Marge deeply loved her husband and children, siblings, in-laws and their spouses and their dear friends. She treasured each of her children for their unique characteristics and the joy they each brought into her life. Marguerite welcomed and loved 27 grandchildren and 28 great-grandchildren. She cherished them, prayed for their challenges and took great delight in their activities and successes. She took great pride in her family.

Marguerite was preceded in death by her parents; her husband; her brothers, Donald (Marian) and Leonard (Lois) Strange; and Eleanor Hankes, (infant great-granddaughter).

A private Mass of Christian Burial was held. Internment was at St. Mary’s Cemetery, Winona.

Eternal rest grant unto her, O Lord, and let perpetual light shine upon her. May she rest in peace. Amen.

O’er every hill that under heaven expands. 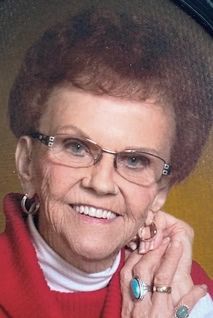 Alberta (Lilla) Kulas, 90, passed away peacefully at Gundersen Health System just before midnight Saturday, March 21, 2020, with her son, Chuck, at her side. Alberta “Gigi” lived at Eagle Crest South in La Crosse, Wis., the past three years, but lived most of her life in and around Dodge, Wis.

Alberta was born Nov. 14, 1929, to Albert and Mary (Stampka) Lilla. Alberta and her only sister, Charley, ran and played around Dodge. While attending Arcadia High School, she met Joseph “Bud” Kulas, who she married Aug. 31, 1948, at Sacred Heart Catholic Church, in Pine Creek, Wis.

Their only son, Chuck, was born in 1949 and they moved to the Kulas family farm just outside of Dodge in 1964. Bud ran the dairy farm and after cleaning houses for several years, Alberta embarked on a career at Watkins in Winona. She was known for her 5 a.m. arrival time, her endless supply of spunk and energy, and her fierce loyalty to her coworkers who became friends.

Alberta loved sharing stories of train rides to North Dakota when she was young, of waitressing at the Hillside Fish House and standing on the picket line during an employee strike at Watkins. Alberta blazed the trail for working mothers — her career was important to her along with her family life, her friends and she took pride in it all.

Alberta never said no to an opportunity to travel — she would join up with her friends or family on trips to Alaska, London, California, Disney world, Scotland and countless trips to see shows in the Twin Cities. She was a feisty leader in her community, driving friends to appointments, gathering with her close circle of friends at lunch in Galesville and helping bake hundreds of Polish coffee cakes in the basement kitchen of Sacred Heart Catholic Church. Even after her move to Eagle Crest, she acted as a welcoming committee for new residents and was tasked with assisting in activities and events.

One of her biggest joys was being surrounded by her four grandkids and seven great-grandkids. Gigi loved reading books to the kids, listening to their endless chatter and taking part in baptisms, First Communions, concerts, dinners and sharing in their jokes and laughter.

Alberta leaves behind her family who were blessed to have played a starring role in her life, her son, Chuck, and his wife, Mary (Kampa) Kulas; grandkids, Amanda (Jason) Hizer in Seattle, Polly (Chuck) Berendes in La Crosse, Jessica (Jon) Matel in Bayport, Minn., and Seth (Morgan) Kulas in Edwards, Colo. She is further survived by her great-grandchildren, who adored Gigi, Mia and Ella Hizer, Charlotte, Louie and Hank Berendes, May and June Matel; also holding a special place in her heart are niece and nephew, Jodi (John) Werner and Randy (Deb) Lisowski of Winona; along with her grand-nephews.

She was preceded in death by her parents; her husband; and her sister, Charley.

Due to the recent health crisis in our world, a private family service will take place, with burial at Sacred Heart Cemetery, Pine Creek, Wis.

A celebration of life for Alberta will be scheduled and announced to the public later, for a date to be determined.

The Kulas family extends their deepest gratitude to Eagle Crest South and Gundersen Health System for providing excellent and loving care to Alberta.

In lieu of flowers, memorials can be made in Alberta’s name to any of the following: Sacred Heart Parish, Pine Creek; JDRF International; American Parkinson Disease Association.

Online condolences or memories may be left for Alberta’s family at www.watkowski-mulyck.com. Watkowski-Mulyck Funeral Home is assisting the family with arrangements. 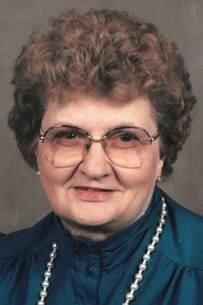 Dolores was born Sept. 24, 1928, in La Crosse, to Elmore and Delia (Britson) Peterson. She was raised in the Houston area and was a graduate of Houston High School. On Feb. 24, 1950, she was united in marriage with Harold Van Gundy at the Houston Lutheran Church. She worked at Green’s Café in Houston, was a bookkeeper at the Houston Creamery and was employed at Valley View Nursing Home in Houston, for over 20 years, in the activity and dietary departments. She also was a great help to her husband on the farm for many years. Dolores enjoyed canning, baking, raising chickens, flower gardening, making floral arrangements and mowing lawn on her Snapper lawnmower. She was a very active member of Cross of Christ Lutheran Church and ladies aide in Houston, the Houston American Legion Auxiliary and was a member of the Iris Garden Club in Houston. Dolores was a very hard worker. She always had her home open to family, friends and neighbors for a bite to eat and time of socializing.

Dolores was preceded in death by her husband; two sons, Dennis and Gary; granddaughter, Sara; and a brother, Eugene.

The family prefers memorials directed to Cross of Christ Lutheran Church or to Valley View Healthcare and Rehab.

Due to the Coronavirus Pandemic, the family has chosen to have a drive through visitation from 3 to 6 p.m. Friday, March 27, under the awning on the East side of Cross of Christ Lutheran Church in Houston. Friends and family will be able to drive their vehicles through to pay their respects to Dolores and greet the immediate family from a safe distance as they drive through. Please enter the parking lot from the North, between Valley View and Cross of Christ Church. Private family burial will be in the Stone Church Cemetery in Houston.

Hoff Funeral Service in Houston is assisting the family with arrangements. Please leave a memory of Dolores and sign her online guestbook at www.hofffuneral.com.

A celebration of Ed’s life will be held at a later date. The Fossum Funeral and Cremation Service of Onalaska is assisting with the arrangements. Online condolences may be left at www.fossumfuneralhome.com.

Our family would like to thank Gundersen Health System and the Palliative care team, especially Linda Groon, M.D., Kyla Lee, M.D., Jason Hatfield, P.A., and all the nurses and respiratory therapy team on the 6th floor for their incredible love, compassion and care.

Memorials may directed to the St. Patrick’s Catholic Church in Onalaska, The Children’s Miracle Network and Aquinas Catholic Schools. 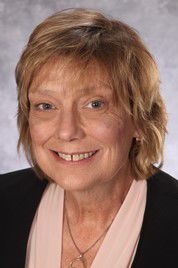 Nancy was preceded in death by her father and grandparents.

She graduated from Winona Senior High School in 1978. She obtained a bachelor’s degree in nutrition, as well as a master’s in dietetics, from the University of Wisconsin-Stout. She was a member of the American Dietetic Association. She was also a member of the First Congregational Church. She would like to thank her wonderful neighbors and friends for their support. The funeral will be held at a later date because of COVID-19 concerns. Memorials to be sent to First Congregational Church of Winona. Services are entrusted to Hoff Funeral Home. 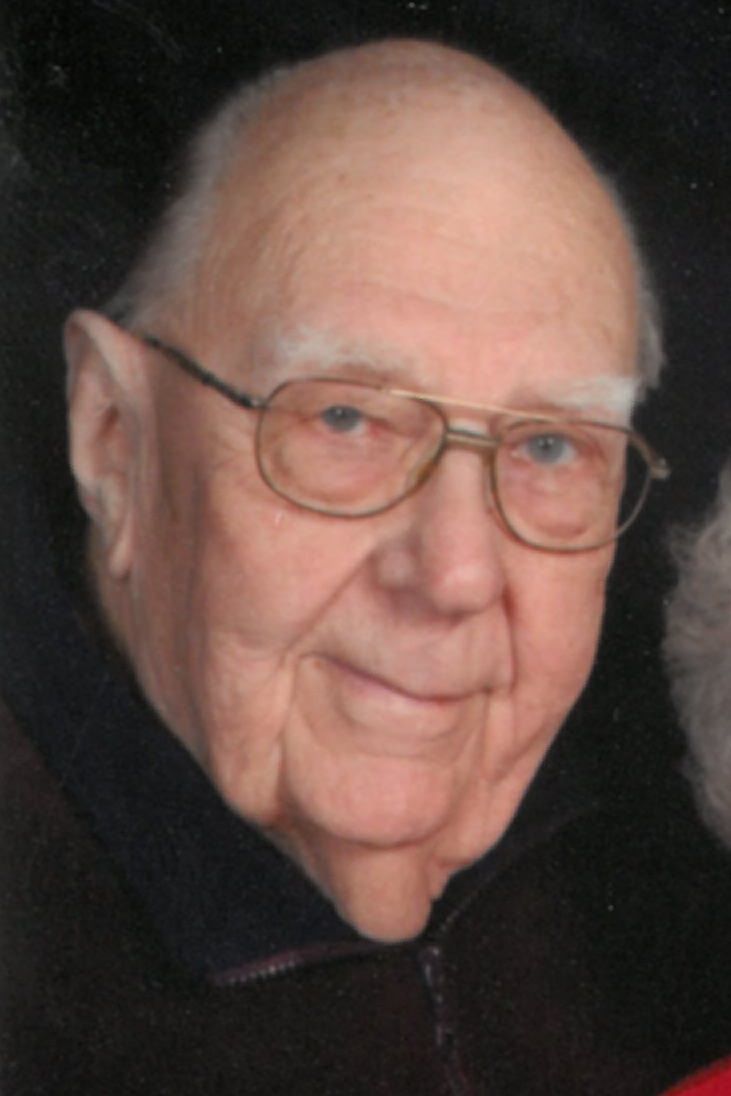 ROLLINGSTONE — Joseph George Jacobi, 93, of Rollingstone passed away peacefully with family by his side, Sunday, March 15, 2020, at Lake Winona Manor. He was born Feb. 18, 1927, in Rollingstone, to Andrew and Hulda (Wise) Jacobi.

Joseph graduated from Holy Trinity High School and enlisted in the U.S. Navy in 1945. After proudly serving our country, Joseph was honorably discharged. On Sept. 13, 1958, he married Mary Marten at St. Mary’s Catholic Church in Minneiska. They made their home in Rollingstone and had four children.

Joseph worked as a lab technician at Fibrite for 39 years before retiring. He spent his free time fishing, watching sports, and working on crossword puzzles. Joseph also enjoyed playing cards with friends and having coffee at Bonnie Rae’s. He took great pride in his garden and yard and will always be remembered for his jokes.

He was preceded in death by his parents; and son-in-law, Shawn Corcoran.

Memorials may be directed to Lake Winona Manor.

Services will be postponed until a later date. Please leave a memory of Joseph and view his video tribute when it becomes available at www.hofffuneral.com. Hoff Celebration of Life Center, Goodview, is assisting the family. 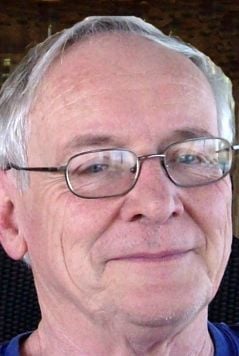 Michael William Farrell, 69, passed away Saturday, March 14, 2020, at Loyola—Maywood (IL) Medical Center, just 10 weeks after being diagnosed with cancer, eventually determined to be an aggressive form of non-Hodgkin lymphoma.

Mike was born in Winona, Minnesota, Sept. 27, 1950, the son of Mary Ellen Wilson Farrell and Francis M. Farrell. He was educated in Winona’s public schools and received his bachelor’s degree in history from Ripon College, Wis., in 1972. After two years of master’s degree studies in journalism at the University of South Carolina, Mike joined the staff of the Morris Daily Herald (Ill.) where he worked for the next 36 years as a reporter and editor until his retirement in 2010. Mike’s diligent and accurate reporting on local politics and government kept the citizens of the area well informed for decades and won him several awards for his reportage and writing.

In 1982, he married Charlotte M. Bohner, an educator and IT specialist and together they formed an indissoluble partnership that flourished for 37 years, until her death in 2019. Active contributors to many facets of the Morris community, both before and after retirement, Mike and Charlotte also traveled widely both in the U.S. and the world, including Russia, China, Europe, Central and South America and a photographic safari in Africa. Avid students of history, Mike and Charlotte included every extant Presidential library in their travels within the U.S. Mike’s hobbies included sports, especially following the Twins, Vikings and Ripon College teams, as well as gardening and reading history.

He was preceded in death by his parents; and wife. He is survived by his brother, Martin Farrell of Ripon, Wis.

Graveside services will be held at 10 a.m. Friday, March 20, in Evergreen Cemetery, Morris, where Michael will be laid to rest with his wife. A celebration of Michael’s life will be held at a later date.

In lieu of flowers, memorial gifts to the First United Methodist Church of Morris or Ripon College are requested.

Family and friends may sign the online guest book, upload photographs, or share Michael’s memorial page by logging onto www.ReevesFuneral.com

Funeral services and arrangements have been made under the direction and care of Reeves Funeral Homes, Ltd., in Morris, 815 942-2500.