Subscribe
Read Today's E-Edition
Share This
Where are they now? Juan Rojas-Cabrera, Above and Beyond winner, enters new phase as M.D.-Ph.D. student
0 Comments
Share this
1 of 2 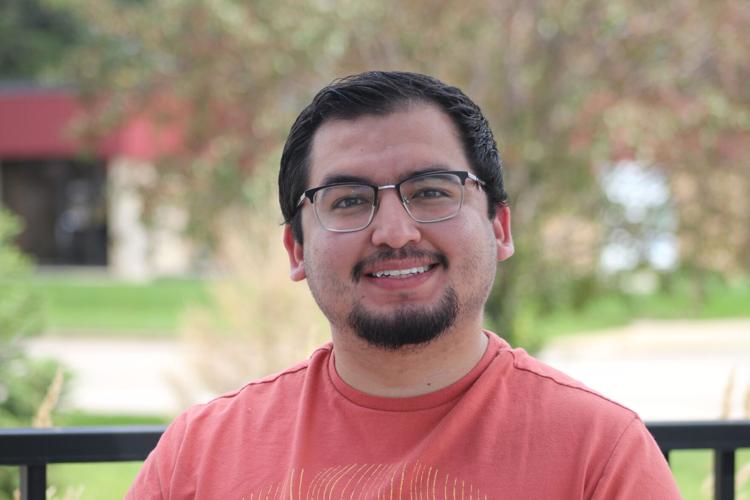 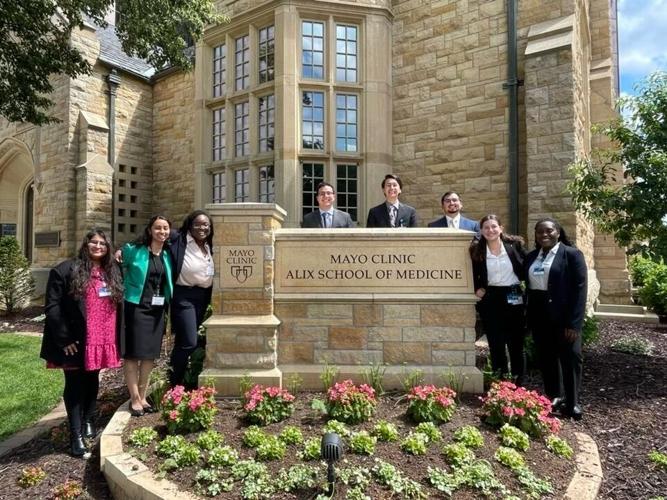 Juan Rojas-Cabrera and his M.D.-Ph.D. cohort at the Mayo Clinic's Alix School of Medicine.

ROCHESTER — In the midst of applying to medical schools last summer, Juan Rojas-Cabrera received an email he had been waiting on for almost two years.

The St. Charles High School and Winona State University graduate was caught up in pandemic-induced bureaucratic backups with his application for a permanent U.S. resident visa. When he least expected it, he was finally granted an immigration interview, the last step towards permanent residency.

“I remember it, I was napping and woke up, and I checked my phone and saw I got an email. It was in the summer, so the main thing I was concerned about was interviews, because that’s where they send interview invites for medical school,” Rojas-Cabrera said. “I clicked on it, and it said National Visa Center.”

Two weeks later, Rojas-Cabrera was traveling to the U.S. Consulate in Ciudad Juarez, Mexico, for his interview, a gamble considering his migratory status. If his visa application was denied, he would be forced to remain in his homeland, a country he had not lived in since 2001.

To both his delight and relief, his visa was approved, and in the ensuing months he received more acceptance letters, this time from 15 medical schools for M.D.-Ph.D. programs. While Stanford University and Yale University were some of his front-runners, Rojas-Cabrera was set on staying in Minnesota, and he started his program at Mayo Clinic’s Alix School of Medicine in Rochester this summer.

“At the end of the day, yeah, I’ve been in Minnesota all my life, but I’ve been successful here, there’s great opportunities here, and you can’t really beat an institution like the Mayo Clinic and all the opportunities they have,” Rojas-Cabrera said. “I’m a month and a half in, and I’m loving it.”

Since being St. Charles’ recipient of the Above and Beyond scholarship in 2015, Rojas-Cabrera has pursued his dream of becoming a physician while remaining close to home and his family.

After receiving a bachelor’s degree in nursing from WSU in 2019 and becoming the first in his family to graduate college, he spent two years in a post-baccalaureate program working in a neural engineering lab under Dr. Kendall Lee. There, he specialized in projects on deep brain stimulation and contributed to four research papers that were published in academic journals.

Now, Rojas-Cabrera is in the beginning stages of a seven-year program — which features two years of medical school courses, three years of Ph.D. work and two more years finishing an M.D. degree. He plans to rejoin Lee’s lab to complete the Ph.D. portion of his program.

While Rojas-Cabrera’s career in medicine is still in the distance, he said his aspirations are to work in academia because of his influential experiences in research labs.

“I want to be in an academic setting because I really like research, and I like the environment of teaching and giving back to others through teaching,” he said. “I just hope to be at a point in my life in seven years where I’ll be getting ready for residency and going to my next step in life.”

In 2019, he married his high school sweetheart, Laynee, and the couple live together in Rochester. With his parents and younger siblings just 25 miles away in St. Charles, Rojas-Cabrera said he is finding time to visit them on weekends when he has breaks in medical school.

During his time in Mexico last summer, Rojas-Cabrera connected with some his relatives for the first time in nearly two decades. He recalled meeting and conversing with his maternal grandfather who passed away last month.

Rojas-Cabrera was awarded the Above and Beyond scholarship for overcoming hardships in high school. His grades slipped during his freshman year as drugs started to influence his life, but he managed to rebound and achieved a 4.0 grade point average in his junior and senior years.

Seven years after receiving the scholarship, Rojas-Cabrera reflected on its impact on his personal life through validating his advancement from one of the lowest points of his life.

“For me, the biggest focus wasn’t the monetary aspect,” he said. “What meant more to me was the fact that there were people out there that recognized I was improving, and not just improving for my own benefit, but for the benefit of other people. To me, that felt great.”

For Extra Effort: To give online visit at www.laxcommfoundation.com. Checks can be written to Extra Effort Fund and mailed to the Foundation at 401 Main St., Ste. 205, La Crosse, WI 54601.

IN PHOTOS: Above & Beyond 2022 celebration

Andrew Polk can be reached at andrew.polk@lee.net or via Twitter @apolk17

COLLECTION: Where are they now? Catch up with former scholarship winners

The man convicted in the 1981 murder and sexual assault of Susan Erickson is now living in the same community where the crime occurred.

Here’s a guide to what’s going on in Winona this weekend:

The East End Recreation Center has been saved, as the city council voted this week to no longer consider the site for a new combined public sa…

What happens when a landscape designer and horticultural specialist faces an unexpected scourge of thorns and thistles? Not the garden variety…

On Sunday, Sept. 25, Winona County Public Health will host a COVID-19 vaccination clinic for people seeking an updated booster for the new omi…

Boats and Bluegrass Festival kicks off in Winona

The 2022 Boats and Bluegrass Festival kicked off for another year Thursday at Prairie Island Campgrounds in Winona.

For the first time, Winona State University is listed among the Top 40 in the Midwest, according to the U.S. News and World Report’s 2023 ranking.

A bicyclist is dead after a collision with a motor vehicle Thursday in Winona County.

A note to our readers

A technical glitch caused an error in delivery of our e-editions today. We apologize for any inconvenience and are working on a fix. We'll send out notice when it's resolved.

Why the colors of sunsets are so incredible

Why the colors of sunsets are so incredible

Juan Rojas-Cabrera and his M.D.-Ph.D. cohort at the Mayo Clinic's Alix School of Medicine.