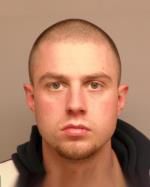 Police: Man steals car and rams another attempting to stop him in Dakota

A Bloomington man was charged with theft of a motor vehicle and assault Saturday in Dakota after being accused of stealing a car and ramming a vehicle that was attempting to stop him.

At 8:52 a.m. Saturday, police received a call from a witness on the 45000 block of County Road 12 in Dakota, who said a man, later identified as Ryan Anthony Lantz, 25, was attempting to break into one of the cars on the property.

The complainant used another vehicle to block Lantz from driving off, which resulted in Lantz ramming the vehicle and fleeing, according to authorities.

The stolen vehicle was later recovered unoccupied a mile away on Interstate 90, according to the police report, and officers were informed that Lantz had been picked up by a third party and taken to a Kwik Trip in Nodine.

Officers responded to the Kwik Trip and contacted Lantz, who the complainant was able to positively identify as the person who had stolen the vehicle.

Lantz was subsequently arrested and charged with theft of a motor vehicle, two counts of assault in the second- and fifth-degree, tampering with a motor vehicle, fleeing the scene of a property damage accident and driving after suspension, which amounts to three felonies and five misdemeanors, according to police.

Police also learned that Lantz had stolen another vehicle in La Crescent before the theft in Dakota, of which he may be charged by the La Crescent Police Department.

No injuries were reported.

7:06 p.m. – Lance Michael Dunbar, 24, of Goodview was arrested on suspicion of driving while under the influence of a controlled substance. Dunbar was pulled over on Highway 76 and County Road 17 for having an obscured license plate and has charges pending the result of a blood draw.

7:30 p.m. – Edgar Israel Hernandez, 19, was charged with fifth-degree possession of a controlled substance after being pulled over Highway 61 and 44th Avenue.

5:39 p.m. – A woman reported that tools were taken from a garage on 46000 block of Oak Hill Lane, ranging from wrenches, screwdrivers and other handheld tools, amounting to an estimated cost of $400 to $500.

8:26 p.m. – Clayton James Burkholder, 20, of Utica was cited with possession of drug paraphernalia after being stopped on County Roads 6 and 17 for speeding.

10:41 p.m. – Duane Melvin Peterson, 68, of Winona was charged with fifth-degree domestic assault after being involved in an altercation on the 25000 block of Minor Valley Road.

9:32 a.m. – Sarah Rose Davis, 39, of Winona was charged with fifth-degree possession of a controlled substance after being found asleep in a vehicle on the 1650 block of Kramer Drive. According to the police report, a patrolling officer encountered Davis and was able to wake her up. The officer noticed that Davis was in possession of a hypodermic needle, a black pouch, a small plastic bag and 5.92 grams of a substance that field-tested positive for methamphetamine, according to the report.

2:09 p.m. – Andrew Troy Aurentz, 36, of Winona was ticketed with theft by shoplifting from Walmart.

11:50 p.m. – Amy Ann Brown, 30, of Minnesota City was charged with fourth-degree DWI after being stopped on Fourth and Johnson streets. Brown was initially stopped for violating Hands Free and had a blood alcohol content of .09.

1:13 a.m. – Frederick Anthony Douglas, 19, of Rochester was charged with fourth-degree DWI after being stopped on Grand and 11th streets. Douglas was initially stopped for speeding and had a blood alcohol content of .12.

1:15 a.m. – Three women reported that their jackets had been stolen from a booth at Tavern 129 after they had left to use the restroom.

5:37 p.m. – Gabrielle Denise Hinton Jackson, 40, of Winona was ticketed with theft by shoplifting from Walmart.

2:34 a.m. – Leo Arturo Palacios Hernandez, 30, of Winona was arrested and referred for gross misdemeanor – second-degree DWI, driving after revocation and no insurance after being stopped on Fifth and Market streets. Hernandez was called in after a bouncer to a bar witnessed him getting into a vehicle and driving away. The bouncer subsequently attempted to follow Hernandez but lost sight of him. Hernandez was ultimately stopped after failing to stop at a stop sign and almost hitting a parked car near officers who were enforcing the Alternate-Side Parking Ordinance. Hernandez’s blood alcohol content was .18.

A total of 100 alternate side-parking tickets were issued and 90 vehicles were towed in compliance with the tag-and-tow ordinance. 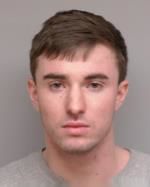 3:25 p.m.: A man reported that an individual was pounding on the front door of his residence on the 900 block of West Seventh Street, which resulted in some glass on the door breaking and the door being broken in. Officers are awaiting a damage estimate before referring the suspect for charges.

1:01 a.m.: Justin Lee Heller, 34, of Winona was charged with third-degree DWI after being pulled over on Seventh and Vine streets. Heller’s blood alcohol content was .09 and he was pulled over for having a light out. Heller was charged with a gross misdemeanor because he had a prior DWI arrest in Wisconsin.

2:36 a.m.: Asher Allen Merkel, 19, of Winona was charged with fifth-degree possession of a controlled substance (a marijuana vape cartridge).

No alternate side-parking tickets were issued.

11:26 a.m.: A staff member at Minnesota State College Southeast reported that parts to a car used for classroom demonstrations had been taken

5:28 p.m.: Liset Bosmenier Villanueva, 47, of Winona was charged with theft by shoplifting from Walmart.

8:26 p.m.: Kwik Trip on Highway 61 reported the theft of gasoline. While the store could not identify the driver, a license plate number was obtained. Employees believe this was the same driver from earlier in the evening.

11:41 p.m.: Matthew Adam Mishler, 37, of Minneapolis was cited for drunken driving after being pulled over on Highway 61 and Huff Street. Mishler’s blood-alcohol content was 0.14.

Child-pornography charges were dropped Tuesday against a 36-year-old St. Charles man, with the Winona County Attorney’s Office citing “unique evidentiary issues” as the cause.

Dustin Patrick Ellringer was charged in 2019 with five counts of possession of child pornography after an investigation led by the Winona County Sheriff’s Office resulted in the discovery of various images and videos of a minor in stages of undress and performing sexual acts.

Ellringer came to the attention of authorities after a witness claimed to have found child pornography on Ellringer’s phone, which led to investigators finding numerous images and videos of a minor performing sexual acts and undressing, according to court documents.

In a Jan. 28 court decision, the court granted the defense’s request to view copies of the evidence in order to prepare for the prosecution. The request was granted on the condition that it only be viewed by the defense counsel or by the defendant in the presence of his counsel.

In the Feb. 4 dismissal, however, the county attorney’s office dismissed the charges against Ellringer by citing “unique evidentiary issues” and the District Court’s order compelling the state to reproduce the evidence of the child pornography.

The dismissal states that while the victim objects to the decision, the case’s lead investigator indicated that he finds dismissal appropriate. 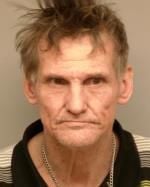 8:32 a.m. – A Merchants Bank employee reported that the lower half of a glass door to the bank had been kicked and subsequently shattered. The complainant said the incident occurred sometime on Feb. 1.

9:13 a.m. – An adult male reported that $20 worth of damage was inflicted to the vinyl fencing at his residence on the 600 block of West Fourth Street.

12:01 p.m. – An adult female reported the theft of multiple items from her residence on the 400 block of East Broadway Street. According to the report, the complainant had been away for a weeks when the incident occurred and there appeared to be no signs of forced entry.

1:48 p.m. – Aaron Patrick Devorak, 41, and Justine Nicole Gahnz, 32, both of Winona, were ticketed with theft by shoplifting from Target.

1:55 p.m. – A lockdown at Minnesota State College Southeast was caused by a faculty member mistakenly identifying a person for another who had previously made threats against the school and thus had been served a trespass notice from the property, according to police reports. Police worked in conjunction with the school to secure the property and were able to confirm that the suspicious person was not the same individual with the trespass notice. The school was cleared at 3:32 p.m.

3:02 p.m. – Kyle Elliot Paulson, 36, of Winona was ticketed with theft by shoplifting from Fleet Farm.

3:42 p.m. – A Galesville woman reported that a fraudulent money transfer had been made from her employer account to a local bank. A police report is still in the process of being written.

4:25 p.m. – A female on the 400 block of East Third Street reported that the driver-side mirror and window on her vehicle had been broken.

11:36 p.m. – Derrick Preston Fenske, 59, of Winona was arrested and referred for gross misdemeanor-domestic assault after being involved in an altercation with a female acquaintance on the 700 block of East Third Street.

Get local Crime & Courts updates directly in your inbox!

We're wherever you are. Get 90% off when you join today!