In a rare sighting, the first barn owl nest was documented in the state of Wisconsin in more than two decades after a La Crosse resident spotted an owlet in their backyard, according to the Department of Natural Resources.

The bird has been an uncommon sight in Wisconsin, the DNR said in a release Thursday, and was put on the state’s endangered species list for a time. The last nest was detected in Grant County in 1999 — until now.

In September, a La Crosse resident spotted a young barn owl in backyard and contacted the Coulee Region Humane Society, which runs a wildlife rehabilitation program and picked up the owl on Sept. 9. The owl had fallen out of a dead tree, according to the DNR.

After the owl was spotted, Karla Bloem with the International Owl Center in Houston, Minnesota, was able to use a camera scope to peer into the tree cavity — a common spot for barn owls to nest and roost — and found a pair of barn owls and three owlets.

“This is an exciting development for Wisconsin as this nest could have easily gone undetected,” said Ryan Brade, DNR conservation biologist and bird monitoring coordinator.

While this is the first documentation of a nest in more than 20 years, the DNR said, the barn owls themselves have been spotted in Wisconsin and in the upper midwest more frequently in recent years, and there has been speculation that there may be some nests in southern Wisconsin.

Kathy KasaKaitas, the animal control protection and rescue supervisor with the Humane Society, said she didn’t believe the officer at first when they texted about their discovery.

“I can’t even tell you how excited I was to find out that it was actually a barn owl,” she said. “It’s been so many years since they’ve been spotted in any type of numbers, and when finding out that they were actually correct when they told me and I opened the door up I was very excited at what I was looking at.”

KasaKaitas has been doing wildlife rehabilitation work for 12 years and said helping rehabilitate the barn owl was likely a “once-in-a-lifetime” opportunity because the bird is so rare to spot in the area.

The owlet was in OK shape when it was first brought in, she said, and had likely attempted its first flight when falling out of the tree. It had a mix of flight and down feathers, which helped indicate that it was about a month old.

KasaKaitas said she always does fresh research on an animal when it is brought into the shelter, even if they’ve helped one before, and had already done research on barn owls in the past, saying she found them “fascinating.”

The wildlife rehabilitation program typically brings in a mix of baby squirrels, rabbits and other birds of prey such as great horned owls and red-tailed hawks, and already had the right food on hand for the owlet. She said the bird was a “pretty ferocious eater,” sometimes eating up to one-and-a-half times its weight in a day.

The barn owl is also known as a somewhat aggressive bird of prey, and the owlet would often come feet-first to the door for feedings and spread their wings to look big, KasaKaitas said, calling them “feisty.”

Once the owl was discovered, at first the Humane Society contacted the DNR to try and identify a safe place to release it once rehabilitated, since at the time there were no known populations in the area. KasaKaitas said it was rare to find the birds in an urban setting.

That’s when Bloem’s team came in and was able to find that the backyard was housing the nest all along.

“It’s hard to describe how exciting it was to find this nest,” Bloem said.

She said she’s been using passive acoustic monitoring to detect wild barn owls in southeastern Minnesota the last two years and have detected owls at most, but no barn owls have used any of the team’s nest boxes yet.

“So I was beyond ecstatic to see barn owl legs show up on my screen when we had the endoscope in the tree cavity,” she said.

The teams monitored the La Crosse nest using sound to help determine if they were still there, listening for their screeching and begging noises, KasaKaitas said.

The owl was returned to its nest in a healthy condition on Oct. 2, something KasaKaitas said was “very fulfilling and rewarding” to be able to provide the right food source and training for it to be renested with its parents. The owls remained near the nest site at least through the end of October.

The DNR told the Tribune that the homeowner who first spotted the owl could not be publicly identified in order to protect the habitat from unwanted visitors or disturbances, hopeful that the owls will return.

The owls may be appearing more in the area due to warming winters, the DNR said. Though the species is one of the most widespread birds in the world, they appear more often in the south and KasaKaitas said they were driven out of the area partly because of the use of pesticides.

“I think this all points to there being more barn owls in Minnesota and Wisconsin than we know about because barn owls are so good at avoiding detection,” Bloem said. “They don’t call much and they are strictly nocturnal, so they are mostly found as road kills, when starving, or a very few have been found nesting.”

If the bird was to become more prevalent in the state with an annual breeding population discovered, it could be placed back on Wisconsin’s endangered and threatened species list, the DNR said.

The barn owl has an “iconic” white, heart-shaped face and does not have ear tufts like other owls do, giving a more sleek look on their head. The plumage on their head, back and upper wings are a mix of buff and gray colors and their face, body and underwings are white.

The sound of a barn owl can also be distinctive, though still difficult to decipher between other species, and the DNR said they are known for their high-pitched scream.

Their sound is often confused with the “begging” call of a young great horned owl which is much more common in the region, and Brady said in a quote that 99% of barn owl reports turn out to be a horned owl.

“If you think you hear a barn owl, try to record the sound with your phone or other device,” Brady said.

Sightings can be reported to the Wisconsin eBird website or through the DNR’s rare species online reporting form.

Other ways to support the barn owl include leaving up dead trees when safe to do so, since the birds often nest and roost in their cavities (as well as in abandoned barns and buildings) and refrain from using pesticides and rodenticides, the DNR said.

March 2015 WDN Photos of the Month

What's going on in Winona? 100 Miles of Christmas, Holiday Lighted Parade and more

Katelyn Ketchum has been recognized as the Winona 4-H Youth Representative for November.

Throwback Thursday: Winona readies for nuclear war: Where to go if/when they drop the “Big One”

This story originally appeared on Nov. 13, 1966, in the Winona Daily News.

What to Know About Omicron 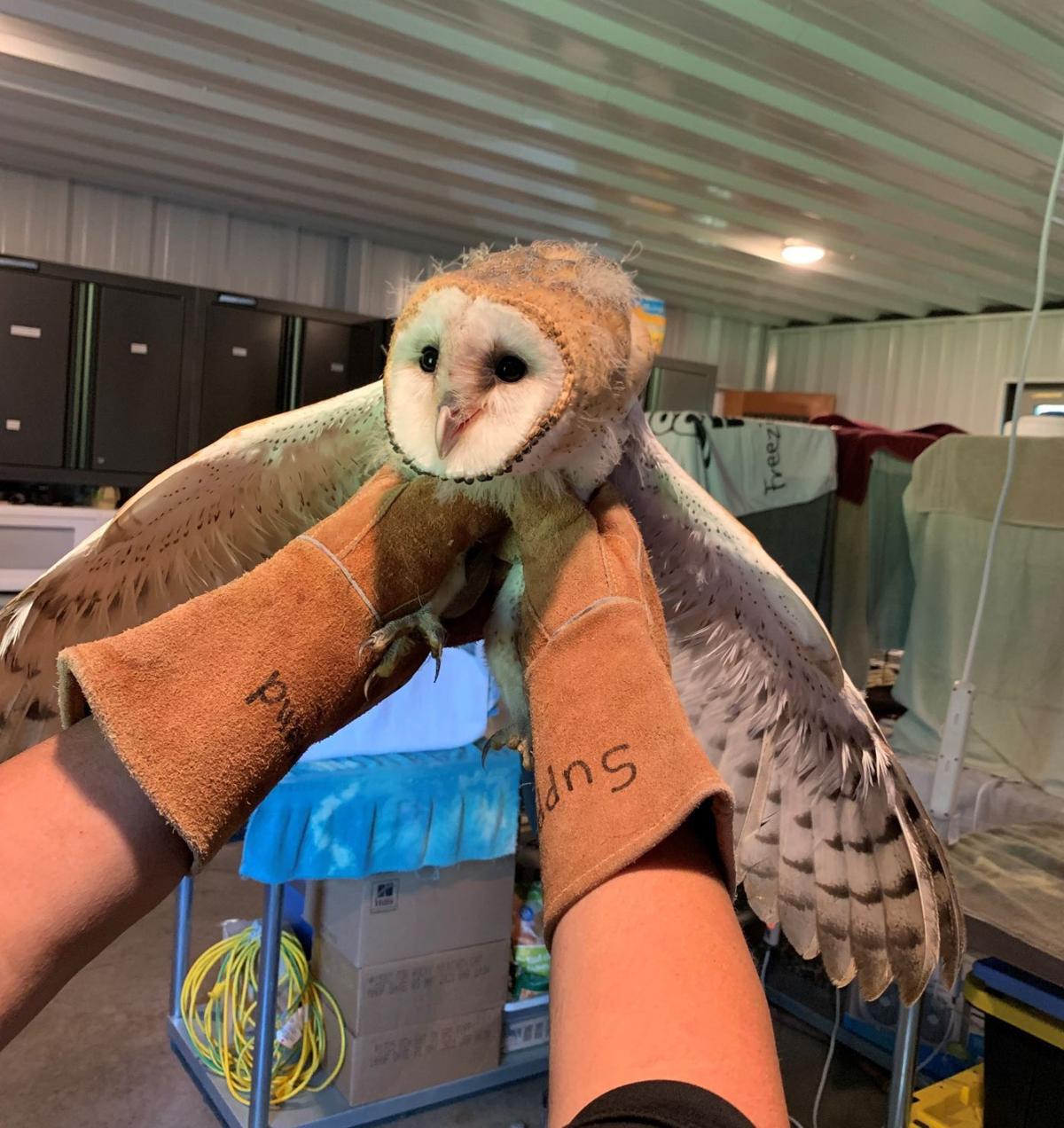 A young barn owl, roughly one month old at the time, spreads its wings while entering the wildlife rehabilitation program at the Coulee Region Humane Society. The owl was spotted in a La Crosse backyard leading to the discovery of the first barn owl nest in the state in more than two decades. 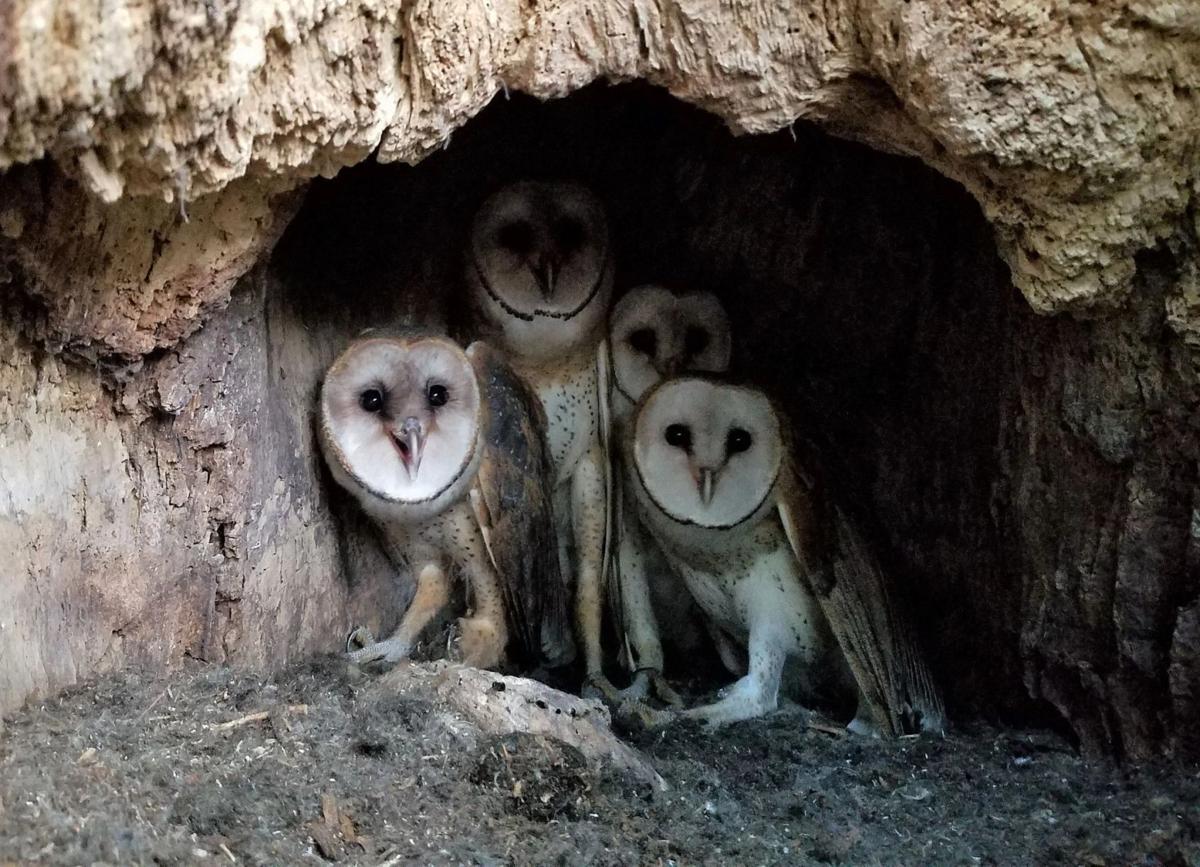 A barn owl nest has been spotted in the state of Wisconsin for the first time in more than 20 years after a La Crosse resident spotted a baby owl in its yard. The family of owls is spotted here, in their nest built in the cavity of a dead tree, which was discovered and captured using a scope camera. 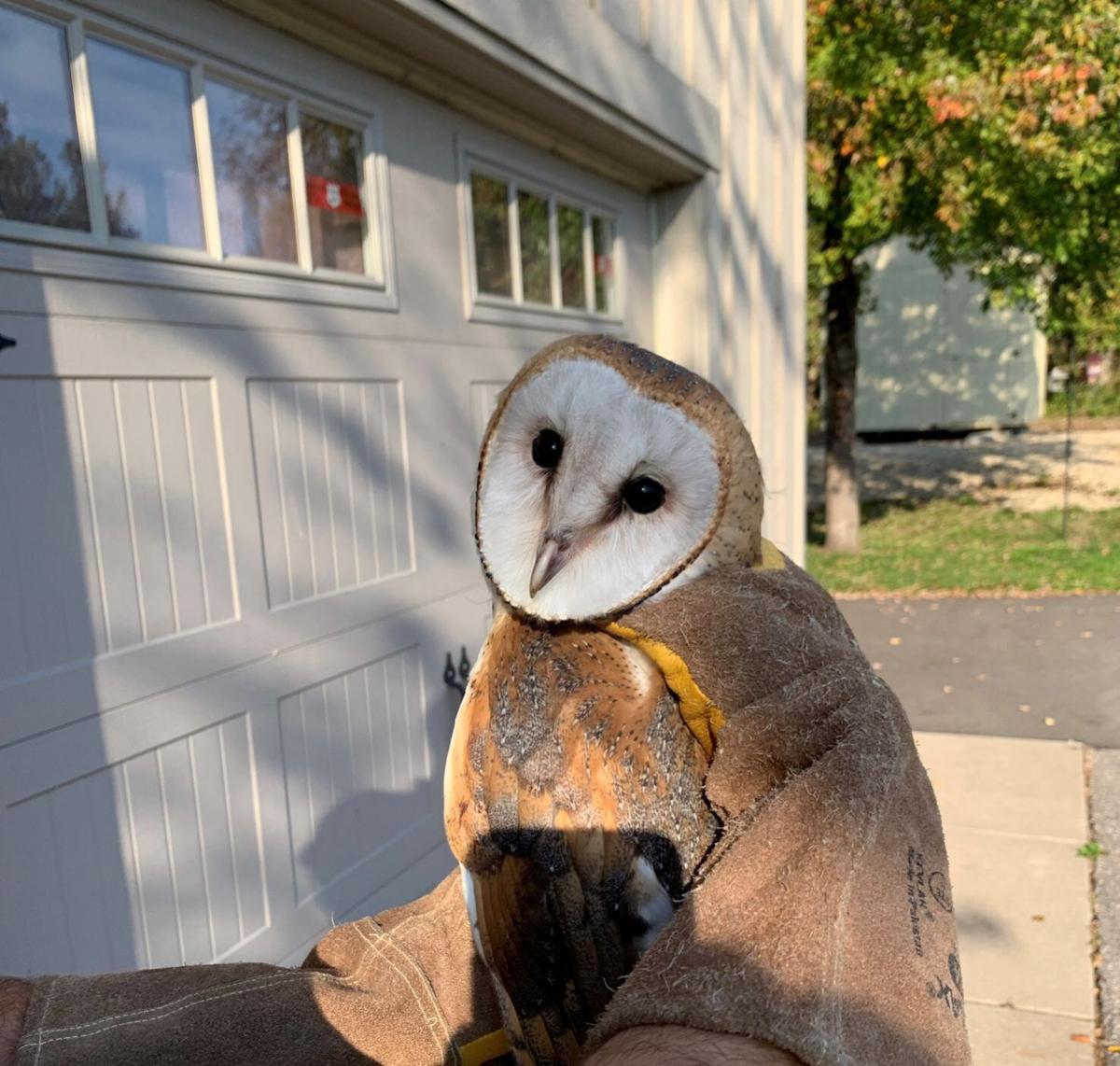 The young owl whose spotting led to the first discovery of a barn owl nest in the state since 1999, was taken to the Coulee Region Humane Society for rehabilitation. Officials said he was in OK shape when brought in and he has since been reunited with his parliament.