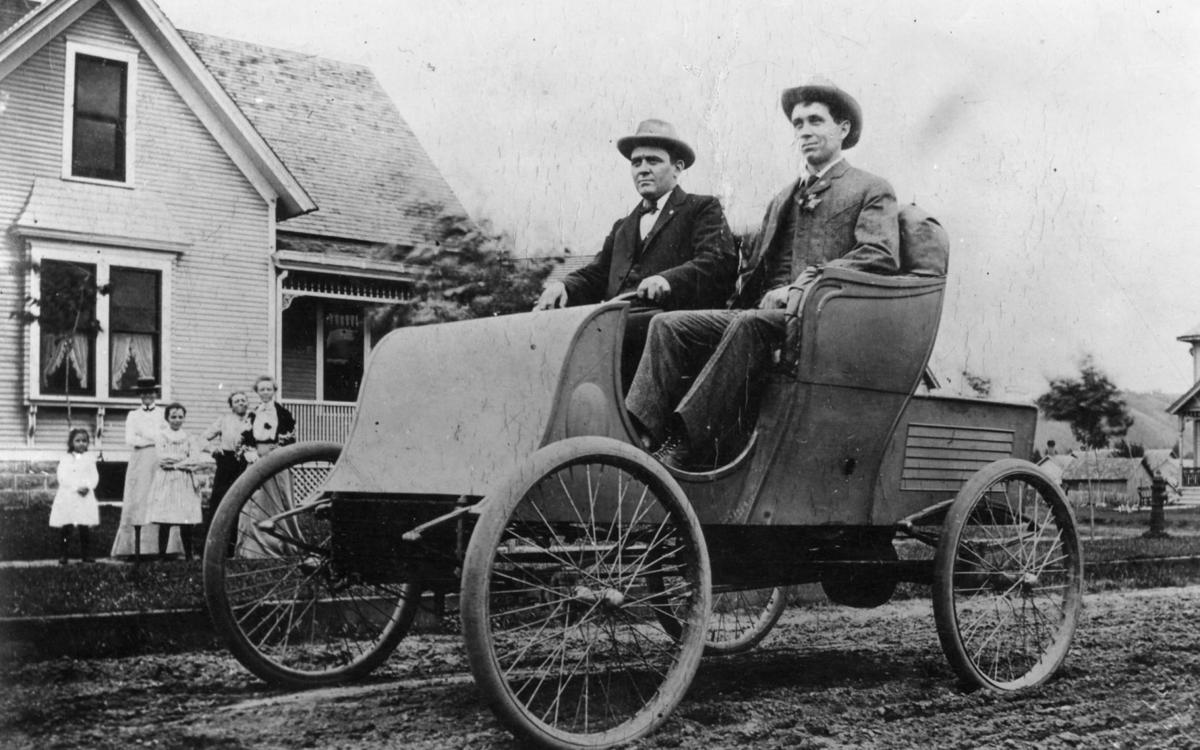 This automobile was built by Ira E. and F. Harry Berry at the New Winona Manufacturing Co. plant between 1900 and 1902. Patterns, forgings, axles, radiator, engine and transmission were all designed and built by them at the plant. It was propelled by a two-cylinder twin horizontal gasoline engine with homemade carburetor, make and break ignition, water cooled. A speed of 30 mph was obtained on level roads. 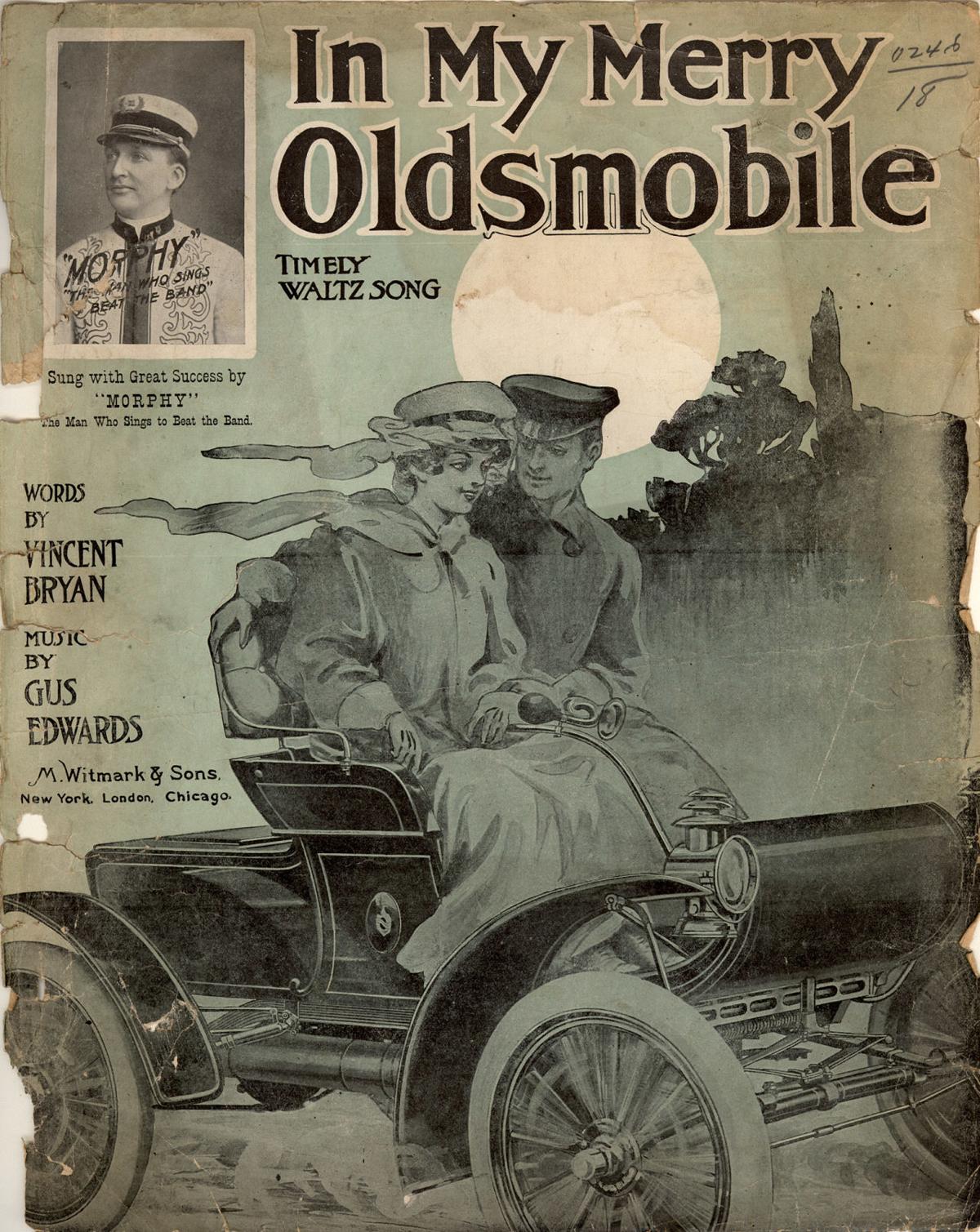 The 1904 sheet music of "In My Merry Oldsmobile," featuring a curved-dash Oldsmobile. 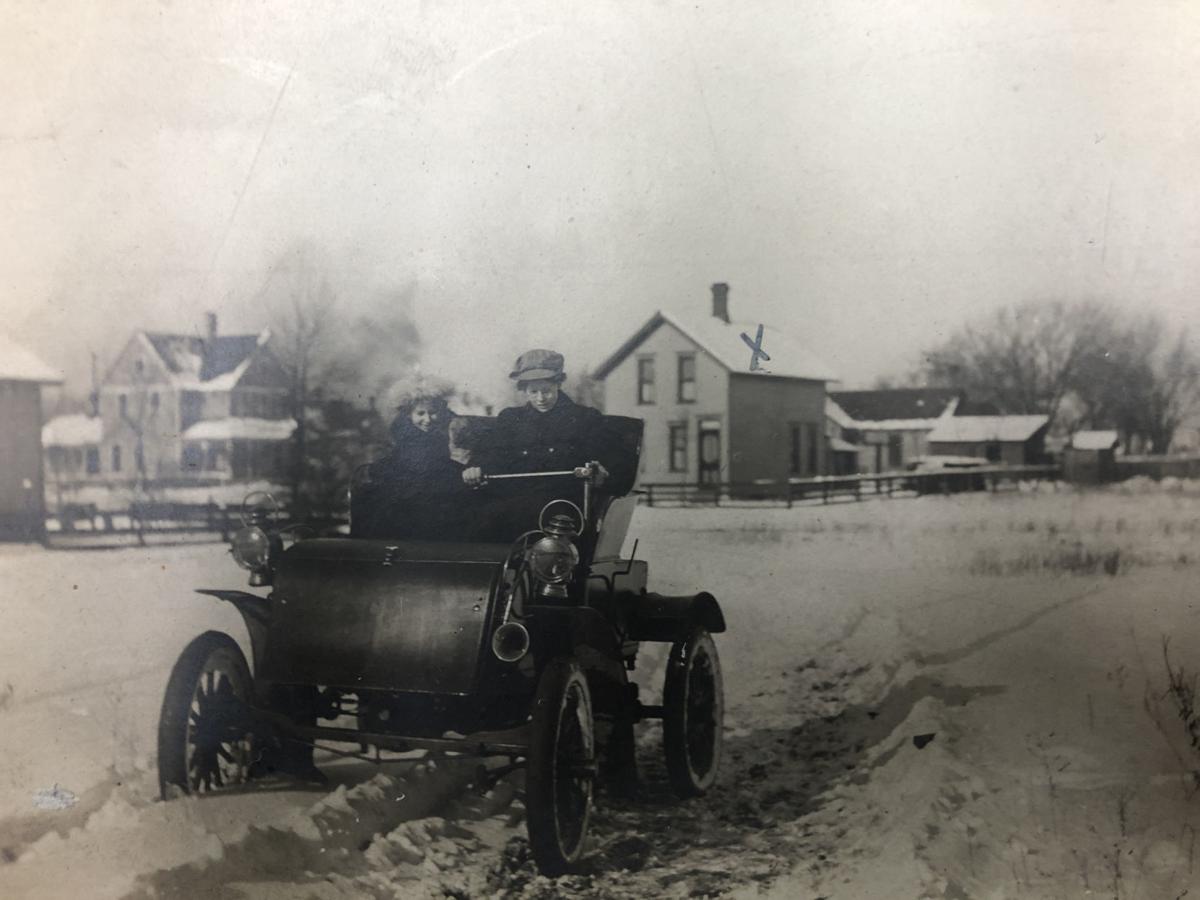 When automobiles first made their appearance on Winona streets around the turn of the century, the little manual that accompanied each machine on delivery from the factory was as important a document as the bill of sale.

It not only told the new owner how to operate the contraption; in a day when garages and service stations were virtually unheard of, it was about his only guide to how, hopefully, he could keep it running.

The 23-page booklet that came with the oldest Winona-owned motorcar still in existence — a 1904 curved-dash Oldsmobile originally brought here by the late William Bowman — for example, has a chapter on operation that starts:

“Take the right-hand side of seat and see that the controlling lever (No. 9, Fig. 2) is thrown clear back next to the back-up gear. See that needle valve (33, Fig. 2) is open to brass tack or more, if very cold. Move the sparking and switch levers away forward; this gives late spark and connects one set of batteries; the switch handle could be moved backward to use other set of batteries. Place the heel on the relief lever (No. 34, Fig. 2), then the motor is ready to start.”

The neophyte automobilist had to study six more pages of operating instructions — including the admonition, “Never make a quick turn of the steering lever while the vehicle is running at high speed; it is liable to cause a bad accident” and the tip, “When nearing the bottom of a hill, apply the speeder to give the motor as great a speed as possible in order to make the next hill”—before he was ready to make his maiden run.

Acquired by Dr. L.I. Younger who discovered it in the loft of a West End woodworking shop where it had languished for a number of years, the 65-year-old car has been restored to operating condition by Dr. Younger’s son, Don, a member of the Antique Automobile Club of America.

Now one of six antique cars in various stages of restoration on the Younger property at Fair Oaks in West Burns Valley, the Bowman Oldsmobile wasn’t the first to be shown here by a Winona owner.

William Schellhas, founder of the Schellhas Brewery here, generally is conceded to have been the first local buyer of one of the horseless carriages, probably sometime during the last years of the 1890s.

The appearance of each new car, however, continued to be enough of a novelty to warrant news accounts in the Republican-Herald in the early 1900s and there was a carefully detailed article in 1912 about the hour’s drive of a Lewiston, Minn., newsman from Lewiston to Winona, part of the trip over the old Territorial Road.

Bowman apparently brought his Oldsmobile to Winona when he moved here to set up a barbershop on East Third Street and the license plate on the car when the Youngers acquired it indicates its original registry was in Iowa.

The one-cylinder, chain-drive machine is steered by a tiller, has a planetary transmission and an electrical system powered by eight telephone batteries, four of them operative at one time and the other four in reserve. Although it has no speedometer, Younger believes the machine will reach a top speed of about 35 miles an hour.

Younger has a copy of the owner’s manual that came with the machine, a booklet that explained, with the use of some rather crude drawings, how the automobile, with its maple wood body, was constructed, how to take it apart and put it back together again and instructions on making repairs and adjustments normally required in its operation.

The language of the manual indicates the writer knew he was obviously dealing with greenhorns; the first instructions are written in a congenial, conversational fashion of one leading a child by the hand, but a sterner tone becomes evident as the more critical points in operation and maintenance are touched on.

The owner is warned on the front page to “Keep this book in tool box. A new copy will not be furnished unless satisfactory explanation is given.”

The approach takes a gentle turn, however, as the owner is introduced to “A Study of the ‘Oldsmobile’ and is invited to “step to the back end of the machine and, placing our two hands under each side of the back, turn the knobs. This will relieve the top, or ‘deck,’ of the body, which we will lay to one side out of the way...”

After eight pages of exploring the mysteries of motor, transmission and other components, there’s a separate chapter on routine maintenance — “...By thorough oiling we do not mean to take the oil can and squirt on a quantity of oil. You should carefully lubricate every bearing surface on carriage, even if not specified in the directions for oiling...” — and then on to actual driving instructions and “suggestions in case of difficulties.”

By Page 23 the owner is considered to have been fully instructed in the operation and maintenance of his machine and the chapter on “Don’ts” is couched in stern terms.

“Don’t drive your ‘Oldsmobile’ 100 miles the first day. You wouldn’t drive a green horse 10 miles ‘til you were acquainted with him. Do you know more about a gasoline motor than you do about a horse?...”

“... Don’t take anybody’s word for it that your tanks have plenty of gasoline and water and your oil-cup plenty of oil. They may be guessing...”