This story originally appeared on April 26, 1935, in the Winona Republican-Herald, a predecessor of the Winona Daily News.

Pools of the Alma and Whitman nine-foot channel dams will be filled with water up to one foot of the highest pool level early in May, Major Dwight P. Johns, district engineer of the War Department, announced today.

The filling of the pools marks the arrival of the nine-foot channel in this section of the river and the practical completion of two of the six dams to be constructed between La Crosse and Hastings. Two other dams, at Winona and Trempealeau, are now under construction, and two more, at Dresbach and Red Wing, are yet to be built. Funds for these structures are expected shortly from the new public works allotment.

In all, there will be 27 dams between Minneapolis and St. Louis. At present, the Minneapolis, Hastings, Rock Island and Keokuk structures are in operation. One at Canton, Ill., will also be put in operation this season.

Marks arrival of channelThe Whitman pool will be filled first. The dam there will be put in operation May 5 and will be so operated as to raise the water surface in the river to an approximate elevation of 659 feet a mile and a half below the Alma dam on or about May 8. This level is one foot below the required pool level of 660 feet. Further raising of the pool to its normal level will be gradual during the following weeks.

At Alma, the dam will be put in operation on May 10 and the pool raised to a level of 666 feet at a point about a mile below the Wabasha bridge on or about May 17. This is also a foot below pool level of 667 feet. The other foot will be added during the present navigation season.

Plan undecidedThe normal method of raising a pool level is to close the Tainter gate section of the dams completely and regulate the flow of the river with the roller gates. Whether this plan will be used this season because of the work yet to be done on the roller gates has not been announced. The operation of the roller gates daily might Interfere with construction.

From the time the pool filling starts all navigation will be through the main locks of tho dams. The auxiliary locks will be closed. The areas to be flooded have been cleared of all timbers, fences and buildings. Most of this area will be submerged. Clearing, however, was three feet above normal pool level.

Actual construction work on the Dresbach nine-foot channel dam, locks of which have been completed, probably will be underway within six weeks or two months, engineers of the War Department said today following announcement n Washington of how the $25,000,000 recently allotted by the Emergency Relief Appropriation act for canalization work on the Upper Mississippi will be spent.

Three projects in the St. Paul district of the War Department, which extends from the Twin Cities to the mouth of the Wisconsin river, were approved in the allotment as follows:

Clearing above Dam 5-A three miles above Winona and Dam 6 at Trempealeau, already under construction, is expected to be included in the $9,000,000 to be spent in the St. Paul district. Clearing above Dams 7 at Dresbach and 8 at Genoa may not be started until next year, as the projects are not to be completed until the spring of 1937. Other miscellaneous work and dredging also is scheduled in the list of approved projects.

Dams are expected to cost approximately $2.5 million and locks more than $1 million. With work underway at the Winona and Trempealeau dams and work to start before fall on the Bed Wing locks and Dresbach dam, much slack unemployment in this section is expected to be taken up during the winter months when activities reach their height.

In connection with channel work, the War Department today announced that bids will be asked soon for the construction of a storage and stock building at the Fountain City boatyard and for flat cars and storage trucks for the Alma, Whitman, Winona and Trempealeau dams.

The War Department announcement explained that the canalization of the Upper Mississippi to provide a nine-foot channel to St. Paul was started with a congressional appropriation of $7,500,000 and that allotments totaling $51,495,000 have been provided by the administration of public works for the continuation of the project.

The complete the project will require the eventual construction of 27 locks and dams. Funds already provided are sufficient for the completion of 20 of the locks and 12 of the dams.

Stacey Abrams on voting rights, her next move

Stacey Abrams on voting rights, her next move 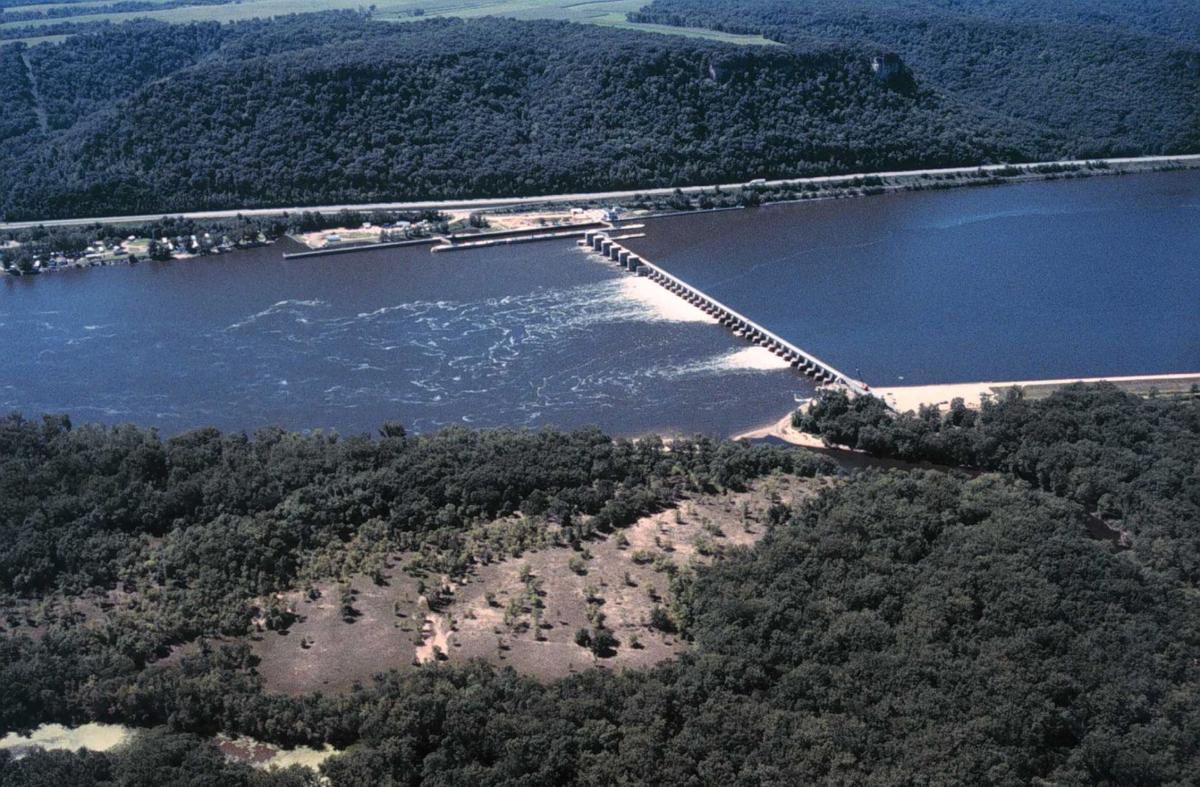 Lock and Dam #5 (AKA Whitman Dam) was placed in operation May 1935. The site underwent major rehabilitation from 1987 through 1998. Whitman Dam consists of a concrete structure 1,619 feet long with six roller gates and 28 tainter gates and an earth embankment 18,000 feet long. The lock is 110 feet wide by 600 feet long. The lock and dam system is maintained and operated by the U.S. Army Corps of Engineers. 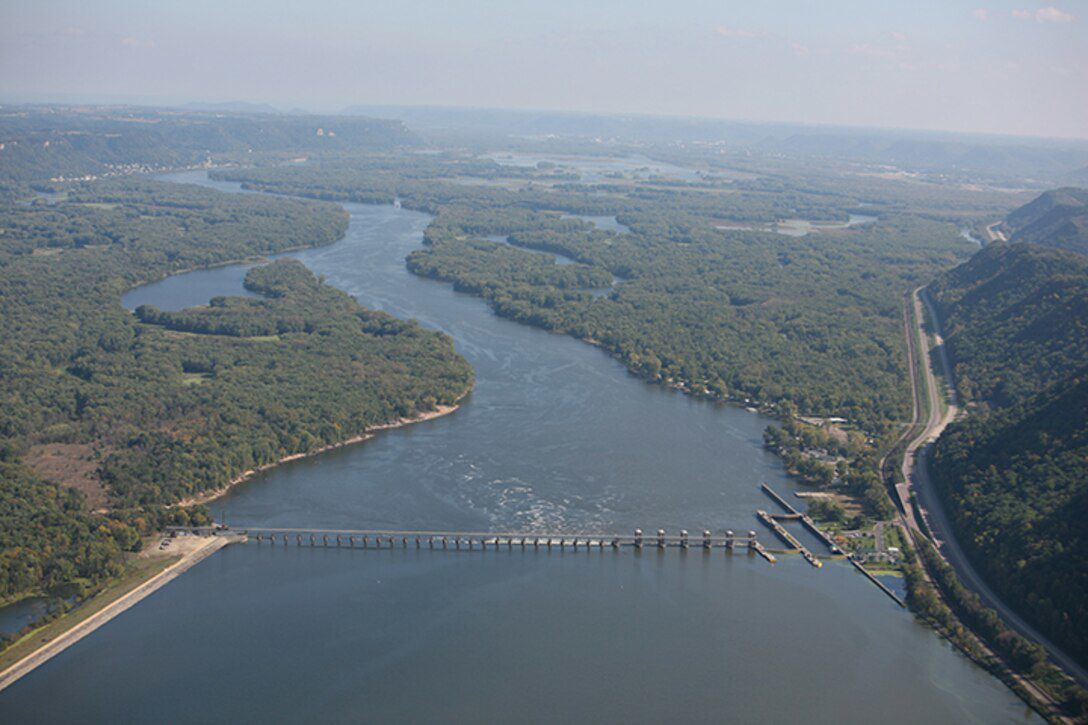 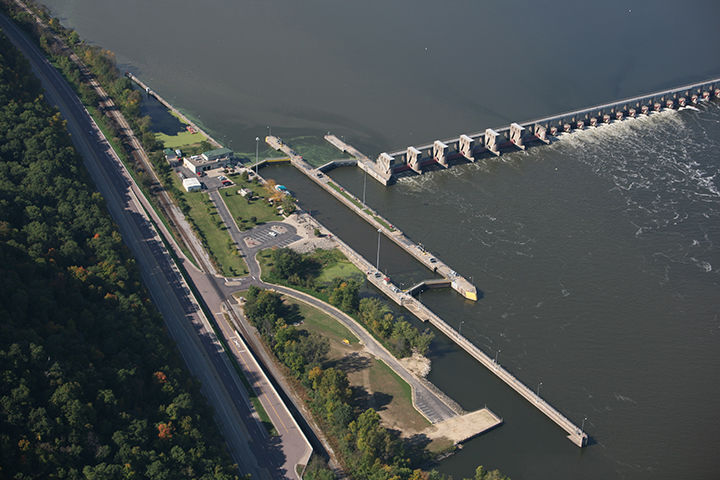