Become a Member
Read Today's E-edition
Share This
Throwback Thursday: A law to protect mayflies?
0 Comments
Share this
1 of 2 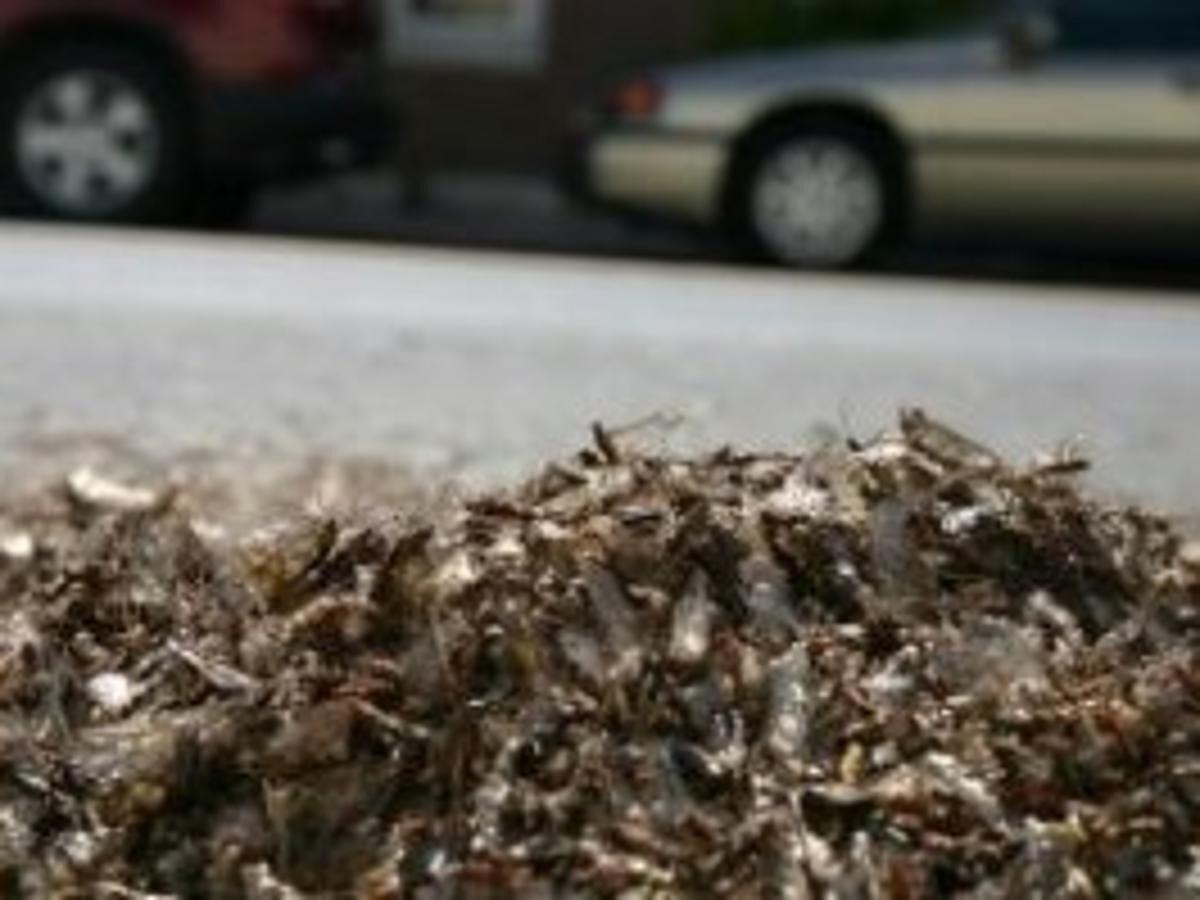 Piles of mayfly corpses create a smelly mess the morning after a big emergence. 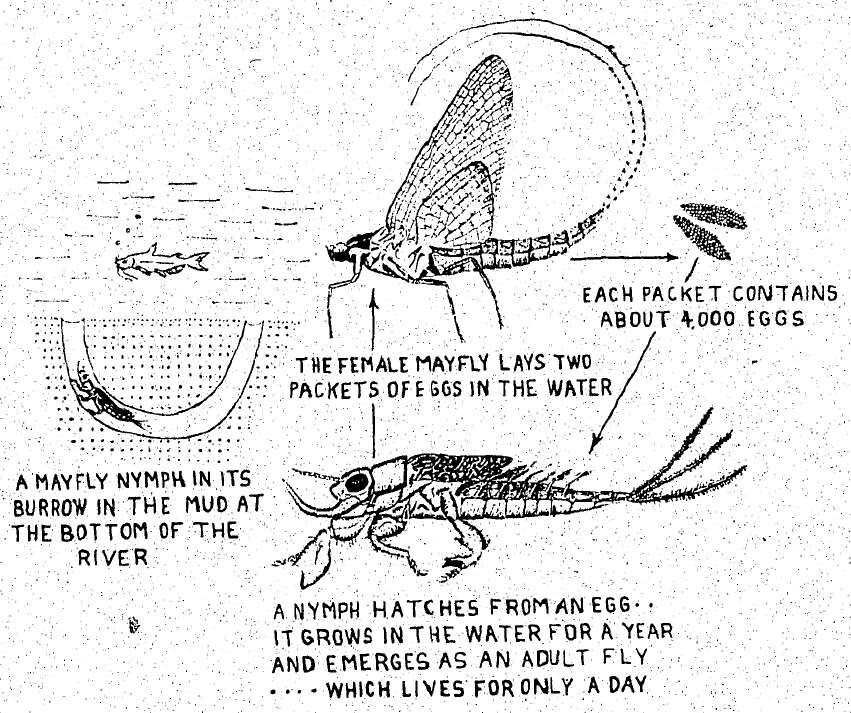 Life cycle of the mayfly.

This story was first published in the Winona Daily News on July 13, 1961. The editor's note prefacing the original story read: Dr. Calvin R. Fremling, assistant professor at Winona State College, recently received a $7,100 grant from the National Science Foundation for research on the mayfly, an insect which appears almost simultaneously along a 500 mile stretch of the Mississippi River.

Here he describes the life cycle of the mayfly and tells one useful purpose it serves. In a later article he will write about the results he has achieved so far in his study of the mysterious insect.

The most colorful and descriptive names for the insect are those bestowed upon them by the crews of towboats when swarms blot out their search lights. Unfortunately, these names are too robust to be printable. The most universally accepted name is "mayfly" and biologists the world over know the flies by this name.

Over 50 species of mayflies occur in the Winona area. They range from the size of a mosquito to over an inch in length. Regardless of their size or color, all of our mayflies have two characteristics by which they may be recognized: The wings are held sail-like over their backs, and they have two or three long filament-like tails. All winged mayflies are adults and have reached their maximum size. Small winged-mayflies do not become large winged-mayflies.

All mayflies spend most of their lives in the water as aquatic nymphs, immature wingless forms. The nymphs do all of the feeding and the adults, having no mouths, do not eat at all. They fly up from the water only to mate, lay their eggs and die, usually within 24 hours.

The most cussed and discussed mayfly in this area is a large form called Hexagenia. The first individuals to appear in the summer are usually yellow and those which appear later are various shades of gray. By sheer numbers they make bridges impassable, plug sewers, form evil smelling drifts and blind motorists and towboat pilots.

Why are mayflies so abundant? Where do they come from? How do they propagate? What are they good for?

At dusk on certain summer evenings large swarms of mayflies hover in the lee of trees and buildings. Like miniature helicopters the insects hover in fixed positions with their, long tails spread as balancers. These are all male mayflies. They are performing a mating dance, waiting patiently for females to pass through the swarm.

The males are well equipped to ogle the females. Each eye of the male is divided into a lower half, which is used during the day when the light intensity is high; and an upper half, which is a night eye. This adaptation allows the male to see the female at dusk. The male recognizes the female by her deliberate flight pattern as she flies through the swarm. He seizes her and together they fly from the swarm.

After her eggs have been fertilized, the female returns to the river, where she deposits two white egg packets on the surface. Upon contact with the water, the packets disintegrate and about 4,000 eggs sift slowly downward from each one. Having thus provided for next year's mayfly crop, the adults die within a few hours.

The tiny eggs adhere to the river bottom. If they have landed in a favorable place, they hatch in about 15 days. The newly hatched grub is smaller than the period at the end of this sentence.

Hexagenia is well adapted for its underwater existence. On either side of its abdomen it has a row of feathery gills for breathing. The front legs are mole-like and they are used as shovels to dig a burrow in the river bottom.

Hexagenia's burrow has both an entrance and an exit. The nymph circulates water in one end of the burrow and out the other by means of undulating gill movements. Eating plant debris and mud, the nymph slowly grows larger

Like all other insects, Hexagenia sheds its skin each time it becomes too tight, and, by the time the nymph has become an inch long it has shed its skin more than a dozen times. The mayfly lives as a nymph in its burrow at the bottom of the river for about a year. The nymphs prefer muddy bottoms and concentrations of 45 nymphs per square foot are not unusual.

Mayfly nymphs are very important as food for river fish. The nymphs are the principal food of the catfish, white bass, paddle fish, crappie and sheep’s head. In Michigan the nymphs are dredged and sold to ice fishermen as bait. At one time it was thought that laws would have to be passed to protect the mayfly in some areas lest they be exterminated by bait dealers.

On a certain summer night in response to some unknown environmental force, the year-old nymphs simultaneously leave their burrows and swim to. the surface where they shed their skins again. But this time they have wings! The discarded nymphal skins float on the water and often form small brown drifts where they are washed up by the waves.

Once freed from their old underwater skins, the mayflies fly to shore where they festoon the trees and shrubs. The fly's only purpose at this time is to perpetuate the species. The female is virtually a flying egg machine.

The flies will neither eat nor drink because they have abandoned such heavy, useless structures as jaws. The digestive, tract, not needed now for feeding, is modified into a buoyant air bladder. People who have stepped on mayflies may have heard the snapping noise caused when these bladders burst. The newly emerged flies are dull in color and their wings are cloudy and translucent.

Hexagenia remains almost motionless in the shade for most of the next day. In the afternoon, however, a curious thing happens. The winged adult sheds its skin one final time — it is the only insect which does this.

The insect is now lighter in color, its markings are more distinct and its wings are transparent. Thus outfitted in evening dress, Hexagenia is ready to go courting.

The mating activity climaxes a drama which has been slowly unfolding for a year. Hexagenia has lived in the mud at the bottom of the river for a year and has lived as an adult for a day.

I have found in my research that mayflies emerge from the Mississippi River every 10 days or so, even though they are not always noticed, Furthermore, it seems that when mayflies emerge at Winona they are emerging simultaneously from Minneapolis to St. Louis.

What force coordinates this mass activity which encompasses 500 miles of river? Is it water temperature, river stage or possibly phase of the moon? Do flies also emerge simultaneously from Minnesota's lakes and other rivers? Do mayflies possess a "biological clock" of some kind? At the present time we are able to predict only approximately when an emergence will occur.

As the recipient of a National Science Foundation research grant I propose, to determine what environmental factors trigger mass Hexagenia emergences. A subsequent article will deal with some interesting results which I am obtaining in this research.

Watch Now: What will it take to keep schools open?

Piles of mayfly corpses create a smelly mess the morning after a big emergence.

Life cycle of the mayfly. 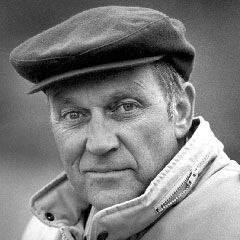 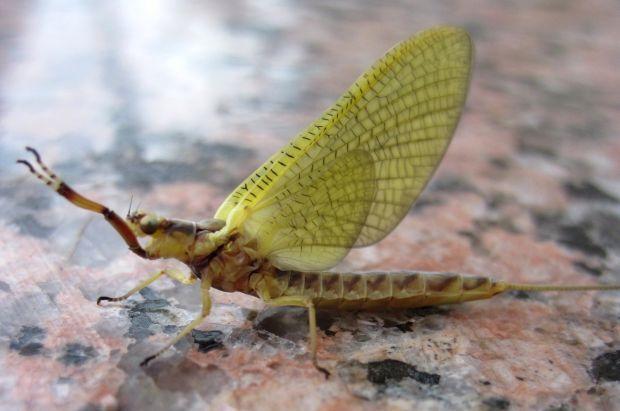