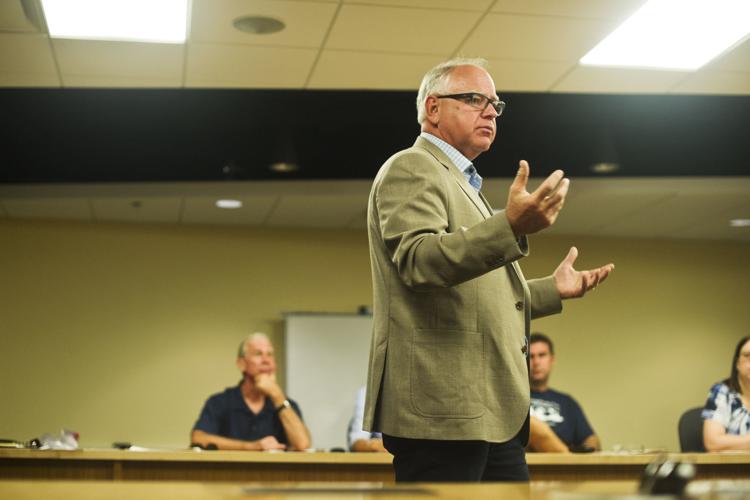 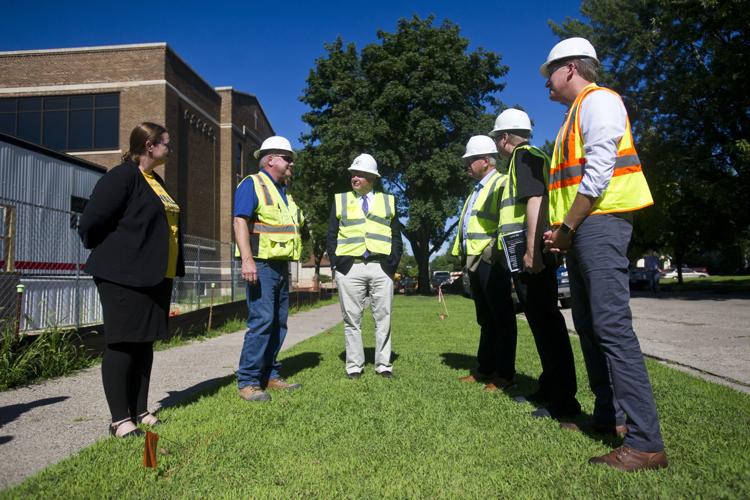 U.S. Rep. Tim Walz, among the favorites in Minnesota’s race for governor, vowed to bring additional support and meaningful reform to the state’s educational system during a visit to Winona State University on Tuesday.

“We need to start investing in people … and we need to give every child access to a quality education,” said Walz, who met with residents and educators for an hourlong forum at Maxwell Hall, before touring the still-under-construction Education Village.

“There’s this sense that people want a government that will actually function,” he said. “If you’re worried about the future, just create the one you want. I want to hear from you. How do we create that future in education?”

Walz, who taught high school social studies before winning a seat in Congress, lamented the ways education has changed since his career in the classroom, saying school districts and teachers are expected to do far too much with far too little.

The Democrat called the process of passing a bond referendum “a devil’s bargain,” and said the state Legislature must invest more money in helping school districts repair and upgrade their buildings.

“We can’t put you in a situation to either fix the roof or cut the band program,” Walz said.

Districts, he added, also need the resources to attract and retain quality teachers. It’s a shame, he said, that modest pay so often pushes educators toward a new job or career.

“The question I ask is: Would you tell your own children to get into this profession?” he said. “One thing the governor can do for free, every day, is talk about the nobility and importance of education, trying to change that narrative.”

Walz joined state Rep. Gene Pelowski, who was at Winona State to throw his support behind Walz, in emphasizing the role of technical colleges as a pipeline for the local workforce.

When he was in school, U.S. Rep. Tim Walz was asked to interview an elder about the launch o…

Pelowski has authored a bill that would transfer all technical colleges in the Minnesota State Colleges and Universities system to entities in the K-12 public school system.

According to Pelowski, the change would give young people an earlier start in learning trades and vocations, easing their transition into the workforce and helping solve the worker shortage that has long gripped the region.

“The days of pitting one piece of education against another piece of education are over,” said Walz, who indicated that, if elected governor, he might support such a bill. “I’m a firm believer that the liberal arts are fundamental to the function of a democracy. We wouldn’t be taking any of that away.”

Walz, who has represented southeastern Minnesota in Congress since 2007, has strong support among Minnesota’s education community -- no surprise given his background.

Pelowski, who recently chaired the Legislature’s higher education committee, said he has no doubts that Walz would fight for Minnesota’s best interests, especially in the area of education.

“You should elect Tim Walz,” he said. “And he needs people in the Legislature to make sure these bills pass.”

Added Jennifer Chernega, president of Winona State’s Faculty Association and a fellow Walz supporter: “We need a governor who understands the challenges and opportunities in education.”

Once viewed as the frontrunner on the DFL side of the governor’s race, Waltz is facing stiff competition from attorney general Lori Swanson and state Rep. Erin Murphy, the latter of whom earned the party’s endorsement.

A winner will emerge after state primaries on Aug. 14.

“We’re feeling really good,” Walz said Tuesday, when asked what he thinks of his chances. “I have a history of collaboration, of bringing people together. I think that’s what people are looking for.

“I’ll stand on my own values very strongly … but it’s important we work around a common goal. It’s the people of Minnesota where the ideas will come from.”

Foundation of the future

“I’ll stand on my own values very strongly … but it’s important we work around a common goal. It’s the people of Minnesota where the ideas will come from.”

ELECTION 2018: Our stories on Minnesota candidates who came to Winona

The road back to the Minnesota Governor’s Residence took Tim Pawlenty through Winona on Tuesday, as the former governor made his first public …

These are the Most Popular U.S. Cities to Move To

These are the Most Popular U.S. Cities to Move To