He brightened everyone’s mood. He had big plans for his life, his future, and big ideas on how he would accomplish them.

“He always had an eye for the future,” said his mother, Carol Daul-Elhindi. “He wanted to go to Harvard.”

Mental illness wasn’t in those plans.

At 14, the Winona boy took his own life.

Within two months, and the use of two different medications, Solomon transformed from the kid everyone knew and loved to someone else entirely, his family said.

They weren’t ready for his name to stop being spoken, his song to be silenced.

Solomon’s parents, Carol and Mohamed, along with their daughter and son, Samuel and Taycier, know his story can make a difference in other’s lives, can advocate for dialogue and resources around addressing mental illness and suicide prevention.

So a few months ago they founded a nonprofit called Solomon’s Song, which will hold its first fundraiser in August. Both Carol and Mohamed have turned their focus to the work, with Mohamed set to step down Thursday as chair of the Winona Area Public Schools board halfway through his term.

The fundraiser, set for Aug. 13, will feature a fun run, a slip-n-slide, family-friendly activities and more.

The idea is to bring joy to all participants, the kind of joy Solomon once infused the world with, until everything changed.

Solomon loved unconditionally. His family. His teachers. The world.

As a younger child, he cared so deeply for one teacher that he painted “I love you” on a rock and gave it to her. His kindness touched her so much that she kept the rock for more than 10 years, only parting with it to give it to his parents at his funeral.

He once convinced his family to save up pennies and change to buy a goat for a family in Africa.

At school, he went out of his way to accept kids who were pushed to the sidelines.

He wanted to do whatever he could for people who went hungry.

He told his family he loved them. All the time.

“He was one of those kids that just felt everyone else’s pain,” Carol said. “He was a gentle soul.”

He was also a prankster, always after a laugh.

“That’s where his joking and humor came in, because he could sense that somebody wasn’t happy and he wanted to change the situation and make it lighter,” Mohamed said.

One year on April Fool’s Day, while Mohamed was in the shower, his nice clean work outfit on the bed, Solomon rigged the fan above the bed to turn on when the light switch was flicked. On top of the fan blades Solomon had piled flour.

It wasn’t long before Mohamed shouted Solomon’s name, but when he caught him, his son had a ready explanation.

“He said to me, dad, April Fool’s is an American holiday and you need to celebrate it.”

Even when Solomon was in a hospital just before Christmas for contemplating suicide, he made a joke about his purple hospital pants and had his whole family laughing through their tears.

In November 2015, Solomon started suffering anxiety and panic attacks at school, especially over his homework.

“He would get anxious when he felt behind and that he wasn’t measuring up to the standards he set for himself,” Mohamed said.

He was prescribed an antidepressant. It didn’t help. He started experiencing suicidal thoughts. He told his parents about them, promised them he’d talk if he had more.

He changed medications, with doctors continuing to increase the dose. He was hospitalized twice.

Around Christmas he seemed better, though not himself. At one point the boy who couldn’t bear to even sell one thing at a garage sale suddenly decided to throw all of his old toys and clothes in the garbage until they spilled over the container.

An autopsy showed he had toxic levels of an antidepressant in his body, even though he was taking the prescribed amount — his mother had locked the prescription away and taken the key to work, just to be sure.

At first, the family wasn’t sure where to direct their grief. Carol was angry with Solomon’s caregivers, with pharmaceutical companies.

One night she came home to find Mohamed lying on Solomon’s bed.

“If there was anything we could do to bring Solomon back — giving my life —whatever it is, I would do it,” Mohamed said.

In the sorrow of that moment they found clarity.

If anyone ever had a plan, it was Solomon, and they knew theirs was to look forward, and help others. They decided they needed to channel their energy into something positive. Something Solomon would have done.

There are any a number of things they want to address with Solomon’s Song.

Get more funding to schools for programs on mental health and suicidal awareness. Provide families with a toolbox of information and resources for when they’re struck by the sudden onset — or gradual one — of mental illness. That includes information on medications, therapy, and other support systems.

Most important is helping change the messages and culture around mental illness.

Part of the reason Solomon’s death took so many by surprise is because Solomon didn’t want anyone to know he was struggling.

“It’s a flaw in chemistry, not in character,” Taycier said, but Solomon was too embarrassed to speak out.

That includes continuing the conversation on mental illness and suicide prevention in the Winona community, which has seen the loss of multiple teenagers to suicide in recent years.

“This small community has been touched by suicide so much,” Carol said.

“We’re used to the thought of someone ending their life,” Taycier said. “Instead of being used to it, it’s time for a change. We need to talk about it.”

Not every person’s mental illness is the same, the family said, each person’s story is different.

“What we need is the community to get together and learn from each other and help each other,” Mohamed said.

The nonprofit is only a few months old and is still very much in need of community support, in the form of attendance at events, donations, ideas for future events, maybe some help with grantwriting.

The first event will be a Super Soaker walk/run around west Lake Winona on Saturday, Aug. 13. Solomon’s friends and teammates will be posted around the lake with squirt guns to drench participants as they pass. There will be a bounce house, blow up obstacle course, dunk tank, music, food, and a 34-foot long slip-n-slide finish line. All proceeds will go toward programming for mental health awareness, suicide prevention and celebrating diversity.

The playfulness, excitement — and the use of Super Soakers — would have been right up Solomon’s alley, his family said, all part of his plan.

“He would have definitely been there,” Carol said. “I think the kids are going to have a really great day of not only remembering Solomon, but having fun.”

They hope to also have mental health professionals available with booths to give the opportunity for participants to ask questions and start conversations.

“All our stories are different, but we all have similarities,” Taycier said. “If we don’t talk about life in general, mental illness in general, no one’s going to ever learn that we all aren’t that different.”

Details: Tickets are $20 per person or $15 per person for a full team registration. Visit solomonssong.org for more info.

“We’re used to the thought of someone ending their life. Instead of being used to it, it’s time for a change. We need to talk about it.” — Taycier Elhindi

The top stories of July 12-17: Winona barge traffic way up; Winona teacher headed to India; and more, in your weekly edition of the Daily News…

The week's top 10 (or so) Winona stories in review: Protecting area waterways; a family's response to mental illness

There are many ways to remember Solomon Elhindi.

Board Chair Mohamed Elhindi presented Vice Chair Ben Baratto with the gavel as chair of the WAPS School Board Thursday night.

Solomon’s Song, a Winona nonprofit dedicated to raising awareness of and providing advocacy for mental health and suicide issues, will present…

State Department says don't use Uber in areas around Cancun

State Department says don't use Uber in areas around Cancun 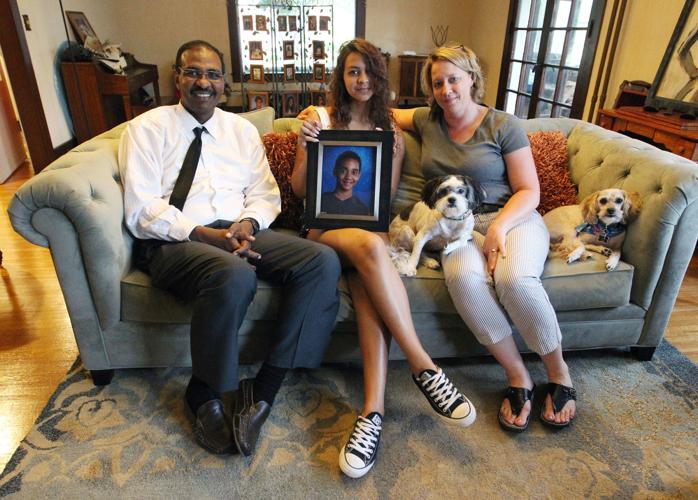 Mohamed, left, and Carol Elhindi, right, sit with their daughter, Taycier, as she holds a photo of her brother, Solomon, who took his own life in January at age of 14. The Elhindis, in honor of their son, have created Solomon’s Song, a nonprofit that aims to make a difference through advocating for dialogue and resources around mental illness and suicide prevention. 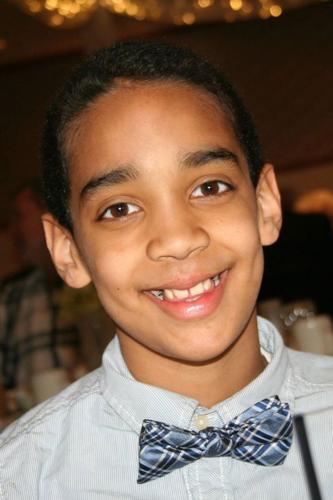