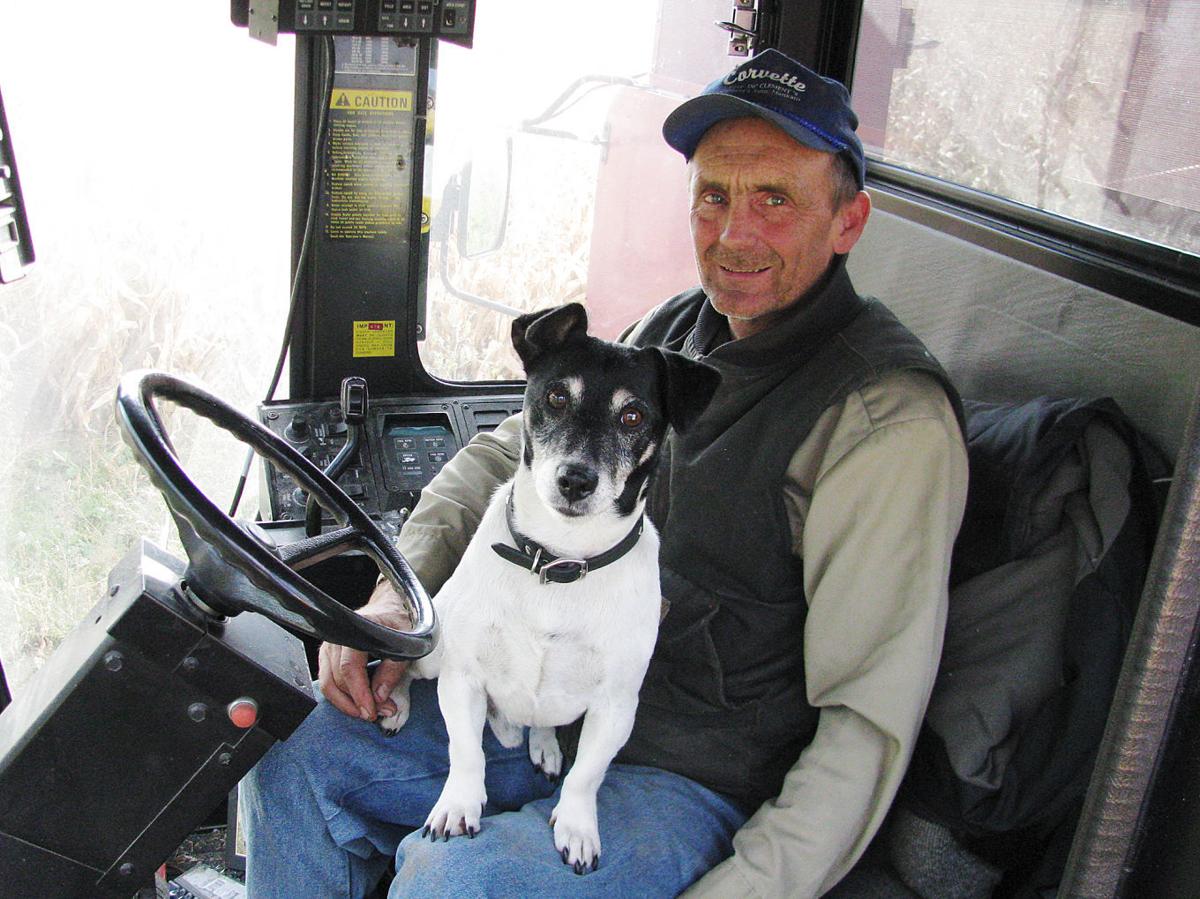 Nick Redig, a farmer on the Garvin Heights Ridge whose family is featured in the Tuesday event “Farming the Ridge: Yesterday and Today,” drives a tractor with his dog, Drover. Nick’s father, Art Redig, participated in early soil conservation efforts on the ridge. 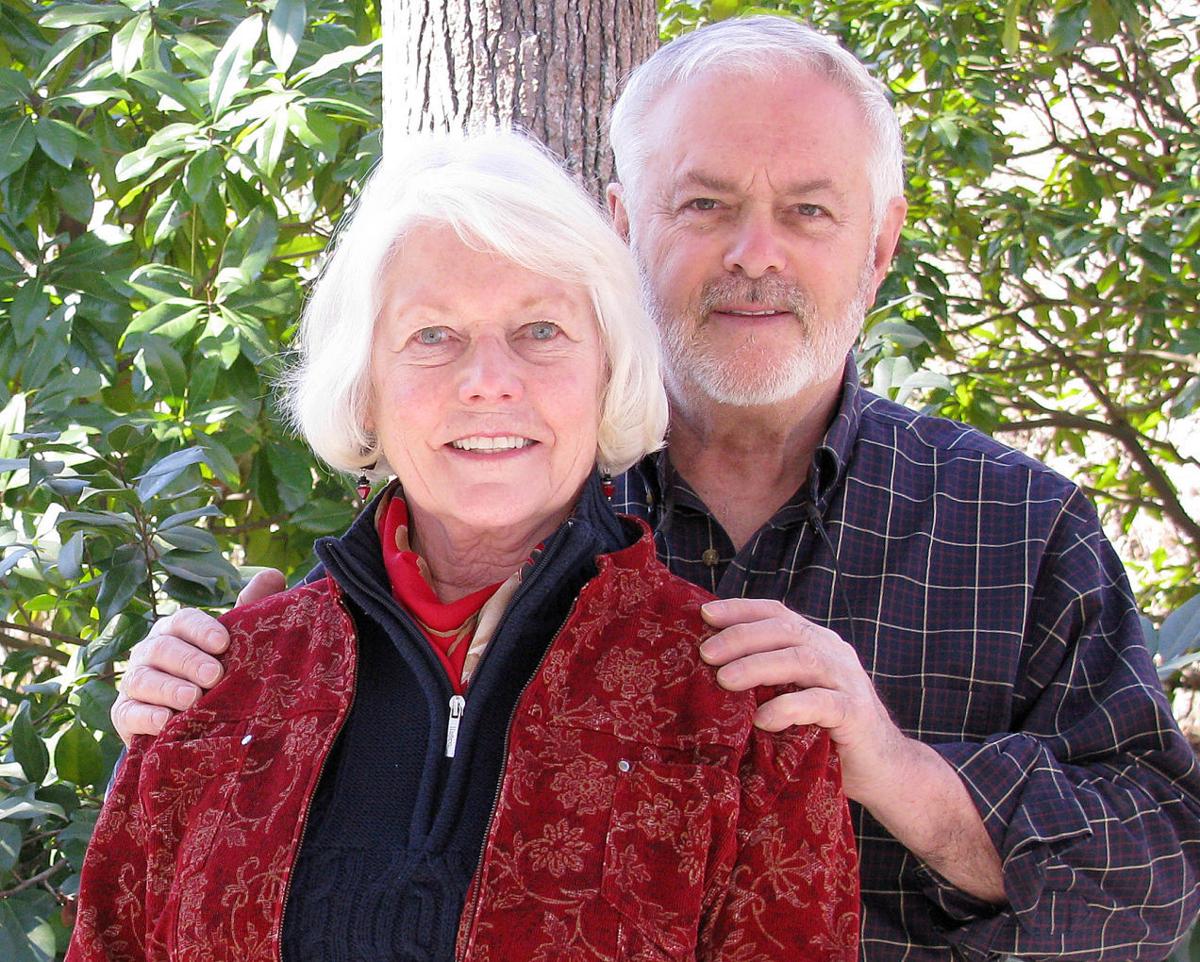 On a recent weekday morning, Ken McCullough carried stacks of cassette tapes and set them on the kitchen table in his farmhouse, straightening them so they wouldn’t topple over.

“This is my raw material,” he said, as he took a seat at the table.

There were about 30 tapes, carefully labeled and representing somewhere around 50 hours of interviews with farmers on the Garvin Heights Ridge. For the past few years, McCullough has been quietly collecting the stories, recording conversations in living rooms or kitchens similar to his own, from the farm families along Hwy. 44.

Together with other Winona artists, McCullough, Winona’s poet laureate, will present some of those stories at the Winona County Historical Society Tuesday evening at an event called “Farming the Ridge: Yesterday and Today.”

McCullough created the project after he became concerned that while many photographs of families, barns, and equipment from Winona’s past survive, their stories can be lost when the folks who know them best pass away. So McCullough, a novice in the reporting business, decided to begin knocking on his neighbors’ doors, little knowing that he’d be invited in to sit and talk for entire afternoons.

“It was amazing to me how forthcoming and welcoming people were,” he said.

Ridge farmers initially came to Winona primarily from Germany, Poland, and Czechoslovakia. Many are related through marriage and have drawn their family trees back generations. Their kids walked to one-room schoolhouses identified by numbers, some of which still stand as houses or storage sheds today.

Hard workers, they tried new farming techniques in the 1930s that laid the foundation for modern soil conservation. In their spare time, they participated in 4-H, softball league, church, and the county fair, rarely making the trek down the winding road into Winona proper.

“This is kind of like an island, in a way,” McCullough said of the ridge, where he has lived since 1998. “People don’t leave.”

Lynn Nankivil, a playwright and McCullough’s wife, said it’s not surprising to her that people stick around. Nankivil herself has lived on the ridge since the 1970s and raised horses at Sahaptin Farm, where she and McCullough live today.

“People are proud of their places,” she said. “It’s a challenge, farming up here.”

The Redig family stands out as an example of a farm family that spans generations. The event is dedicated to Art Redig, a lifelong resident of the ridge who passed away in 2013.

With his father, Redig participated in early soil conservation efforts that printed the land with the alternating ribbons of farmland, grazing areas, and trees that remain today. And it was Art’s son, Nick Redig, who, along with his trusty dog Drover, first introduced McCullough to the wealth of history on the ridge.

In “Farming the Ridge,” McCullough and Nankivil, along with musicians Betsy Neil and Mark McGuire, will present about 20 stories — including Art Redig’s — in free-verse poems, first-person narratives, and letters. The stories range from the pioneers of the early 20th century to the Hmong gardeners of today.

Teri Tenseth Market and Leslie Hittner will begin the program with a song, and William Crozier will present a brief overview of early settlement of the ridge to conclude the program.

For your average modern Winonan who’s never been a farmer, “It’s kind of like the Garrison Keillor appeal,” McCullough said of Tuesday’s event. But for folks who remember what it was like back then, it’s a valuable story that deserves to be preserved.

McCullough said his ultimate goal for the project is to get the various families’ stories down in print. He described Tuesday’s event as just a few finished pieces of a much larger quilt.

Driving along the Garvin Heights Road today, perhaps on their way to the winery or equestrian center, people only see what it looks like now — corn tassels drying in the sun, grapevines dropping leaves before winter.

But for those who’ve lived there all their lives, “There’s a template of something different underneath it, that they remember,” McCullough said.

“Farming the Ridge: Yesterday and Today” will be presented at the Winona County History Center, 160 Johnson St., Winona, on Tuesday, Oct. 28. There will be a reception at 7 p.m., and the performance will begin at 7:30.

The program is free and open to the public. This activity is made possible by the voters of Minnesota through a grant from the Southeastern Minnesota Arts Council, thanks to a legislative appropriation from the arts & cultural heritage fund.

Masks no longer required in Winona; cases slow down in WAPS while vaccinations continue locally

Masks will no longer be required in Winona, city officials announced Friday, to match the decision of Gov. Tim Walz to end Minnesota’s mask mandate.

MSCSE Class of '21: Graduating from high school and college — at the same time

This week, the Winona Daily News is shining a spotlight on four graduating students from Minnesota State College Southeast. The college will c…

Police calls for Friday, May 14: Various thefts reported throughout Thursday

Nick Redig, a farmer on the Garvin Heights Ridge whose family is featured in the Tuesday event “Farming the Ridge: Yesterday and Today,” drives a tractor with his dog, Drover. Nick’s father, Art Redig, participated in early soil conservation efforts on the ridge.