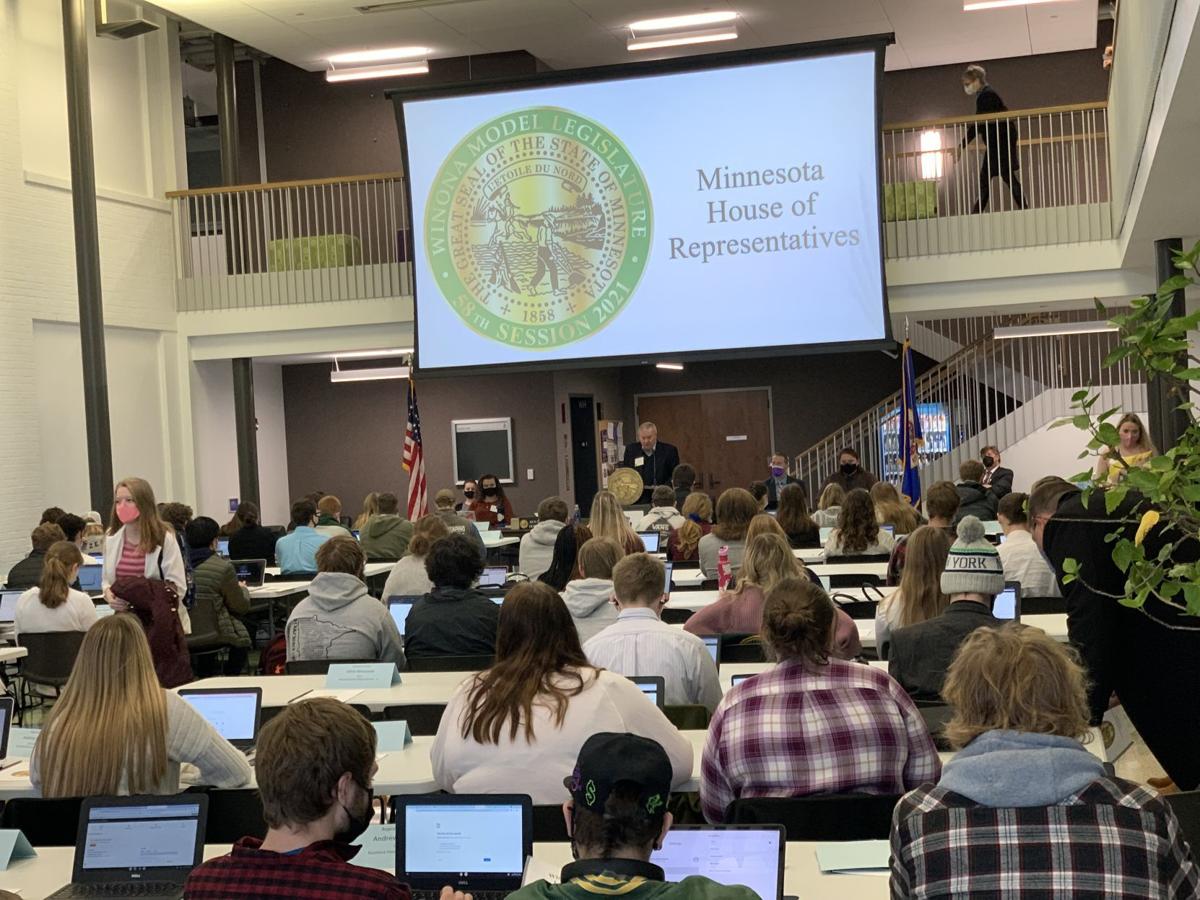 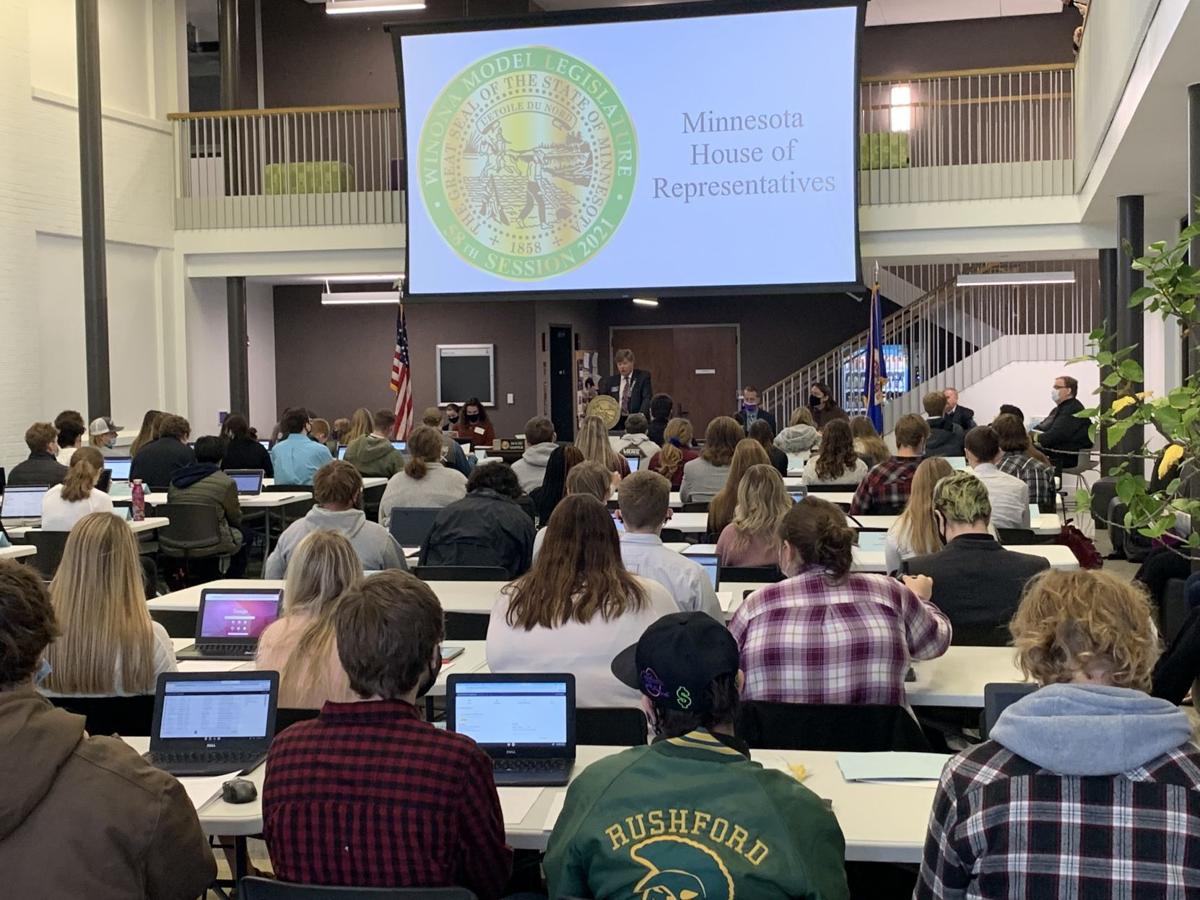 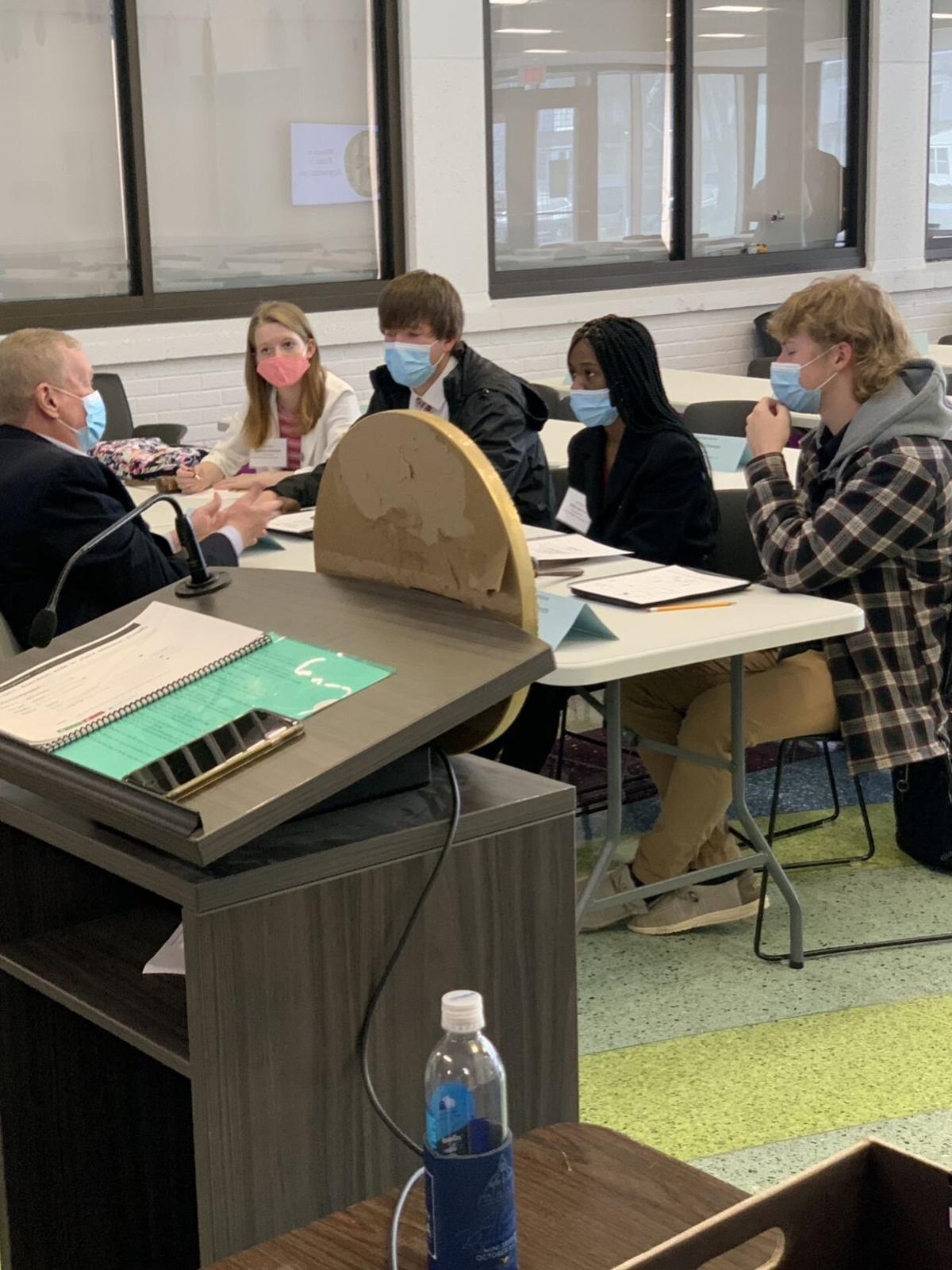 The Winona Model Legislature, which began in 1963, held its 2021 session Thursday and Friday, after a year of being virtual.

During the legislature, students were assigned to either the House of Representatives or the Senate. They also were a part of various committees, and voted on various bills.

After last year’s event was a virtual experience due to the pandemic, this year’s session was back in person and held in Diane Helble Hall at WSU’s Education Village, with many of the committees being housed in Helble Hall.

Inyka Johnson was elected Speaker of the House, Zenessa Anderson was elected President Pro Tem of the Senate, and Thomas Ekern and Carson Thompson were elected Governor and Lieutenant Governor, respectively. All four are seniors from Rushford-Peterson.

The opening ceremony was overseen by Rep. Gene Pelowski, who has been involved with the Model Legislature since 1975.

“I was hired in 1975, Norman Dahl (former department chair and mayor) was one of the persons that hired me,” Pelowski said. “And he said, ‘You’ll be teaching this and you’ll also be doing (the legislature).’ “That was my introduction into this.”

He has been proud of the expansion of the event over the years and is thankful that the program has received so much support not only from the city, but from the state government as well.

“I think the success of that has been the support locally,” Pelowski said.

Pelowski also loves that all of these students from different schools come together and work together. “You’re dealing with multiple students for multiple grades,” he said.

One thing that makes the Model Legislature unique is that the students are talking and voting on real bills that are being debated by elected officials.

Pelowski added in his remarks during the opening ceremony that the use of technology will continue to expand during the coming years at the event. All voting this year was done through a website that was used for voting on bills and elections.

Pelowski also hopes to, someday, take the concept of the model legislature to other schools and districts across the state, and it all starts with the website, https://educate.winona.edu/modelleg/

“If we can replicate this website in other areas, and have a base like Winona State we should be able to do this in other places,” he said.

One of the things that Pelowski hopes is that this event helps develop future politicians.

“We want them to get involved in public service,” Pelowski said. “These are issues that the students actually can see the change...I’ve enjoyed learning how to do legislative work in fact my interest in the legislature started with this. So I encourage my students to get involved.”

Biden says there won't be a gov't shutdown Friday

Biden says there won't be a gov't shutdown Friday