'Evil will not win, I promise you': In Buffalo, Biden condemns racism, mourns victims 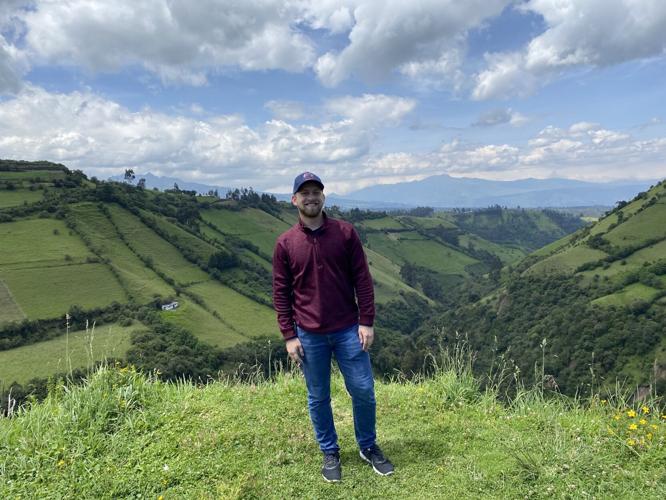 Zach Schmit in the Ecuadorian highlands near the Antisana National Park. 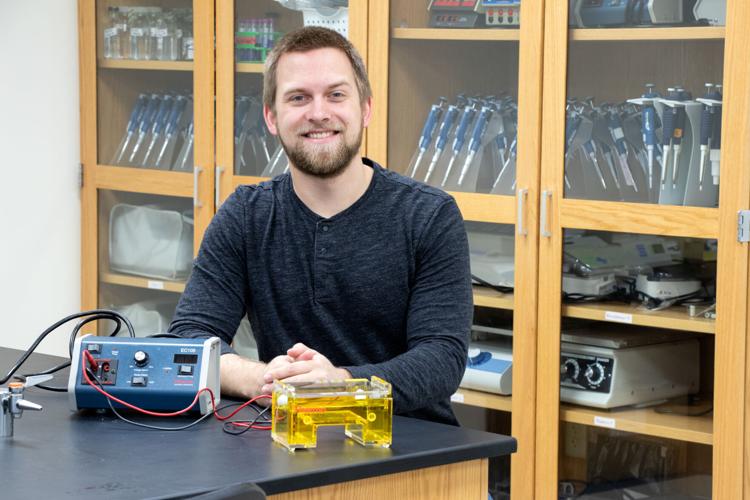 Zach Schmit has been accepted into the Mayo Clinic School of Health Sciences Doctor of Physical Therapy program, which he will begin in August.

When high school senior and aspiring medical professional Zach Schmit was considering which college to attend four years ago, he didn’t have to go far to receive good advice.

His mother, Tammy, a nursing supervisor at Mayo Clinic in Rochester, said she liked to hire Viterbo University graduates because they possess not only excellent technical skills, but great soft skills as well.

That was all the younger Schmit needed to hear. He had long envisioned himself making personal connections with patients during his future career, and Viterbo’s emphasis on ethics, compassionate care and the Franciscan value of hospitality would further his ability to do that.

Schmit, who will earn a bachelor of science degree in biology with minors in psychology and sport science, will be one of 530 candidates for graduation at Viterbo’s spring commencement ceremony Saturday at the La Crosse Center. He has been accepted into the Mayo Clinic School of Health Sciences Doctor of Physical Therapy program, which he will begin in August.

“I’m very excited, and I feel well-prepared,” said Schmit, a graduate of Winona Senior High School who is from Rollingstone, Minn. “Eventually I’d like to work as a clinician in an orthopedics or sports setting and conduct research in biomechanics (the study of human movement). The field of physical therapy still has room to grow, and I would like to be part of that process and serve my patients the best way I know how.”

Originally planning to be a physician, Schmit decided physical therapy was a better fit because of the amount of time he could invest in his patients. He explained that doctors often only get to spend 10 to 15 minutes at a time with patients, giving them “a snapshot” of a person. A physical therapist, however, can spend 45 minutes twice a week for 12 weeks with a patient.

“I’ll be able to make a deeper connection, learn about their life story and be better able to treat the holistic person,” Schmit said.

As he prepares to graduate from Viterbo, Schmit looks back on his time at the university with a great sense of satisfaction.

“I couldn’t have asked for a better college experience,” he said. “I’ve had the opportunity to conduct research that has been very beneficial to my education, and the relationships you form with the professors here is truly phenomenal.”

Schmit’s time at Viterbo happened to begin in the best possible way. As a high school senior, he was selected to compete in the university’s Health Science Scholarship Competition. This event is Viterbo’s most prestigious and features many of the best and brightest students from a multi-state area. After a day of exams and interviews, Schmit was named the winner, earning him a four-year, full-tuition scholarship.

“Zach is a talented, humble and generous young man,” said biology department faculty member Scott Gabriel, who got to know Schmit well during the last four years. “He demonstrates a profound drive and curiosity for knowledge in all things, but especially in topics related to his chosen career of physical therapy. Just as importantly, Zach has shown both in and out of the classroom that he possesses a keen awareness of the needs of others around him and a desire to help where he is able.”

Very involved on campus, Schmit has served as the president of the Viterbo chapter of the Beta Beta Beta National Biological Honor Society, as a campus resident assistant for three years and as a member of the honors program leadership board.

“Honors program students are a close-knit community, sort of a family really,” Schmit said. “We push each other to be the best we can be academically, morally and spiritually. I’ve made many friends and had many wonderful times in the honors program.”

One final highlight of Schmit’s time at Viterbo was a biology study abroad trip to Ecuador and the Galapagos Islands this past January. The 11-day adventure was part of the class “Tropical Ecology” and featured visits to historical and biological sites (such as the Cloud Forests and Antisana National Park) as students conducted research and observed and measured biodiversity within different ecosystems.

The Galapagos Islands portion of the trip was filled with snorkeling, hiking and visiting locations such as the Charles Darwin research station, several lava tubes, turtle breeding habitats and shoreline observations that included iguanas, penguins, many types of crabs and fish.

“The trip was incredible,” Schmit said. “We were able to learn so much and see amazing sights we would never have been able to see without this Viterbo-sponsored trip.”

Schmit’s Viterbo career ended much as it began — with an award. He was honored with an Outstanding Student Leader Award by the university.

“I’m going to miss Viterbo a lot,” Schmit said. “I had such a wonderful experience at the university and have made life-long friends. It’s tough to leave, but I won’t stay a stranger for long if I can help it.”

In Photos: The Tribune's favorites from April

A Winona woman was arrested for DWI on Wednesday night.

The Buffalo County Sheriff’s Department responded to a shots fired call early Friday morning in the Town of Buffalo.

After 36 years of teaching Auto Body Collision Technology at Minnesota State College Southeast in Winona, Tom Brandt is handing over the keys …

Winona County returned to a high COVID-19 community level as of Thursday, the county’s Department of Health and Human Services reported.

To better position itself financially for long-term sustainability and success, as higher education continues to experience increasing competi…

3 individuals taken into custody after standoff in Onalaska

A standoff with police Tuesday afternoon resulted in three individuals being taken into custody.

Motorists in Winona are reminded that access to East Lake Boulevard and Sugar Loaf Road from Highway 43/Homer Road will be closed, as well as …

Nine high school seniors were honored and received college scholarships Wednesday night through the Winona Daily News’ Above & Beyond program.

An Alma man was arrested for DWI on Wednesday night.

How the Buffalo supermarket served as a 'lifeline' in the community

How the Buffalo supermarket served as a 'lifeline' in the community

North Korea deploys army as WHO expressed ‘concern’ over COVID

North Korea deploys army as WHO expressed ‘concern’ over COVID

Zach Schmit in the Ecuadorian highlands near the Antisana National Park.

Zach Schmit has been accepted into the Mayo Clinic School of Health Sciences Doctor of Physical Therapy program, which he will begin in August.