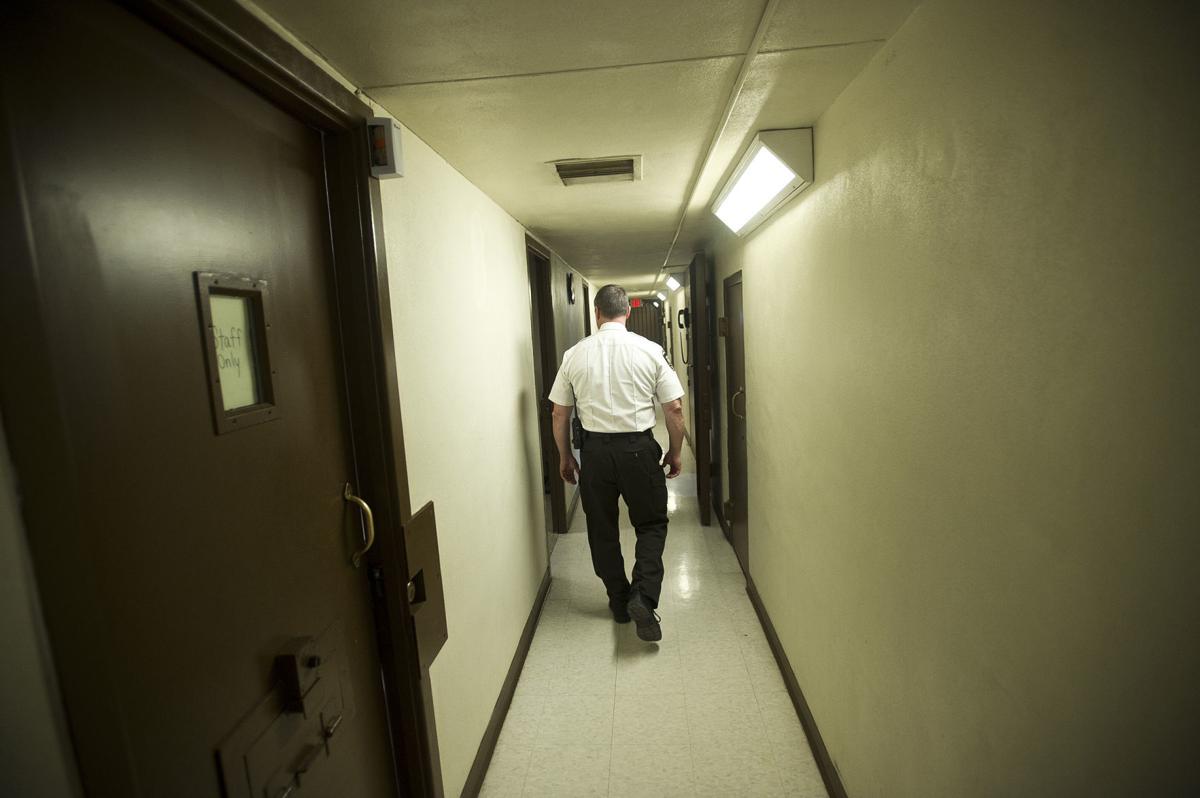 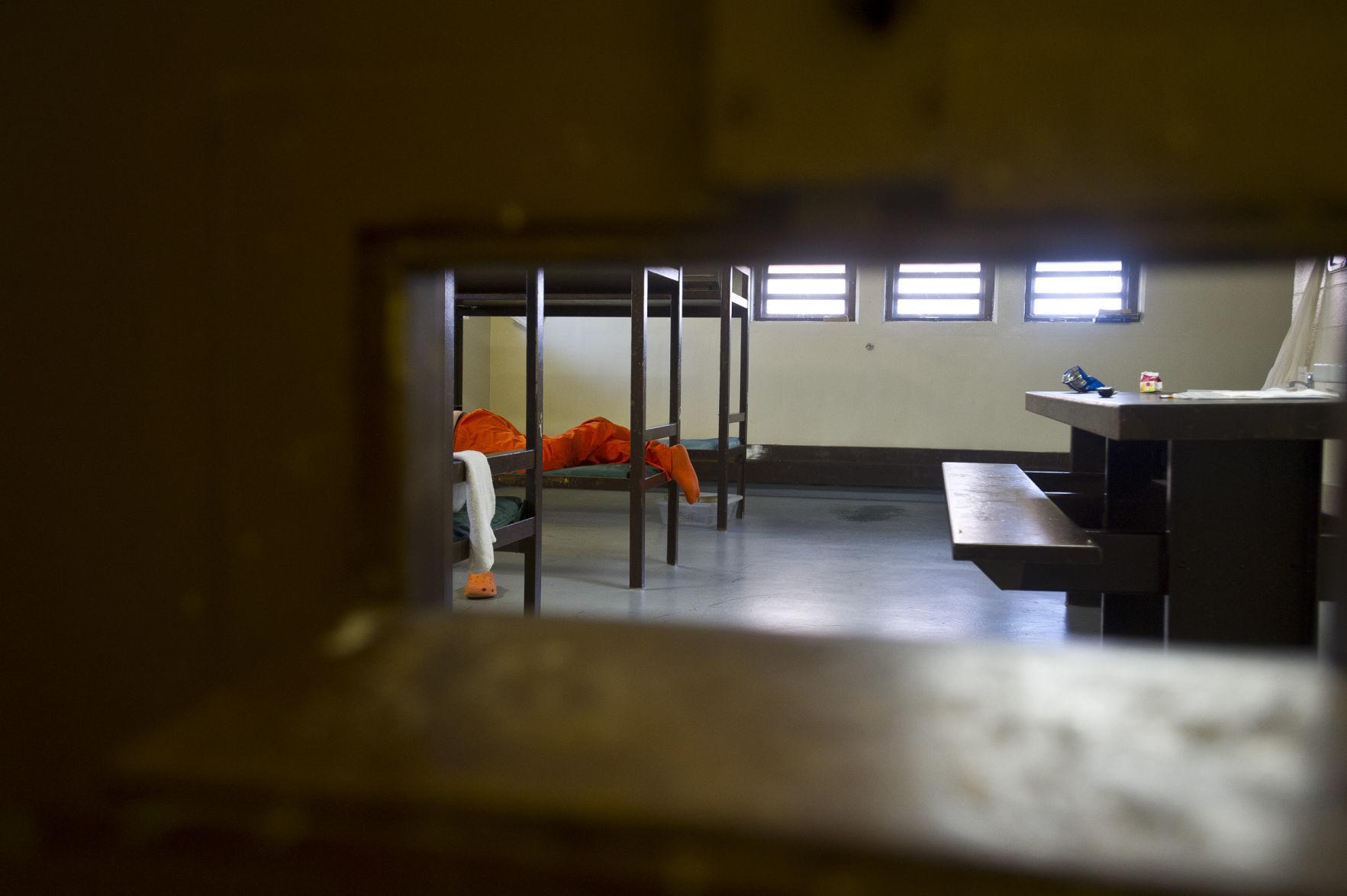 A Winona County Jail inmate lies in bed during a tour of the facilities in October. 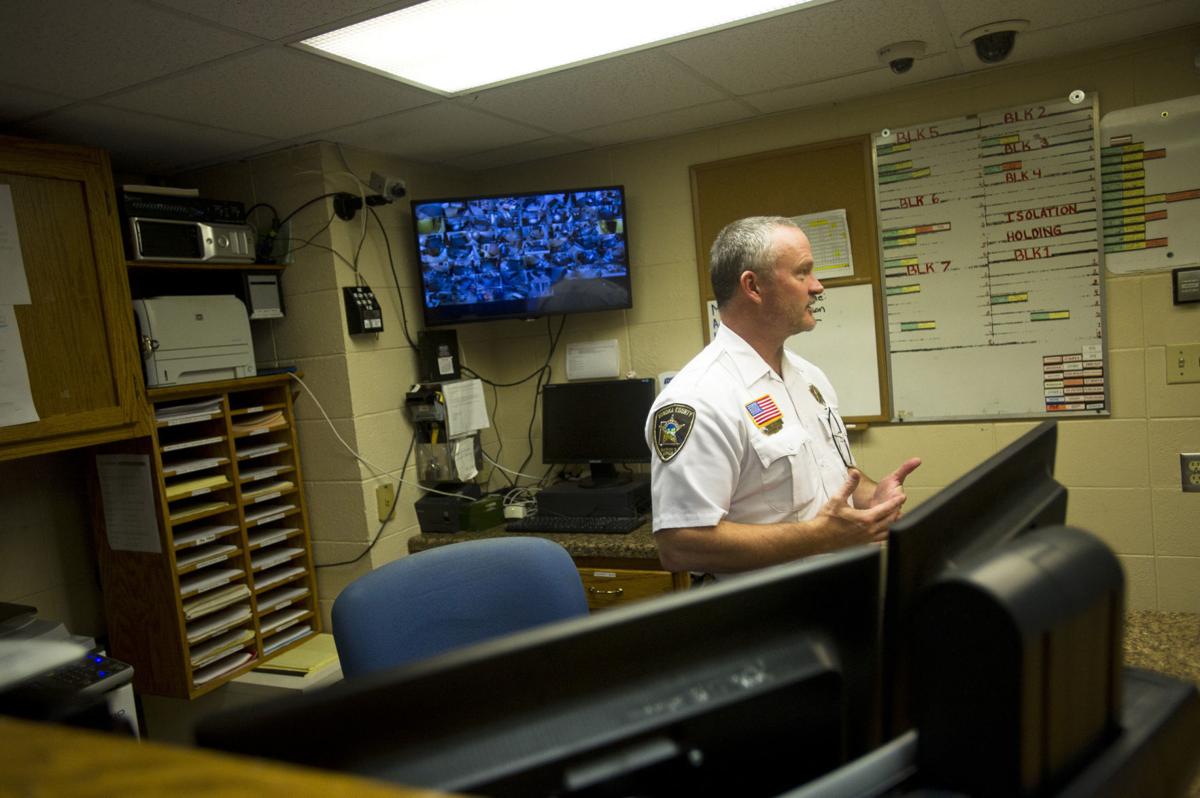 Winona County Jail administrator Steve Buswell stands in the receiving area of Winona County Jail during a tour of the facilities earlier this year. After decades of noncompliance and substandard inspections, the DOC announced it would close the county jail in 2021. 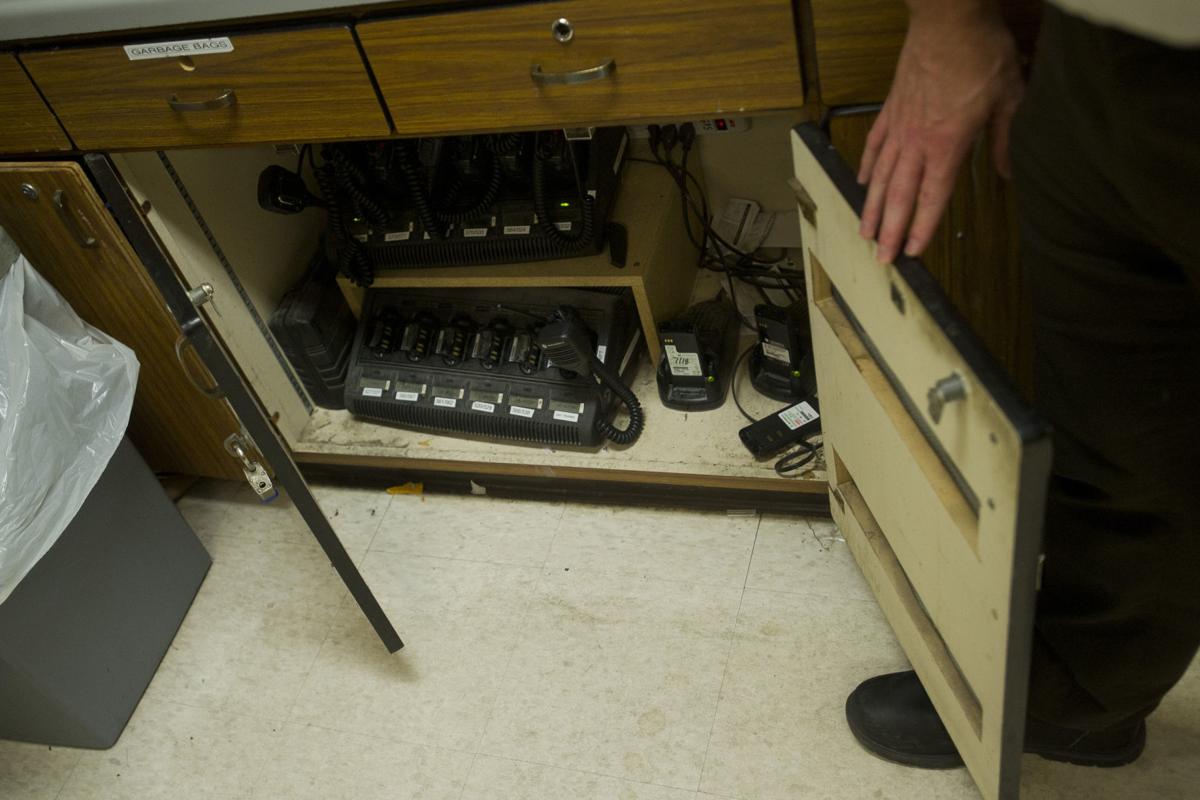 Radios charge in cabinet inside the Winona County Jail inside a room that was once used as a kitchen.

The clock is ticking for the Winona County Jail.

In early September, the Minnesota Department of Corrections announced that as of Sept. 30, 2021, the now 40-year-old facility will no longer be authorized to hold inmates.

“Due to numerous deficiencies noted throughout this letter and in the most recent inspection reports, and the lack of adequate options to address these deficiencies,” the DOC memo read, “the Department of Corrections has determined the next course of action to be a ‘sunset authorization.’”

The sunset authorization, which comes after decades of noncompliance with DOC regulations, puts the county on notice that it has three years to address the substandard facility.

The DOC cited the county’s failure to address the jail’s lack of adequate medical, booking, housing, recreation and programming space, along with a slew of security issues in its justification for sunsetting the facility.

According to County Administrator Ken Fritz, the solution, however, isn’t as simple as building a new jail.

“The County has to do something. We need to address the deficiencies in the current facility,” he said, adding that the Jail Advisory Committee still needs to determine what the county’s needs are for a jail.

Fritz said while it may sound simple to build a new jail, there is a lot to consider.

“There are a lot of moving parts,” he said. “We’ve got to address the issues that are surrounding the jail and that path isn’t clear yet.”

Fritz said one of the biggest considerations is how long the county wants to hold inmates.

The Winona County Jail currently can house inmates for up to 90 days before they have to be transported to a Class 3 facility in Wabasha or Houston County.

Other considerations include whether or not the county will be able to use the existing jail and what kind of programming that the county wants to offer.

Fritz said the county Jail Advisory Committee is working to nail down these needs before the end of the year.

He expects the committee will present its findings along with options for addressing the DOC concerns in early 2019.

However, according to Jail Administrator Steve Buswell, who has worked in the jail for the last 32 years, the majority of the DOC’s concerns are related to how the building was built and aren’t easily remedied.

Built in 1977 and opened in 1978, the jail was built to fit the needs of the criminal justice system of the past.

The same year the facility was opened, the DOC announced new guidelines based on the best practices. Winona County’s jail was already behind the eight ball.

Buswell said the because the facility was newly constructed, it avoided the DOC’s ire for decades as jail staff managed the issues the best they could.

In the early 1990s, with the jail population well past its intended capacity and many inmates having to share cells, the DOC began pushing the county to either by bringing the building back into compliance or build a new facility.

In 2003, the county hired Rochester-based architectural firm TSP to provide an estimate for a 45,000 square-foot jail that could fit in the parking lot. The county, however, never moved forward on the project and instead instituted a stop-gap measure in agreement with the DOC.

The county would convert the jail’s basement floor into a minimum security annex. In exchange, the DOC granted the county a five-year grace period to address their concerns.

“The annex was a huge asset,” Buswell said.

However, in 2010, the county wasn’t any closer to solving the problem.

Despite the building’s limitations, Buswell credit’s his staff for making the jail work for so long.

He worked with his staff to convert kitchens into workspace, rec rooms into nurses offices, the basement into an annex, the list goes on.

Buswell said it still doesn’t change that the facility isn’t secure and that there is significantly more staff required to keep the building safe.

He said while other jails can operate safely with as few as one officer for every 40 inmates, the Winona County Jail’s narrow hallways, poor sight lines and lack of sally ports cut that ratio to 1-to-25.

Fritz said once the county board decides how to proceed, an architectural firm would be contracted to develop a more detailed site plan.

The public will have opportunity weigh in on the future of the Winona County Jail during a summit Thursday night in the Winona Middle School commons.

The future of the Winona County Jail is beginning to take shape.

Winona County could be getting a new jail if the Winona County board moves forward with a Jail Advisory Committee recommendation released last week.

A Winona County Jail inmate lies in bed during a tour of the facilities in October.

Winona County Jail administrator Steve Buswell stands in the receiving area of Winona County Jail during a tour of the facilities earlier this year. After decades of noncompliance and substandard inspections, the DOC announced it would close the county jail in 2021.

Radios charge in cabinet inside the Winona County Jail inside a room that was once used as a kitchen.