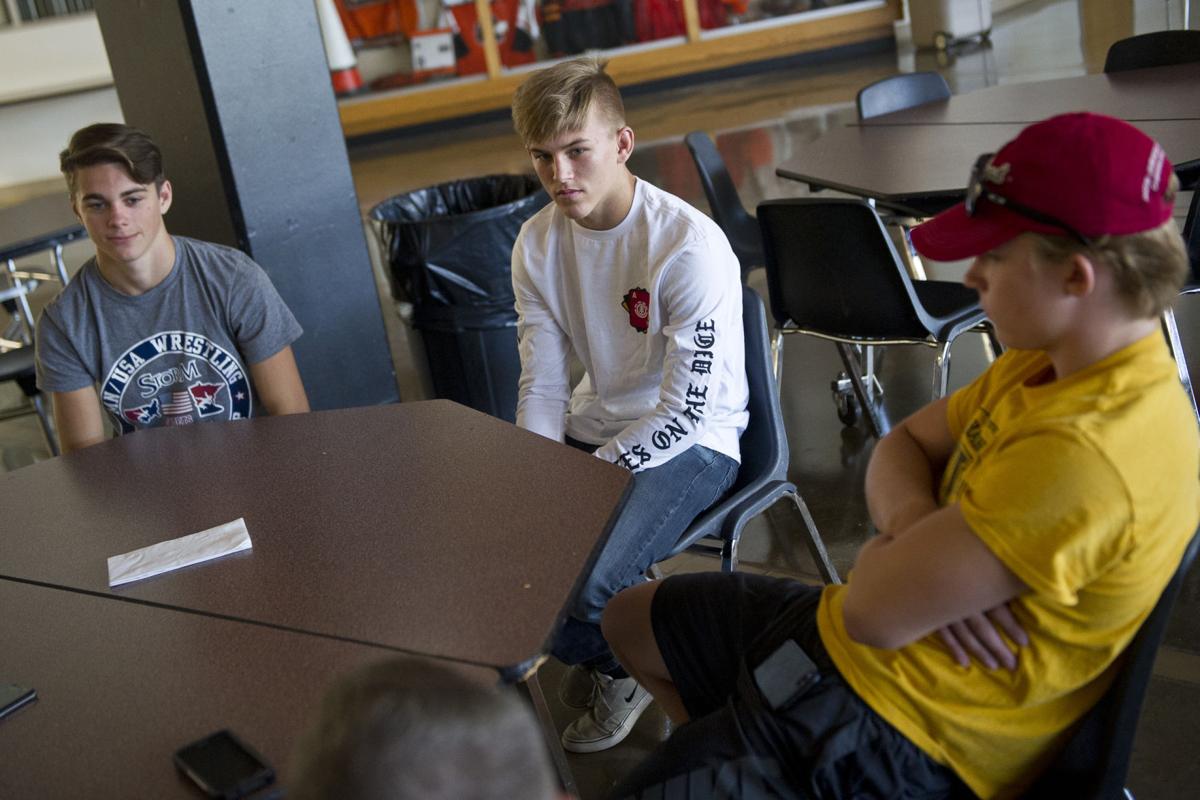 From left to right: Evann Fabian, Eli Fabian and Jack Vaselaar share stories about Ethan Fabian, who was killed Tuesday after being struck by a vehicle while riding his bike in Winona. Ethan's brothers and friends say he loved wrestling, Dragon Ball Z and just about everyone he met. 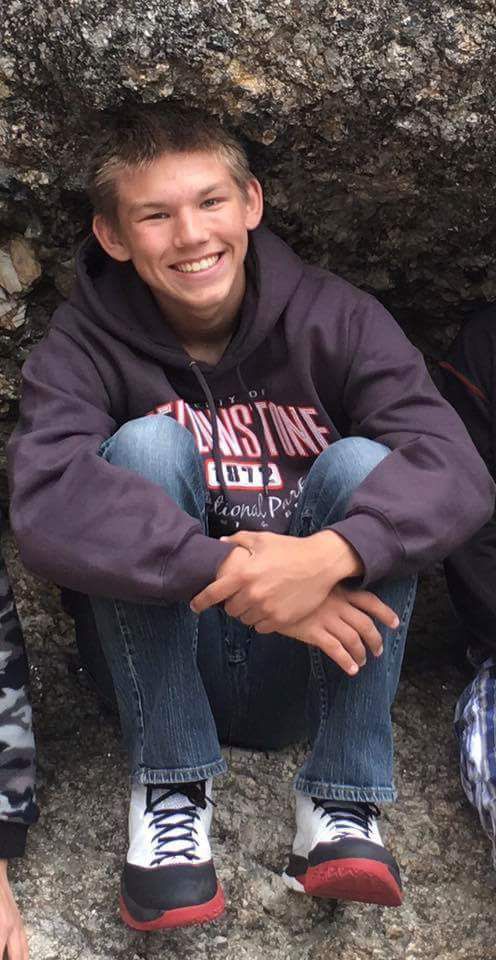 Friends of Ethan Fabian describe the young man as kind and gentle and quick to smile — the kind of person who, after pinning his opponent in wrestling, would immediately try to cheer up that opponent.

“He had such a big heart,” said Jack Vaselaar, who attends Cotter High School and co-captains the Winona Senior High School wrestling team. “He was always smiling. Never had a bad face on him.”

Ethan, 17, was struck by a vehicle Tuesday while riding his bike on East Lake Boulevard. He would have been a senior at Winona High this fall.

People who knew Ethan — whether it’s his coaches, his teammates or his brothers — cannot talk about him without mentioning his smile.

Joe Hoialmen, assistant wrestling coach, said he would even be grinning while running sprints around the high school cafeteria — while most of the guys were red-faced and sucking wind.

Ethan and his brothers bonded through wrestling, often going up against one another at practice.

When Eli or Evann would pin their older brother, Ethan would take a couple minutes to blow off steam. Then he’d be back out on the mat, ready for a rematch.

The Fabian boys say their loss hasn’t fully set in — they half-expect to turn a corner and see Ethan standing there.

Ethan loved to draw superheroes and characters from Dragon Ball Z, his brothers say. He also loved the Minnesota Twins, video games and riding his bike.

“He was always on his bike,” Evann said. “I’m not sure where he went. He’d just go to friends’ houses.”

People could expect to see Ethan riding around town, coaching youth wrestling or working at Hy-Vee.

Jack’s mother often bumped into Ethan at the store, and he would usually call her over to go through his aisle.

“She always looked forward to seeing him,” Jack said. “People noticed his heart.”

The detail about him cheering up his wrestling opponents is no exaggeration, no platitude.

“He’d pin the guy, and there would be a moment when he was just elated,” Drazkowski said. “Then he’d remember the other guy, and he’d go over and say: ‘Don’t feel bad. Don’t feel bad. You wrestled great.’

“Ethan never wanted anyone to feel as bad as he felt when he would lose a match.”

His brothers say that kindness, that sense of compassion, carried over to their brotherly fights.

Even when Ethan would feud with one of his brothers, he never lost sight of the fact that he loved them.

“He loved everybody,” Eli said. “No matter what.”

A visitation for Ethan is scheduled for 5 p.m. Friday, Aug. 18, at Hoff Celebration of Life Center.

The Fabian family has set up a GoFundMe campaign to help cover funeral expenses.

Critter Creations, an antler art business run by the boys’ uncle, is also auctioning off pieces — everything from antler wine racks to antler crosses — and giving all proceeds to the Fabians.

The auctions are conducted on Facebook, and will run for another week.

Having lived within 3 blocks of the site of that accident for more than 10 years I can tell you without a doubt there is good reason to expect a bicycle to pop up unexpectedly at that spot. Adults and kids use that short cut daily and many times they are too aggressive coming up the hill and either they, their bike or their property end up in the roadway because of it. Anyone who lives in that area and travels that road with regularity (twice a day at a minimum for me) knows about that spot and the bikers.
Since I wasn't a witness to what happened and have no knowledge beyond gossip as to what happened and who was at fault I won't cast aspersions toward either party. Please remember that while this gives the "idle lives" collective something to gossip about, a family lost a child and another child was involved. Let's leave the detective work to the detectives so as to avoid rubbing salt in fresh wounds. 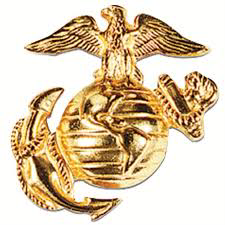 An article about the accident said Fabian "had crossed Hwy. 61 just after noon and gone up the embankment onto the 650 block of East Lake Boulevard ".

I looked too and found nada...I take Sonny at word +1, must be blind spot. Wonder if past complaints were buried. Very sad!

Do we put up a stop sign there like we did after the fatality near Cotter? Maybe a big fence along that stretch of road to prevent pedestrians and bicyclists from crossing there?

There really isn't a reason to expect a bicycle to pop out there.

Stay up-to-date on local and national politics with our weekly newsletter! Sign up→