For more than a decade, whenever she saw the big bronze sculpture at the heart of Winona State University’s campus, Cindy Killion felt nothing but pain.

“As a Native person, it reminds me of our colonization and genocide,” Killion, a mass communication professor, said of the “End of the Trail” sculpture that long stood in the courtyard outside the school’s Performing Arts Center. A replica of a 1918 work by Winona-born artist James Earle Fraser, the sculpture depicts a haggard American Indian man on horseback, appearing to have reached an unseen precipice.

Colin Kohrs: In 1928, a renowned artist represented Winona in the Olympics

“Part of my understanding,” Killion said, “is the sculptor originally wanted to put it near the Pacific, so that it symbolized Native people disappearing into the ocean.”

Now, after years of fighting, Killion has her wish.

Winona State officials announced this spring that the sculpture is being moved to the second floor of Krueger Library. The new display will include a description of the sculpture’s relevance to the history of American Indians.

Workers removed the sculpture from its stone base in March, and it is currently being restored.

In the sculpture’s place, the university is planting an Indigenous Learning Garden featuring work by Indigenous artists and plants with significance to Native history and culture. School officials say planting should begin this fall.

After meetings with Native elders, Winona State officials say the university reached a near-consensus on the decision to move the sculpture, although some would have preferred the artwork stay put.

Tom Grier, a mass communication professor, has argued that “End of the Trail” isn’t meant to disparage or diminish Native people — but to symbolize a student’s journey toward graduation.

He adds that Winona State should honor the wishes of late sociology professor Erv Bublitz, who donated the sculpture to the university and specified where he wanted it placed.

Ervin Bublitz didn’t like to leave anything to chance.

While Fraser, the sculptor, was born here, “End of the Trail” is an iconic and oft-reproduced image nationwide. After spending part of his boyhood in the Dakota Territory, Fraser is said to have built the sculpture as a sympathetic commentary on the decimation of American Indians across the United States.

Chuck Ripley, an English professor at Winona State, said he used to see the sculpture as a romantic representation of Indigenous warriors fading into the past.

But after he talked with Killion and Native students on campus, Ripley’s opinion of the sculpture evolved. It became obvious, he said, why some people took issue with the sculpture’s placement at the center of campus, and with the lack of context surrounding the controversial image.

“I think the miseducation with the statue is that there’s still living and vibrant people who have survived the genocide, and I think the university made a mistake by displaying it,” said Ripley, who reiterated that the sculpture isn’t being removed from campus — just relocated.

“Nobody is talking about doing away with history,” he said. “We’re just trying to understand history in a more substantive and accurate manner.”

Leinenkugel’s makes a good beer, and Land o’Lakes butter is tasty. But why do both companies have a Native American maiden on their label? Thi…

Native American artists will discuss their work Monday as part of an exhibition titled “They Will Show You,” curated by Winona State Universit… 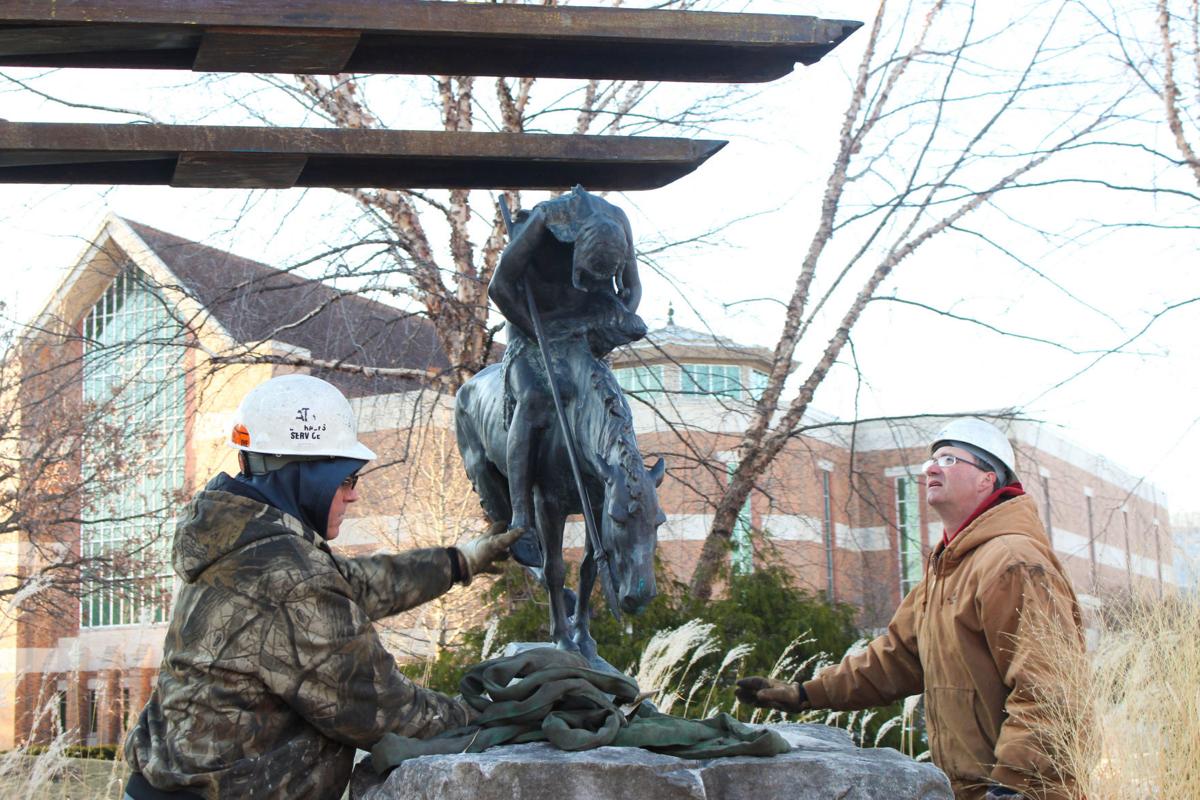 Workers remove the "End of the Trail" sculpture that had stood outside Winona State University's Performing Arts Center since the late 1990s. The university decided to move the sculpture to Krueger Library after Native elders said the artwork conflicted with the school's plans to build an Indigenous Learning Garden nearby. 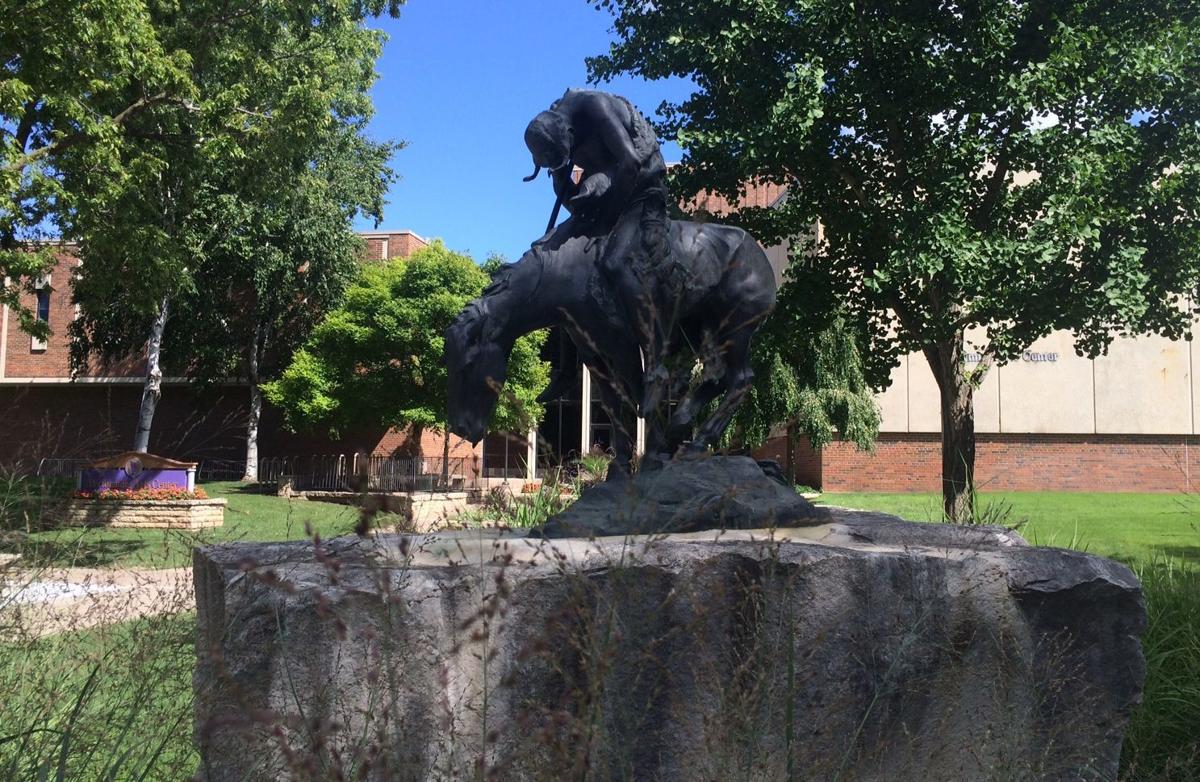 James Earle Fraser’s “End of the Trail” will no longer sit in the middle of Winona State’s campus.