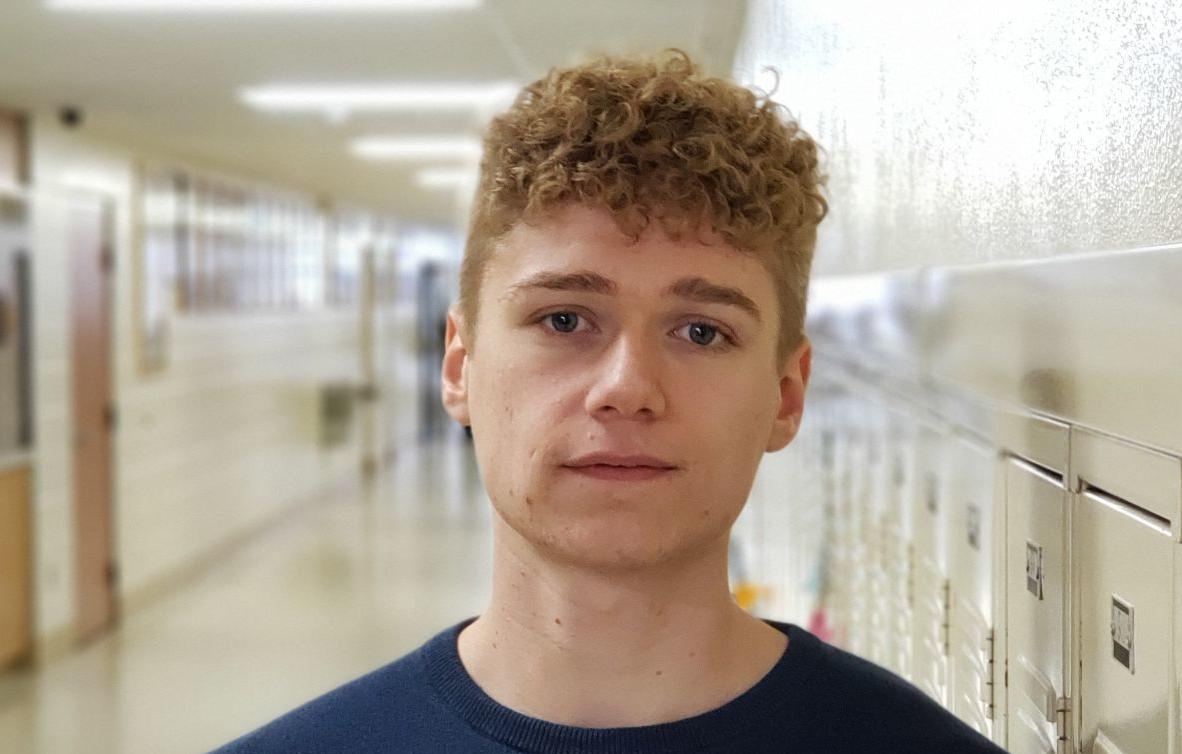 Ten years ago in Florida, Jaden Abraham came back from school to find police officers and social workers surrounding the hotel room Jaden’s family was staying in.

He was taken into foster care that day. And he stayed there for about a year.

Jaden, 18, is the Winona Daily News Above and Beyond winner from Houston High School. He’s a student who is determined to leave the past in the past and instead work toward a comfortable future.

The day before Jaden was taken into foster care, he had been left with his siblings in a car while his dad’s girlfriend disappeared into a house. A little while later she came out crying and said she was going to call the cops, Jaden said.

“They brought us to a drug deal,” Jaden said.

Jaden said he remembers it vividly, just as he remembers bouncing from one hotel to the next during his childhood.

After being taken from his dad and living in foster care for a year, Jaden’s mom Kristyna Jensen received custody in 2011 and flew to Florida to get him. It was awkward and strange at first, Jaden said. He hadn’t seen his mom or siblings since he was little and she was to suddenly become his guardian.

Next came a familiar feeling. He packed up his belongings and moved to another state — his fifth state and his fifth guardian. After a plane ride to Minnesota, he landed on a farm in Houston.

“I remember waking up and my sister and brother were staring at me,” Jaden said with a chuckle. “The first week they just followed me around.”

At first it felt stable. But it didn’t last long.

Jaden’s mom and her boyfriend at the time, Michael Norquist, didn’t get along well, he said. Jaden lived with both of them — and their three shared kids — for a year or two and then Michael and his mom broke up.

Jaden really liked Michael and it was obvious that Michael cared about him, so Jaden decided to stay at Michael’s during the week and at his mom’s on the weekends. Living with Michael allowed Jaden to be closer to his school and more importantly the sports teams that Jaden was highly emotionally invested in.

Over time, with eight kids and some no longer in his mom’s custody, the relationship between Jaden and his mother dwindled until it became almost nonexistent.

“We don’t really have a relationship,” Jaden said with a shrug.

Jaden felt stable and cared for with Michael.

“I’m not his kid, but I am,” Jaden said. “It’s definitely my home. It’s the only place I’ve ever been for more than a short time.”

Michael — who grew up in the foster care system — reiterated the same thing.

“I consider him my son,” he said confidently.

And Michael acts like it. Michael goes to many of Jaden’s basketball and baseball games and shows that he cares in all that he does, Jaden said.

“His life is his kids,” Jaden said. “I don’t know what I would do without him.”

Finally Jaden had the stability and encouragement he needed to focus on his future.

Jaden — who didn’t care about homework when he lived in hotels or was bouncing between homes — is now almost a straight A student. He plays on the varsity team for basketball and baseball and is focusing fully on his future.

Between Michael, Jaden’s longtime girlfriend and a community that knows him well, Jaden has the support system he needed. The rest he wants to leave in the past. The choices of others weren’t his to make and he doesn’t want them to affect him any longer, he said.

As far as what that future holds, Jaden said he’s not shooting for the stars. That’s not what’s important to him. He wants to go to college, get a good job, live comfortably, be content and enjoy life.

“I just want to live a normal life,” he said with a chuckle.

ABOVE AND BEYOND PROGRAM

The Winona Daily News Above and Beyond Award honors seniors in area high schools who have overcome obstacles or provided exemplary service to their communities. Since its inception 15 years ago, Winona State University, Saint Mary's University of Minnesota State College Southeast have provided scholarship assistance to Above and Beyond students who attend a local campus. In addition, Winona's Jerry Raddatz and the Daily News have provided scholarship assistance.

Above and Beyond: Rushford-Peterson High School's Vinnie Mason lives to make kids happy

Above and Beyond: Rushford-Peterson High School's Vinnie Mason lives to make kids happy