A Winona small-business owner who knows firsthand the value of health insurance is hosting an event Friday hoping to convince Winona’s youngest and healthiest to sign up, too.

They’ll even get the benefit of having a beer while learning the details.

Ed Hoffman will host a happy hour event at Ed’s No Name Bar featuring a certified representative for the state’s MNsure health exchange. The event comes three days before the March 31 deadline for Minnesotans to sign up for health insurance under the new federal law or face a fine.

Anyone is welcome at the event, though Hoffman figures the target crowd will generally be between the ages of 18 and 34. That makes Hoffman the kind of ambassador states across the country are looking for — those working to reach a large group of people, dubbed “young invincibles,” who are generally healthy and lack basic health insurance.

“As a small business owner, I know a lot of folks who don’t have insurance,” he said.

Until recently, Hoffman was one of them. After he launched his bar, he sacrificed his insurance and went without for a number of years. Then a series of medical bills the past couple of months gave Hoffman a wake-up call.

“I felt kind of silly for not having filled out the application sooner,” he said.

He’s hoping the event will allow new applicants to ask honest questions, get personal assistance from a MNsure representative, and, as he put it, “navigate bureaucracy with a beer.”

The idea to hold the event came from Hoffman’s longtime friend Jacob Grippen, a community outreach liaison for MNsure and regular performer at Ed’s.

Buying insurance, the 30-year-old said, can be scary or confusing at times, and it’s easy to put off.

Holding the event at the bar is an effort to meet uninsured Winonans in an environment that’s fun, social and accessible, he said.

Part of the event will be coaching people through the process, which hasn’t been the smoothest for everyone in Minnesota, with its own exchange, or other states using the federal system.

Hoffman found his own signup tricky, he said, but manageable. After a few bumps at the beginning his application went smoothly and he is due to receive coverage starting April 1.

The biggest message Grippen hopes to communicate, he said, is that young invincibles are anything but.

“The hospital doesn’t care how old you are,” he said.

DETAILS: Attendees should bring their social security number, current income information and estimate of income for 2014

If talking healthcare over a beer isn't your thing -- or you're just not available -- there's also a separate sign-up event Friday in Winona at Live Well Winona, 619 Huff St., from noon to 4 p.m.

MINNEAPOLIS (AP) — Minnesota's new health care exchange celebrated a milestone Tuesday as officials announced they have exceeded their goal by enrolling over 136,700 Minnesotans in insurance plans with less than a week to go in the inaugural open enrollment period.

The MNsure board of directors set a goal of 135,000 enrollments last October, a more modest expectation than the projections of 164,000 to 270,000 individuals given to lawmakers before they approved the exchange in March last year. The exchange still has a long way to go if it's going to approach original estimates that 1.3 million Minnesotans would get their coverage there by 2016, including 300,000 who had no health insurance.

"We are thrilled that more than 136,000 Minnesotans have enrolled in quality, affordable coverage through MNsure," the exchange's chief, Scott Leitz, said in a statement. "We're not done yet. There are six days left in open enrollment, and we want to make sure every Minnesotan has the ability to obtain health insurance coverage."

MNsure has traveled a troubled road since open enrollment began last October. Its website was plagued for months by serious technical problems that made it difficult to enroll, though Leitz told reporters Monday that the site is working well now. The exchange's first executive director, April Todd-Malmlov, resigned abruptly last December after she came under fire for taking a tropical vacation while technological problems and long helpline waits remained unresolved.

In a statement, Gov. Mark Dayton said surpassing the enrollment goal "demonstrates the significant progress MNsure has made since December."

Dayton added: "This is a major achievement, but more must be done to improve MNsure's functionality and customer service for Minnesotans."

More than 36,000 Minnesotans have signed up for private insurance plans through the exchange, while over 100,000 residents have enrolled in the public Medical Assistance and MinnesotaCare programs, the announcement said. Enrollments in the public plans, which serve lower income Minnesotans, have been significantly higher than MNsure officials anticipated, offsetting the much lower than expected sign-ups for the private plans.

People who fail to enroll by the 11:59 p.m. Monday deadline face federal tax penalties of $95 or up to 1 percent of their annual income, whichever is greater. Consumers who can show that they've made a good faith effort to enroll by the deadline but can't complete the process due to technical glitches or other problems will get reprieves.

The deadline does not apply for enrolling in Medical Assistance, which is the state's version of Medicaid, or MinnesotaCare, a program for the working poor.

What's going on in Winona? 100 Miles of Christmas, Holiday Lighted Parade and more

Throwback Thursday: Winona readies for nuclear war: Where to go if/when they drop the “Big One”

This story originally appeared on Nov. 13, 1966, in the Winona Daily News. 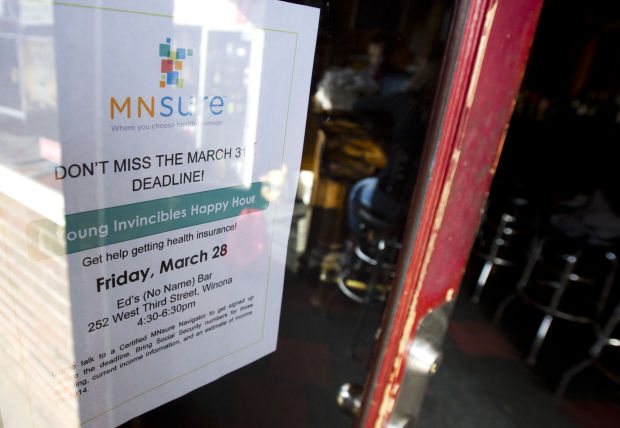 Ed's No Name Bar in downtown Winona is hosting a Young Invincibles Happy Hour to encourage attendees to sign up for MNSure before the March 31 deadline. 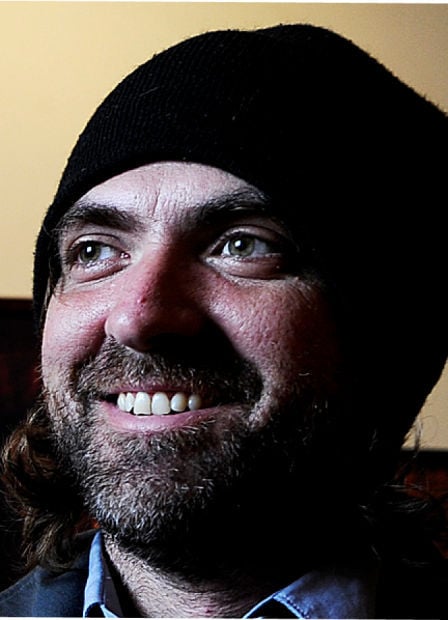