Become a Member
Read Today's E-edition
Share This
Downtown building may be saved: Grant to fund analysis of burned Mason Jar bar
0 comments
Share this
1 of 2 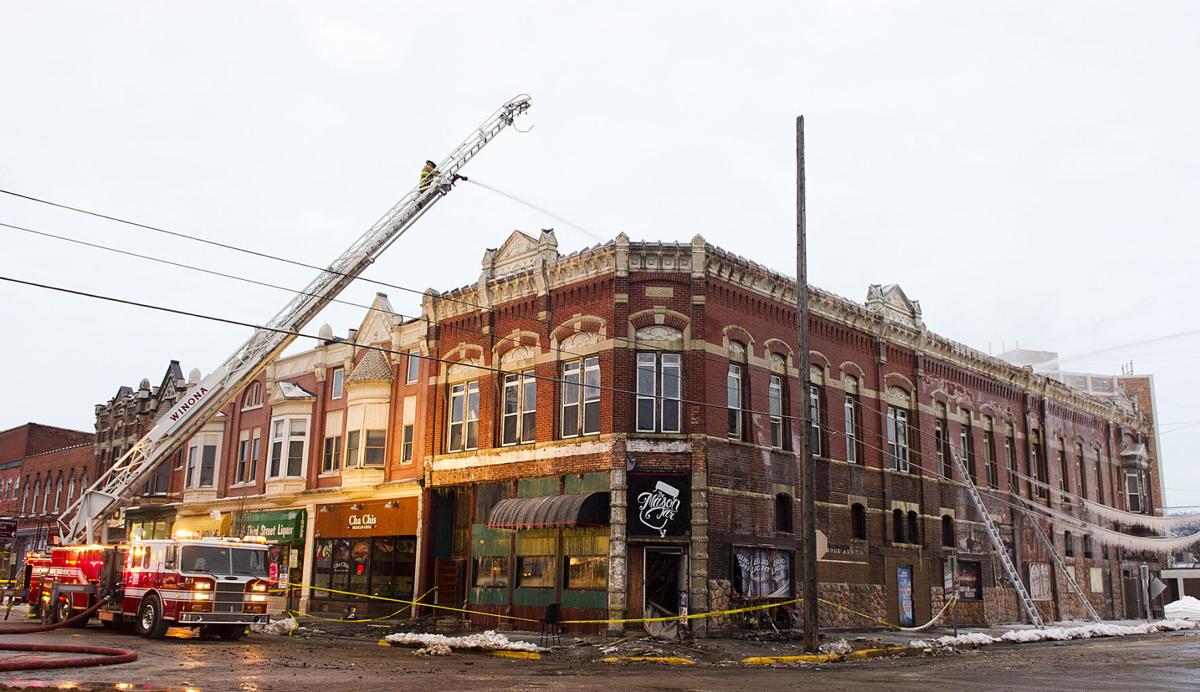 An early-morning fire gutted The Mason Jar bar and upstairs apartments at 151 E. Third St. on Feb. 6, the third downtown fire in about 18 months. 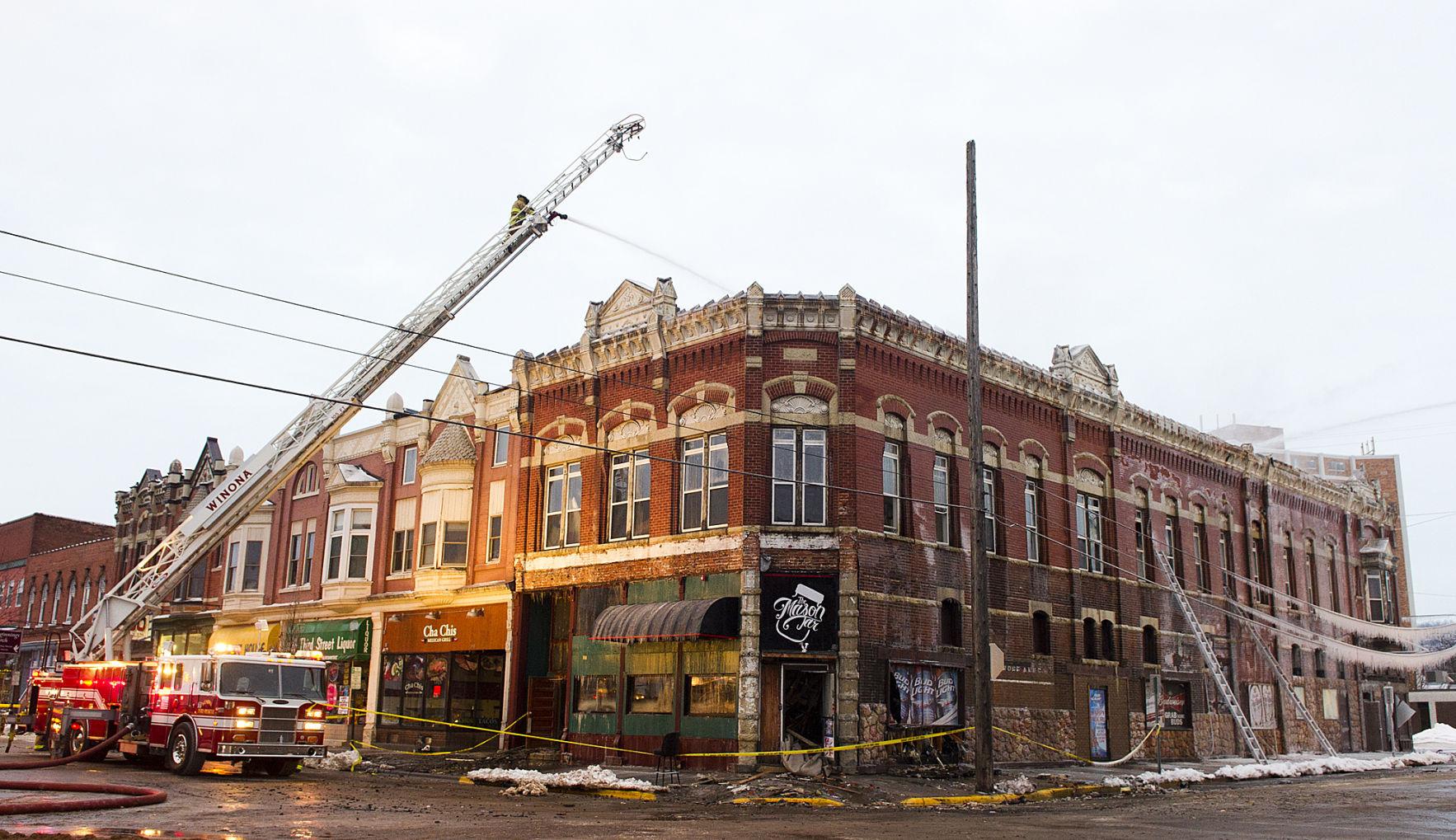 An early-morning fire gutted The Mason Jar bar and upstairs apartments at 151 E. Third St. on Feb. 6. The building owner hopes to restore it.

After a devastating fire in February, all hope may not be lost for the historic building on the corner of Third and Walnut streets in Winona.

The building at 151 E. Third St., which housed the Mason Jar bar and seven upstairs apartments, caught fire early in the morning on February 6 and was extinguished before dawn. No cause for the fire has been determined so far, fire officials said.

The Winona City Council on Monday approved a resolution from the community development department to apply for a Minnesota historical and cultural heritage grant of up to $10,000 to fund a structural analysis of the building.

The analysis would look at the building’s soundness to determine whether it is safe to repair and which elements would have to be addressed in renovation. Representatives from the state historical society visited the site earlier this year and recommended the grant to begin the process.

City community development director Lucy McMartin said the building is eligible for the grant because it is part of the historic Third Street commercial district. The district was added to the National Register of Historic Places in 1998.

She said the city has an interest in saving the building because it’s a significant, large corner building. If the building is determined to be safe to renovate, McMartin said there are federal and state tax credit programs that could help with 40 percent of the building costs.

Chase Hoffman, who has owned the historic building for about 10 years, said based on his inspections of the building after the blaze, the fire destroyed the contents of the building and its roof, but the brick shell is largely intact and has little heat damage. He hopes the structural analysis confirms his observations.

“There’s a lot there to start with,” he said.

He said he’s interested in learning more about whether it can be saved, but he’s cautious about the economic feasibility of such a project. Until he gets the results of the structural analysis, it’s hard to see the path forward.

Hoffman said he has received plenty of support from the Winona community in the aftermath of the fire, and he hopes for good news.

“That building is an integral part of that block, which has historical significance to Winona,” he said. “Most people are excited to see that we’re going down the path of saving that building.”

The former YWCA and KidSport building at 223 Center St., which burned down in September 2014, is being torn down this week to make way for wha…

In Case You Missed It: A recap of top Daily News stories from the week of April 6-12.

The building on the corner of Third and Walnut streets may be rehabilitated after the fire that burned much of its interior.

2015 IN REVIEW: A year of big changes in Winona's downtown

The year brought substantial changes across downtown Winona, from a surge in residential development, to improvements to Levee Park, to severa…

View photos of the fire the destroyed the Mason Jar bar and seven apartments in downtown Winona on Friday, Feb. 6, 2015.

A historic downtown Winona building caught fire early Friday morning, though the fire was quickly contained and no one was injured.

Three downtown fires, but no trend

There are more than 100 old buildings in downtown Winona.

An early-morning fire gutted The Mason Jar bar and upstairs apartments at 151 E. Third St. on Feb. 6, the third downtown fire in about 18 months.

An early-morning fire gutted The Mason Jar bar and upstairs apartments at 151 E. Third St. on Feb. 6. The building owner hopes to restore it.