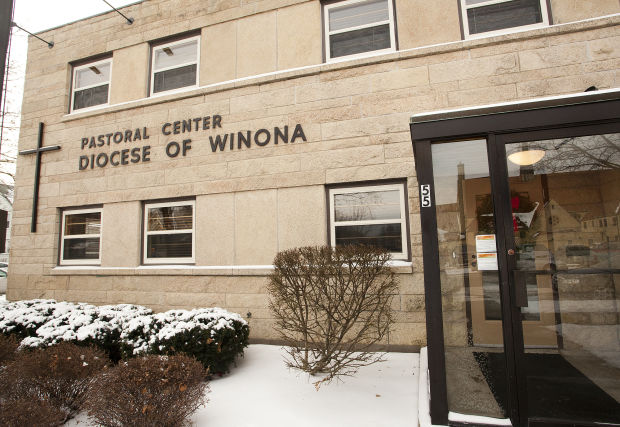 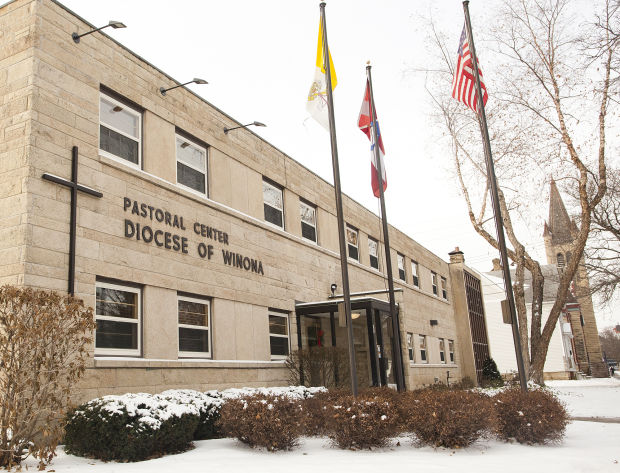 The names of 14 Diocese of Winona priests credibly accused of child sexual abuse are now public, nearly a decade after they were first collected.

The diocese released the names Monday in response to a court order earlier this month. Bishop John Quinn called it a “very difficult morning,” and advocates for abuse victims  described the release as a big, but only the first, step toward healing and justice.

Those on the list have worked at 45 parishes in 44 cities across southern Minnesota. All but five are deceased, some have not been active in the diocese for decades and only one still lives in the Winona area. Their service at Winona-area parishes runs primarily from the mid-1950s through the 1970s, though a few continued to serve into the 2000s.

Some of the priests were suspended and then defrocked, while others left the diocese voluntarily or died before any formal action was taken.

None of the priests on the list have been convicted of any criminal sexual crime. Only one faces an active criminal investigation stemming from the allegations; the others still living were never charged with a crime, and in most cases the statute of limitations would have long expired.

“It is a time for healing, a time for truth,” Quinn said in an interview Monday. “I never want this to happen again.”

The most prominent — and most expected — name on the list is Thomas Adamson, a former priest who has been publicly linked for years to accusations of abuse. He was ordained in 1958 and  served in Winona diocese parishes until 1975, when he was transferred to the Archdiocese of St. Paul and Minneapolis. Adamson was suspended in 1984 and defrocked in 2009. The 80-year-old Rochester resident was barred last year from all diocese parishes and schools.

One of the remaining four living priests on the list, Joseph C. Cashman, declined to comment Monday when reached at his home in Dallas, Texas. Leland J. Smith, the only priest on the list who still lives in Winona, did not return phone calls, and no one answered the door at his house Monday afternoon.

The other two — Jack L. Krough and Leo Charles Koppala — were unable to be reached for comment.

Quinn, who took charge of the Winona diocese in December 2008, said he was not personally familiar with all of the allegations lodged against the priests on the list, and that since the information is part of an ongoing legal procedure, he could not comment on specific accusations made against any of the 14 that are not already part of the public record.

Quinn said the diocese will “cooperate fully with any investigation.”

“Hope for the healing that can come for all victims,” he said. “I hope to help in that healing and I sincerely apologize to them.”

Attorney Mike Finnegan of Jeff Anderson and Associates, which represents a number of abuse victims in civil suits that also called on judges to release the names, said the release was “a first step” in an ongoing struggle to hold the Winona diocese and others across the state accountable for acts committed by clergy.

He said the next step will be the release of all documents related to the accusations made against the 14 priests. Those are the files that show “what the bishops knew and when they knew it, and what they did to conceal child sex abuse in the diocese,” Finnegan said.

He said his firm formally requested that the Diocese of Winona release those documents. It has also made the same request of the Archdiocese of St. Paul and Minneapolis, which released its own list of 33 priests accused of abuse earlier this month. Bishop Quinn and Archbishop John Nienstedt have 30 days from receiving the requests to respond.

Barbara Dorris, the outreach director for SNAP — Survivors Network for those Abused by Priests — released a statement Monday also calling on Quinn to turn over all internal documentation on the priests on the list, as well as order them to be put in a treatment center, and pay personal visits to each parish where they worked.

“Let no one breathe a sigh of relief today,” she said. “Let no one misunderstand what’s happening in Winona. This is not reform. It’s simply a bishop obeying a court order so he won’t get in trouble.”

Anderson and Associates’ original request was for a list of 13 names of Diocese of Winona priests “credibly accused” of child sexual abuse, the term coming from a nationwide study published in 2004 to determine the scope of clergy sex abuse that led to the lists.

The firm has known about the lists held at dioceses across the state for years and has previously fought without success for their release. Church leaders have balked at releasing the lists, saying they could harm reputations of innocent priests. They argue the term “credibly accused” had a low threshold and meant that any report of abuse that was “not implausible” was included.

When a Ramsey County judge ordered the release of both the Winona and St. Paul-Minneapolis diocese lists earlier this month, he also ordered the dioceses to reveal the names of any priests credibly accused of abuse since 2004. The diocese of Winona also released that name Monday, bringing the total to 14.

That name was Leo Charles Koppala, who entered the diocese in 2008 from India and served parishes in Blue Earth and Winnebago, Minn., before being placed on administrative leave in June 2013 pending the outcome of criminal charges in Faribault County for sexually abusing a minor. He is accused of molesting a girl at one of her relative’s homes, according to court records.

If the release of the list leads to further investigation into any of the priests, it’s not likely to yield criminal charges because in most cases the statute of limitations would have long since expired.

Any investigation may however lead to a civil suit because of a new state law, called the Minnesota Child Victims act, that ends the statute of limitations for child victims of sexual abuse who seek compensation from abusers later in life.

The Winona and St. Paul-Minneapolis dioceses are the first two in the state to release their lists of priests. Other dioceses across the state, including in Crookston, New Ulm and Duluth, are also under pressure to release similar lists.

‘We will be a stronger and holier church’: Bishop expresses sadness over allegations; says diocese reaching out to help parishioners

Bishop John Quinn spoke with the voice of a penitent church Monday morning.

A collection of stories about Thomas P. Adamson.

BLUE EARTH, Minn. (AP) — The Diocese of Winona said a Blue Earth priest has been placed on a…

SAVE on your first 3 months! Join today