Winona County sheriff’s deputies, working with the Southeast Minnesota Narcotics and Gang Task Force, placed an online ad offering a woman’s sexual favors for a price, sheriff’s department investigator Kraig Glover said Wednesday. Three men responded to the ad and traveled to a Winona County motel hoping for a rendezvous with a prostitute, but were greeted by a female undercover officer instead.

At 5:11 p.m. Randall Phillip Hegge, 56, arrived from his home in Byron, Minn. Hegge agreed to pay $150 for sex, Glover said, agreed to use a condom and asked if they “could go a second time if he was able.” He was placed under arrest, answering that question.

At 7:12 p.m. Daniel Jared Hayes, 23, from Duluth, Minn., arrived, also agreeing to pay $150 and expressing a preference for certain positions, according to court documents. When deputies placed him under arrest, he said he was there looking for a massage and that prostitution only briefly “crossed his mind,” according to Winona District Court documents.

A fourth man answered the ad, but was a no-show, Glover said.

Hegge, Hayes, and Achen each appeared before Judge Margaret Shaw Johnson Wednesday, each charged with a single gross misdemeanor count of patronizing prostitution. Bond was set for each man at $6,000.

Glover said the sting operation was a local response to a significant increase in sexual exploitation of women and minors nationwide. “We’re seeing more and more of it,” he said.

Two La Crosse area men were arrested and charged in a similar sting at a Winona hotel June 26, 2014. One of the men entered a guilty plea, and was fined $500 and sentenced to a year’s probation. The trial for the second man is scheduled to begin in July.

A 43-year-old Winona man was arrested Monday after allegedly pointing a gun at another Winona resident.

The man convicted in the 1981 murder and sexual assault of Susan Erickson is now living in the same community where the crime occurred.

Trees and power lines knocked down by Ian 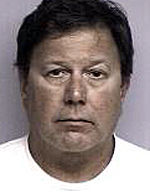 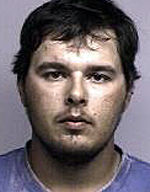 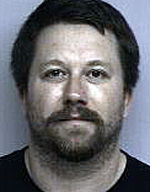